We’ve got some exciting news this holiday weekend that all you Avatar fans are sure to love!  Earlier this week, Empire magazine shared an exclusive first look at a new character from James Cameron’s much-anticipated sequel Avatar 2. 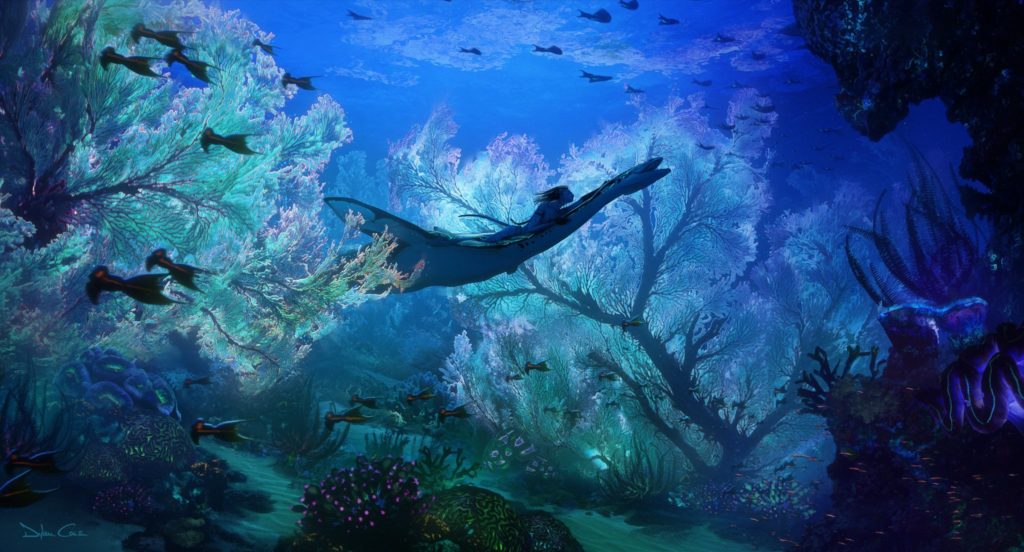 As we’ve previously mentioned here at MickeyBlog, the second installment in the Avatar franchise is arriving after a 13 year gap between the films.

Though Cameron and crew aren’t giving too much away regarding the sequel, we do know that the film will focus on Jake (Sam Worthington) and Neytiri (Zoe Saldana) who now have their own family including some Na’vi kids Neteyam, Lo’al and Turkitrey. Interestingly enough they also have a human child named Miles Socorro (AKA Spider.) This character will be played by Jack Champion. We are told that Spider was born at the Pandora military base and was too small to return to Earth so was adopted by Jake and Neytiri.

We’ll share a first look of the image EMPIRE shared of Spider below which, according to the magazine was shared by producer Jon Landau who recently sat down for an interview with the magazine.  Landau says of the character, “Jake took him in but Neytiri always saw him as one of the people who destroyed her home and killed her father. So you have all these dynamics playing out.”

Check out this just-released photo of @JackTheChamp as Spider in the #AvatarSequels! Producer @jonlandau sat down with @EmpireMagazine to share new details — see the full article below for more. https://t.co/vajC6TfCmA

Landau also had this to say regarding what guests can expect from the film,  “If you look at what Jim does in his movies, he writes in universal themes that are bigger than the genre of any one movie. This time around, we’re taking Jake and Neytiri and building the most universal theme of all around them. Which is family. Jake comes from the human world, Neytiri from the Na’vi world. So, they’re like a modern mixed-race couple, raising kids who perhaps feel they don’t belong to one world or another.”

You can check out the full EMPIRE interview here.  Avatar 2 arrives in theaters on December 22, 2022.

Readers are encouraged to keep following along with MickeyBlog for more Avatar news and updates in 2022!