Spotted today at the Main Street Bakery in the Magic Kingdom: the new Starbucks 50th anniversary Magic Kingdom “been there” mug!

This is the second in the series to debut in honor of Walt Disney World’s 50th anniversary. We’ve already snagged (and love!) the Hollywood Studios mug. You can also find the Epcot and Animal Kingdom mugs their parks. 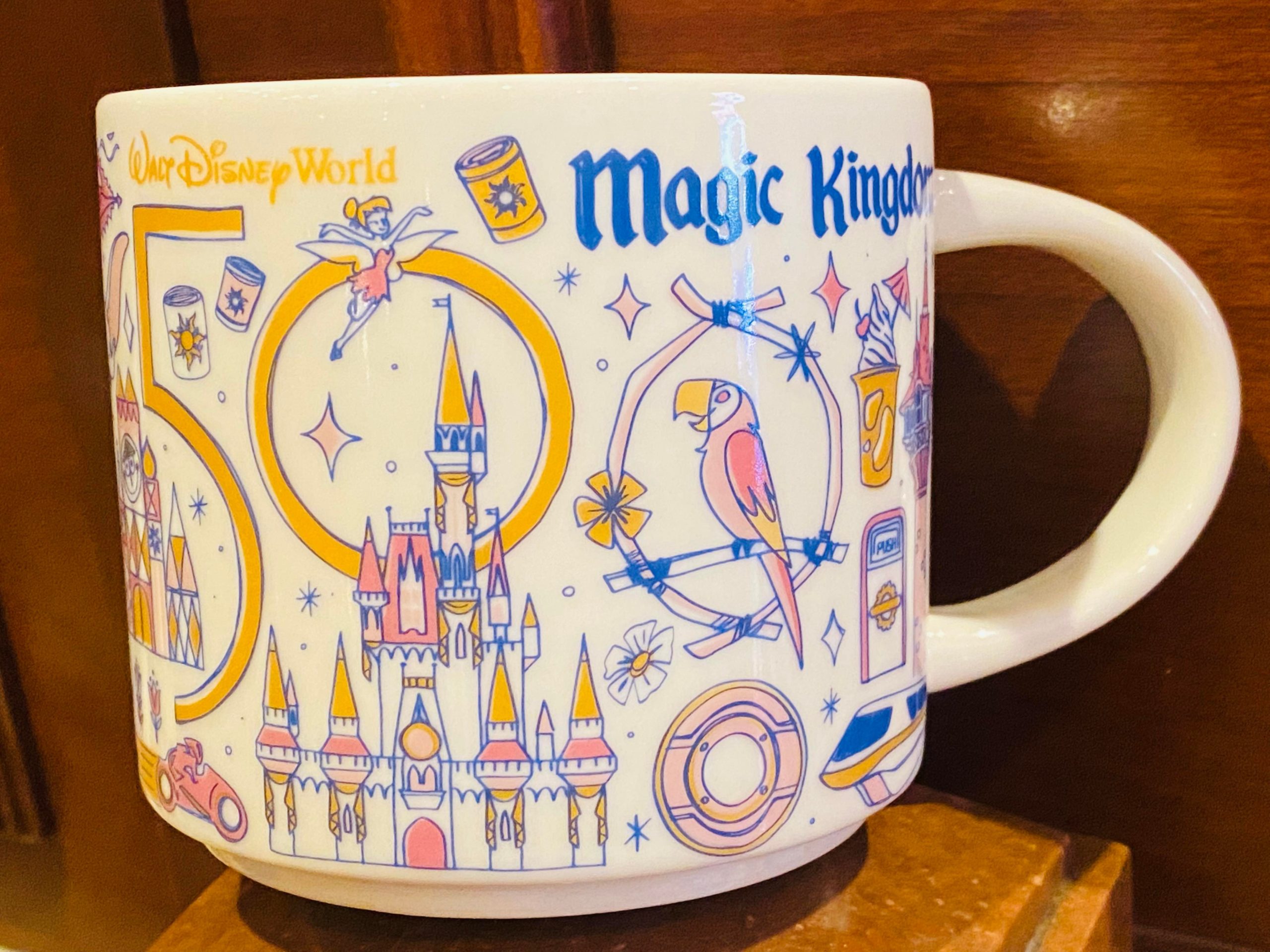 Each of the four parks will have their own 50th anniversary been there mug with different coloring. This mug features the Magic Kingdom icons and attractions in pink, yellow and blue with an off-white background. 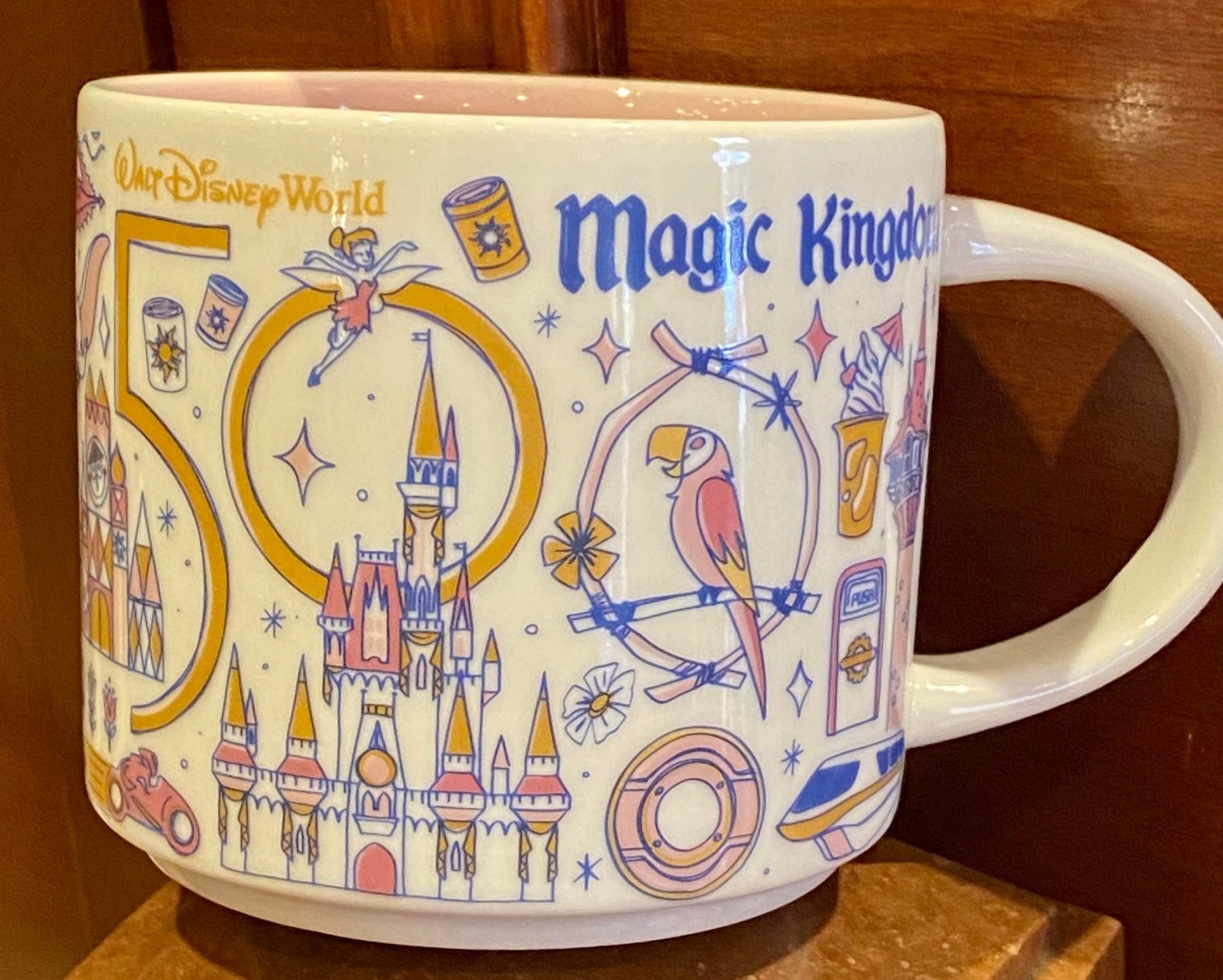 The back of the box lists all of the attractions and icons that are displayed around the mug. The list includes the following: 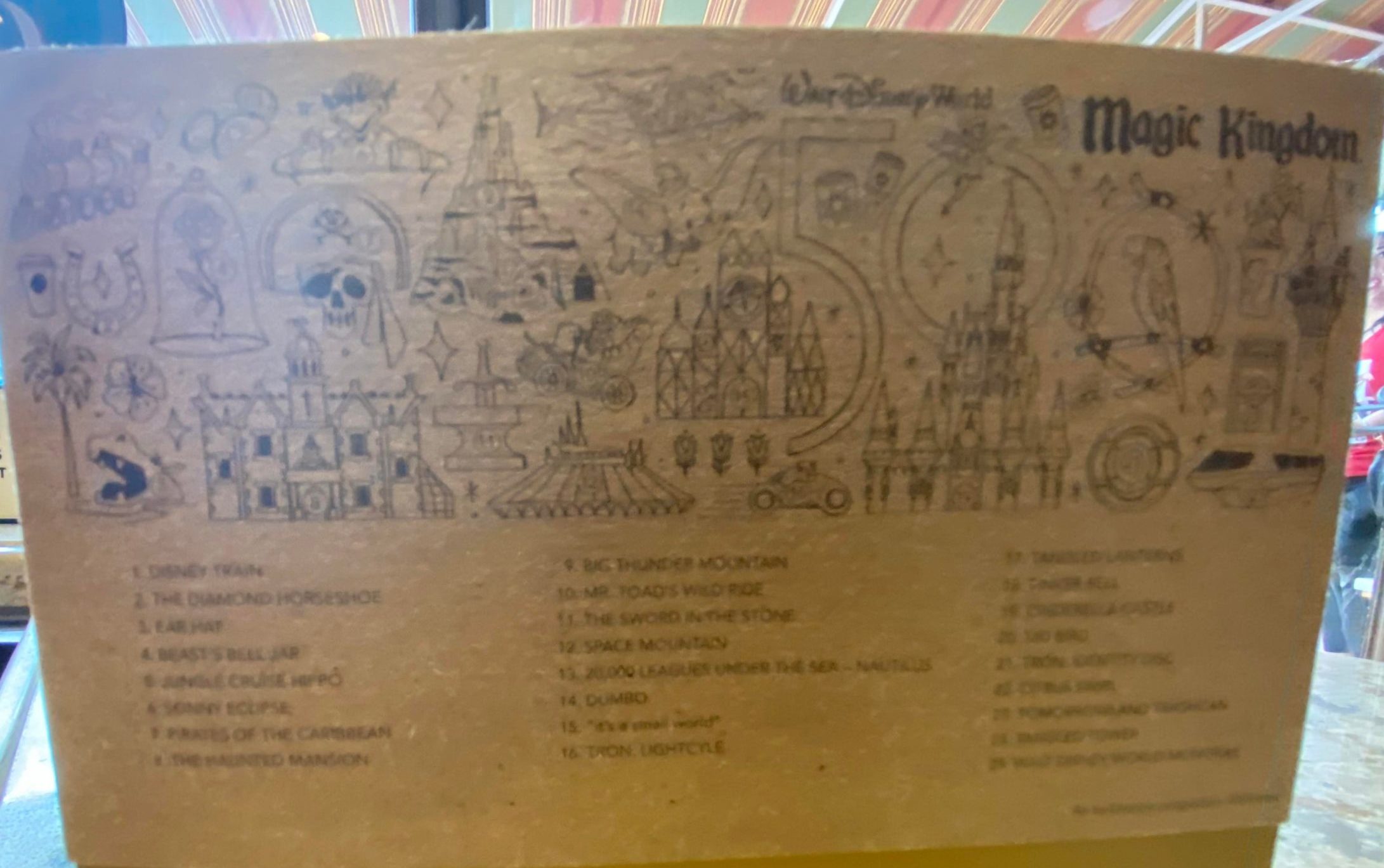 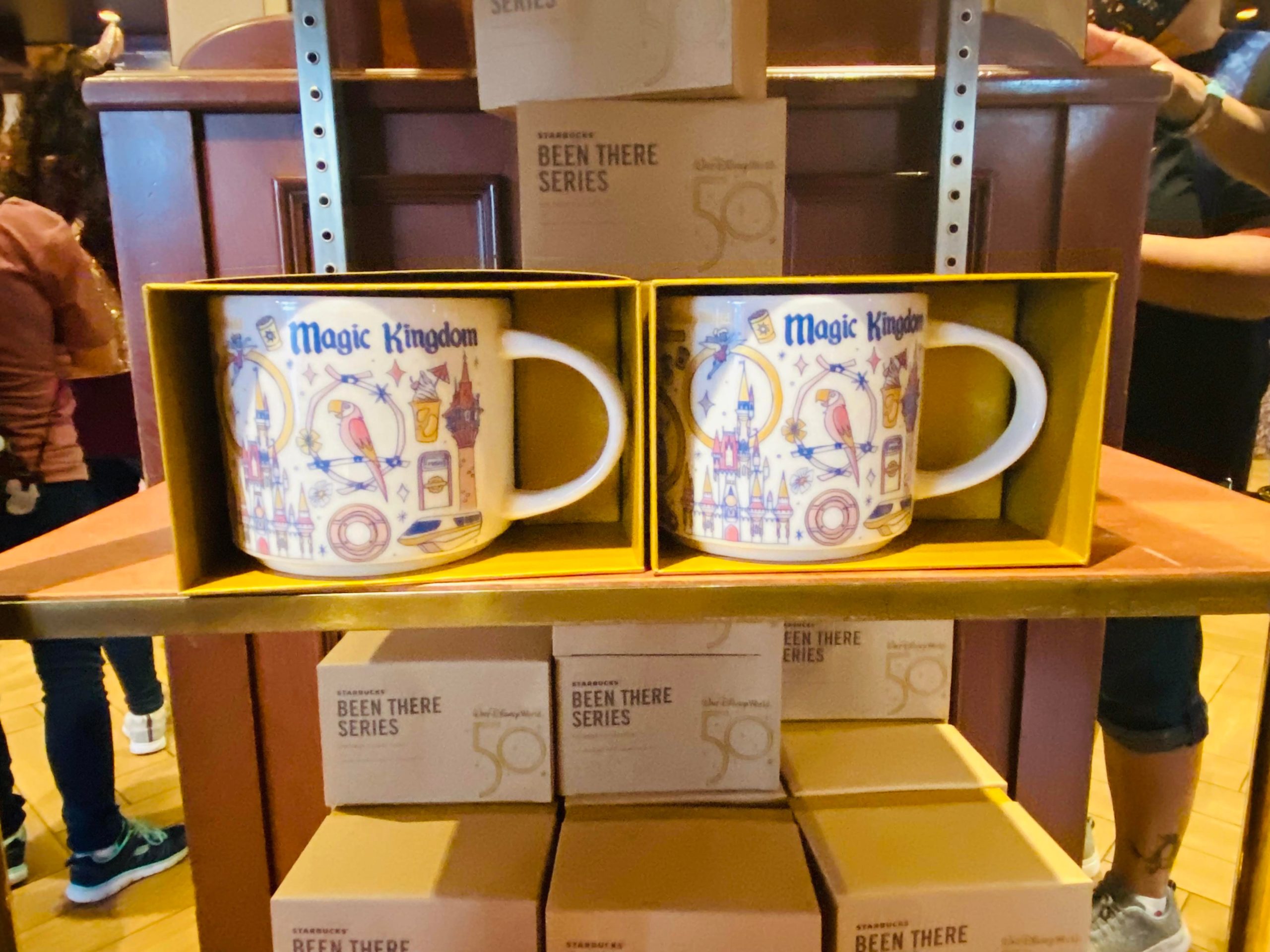 The 50th anniversary Magic Kingdom been there mug is priced at $22.99 and can be found the Main Street Bakery.

Also spotted: the Magic Kingdom been there ornament! 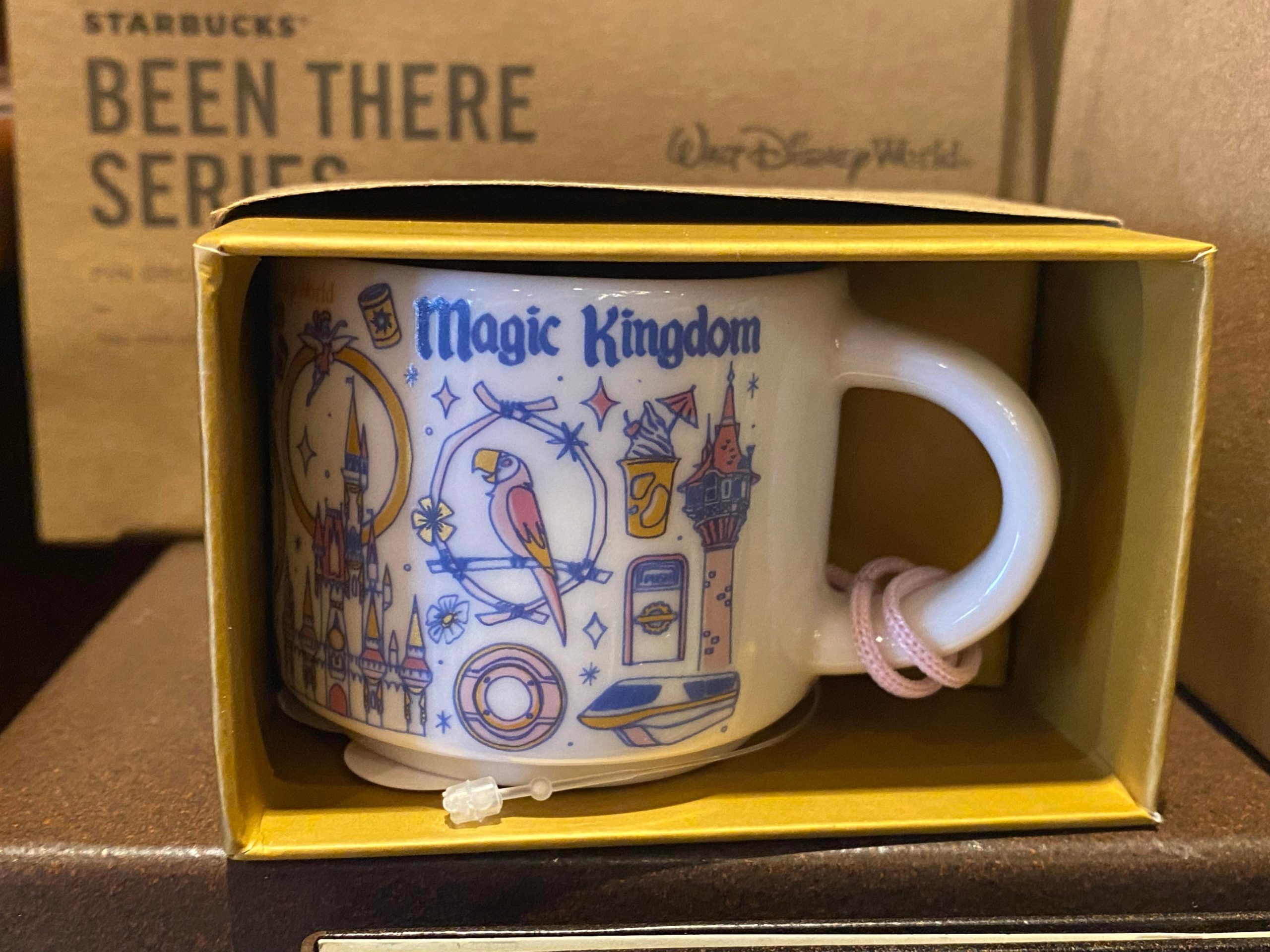 This adorable ornament is a miniature of the Starbucks Magic Kingdom been there mug, and priced at $14.99.

It’s a great option if you already have enough mugs.

But who are we kidding – we’re going to need both the ornament and the mug! 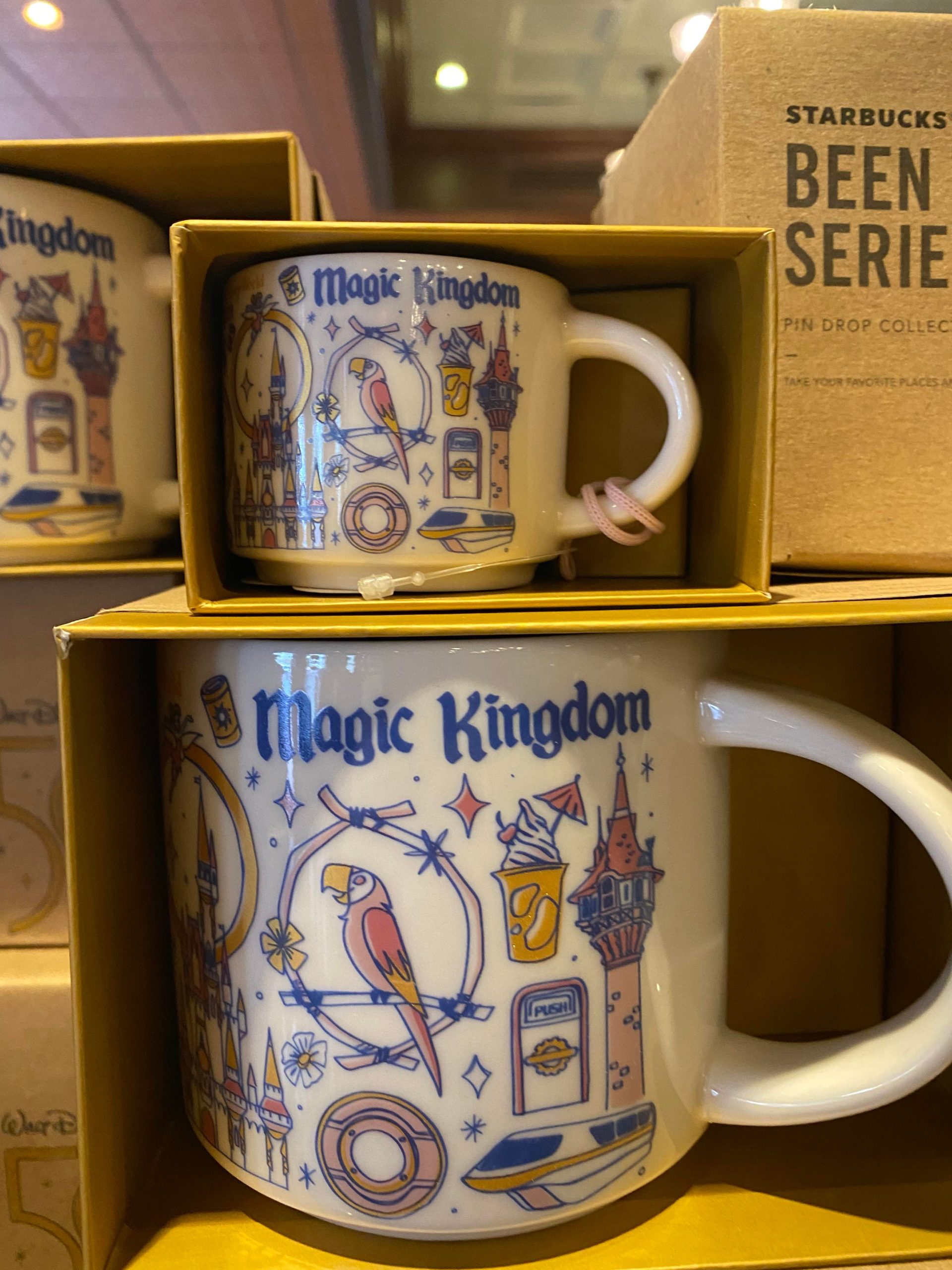 How about  you? Are you collecting the Starbucks 50th anniversary been there series mugs and ornaments?