We are back at the Magic Kingdom today and noticed that even more Lightning Lane signs have gone up at some big Magic Kingdom attractions. 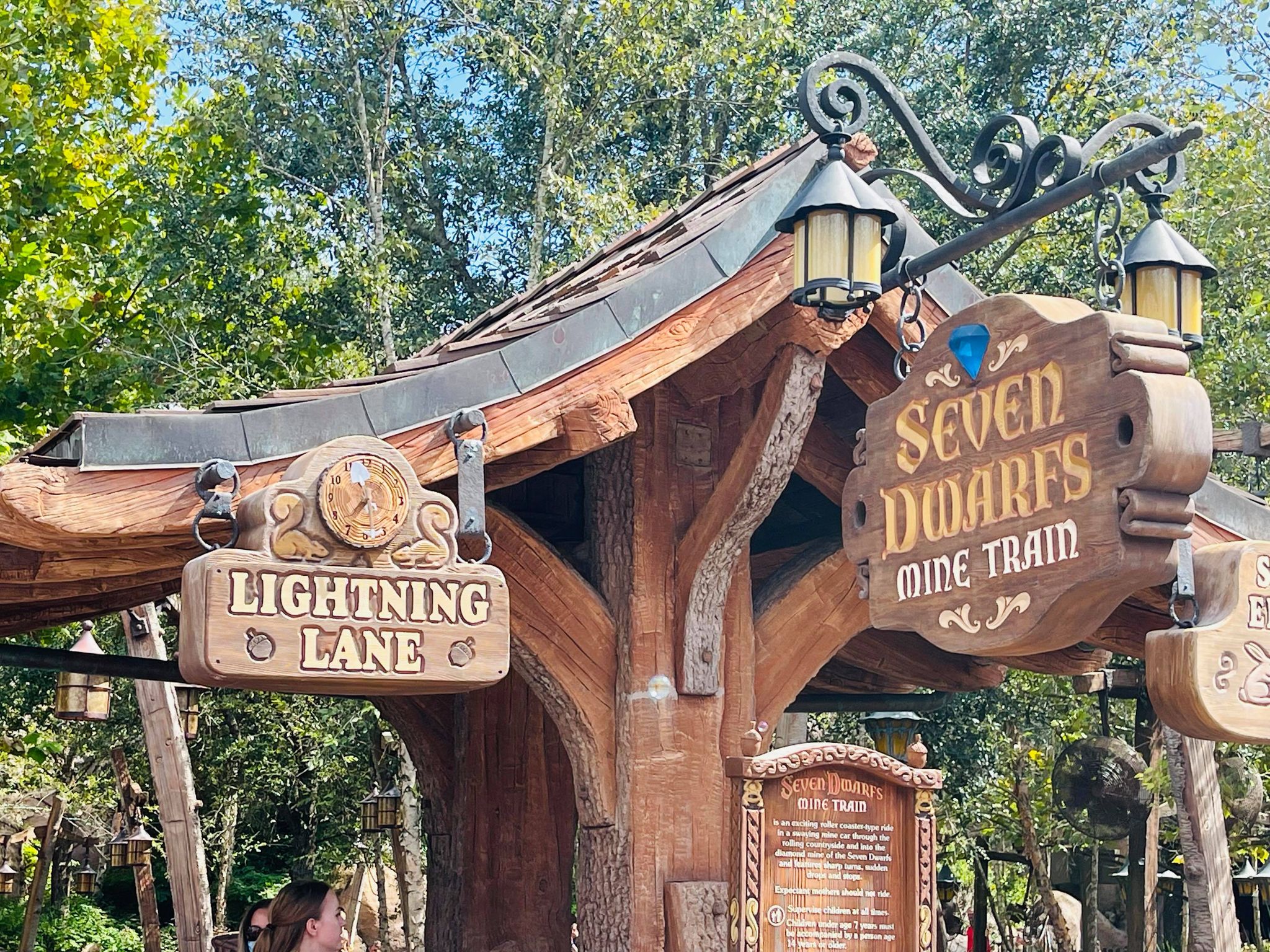 For those following along with us you’ll know that FastPasses are so last year! Disney has a brand new front-of-the-line system called Genie+ and Lightning Lane coming this fall. 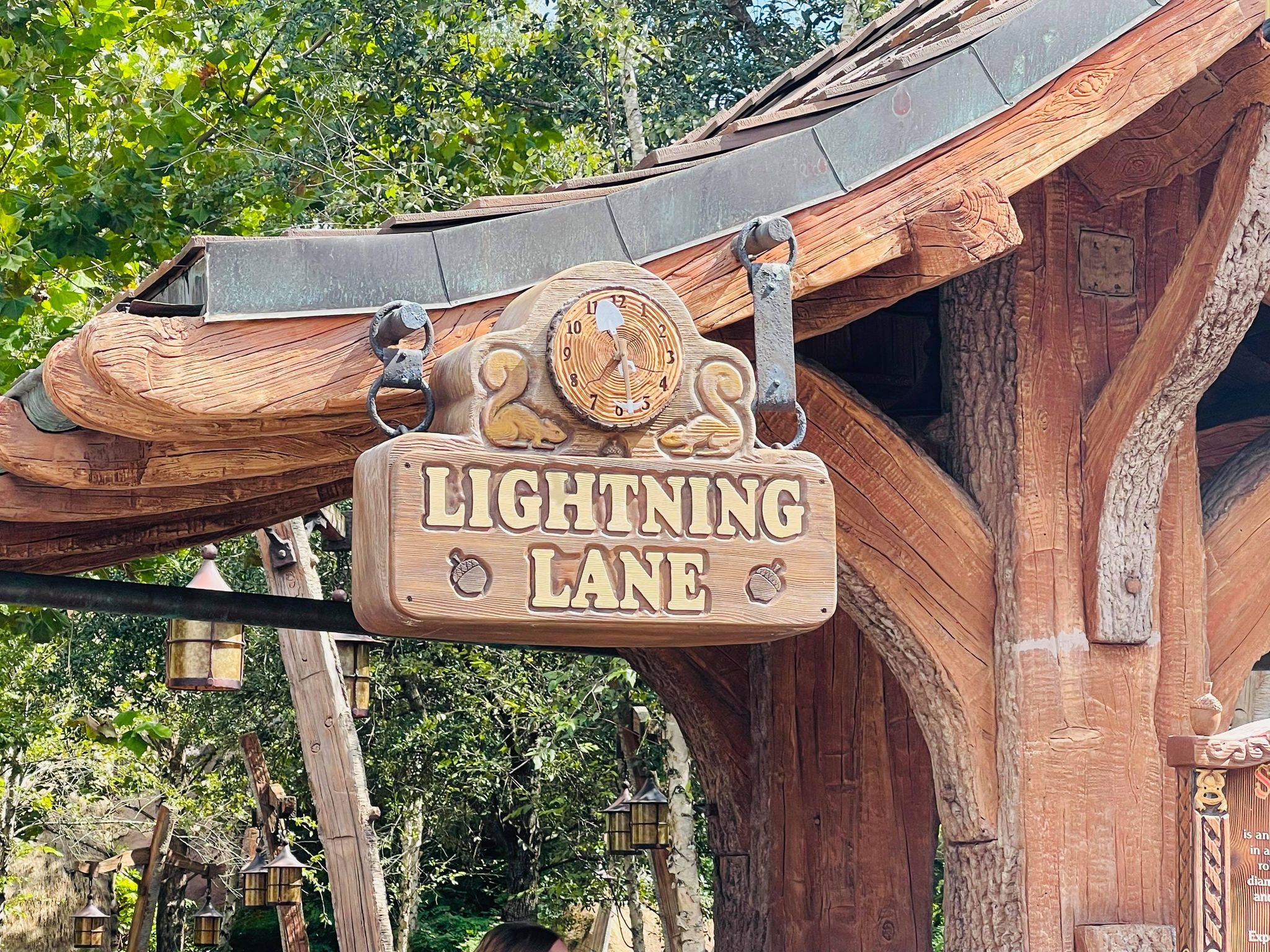 This will be a paid-for system, the details of which will be released at a later date. 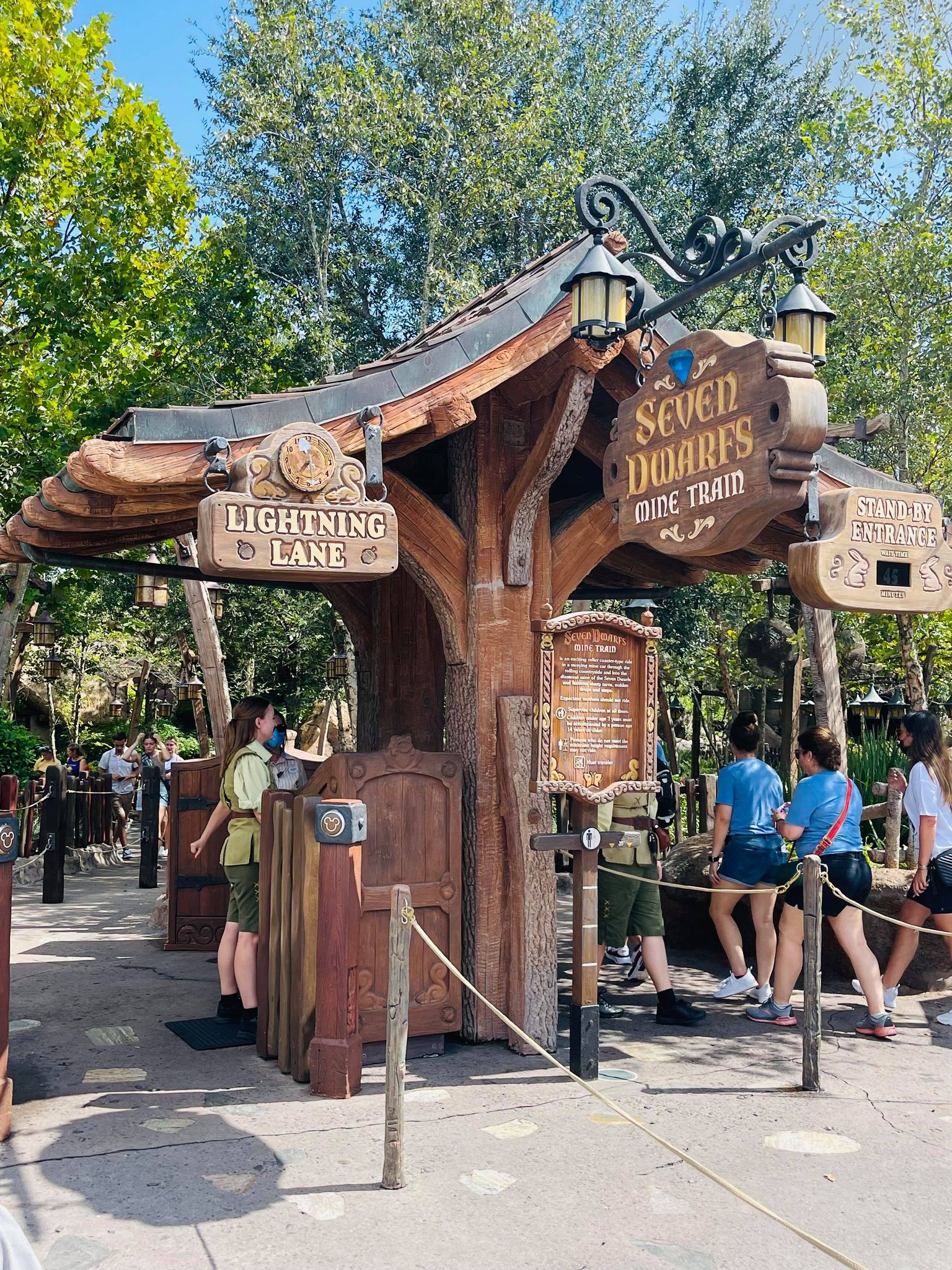 As Disney World theme parks ready for the new system we are slowly seeing many of our favorite attractions update the signage in their queues from FastPass to Lightning Lane. 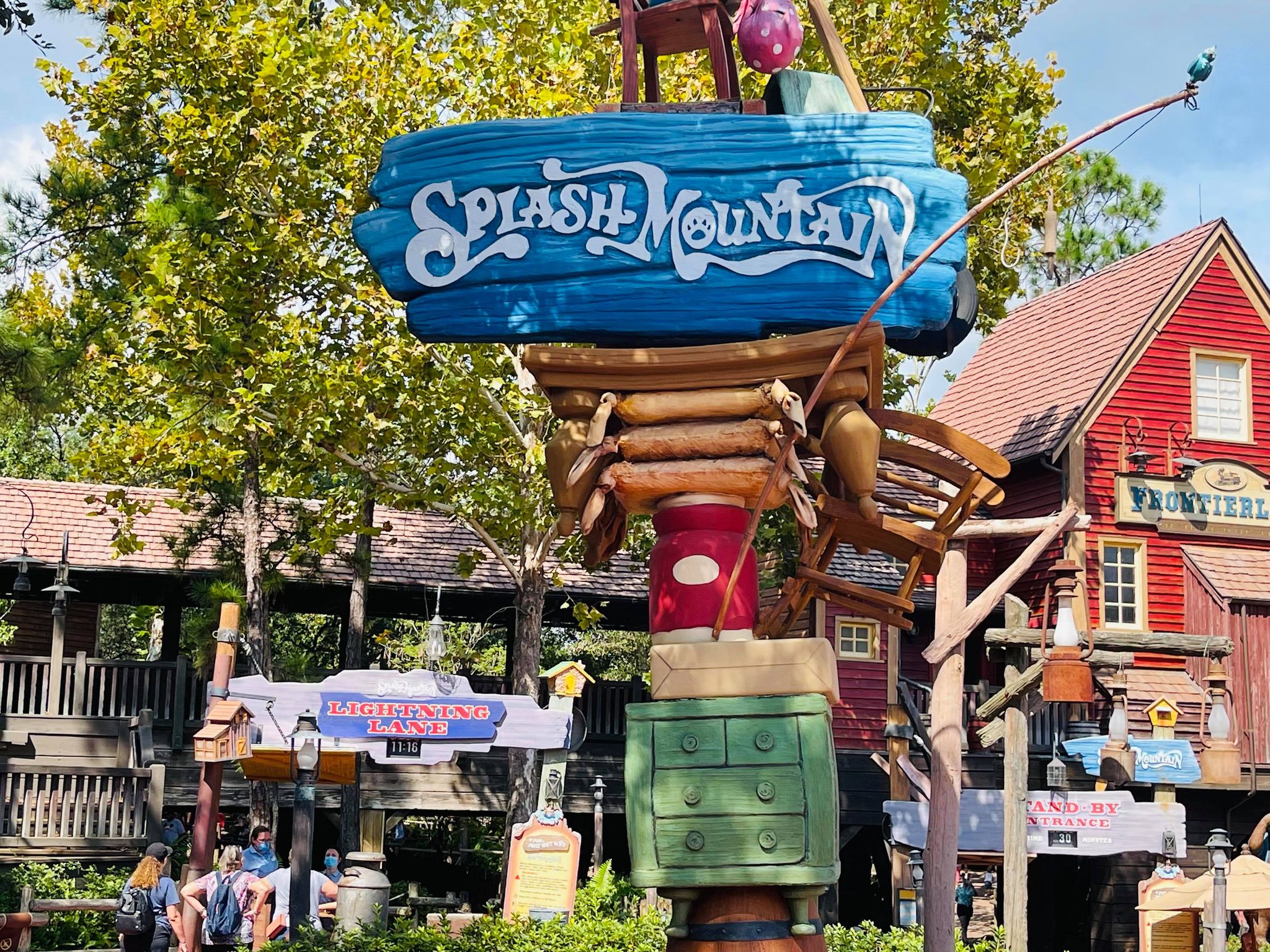 The more of these that we see get switched over, the closer we are to Disney revealing more exciting details about a launch date for Genie+ and Lightning Lane. 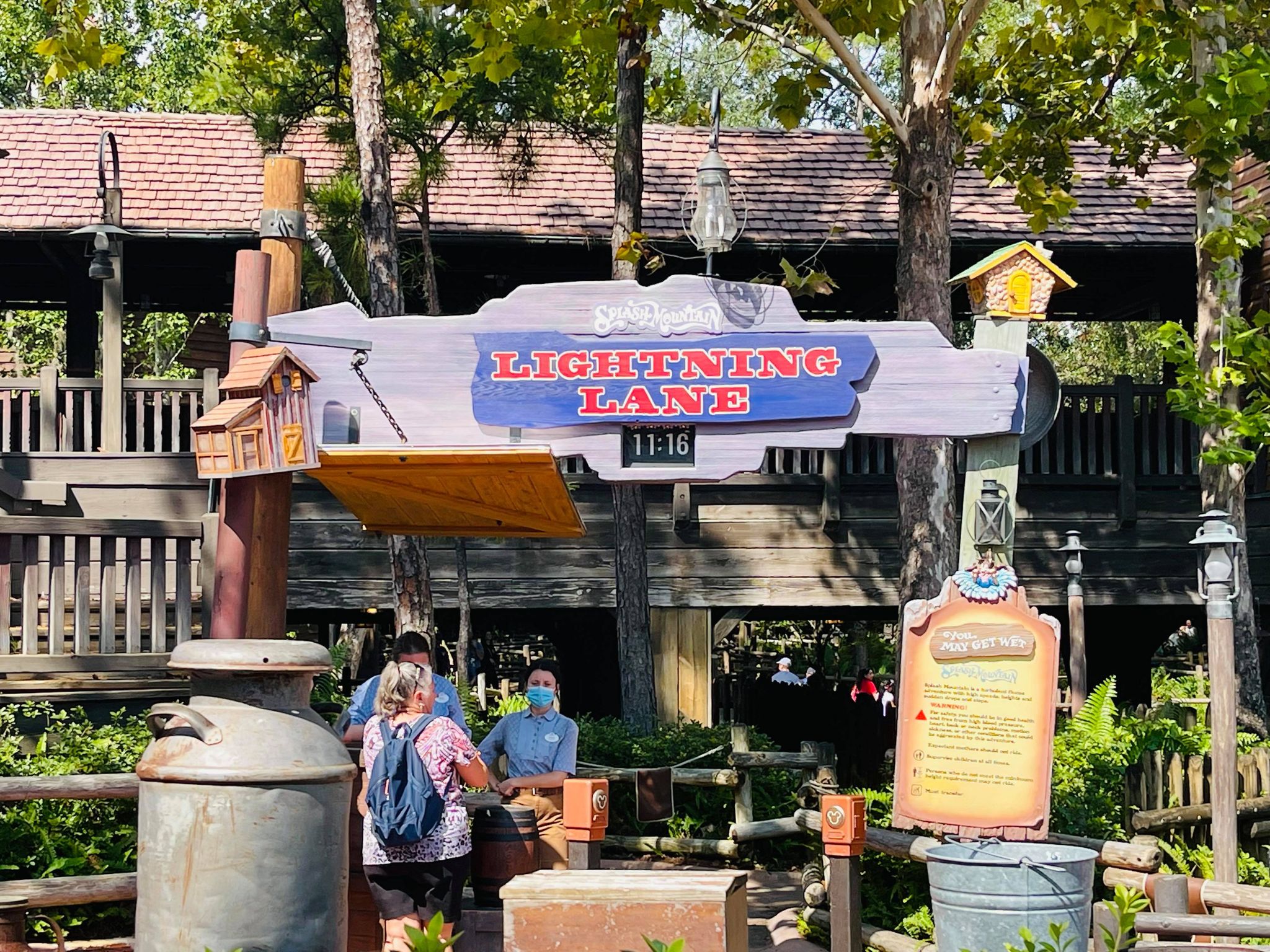 As you can see from our images above, you can see the the queue has been updated at Seven Dwarfs Mine Train on New Fantasyland. 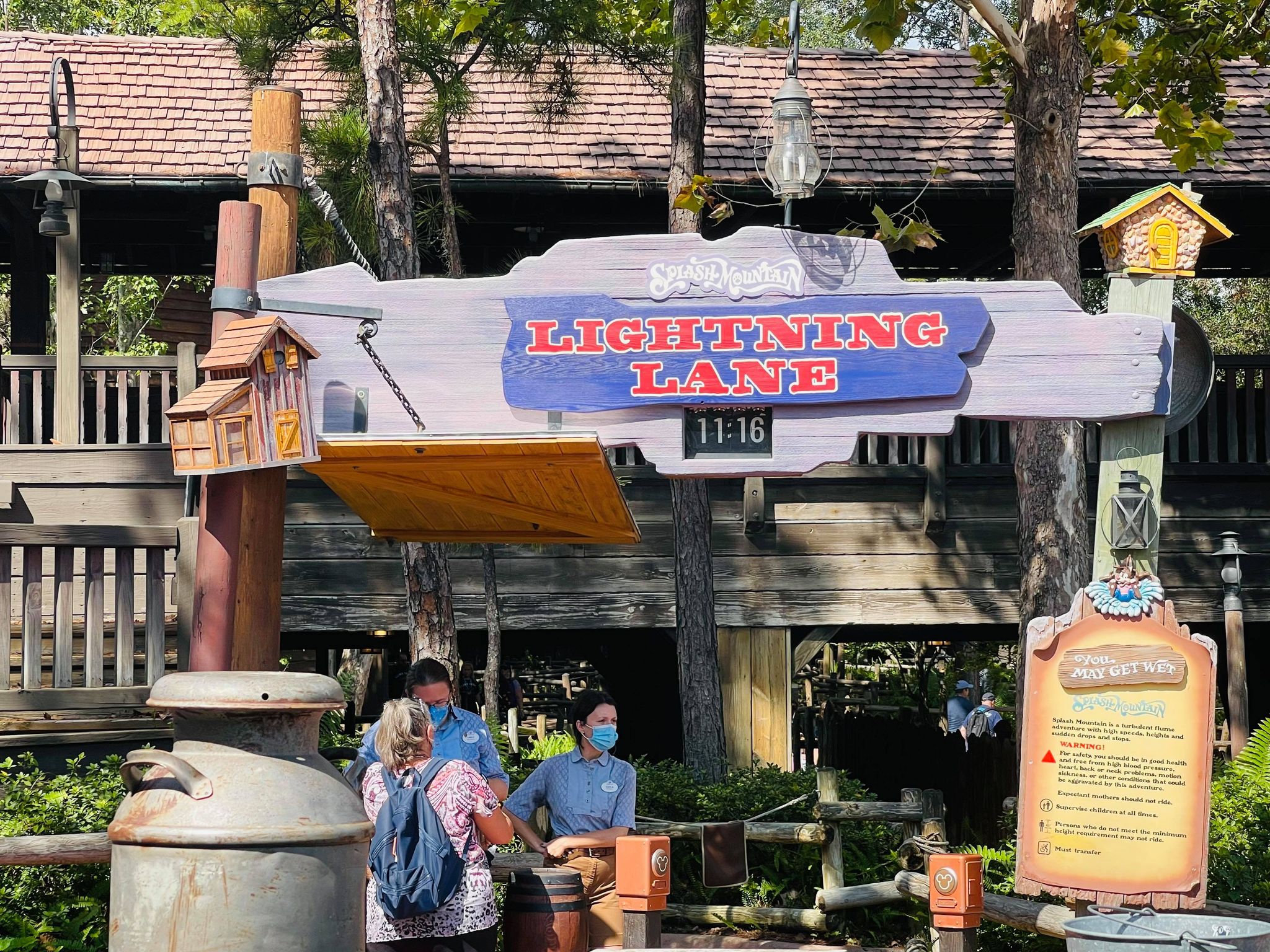 This is also the case over at Splash Mountain. 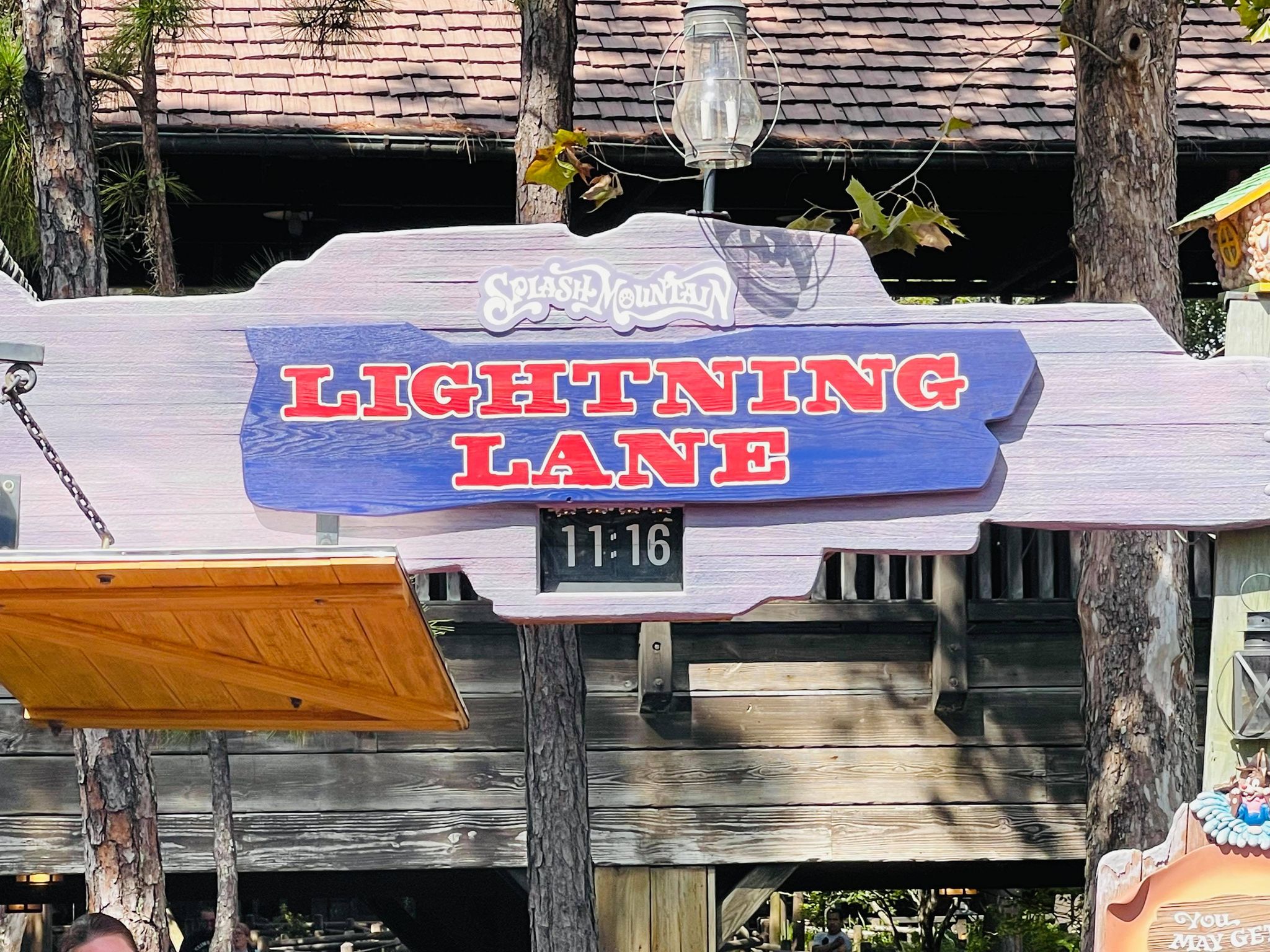 Though some of the signage updates seem a bit more temporary (like the sign at The Haunted Mansion) you can wee that a new wood sign is now actually up at the Frontierland ride to match the stand-by queue. 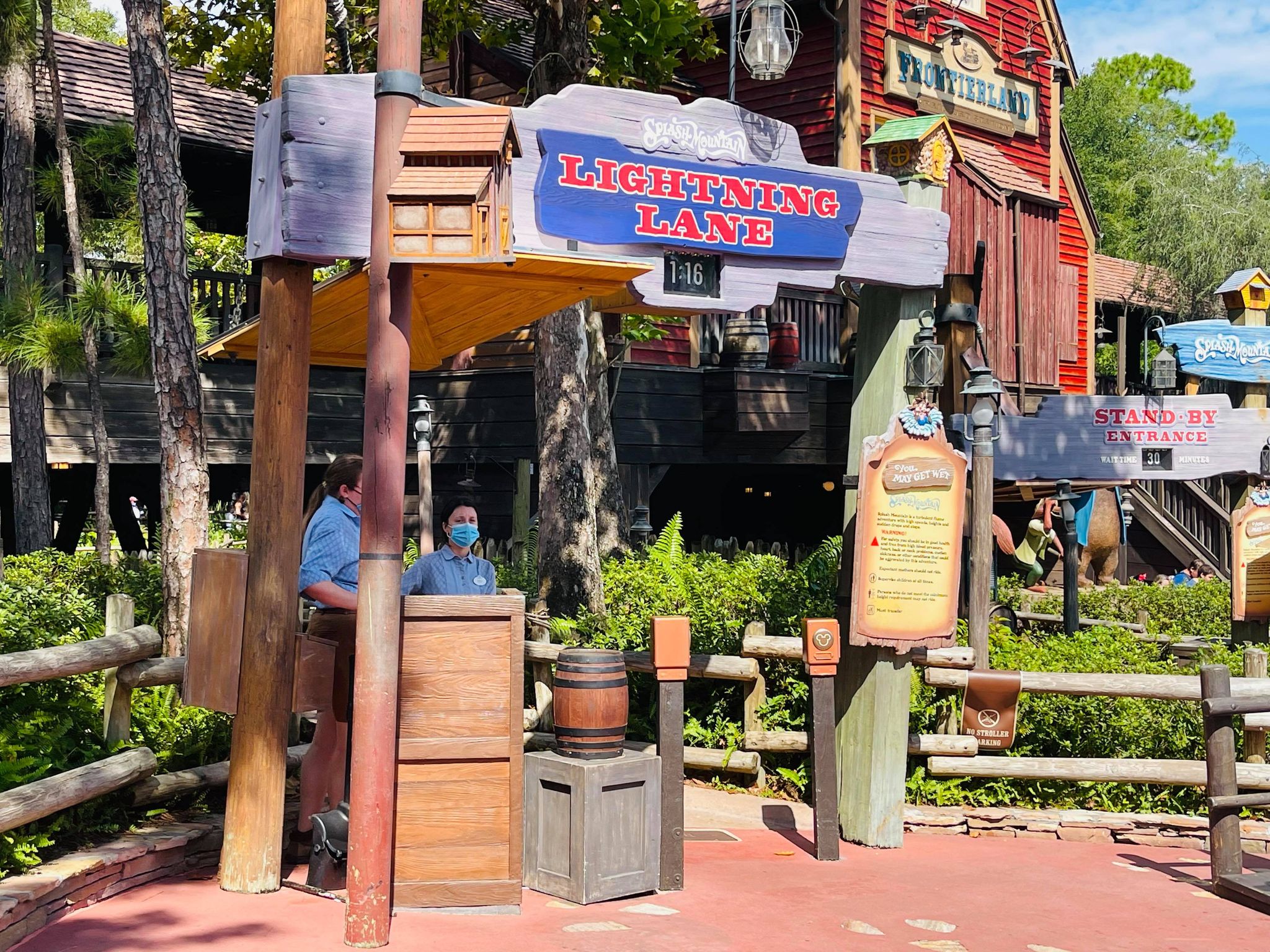 Cast members are still stationed at the queues for FastPass/Lightning Lanes but these are not in use just now. 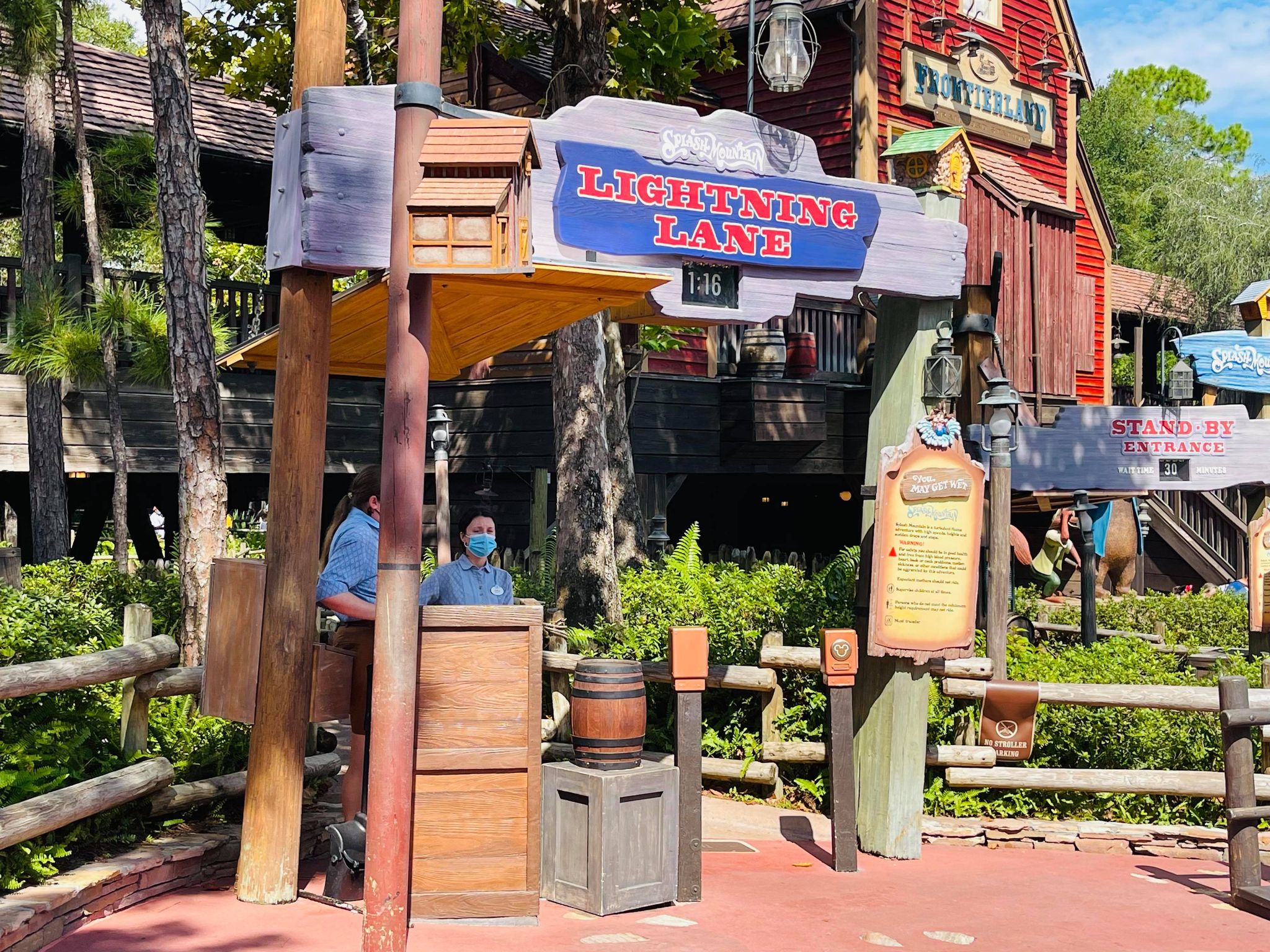 Until the new system is officially launched, all Walt Disney World rides are stand-by only. 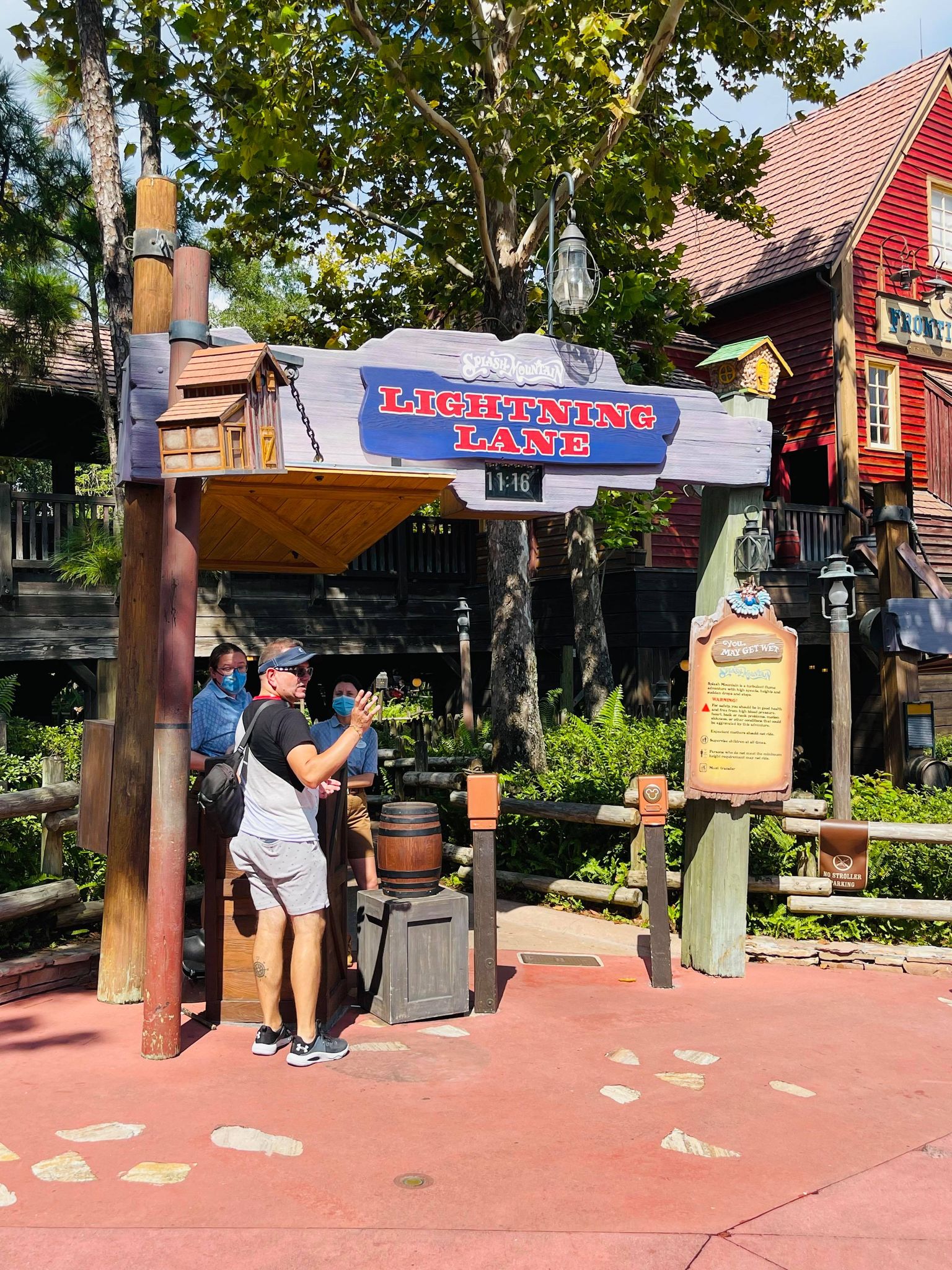 We also shared the news yesterday that Rise of the Resistance is saying “Bye-Bye” to their Boarding Groups and will be Stand-By until the new system is implemented. 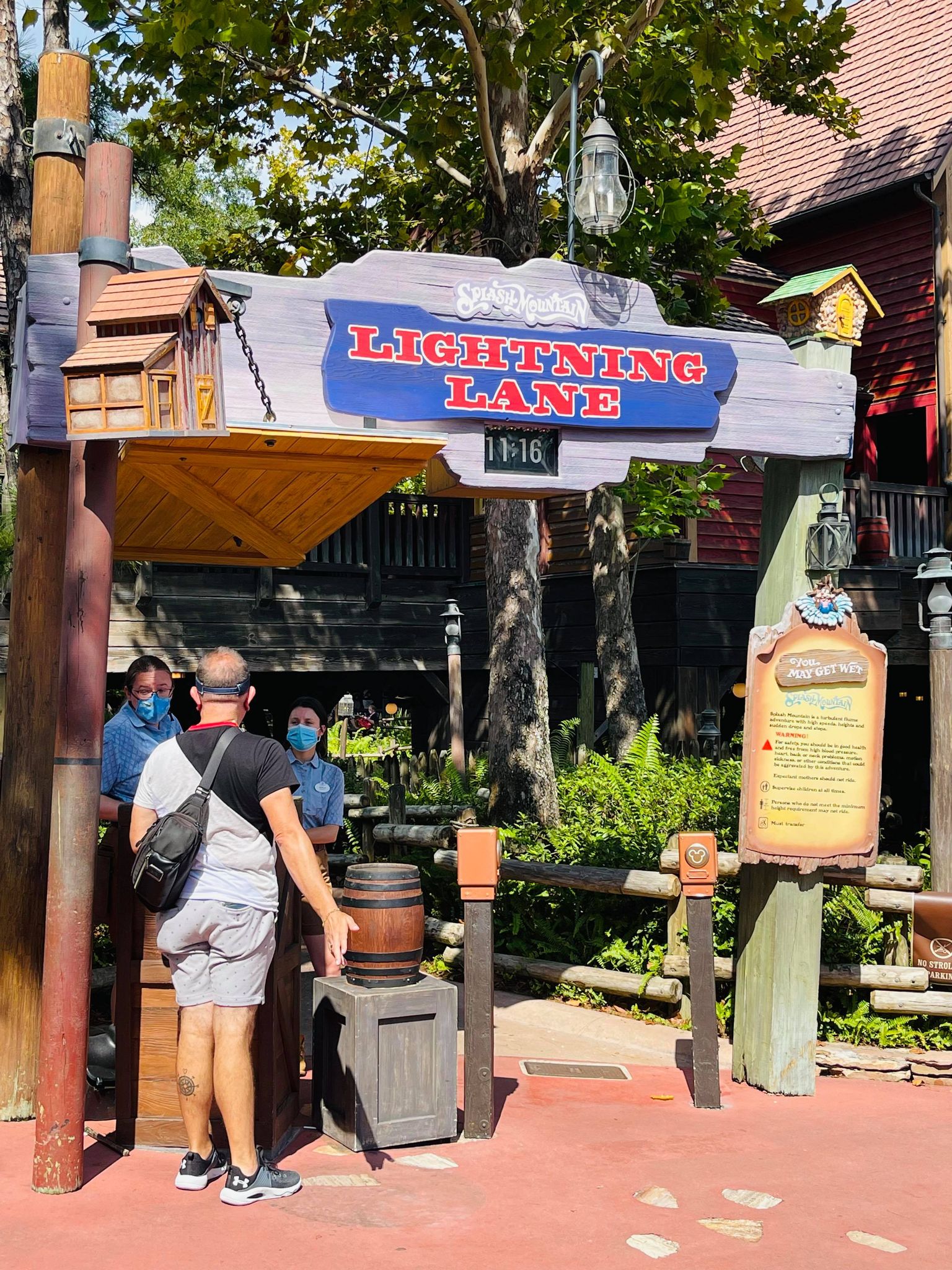 We can’t wait to share more details with you of the new system when it launches so keep following along. 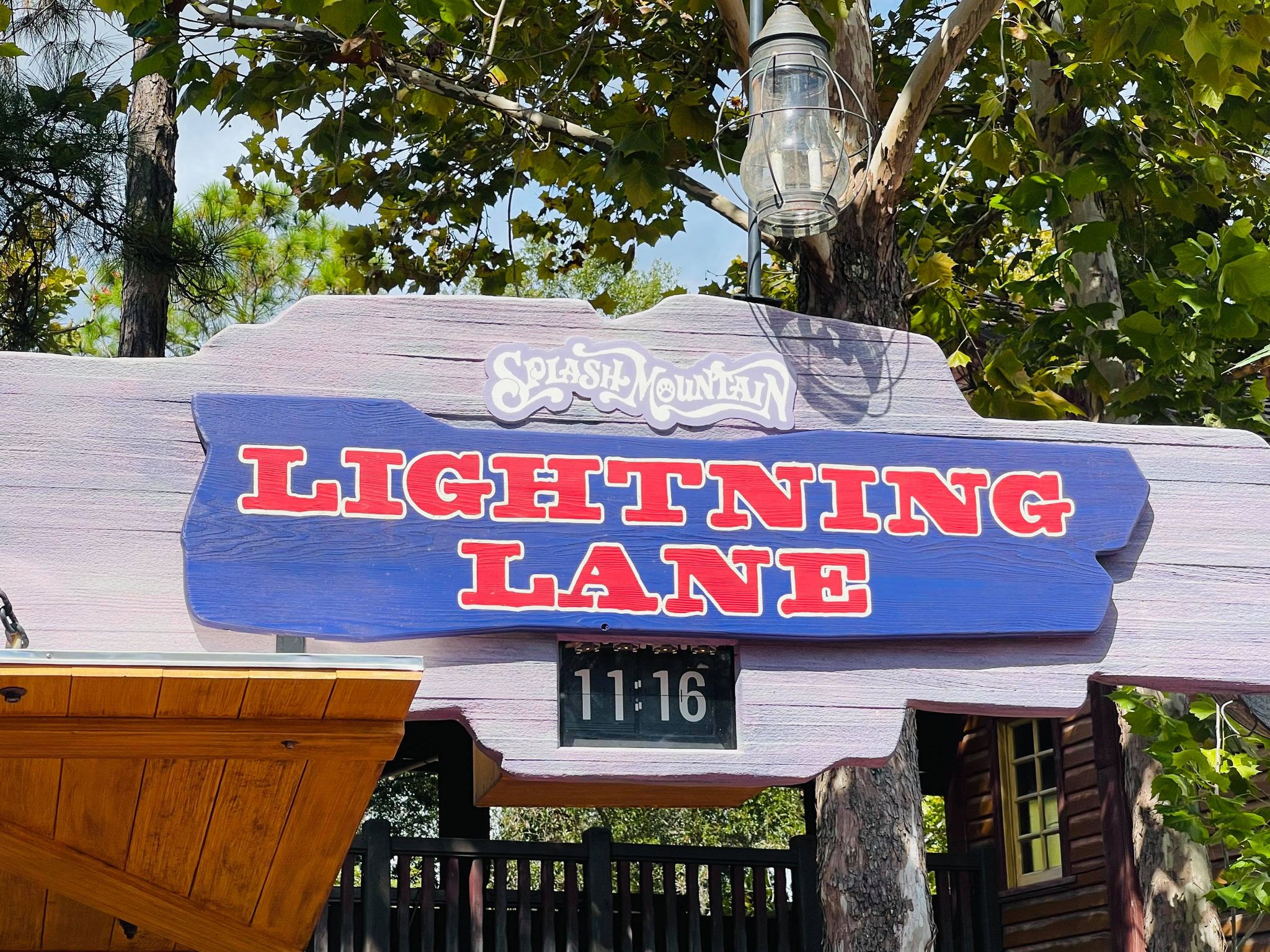 Last, but not least, we head over to Adventureland. 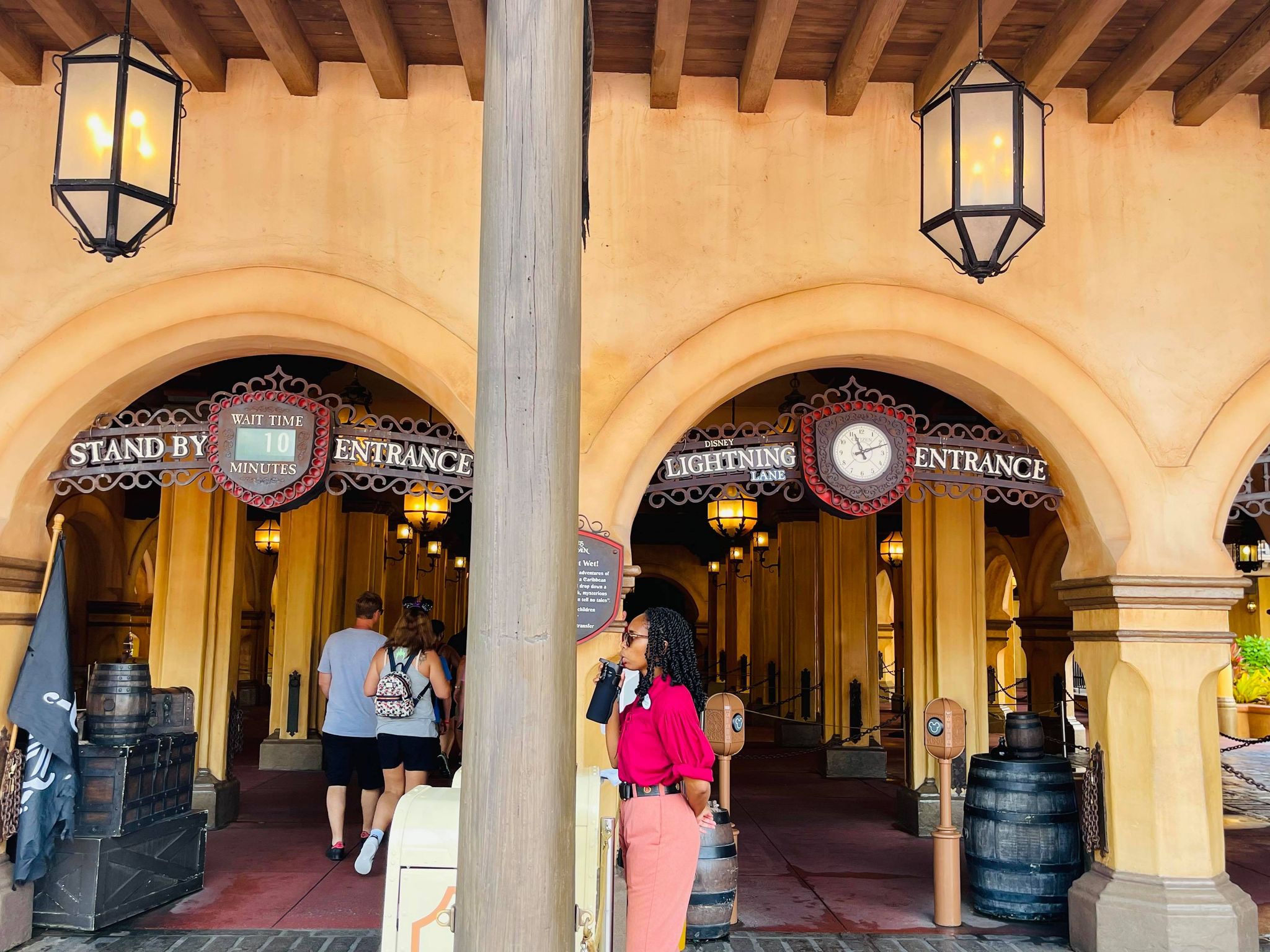 Pirates of the Caribbean now has it’s own Lightning Lane sign. 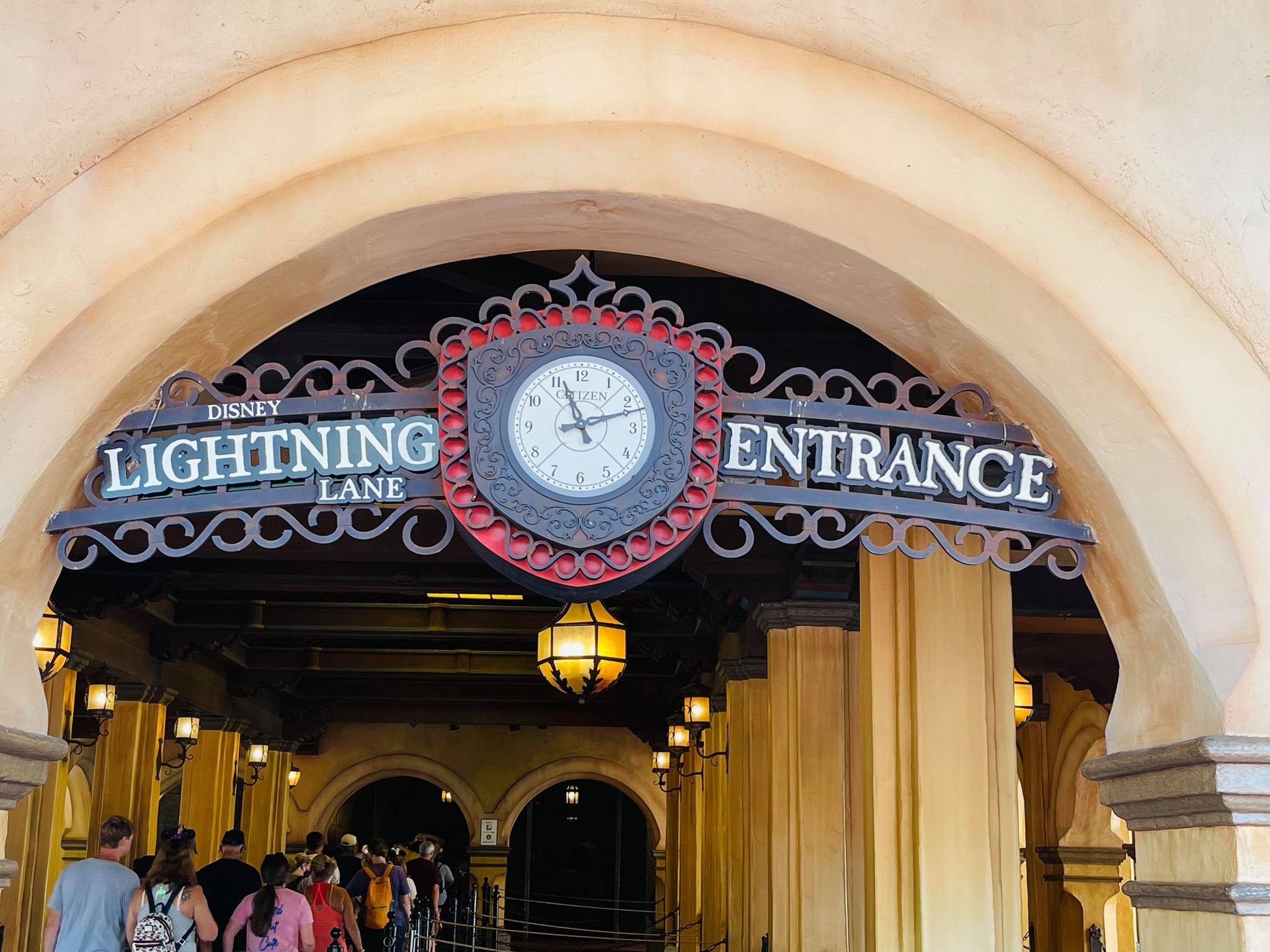 This is another sign, which like the one we saw at the Haunted Mansion, that doesn’t quite match the signage that was there before. 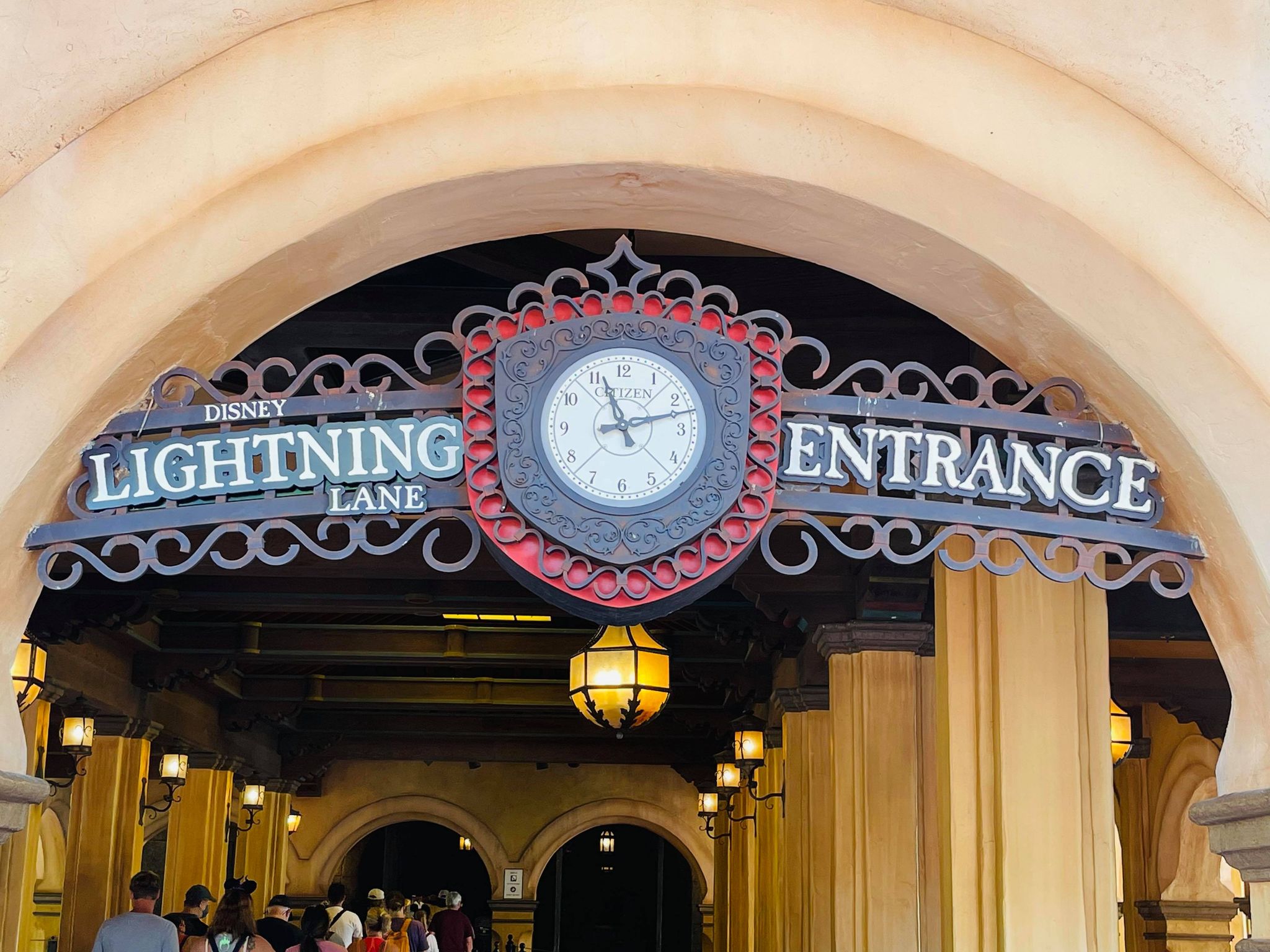 For instance, look at the way the font on Lightning Lane on the left hand side varies from the wavy outlines of the Entrance sign on the right hand side. 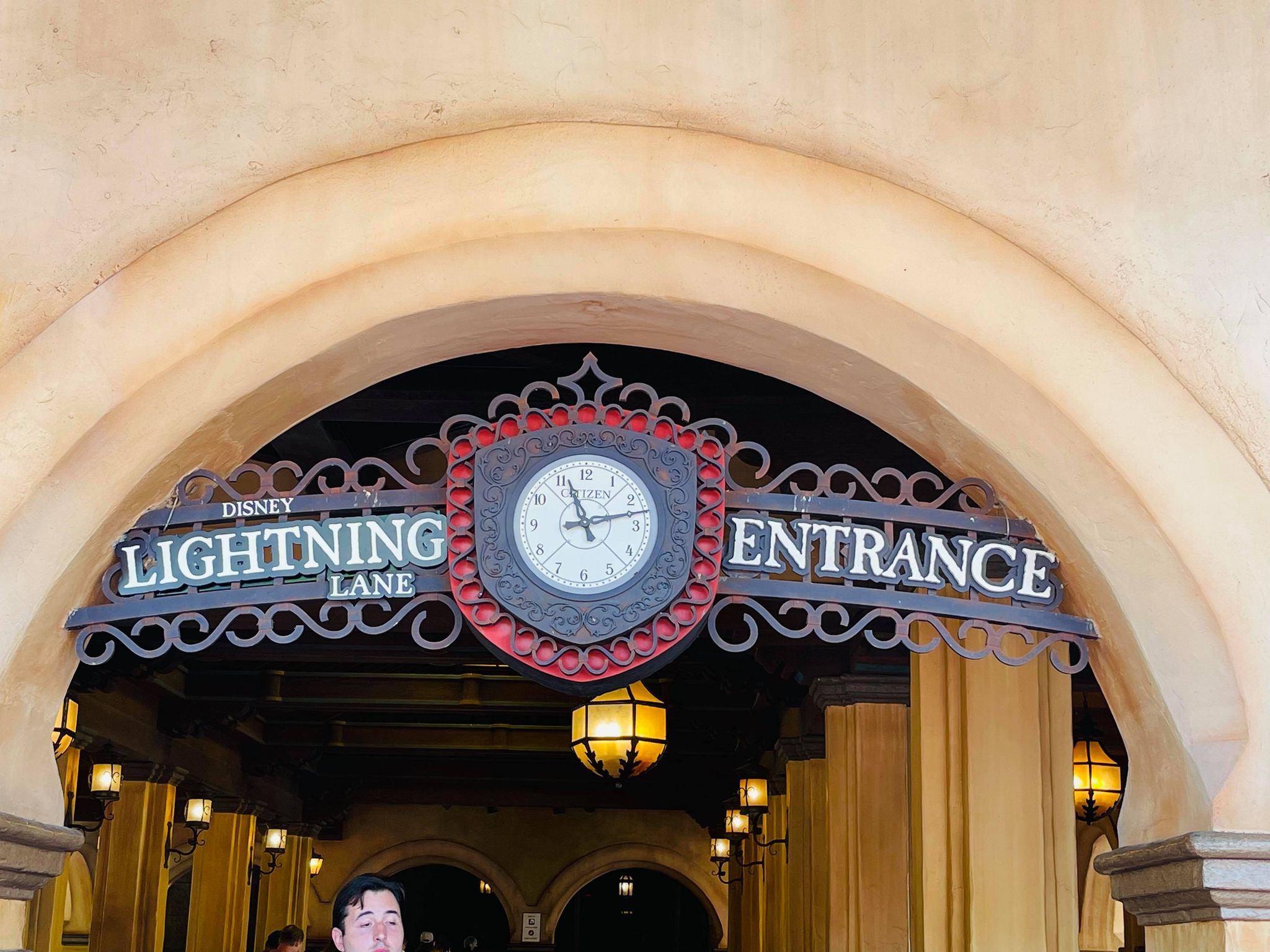 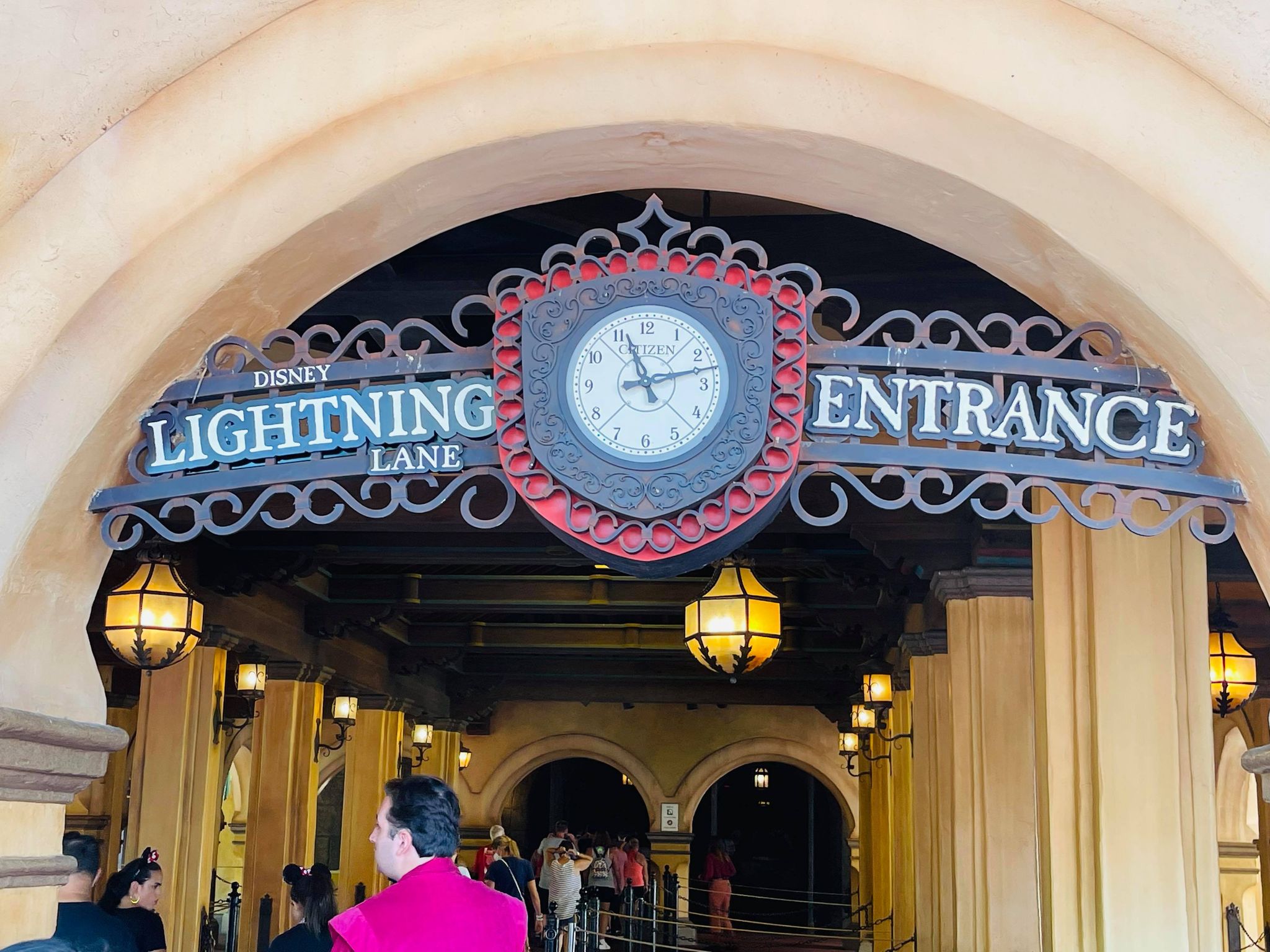 We aren’t sure yet if this is a placeholder or if this version of the sign is here to stay! 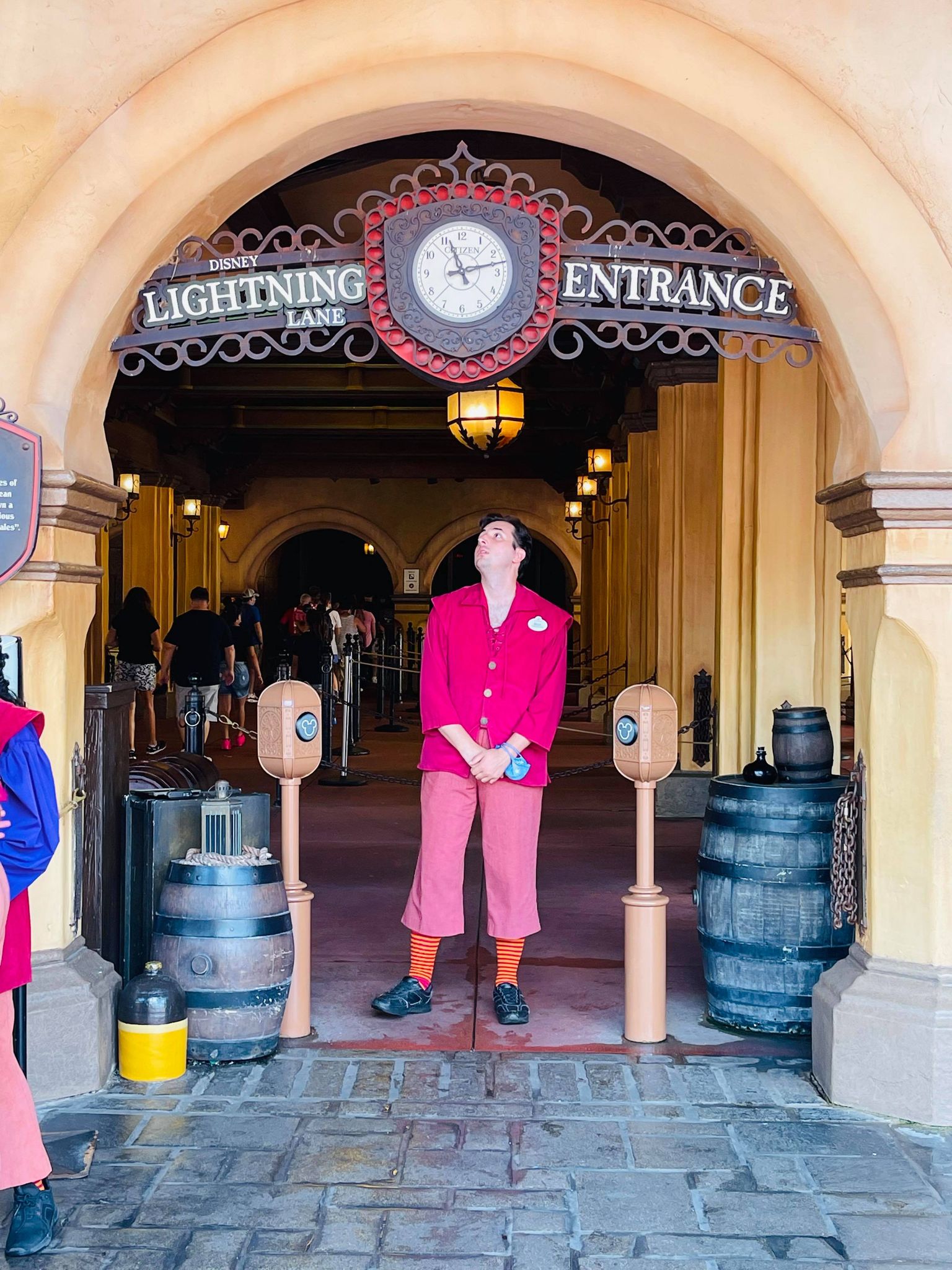 We expect that we’ll see the remaining Fastpass attractions have their signs switched over in the days ahead. 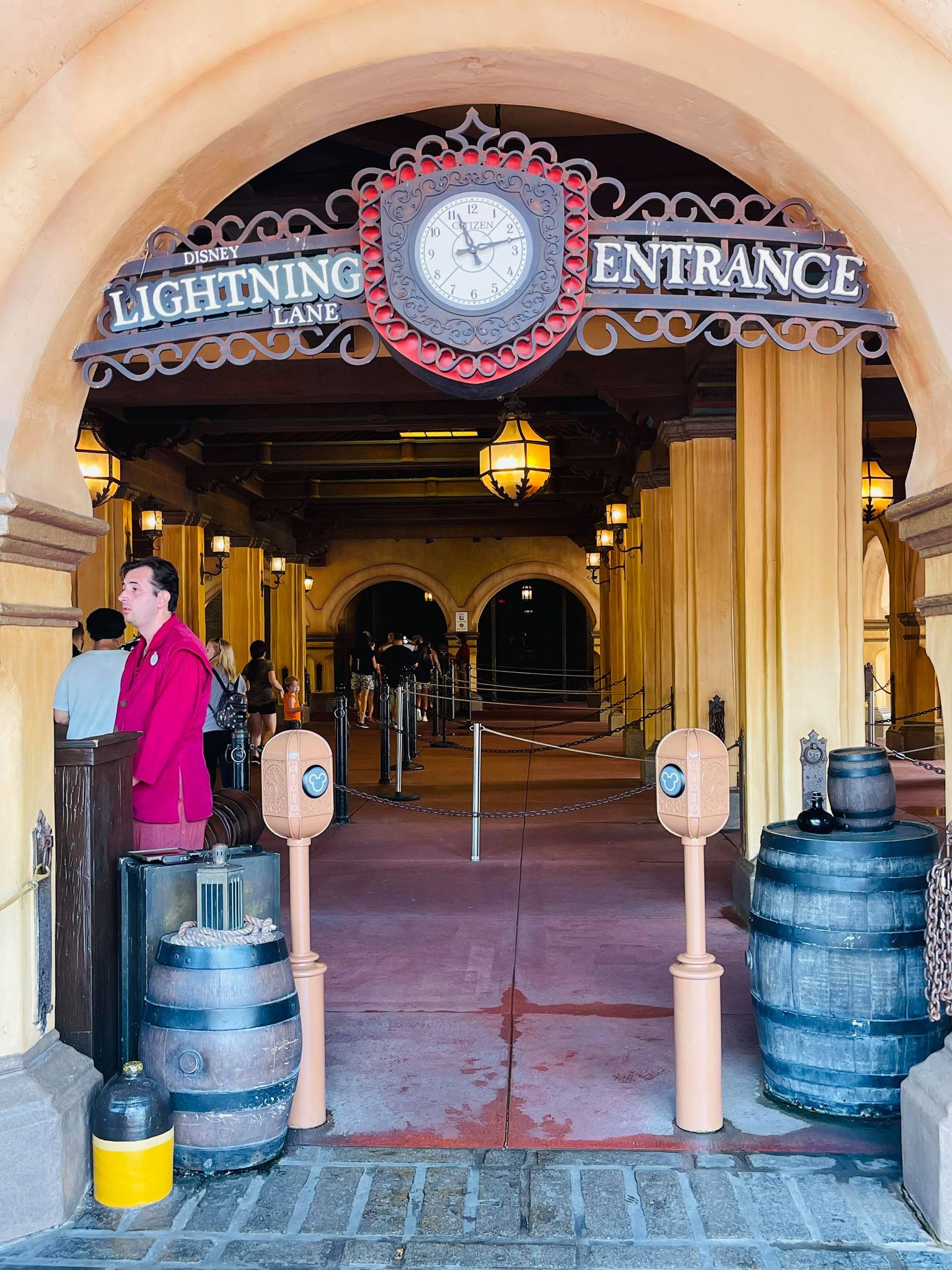 Disney teams are working overnight to make the switchover. 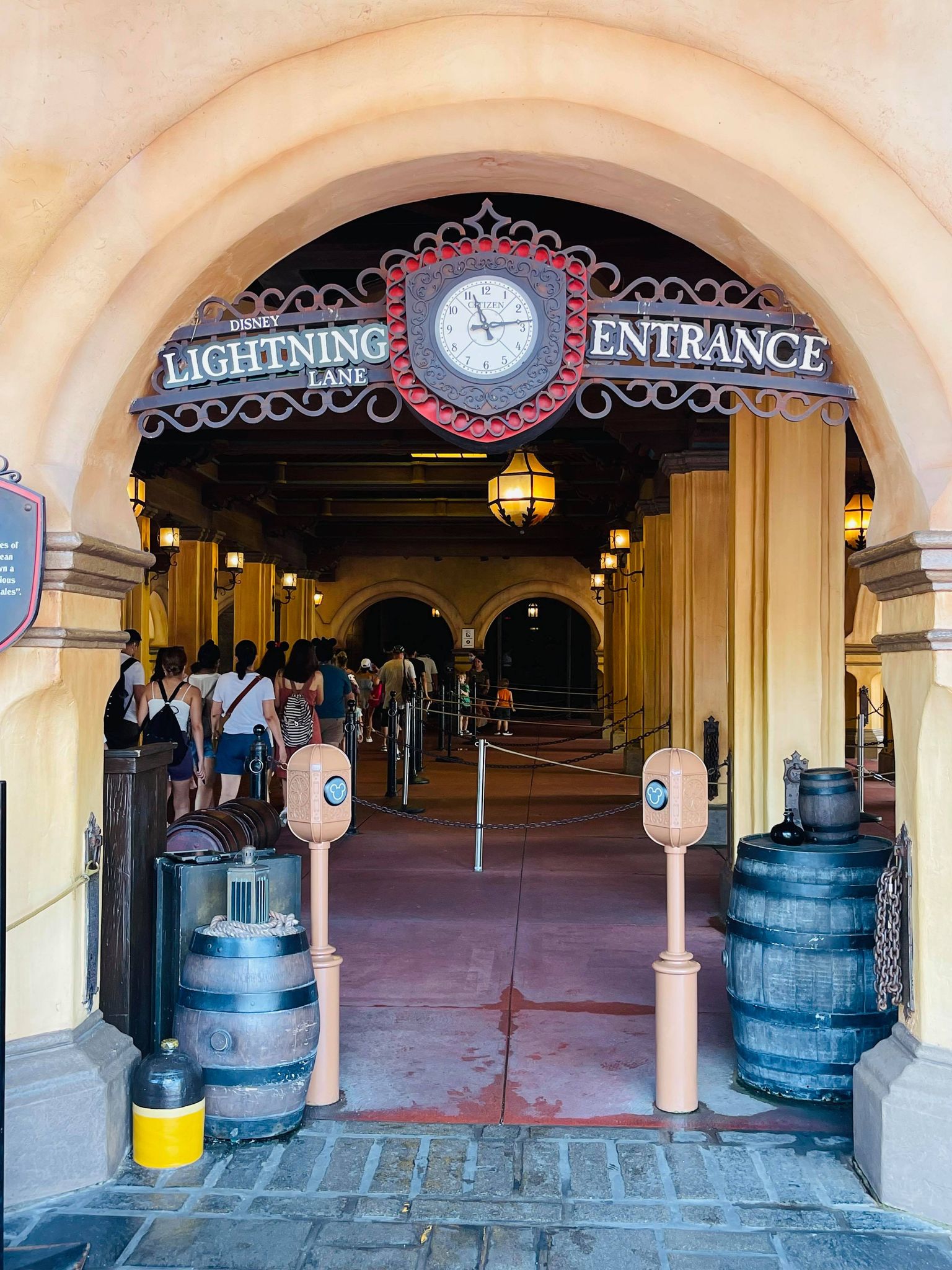 We’ll be back this weekend and we’ll keep you posted of any additional updates. 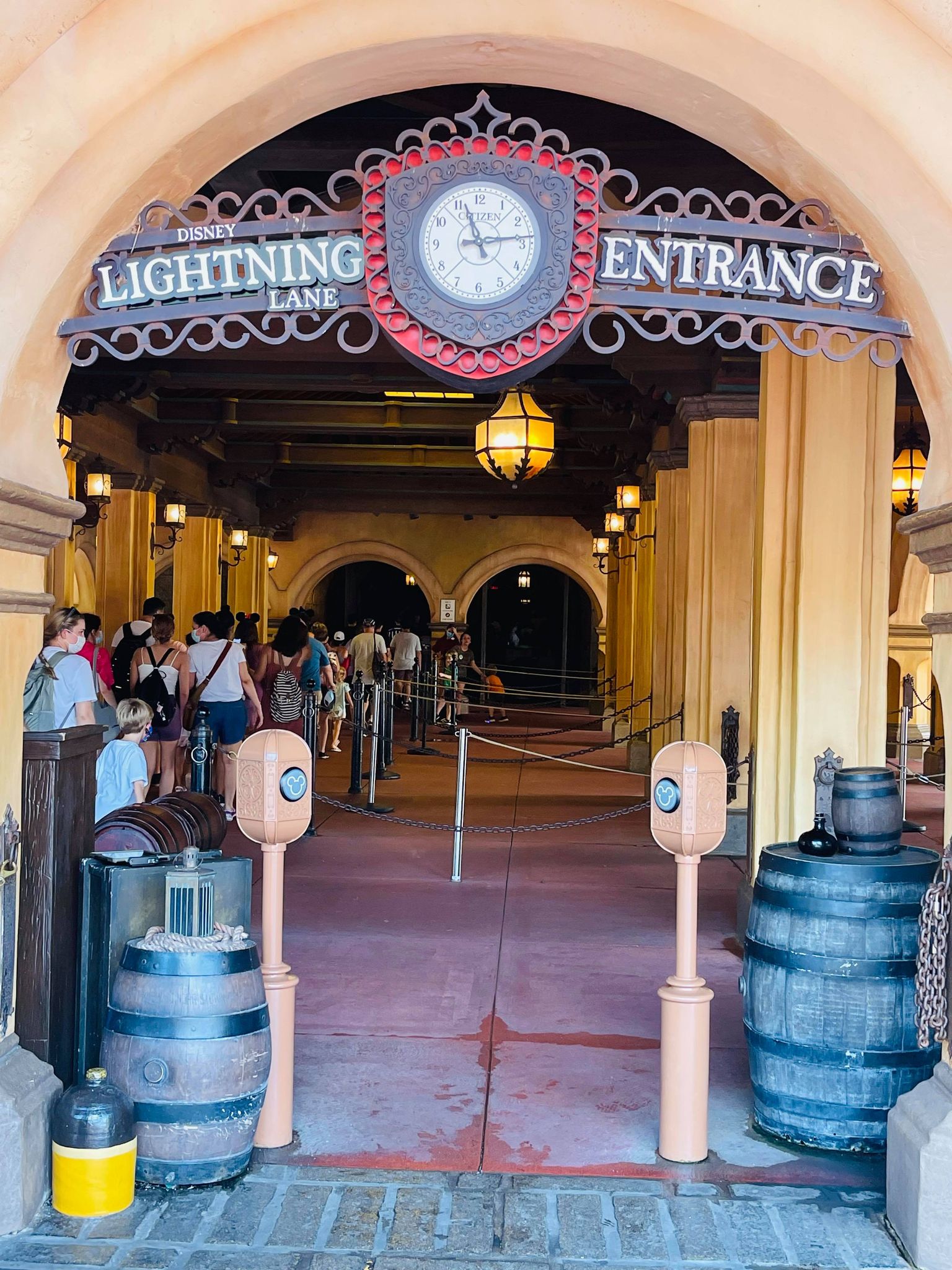 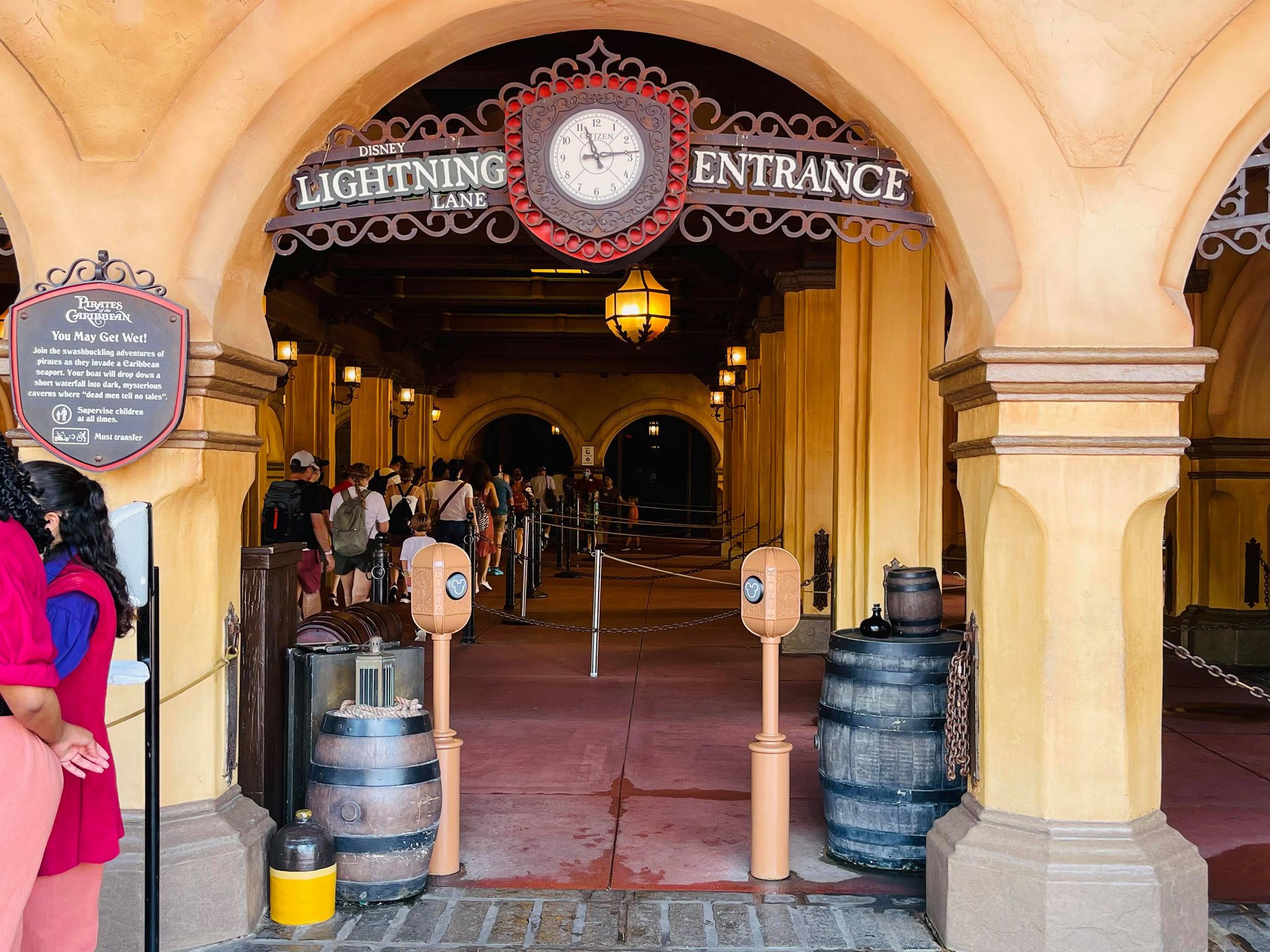