Should You Eat at These Disney Resort Restaurants?

One of the primary ways that Walt Disney World separates itself from other competitors is the cuisine. 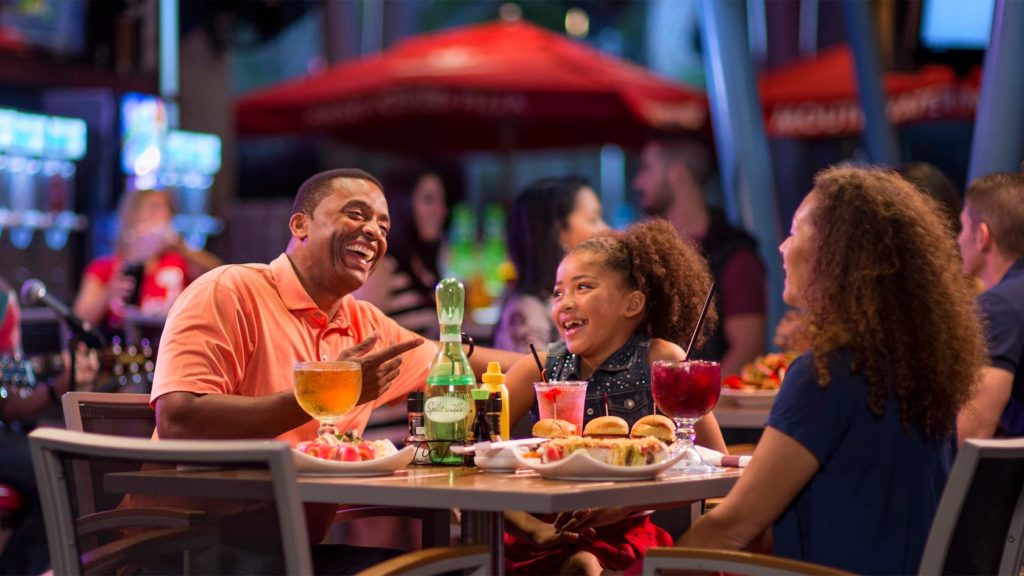 In fact, this premise extends to Disney’s resorts as well. You’ll find meals here that surpass what’s available in your hometown. I’m not even joking.

Disney has hired accomplished chefs, celebrities and even a few Top Chefs to helm its kitchens. 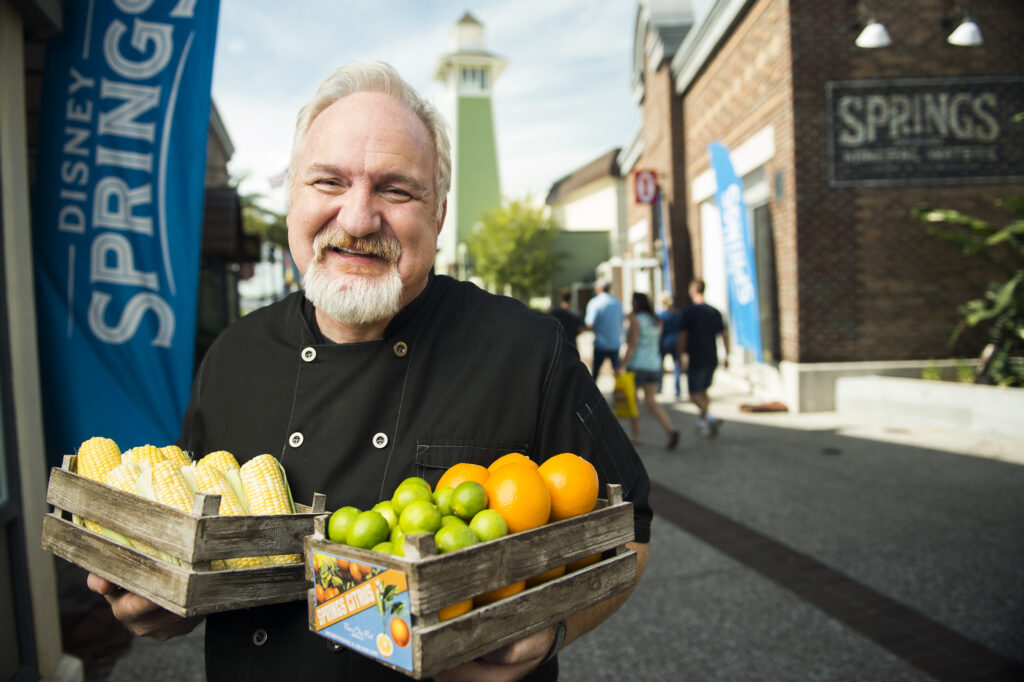 Today, we’ll look at some of the most recognizable options. Should you eat at these Disney resort restaurants?

When you enter Jambo House at Disney’s Animal Kingdom Lodge, you’re only one floor above Boma. 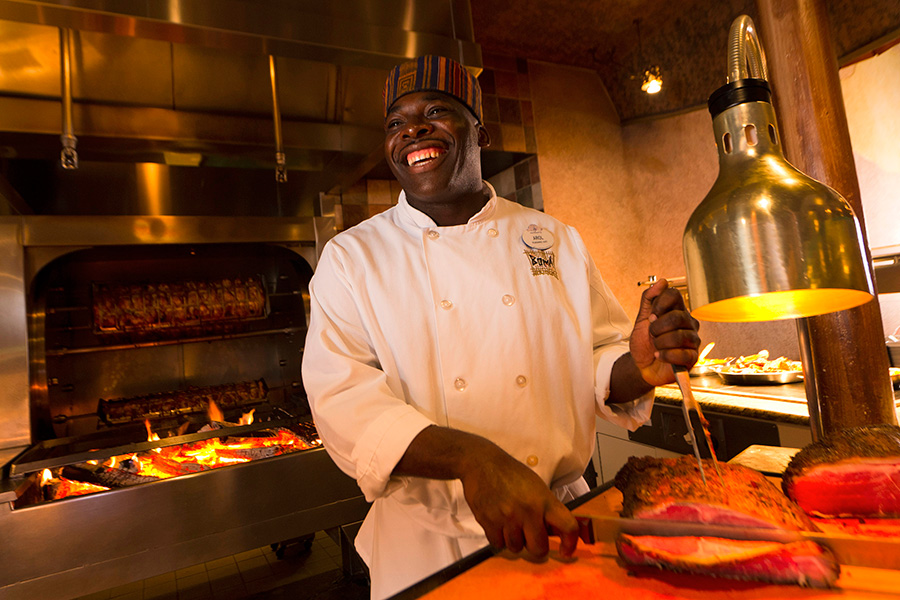 Take a trip down the stairs, and you’re at one of the most unique eateries at Walt Disney World. Disney themed it to look like an African marketplace.

The cuisine here represents a smorgasbord of the African continent. Boma’s popularity speaks volumes about the robust nature of the flavors, too. 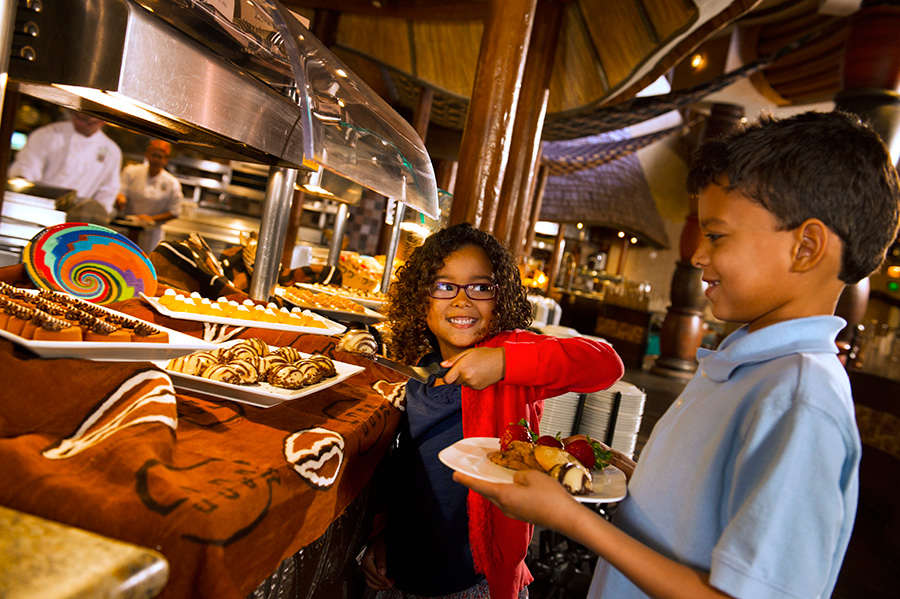 Have you ever had Bobotie or Tabbouleh or Harira Soup or Chakalaka? Maybe you have, but let’s be real. You won’t find any of these foods at most restaurants. 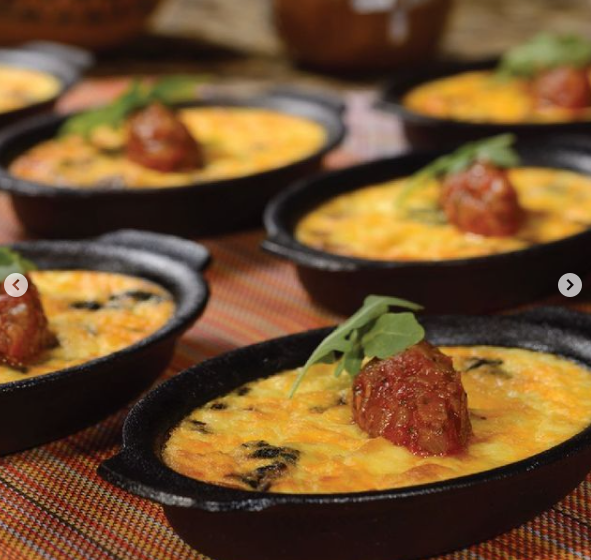 Disney also saves the best for last. The Zebra Domes here are the stuff of myth and legend among fans. People can and do eat here just for that dessert.

Breakfast at Boma is relatively reasonable right now at $29 per adult and $16 per child. 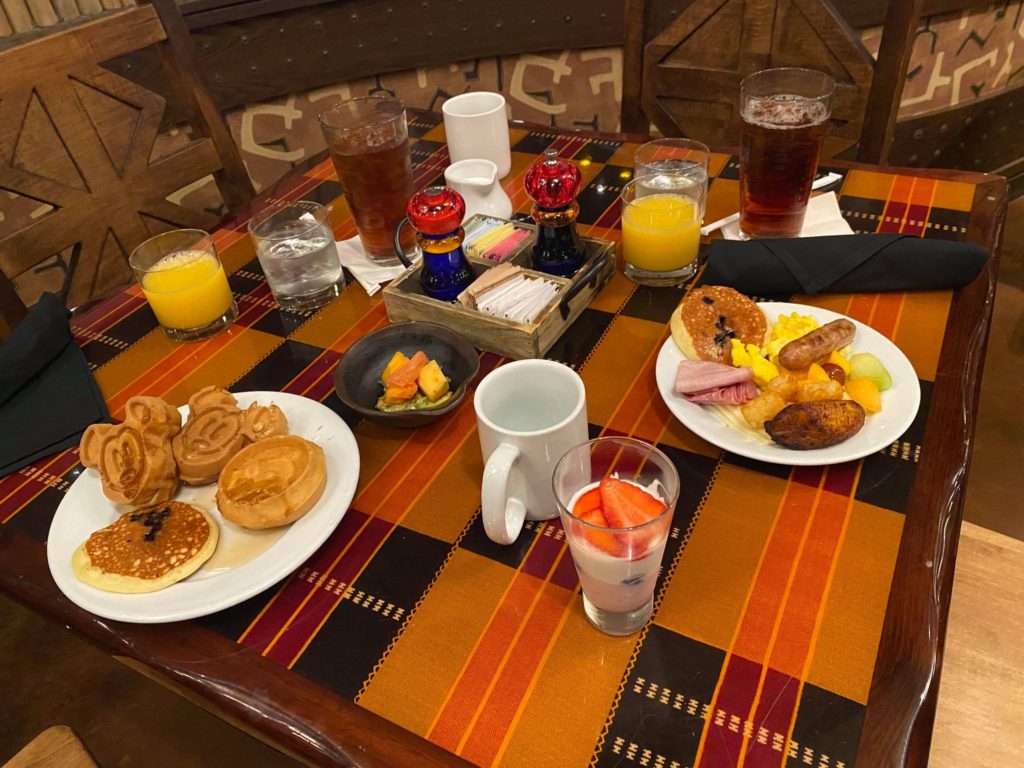 However, dinner costs $49 per adult and $27 per child. For that money, you do get to enjoy buffet service that’s All You Care to Enjoy.

Of course, for many people, the idea of eating at a buffet is no longer appealing. So, that’s a potential con as well. 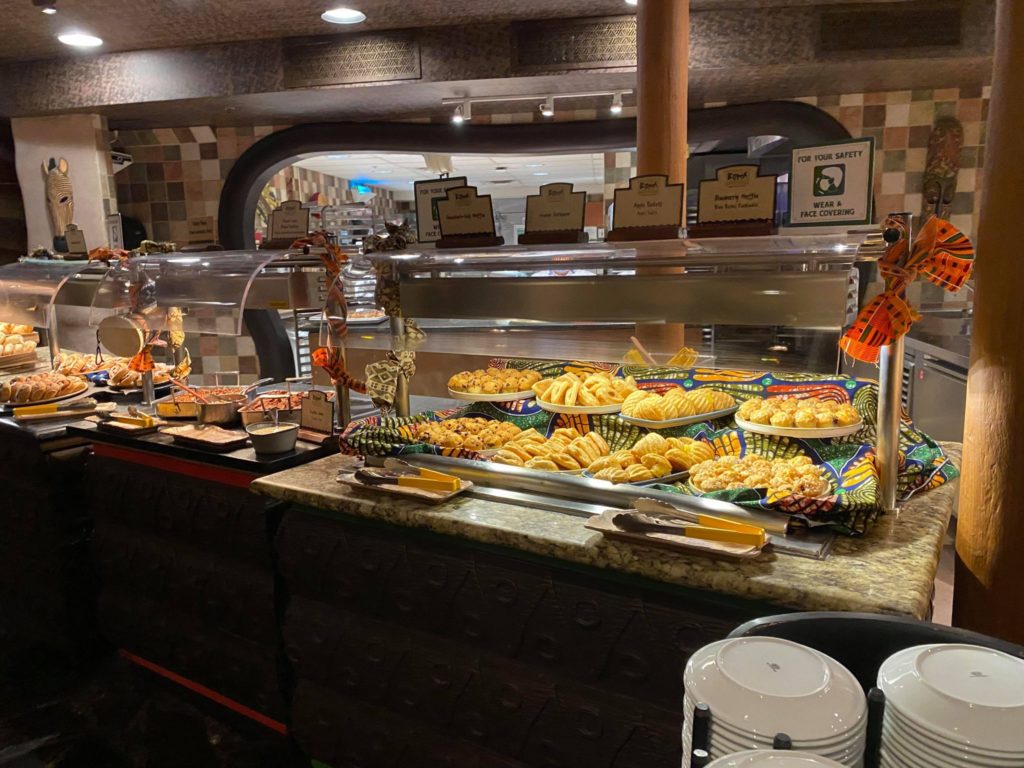 Also, Animal Kingdom Lodge itself isn’t that great in terms of logistics. If you’re staying here, it’s THE most convenient place to eat.

For everyone else, you must go out of your way. Believe it or not, that statement doesn’t apply to the other restaurants on this list. They’re more centrally located. 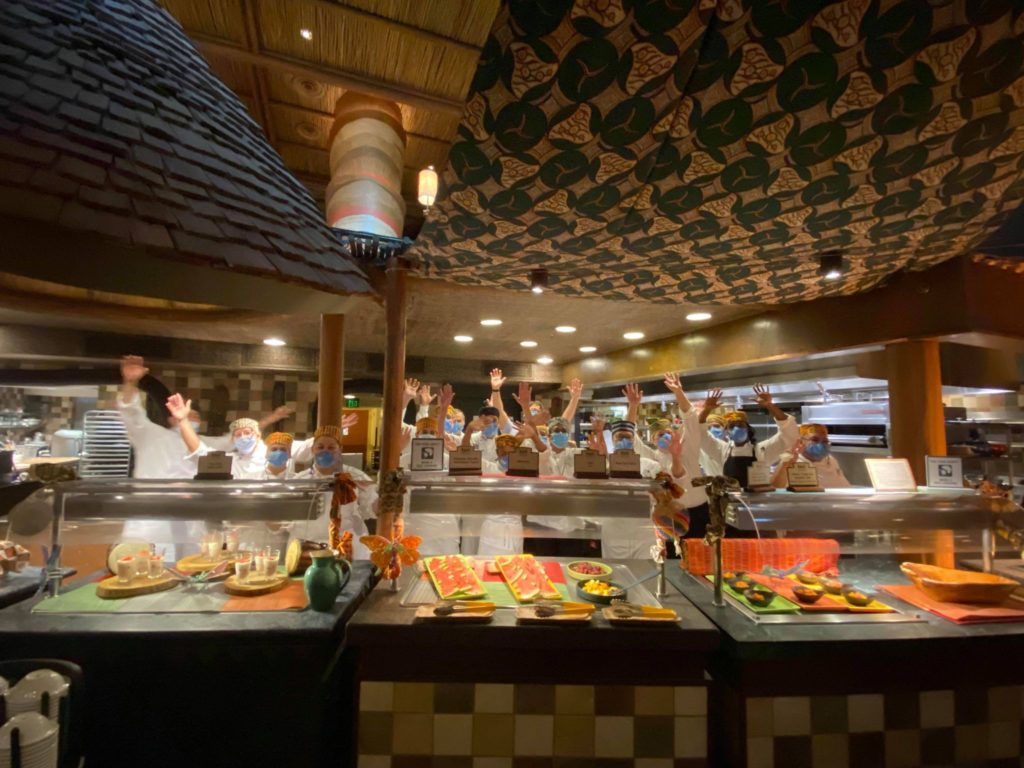 I strongly suggest that you dine here once. Then, you can decide for yourself whether the rich flavors match with your tastebuds.

At a minimum, I guarantee that you’ll adore the breads and desserts here. 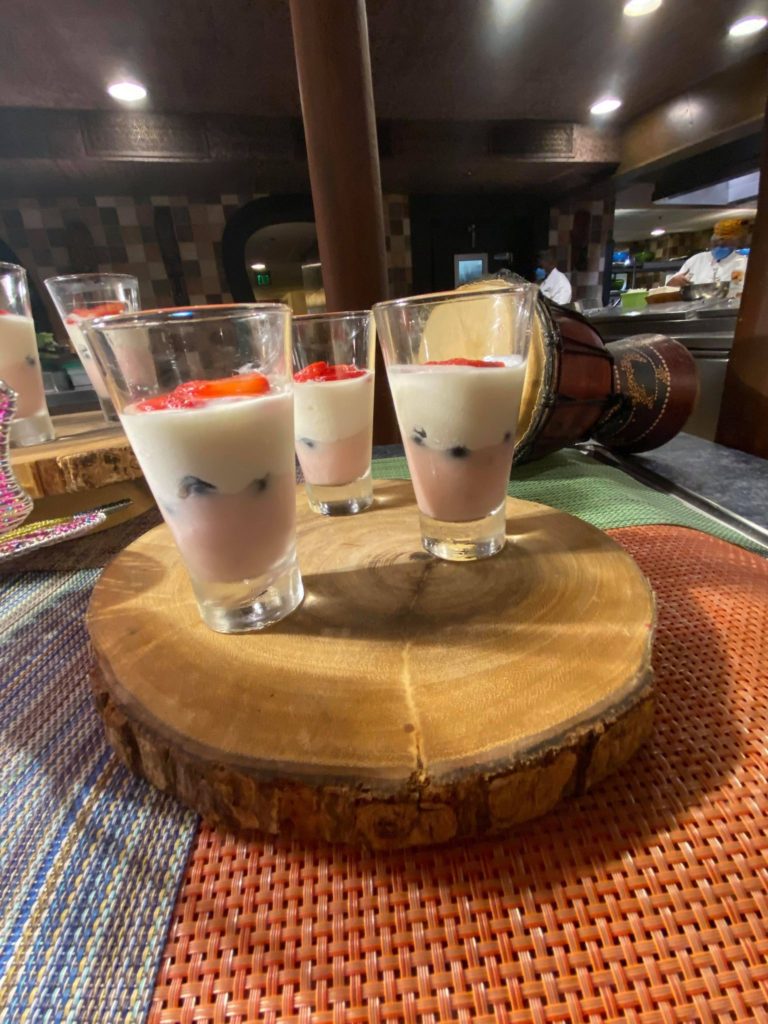 You’ll find this location close to the lobby of Disney’s Beach Club Resort.

To reach his place, you’ll follow a path that leads to the legendary Stormalong Bay pool area. 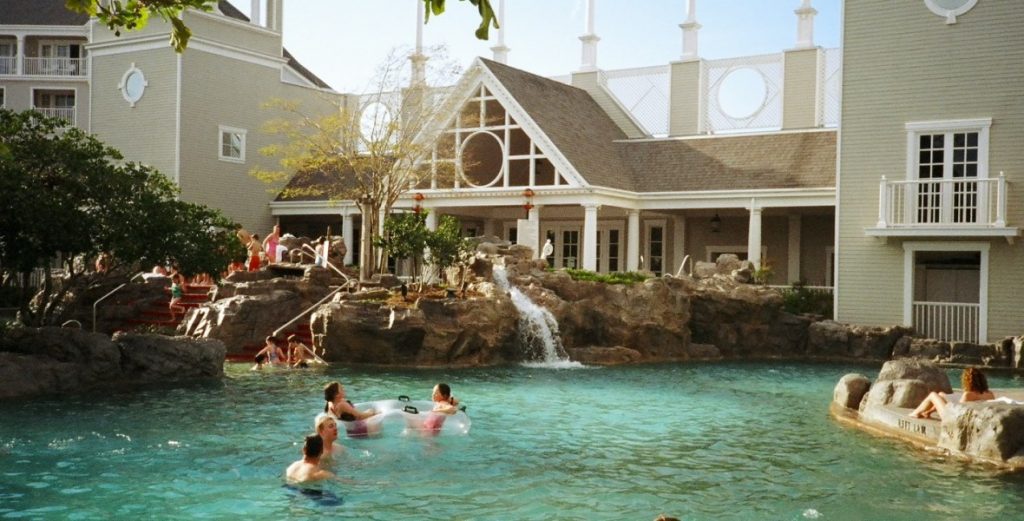 Then, you’ll stop when you smell all the fish. I’m not really joking. This section of the building’s quite pungent. You cannot miss it!

Fitting for the hotel, the theme at this resort is seafood. Lots and lots of seafood. 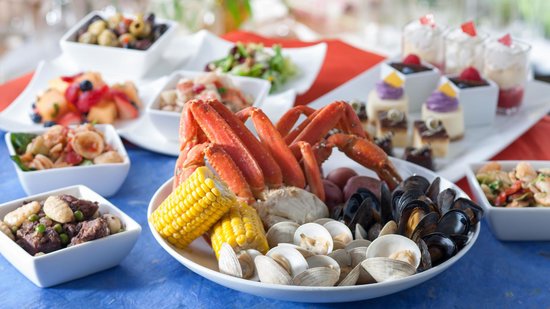 The character breakfast here hasn’t returned yet. However, when it’s available, you’ll love host Minnie Mouse in her beachy outfit.

Currently, you get an All-You-Care-To-Enjoy (AYCE) meal for $25 per adult, which is exceptional value at Walt Disney World. 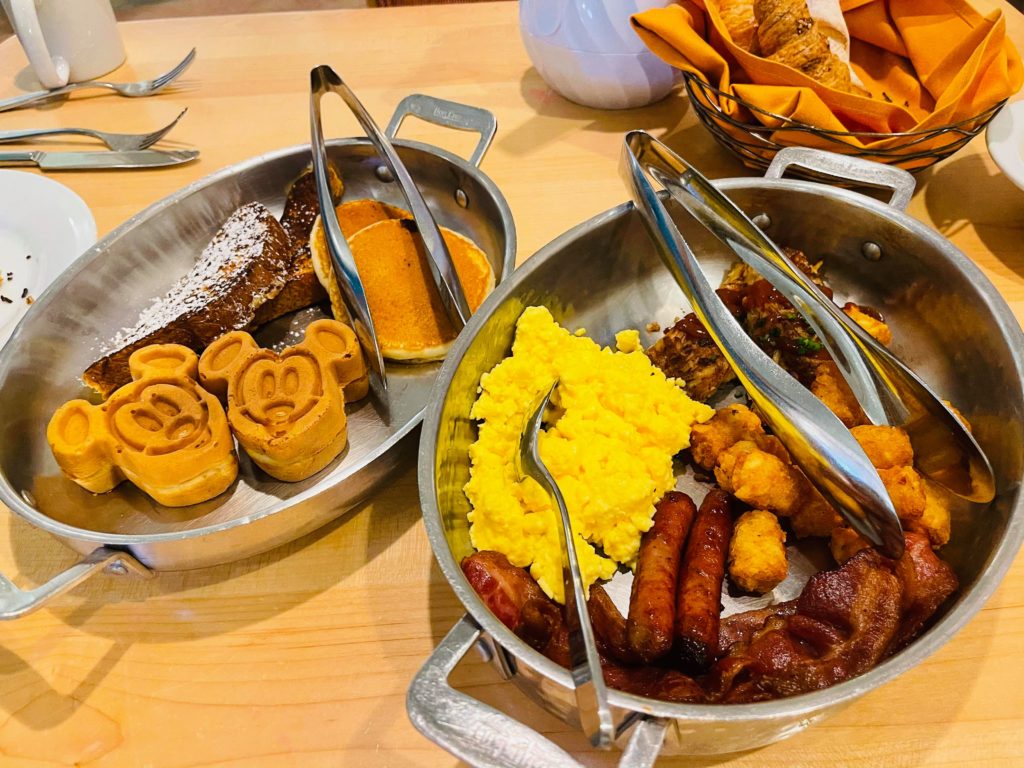 I can assure you that the character meal will cost substantially more when it returns. So, your choices are eating at Cape May Café cheaply now or with Minnie later.

At dinner, the cuisine switches from Mickey Waffles, sausage, and biscuits. The menu turns into mussels, shrimp, clams, and more. 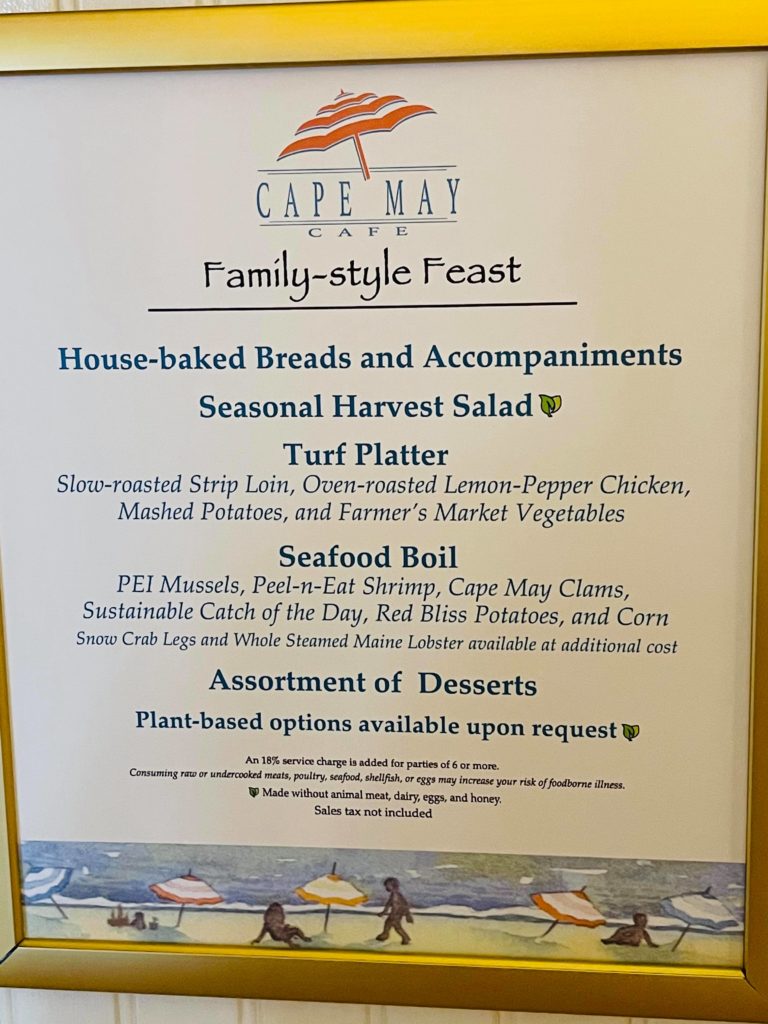 People like me who aren’t crazy about seafood can eat here, too. Strip loin and lemon pepper chicken are also on the menu. Plant-based options are available, too.

The value is also quite good at dinner costing $42 per adult. 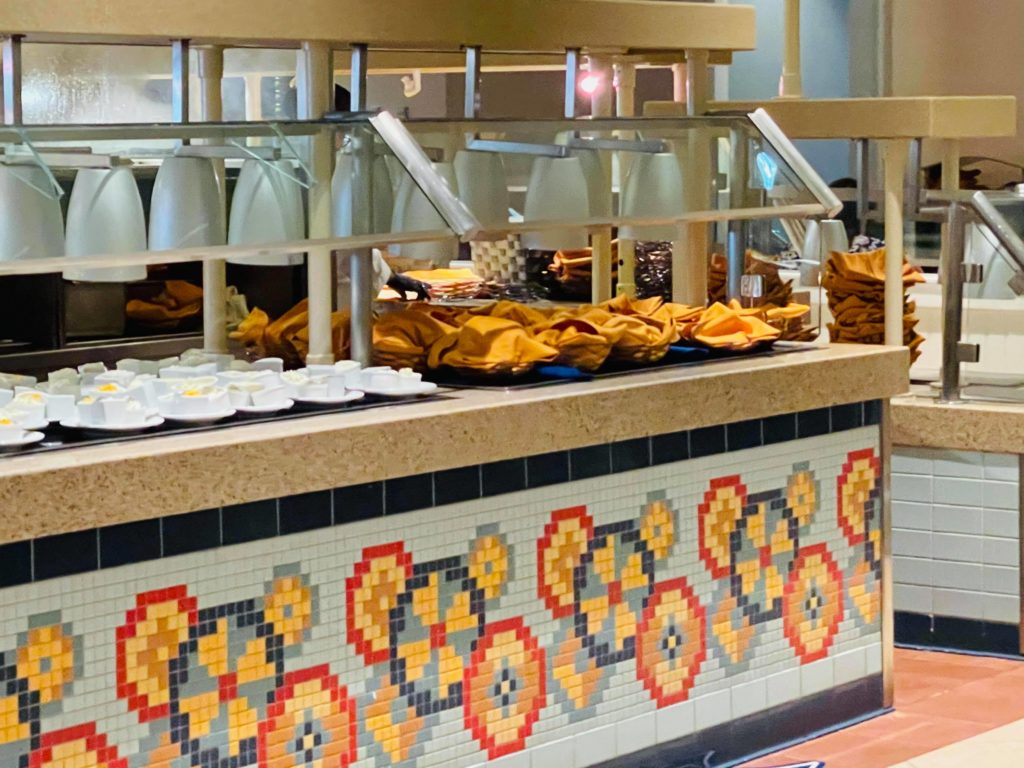 I joked about it earlier, but the place stinks. We mention it every time we walk to Stormalong Bay. That fishy smell is inescapable.

Thankfully, when you’re eating here, you kinda get used to it. Of course, that means you’ve become part of the fishy smell, which isn’t great. 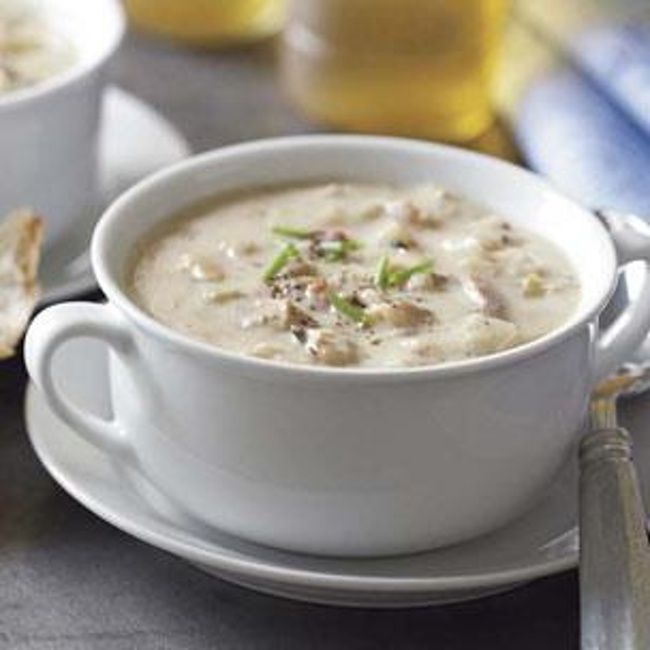 Also, Disney changed the menu when Cape May Café reopened. Some old favorites are gone.

I suspect that Disney has done this because the price of fish has spiked during the pandemic. 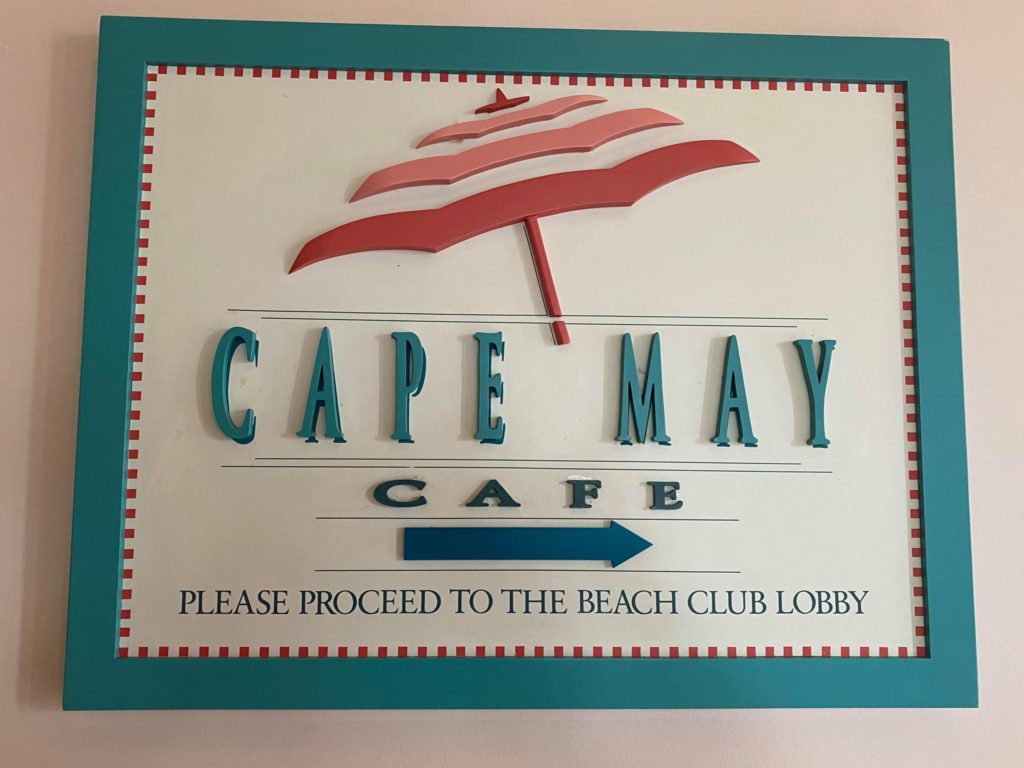 However, it’s still annoying for a $42 per person meal to include upsells.

We’ve tried Cape May Café many times since we frequently stay at Beach Club.

Over the years, we’ve decided that we vastly prefer eating here for the Minnie Mouse breakfast. The dinner isn’t worth the money in my opinion. 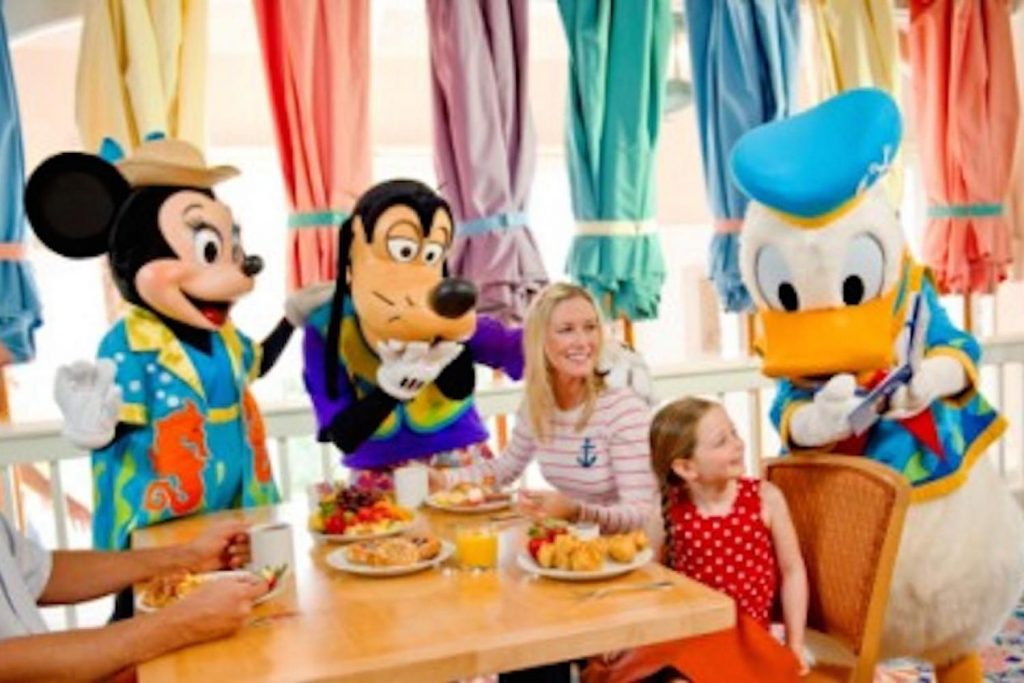 You can cross the lake Disney’s BoardWalk to Flying Fish – it takes five minutes – and eat better seafood there.

So, I’d say yes for breakfast but no for dinner.

The crown jewel of the Great Ceremonial House, ‘Ohana has delighted guests for years. 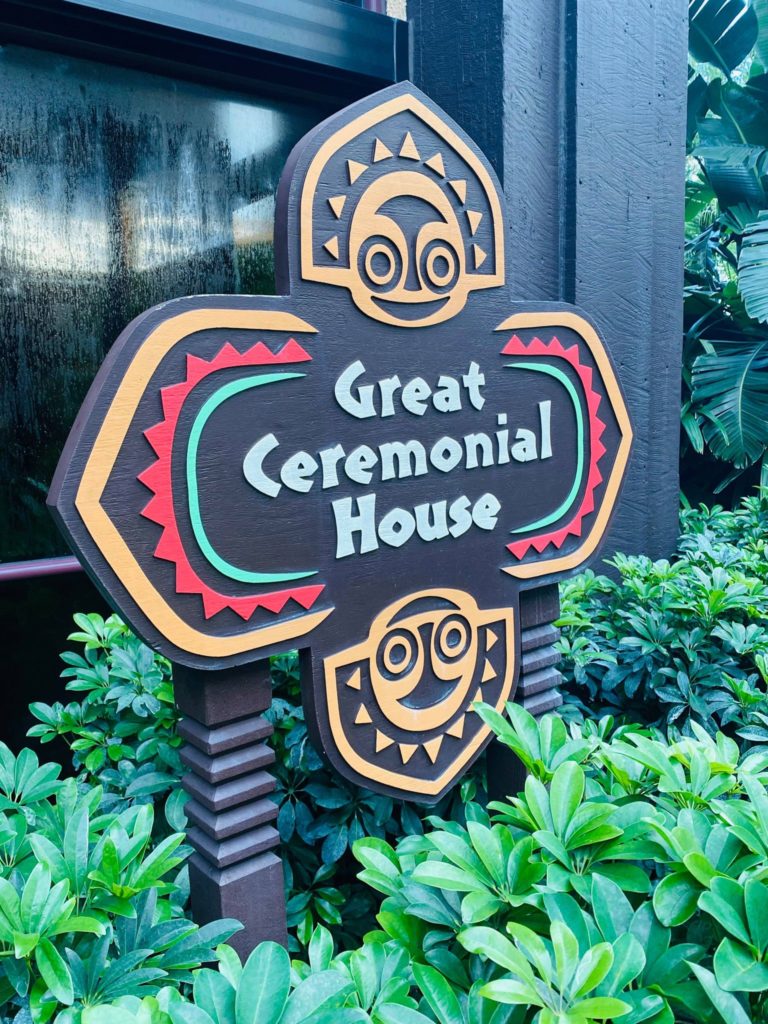 You’ll discover this restaurant as you exit the monorail station at Disney’s Polynesian Village Resort. ‘Ohana resides on the other side of the second floor.

When you enter from the first floor, it’s nearly impossible to miss. You’ll take the stairs to the second floor. When you reach that floor, you’re staring at ‘Ohana. 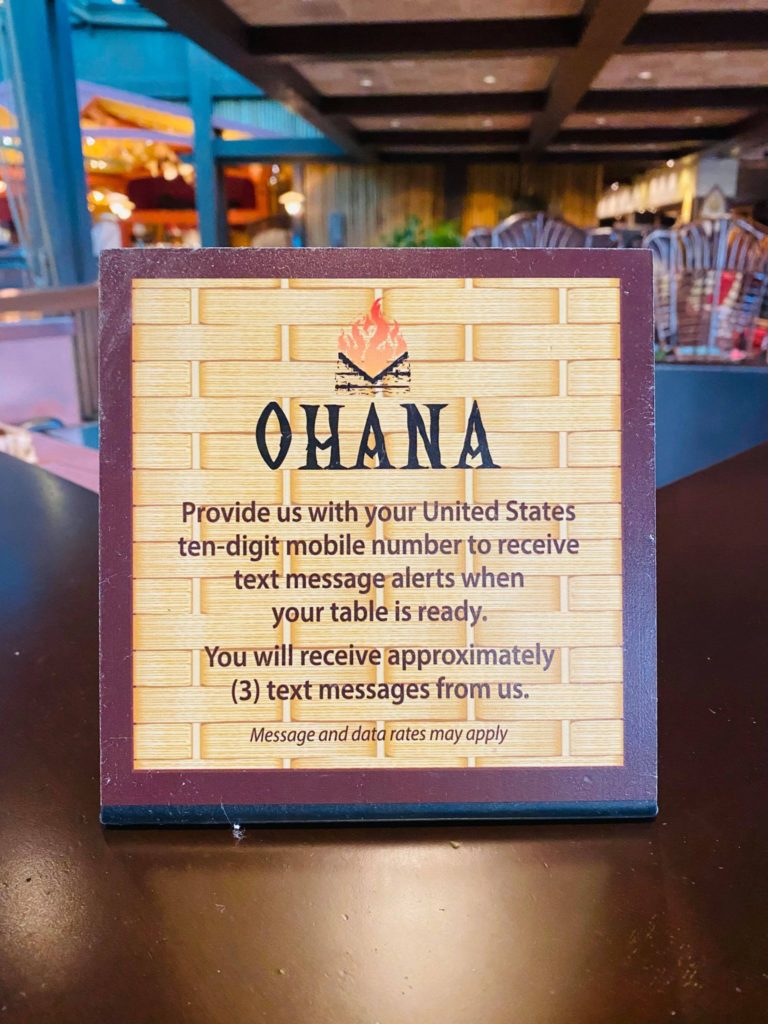 The restaurant serves AYCE skillets of food that come in waves of several courses. If you want more of the current skillet, all you need to do is ask!

Look, ‘Ohana counts as one of the most trafficked restaurants at Walt Disney World. You’ll face heavy competition to book a table here. 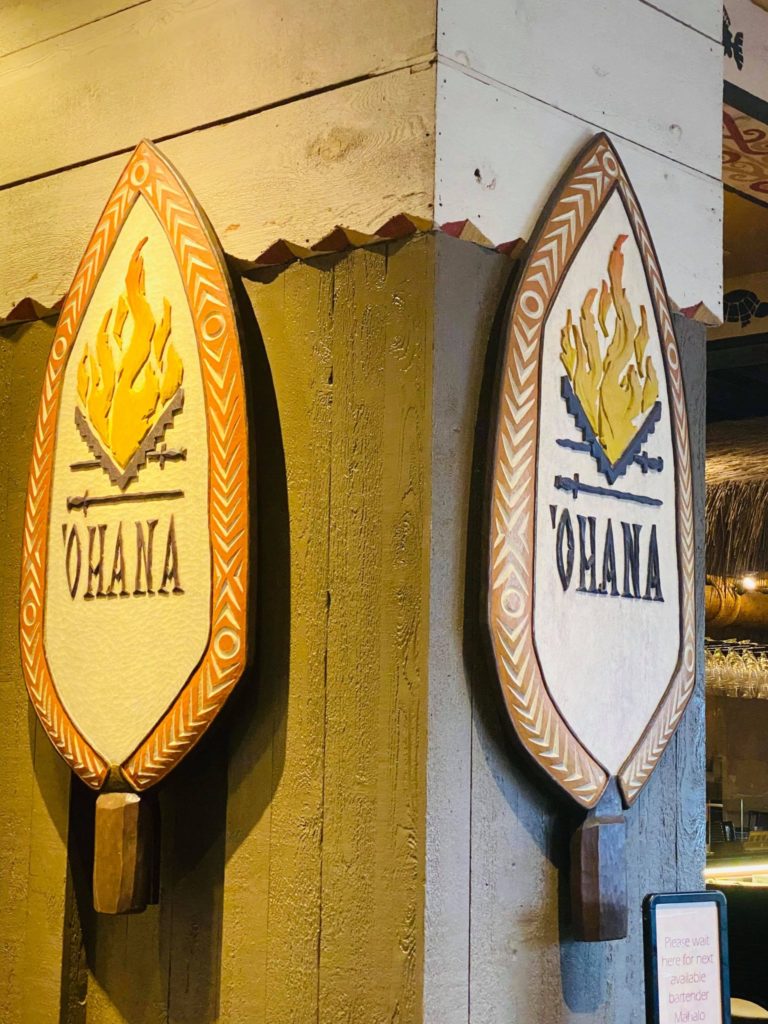 That doesn’t happen by accident. People love the Polynesian flavors on the menu, starting with sweet bread and ending with bread pudding.

Along the way, you’ll eat noodles, beef, shrimp, and chicken. The menu changes from to time, though. So, be sure to check before you go! 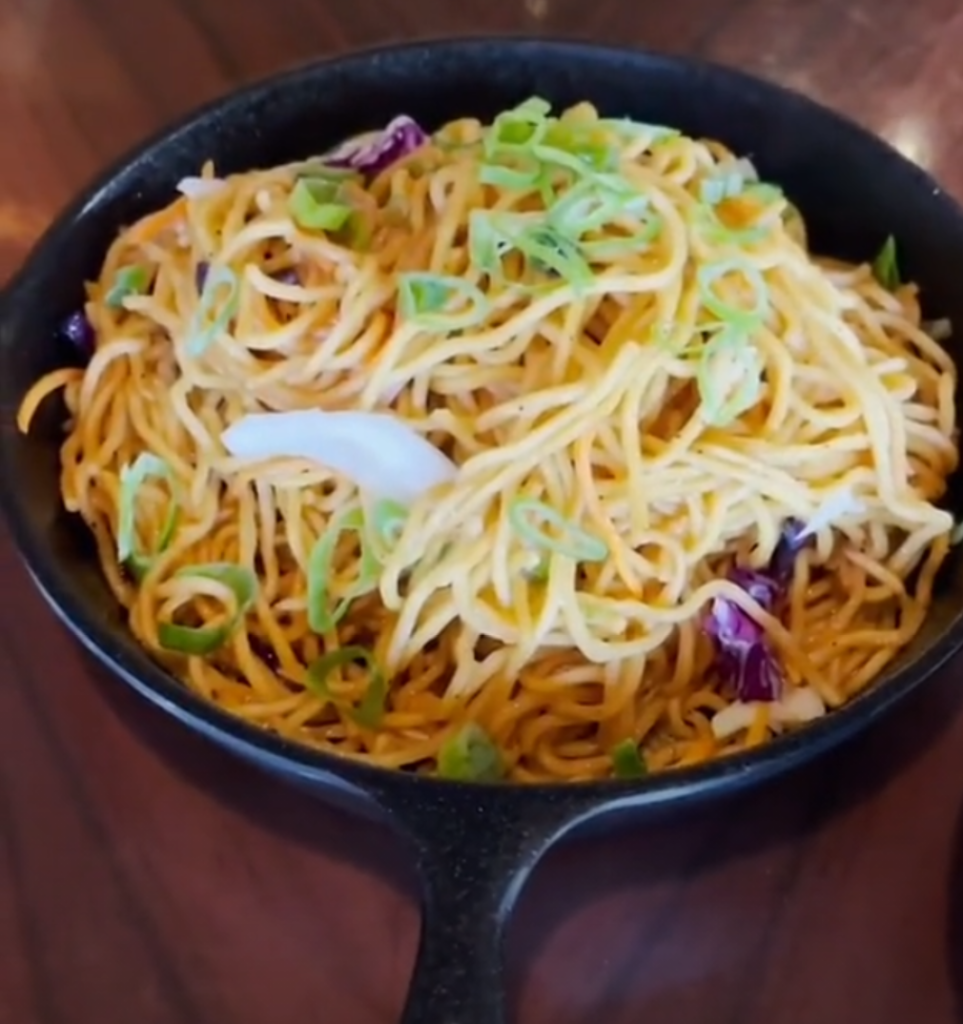 Overall, ‘Ohana delivers one of the best meal experiences on the Orlando campus. That’s true of breakfast and dinner.

Ordinarily, ‘Ohana hosts a Lilo & Stitch character meal for breakfast, but that’s unavailable, much to my wife’s sadness. 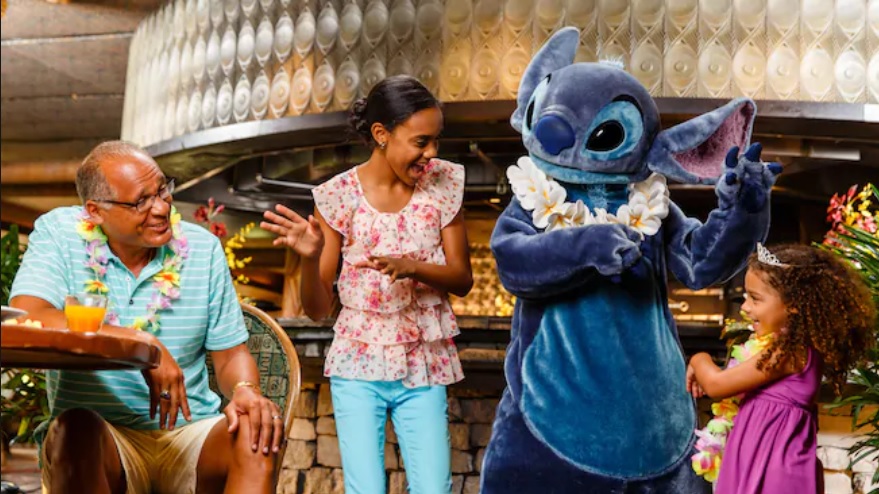 Right now, you can eat the AYCE breakfast similar to Cape May Café’s for $25. That’s value right there!

At dinner, you’ll never regret eating at ‘Ohana, as the food’s otherworldly.

Well, you won’t regret eating here until the check arrives. ‘Ohana costs $55 per adult plus tax and gratuity. A couple will spend about $150 here for a date. 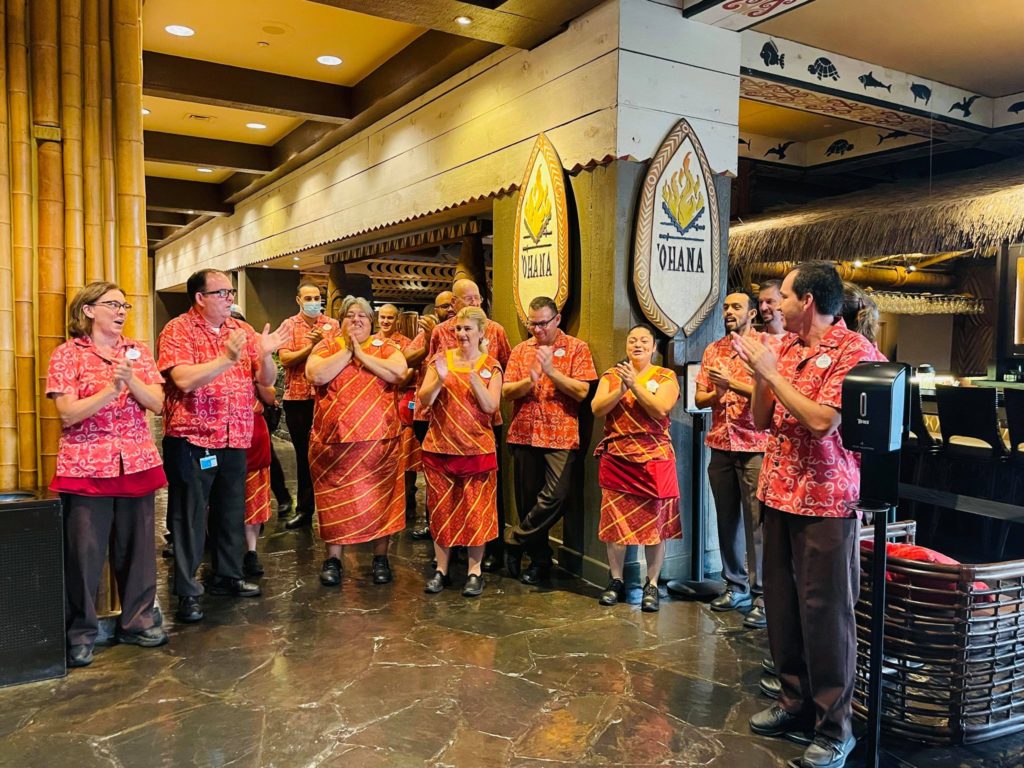 This is where we all lament the continued absence of the Disney Dining Plan. ‘Ohana for one entitlement represents one of the best values on the dining plan.

When you pay out of pocket, the price is a significant con. Also, some guests complain that they get rushed out.

Although I’ve never experienced it, I can understand how this would happen due to the popularity of ‘Ohana. 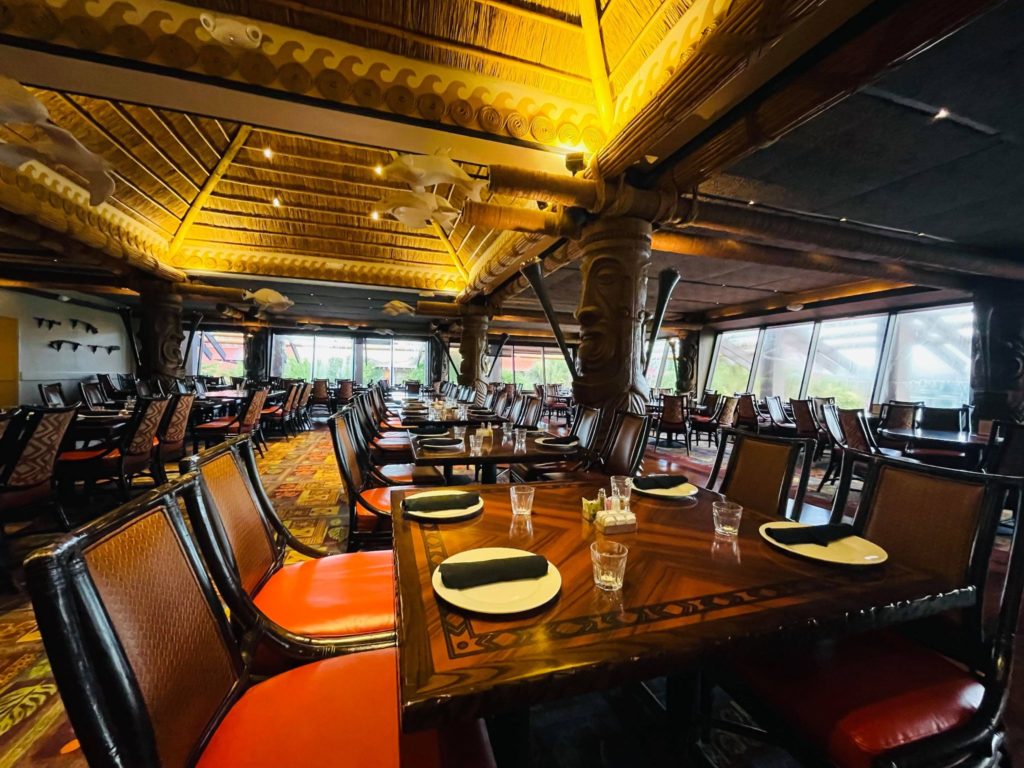 If the restaurant falls too far behind on reservations, it would need to turn over tables quickly.

Oh yes. You want to eat here. In fact, we eat at ‘Ohana two or three times per trip. I’m not even joking. 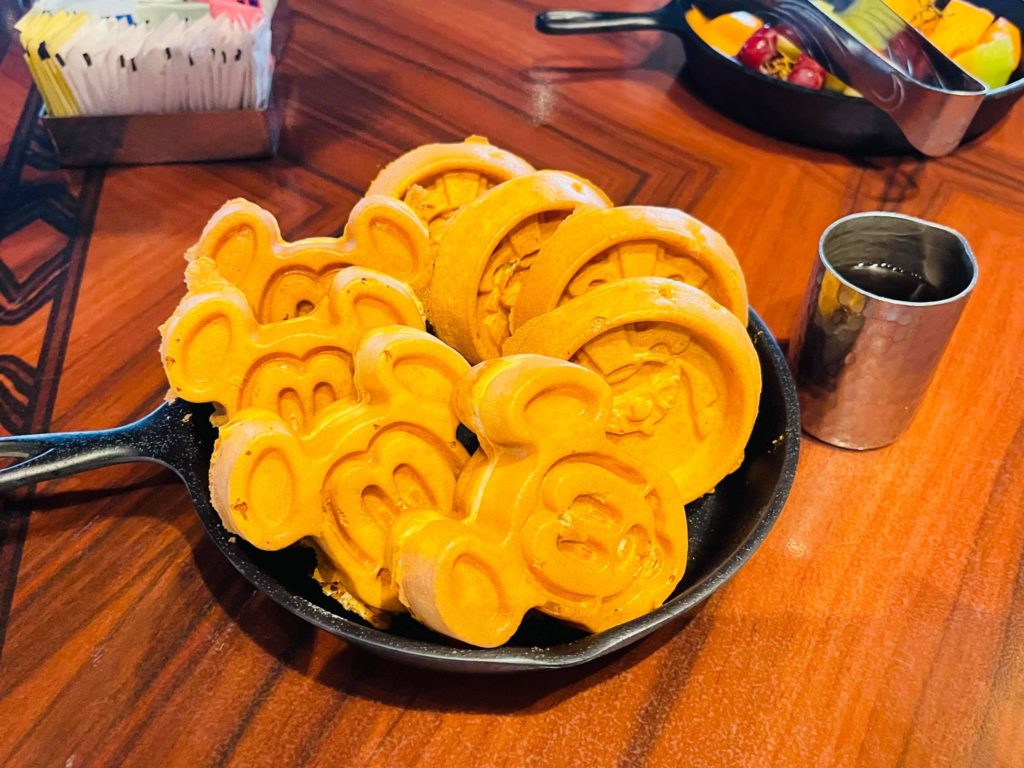 My wife dines her for breakfast on her birthday whenever she can. I love the dinner whenever we’re in a large group.

There’s something communal about the experience of sharing skillets with loved ones. Plus, you’re at Disney! So, everyone is that much happier! 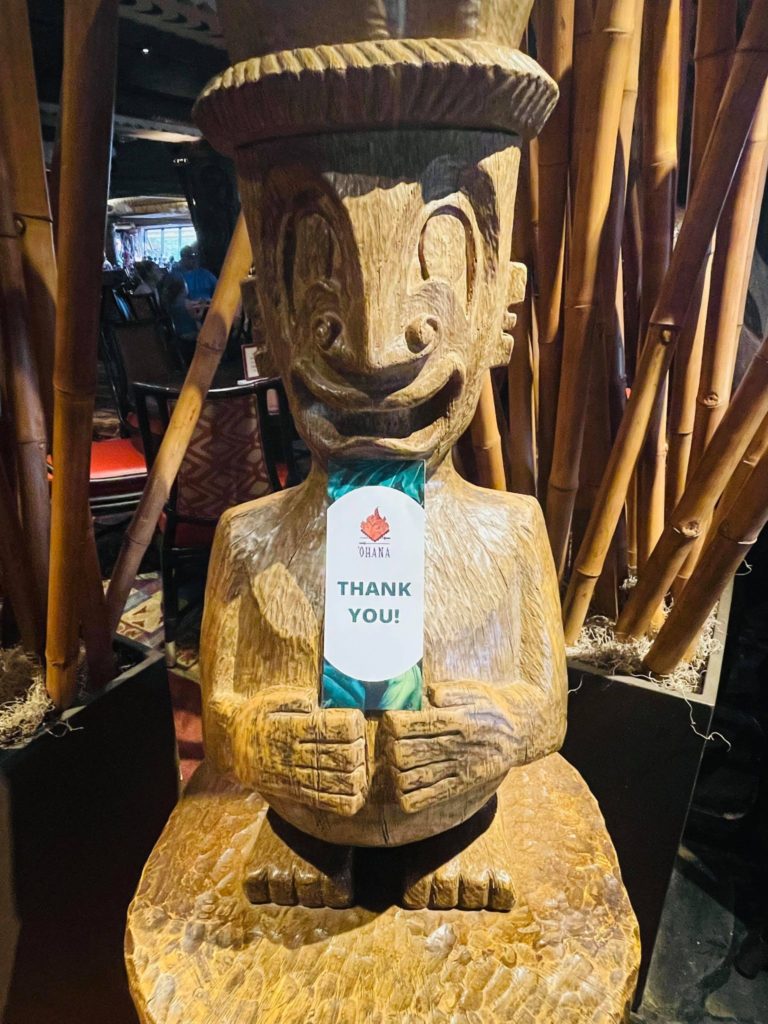 Honestly, you’re probably the least familiar with it of the places that I list here.

I’m a Disney Vacation Club member, and those of us in the club know this place as a hidden gem.

Olivia’s resides right by the hotel lobby, making it easy to find. That’s a bit rare for Old Key West, one of the most extended Disney resorts.

As for the food, Olivia’s has earned its reputation due to one dish, Southernmost Buttermilk Chicken. It’s the house specialty.

Out of the four places we’ve discussed today, Olivia’s is far and away the least expensive. You could eat here twice for what you’ll pay at ‘Ohana. 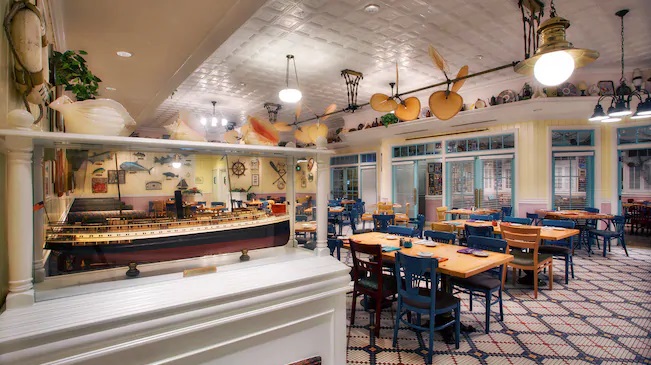 According to the backstory, the titular Olivia isn’t a restaurant chef per se but rather a kindly woman who feeds her neighbors. 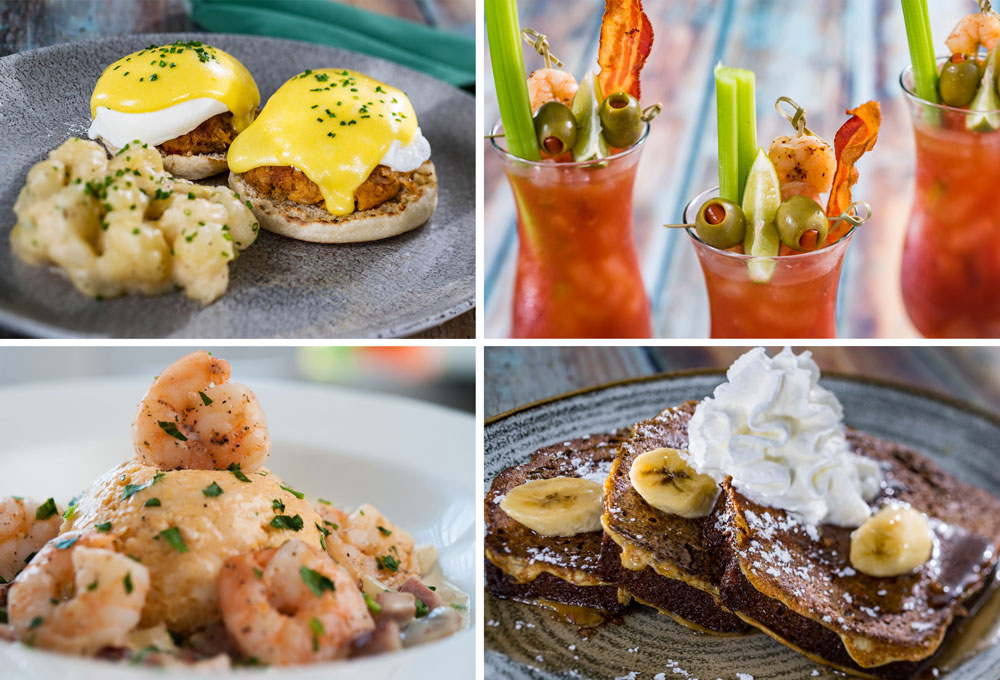 The chicken lives up to the hype, and the Key Lime Tart is every bit as good as you’d expect from a place with a Key West theme.

Old Key West Resort isn’t as convenient as some of the other Disney locales. It’s also kind of unheralded outside DVC circles. 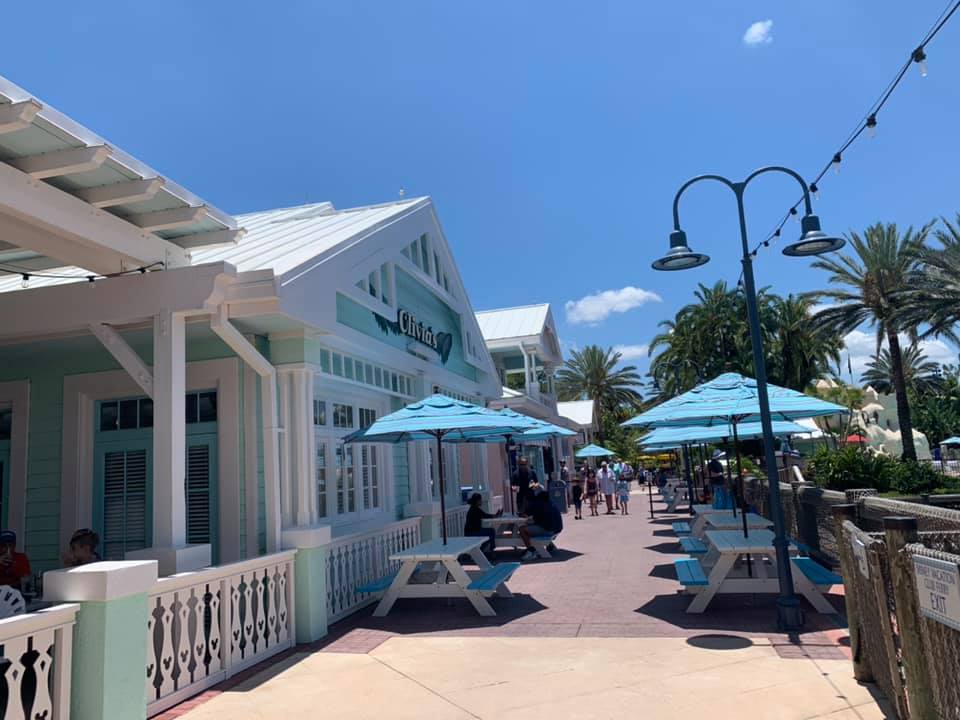 So, you won’t know much about it when you eat here and may not find the place impressive.

By Disney standards, the building’s interior isn’t distinctive. To DVC members, it’s a place where our family vacation photos of yesteryear go on the walls.

The other trifling complaint I’ve got is that the appetizers are almost entirely seafood.

You should try this place once if for no other reason than to say that you did.

Olivia’s is one of those secret places that only plugged in Disney fans know about. 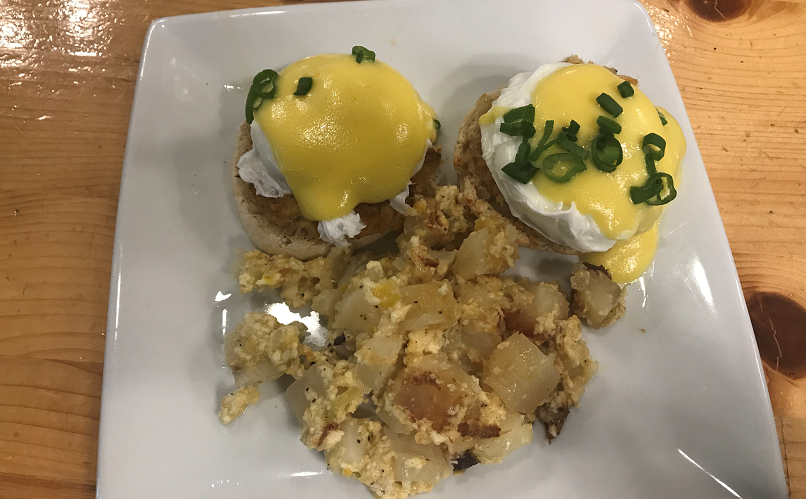 I suspect that you’ll fall in love with the place, though. There’s a reason why so many DVC members eat here at least once per trip. That chicken is goooood.