I absolutely love reporting news like this! Just today, Disneyland has announced DisneylandForward that lays out expansion plans for the California Resort that include a new theme park, addition of several new “lands” and attractions, new entertainment district, parking expansion, and more!

With DisneylandForward, Disney will take inspiration from new lands and attractions coming to Tokyo DisneySea for the future of Disneyland Park at the Disneyland Resort. This includes the following: 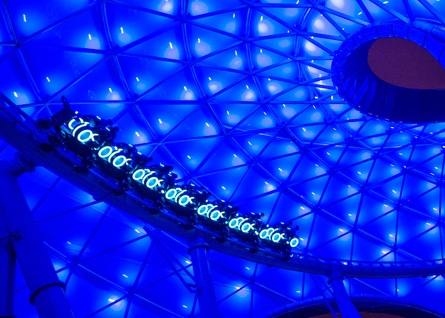 Also included in DisneylandForward is the transformation of Disney California Adventure Park to be home to some of the world’s most technologically advanced, immersive, and cutting-edge entertainment, taking cues from the following projects that are currently underway or completed at Disney Parks around the world:

The OCRegister is reporting that the Disneyland Forward plan calls for an “Immersive Theme Park” expansion on the westside – where Downtown Disney and the Lilo and Stitch parking lots are currently located – will be constructed. This Disneyland third gate would be located among both the Disneyland Hotel and Paradise Pier Hotel.

Looking at the concept art, one will see a mountain landmark that is surrounded with water and other buildings. There is also a “mountain ridge” separating the new park from hotels on the other side of the property.

With a new theme park being built where Downtown Disney is currently located, the DisneylandForward plans call for a new shopping, retail, and entertainment district to be built as part of the eastside expansion of the Disneyland Resort. Disneyland says this area would be similar to the uber-popular Disney Springs area at Walt Disney World. It would be the perfect location for locals, conventioneers, hotel and Disneyland Resort Guests to enjoy a variety of restaurants, hotels, live music, shopping, shows, and much more. 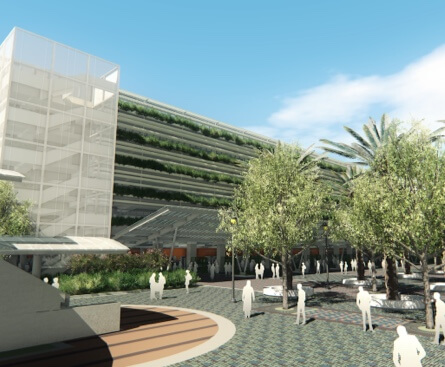 With all of this expansion, Disney vows to invest in transportation, parking, transit, and pedestrian safety measures to improve mobility throughout the Resort.

A new parking area will also be created on the east side of the Disneyland Resort which would result in a pedestrian bridge with upgraded entrance accessibility for hotels and businesses located along Harbor Boulevard. 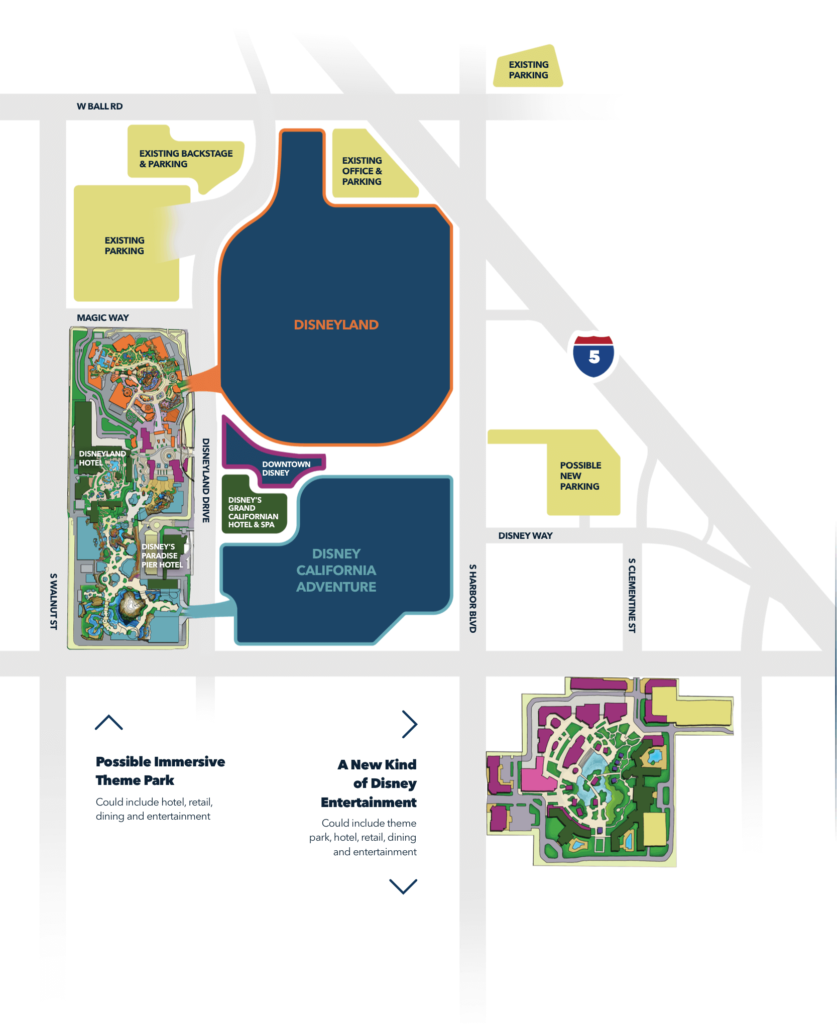 The timeline for the DisneyForward expansion is a few decades. Disney is closely working with the City of Anaheim to help rebuild following the economic devastation caused by the pandemic.

Disney originally submitted plans back in the 90s for expansion ideas and will be requesting now to move forward with the plans and more flexibility from the city.

Jeanette Lomboy, Walt Disney Imagineer, had this to say about DisneylandForward: “Because of the current rigid district structure, we just need more flexibility. We’re excited about the possibilities and ready to dream. Believe me, we have not shortage of ideas, content or stories to tell or build.” 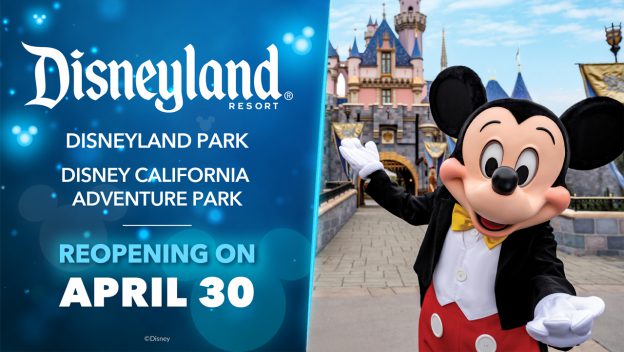 Make sure to keep it here with MickeyBlog for all the latest breaking news surrounding the DisneylandForward project!

Let’s start planning your visit to Disneyland or another Disney Destination! Fill out the form below or send an email to Holly@MickeyTravels.com for a FREE, no-obligation quote to book your Disney vacation. EVERY vacation package* booked EXCLUSIVELY with me by April 15, 2021 will receive a Disney Gift Card as a thank you with your final travel documents. In addition, one lucky client will receive a FREE MemoryMaker ($169 value). As an agent with MickeyTravels (a Platinum Earmarked Agency), I will be on hand to help you with everything from finding your perfect package and I offer rate monitoring to ensure you are receiving the best rate available by Disney!. I work with all Disney Destinations and destinations outside of Disney. Best of all, my services are absolutely FREE. Get in touch via email at Holly@MickeyTravels.com or calling 954.401.9577. Also, make sure to CLICK HERE to follow along with my Facebook page for all things Disney and giveaways!