After the 412-day closure of the Disneyland Resort halted the 2020 celebration of Gay Days, the unofficial event is back for 2021.

However, the event will be held on September 17-19 this year instead of the typical October, at both Disneyland and Disney California Adventure. 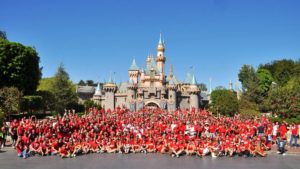 The move from October to September has been in the works for a few years to try and avoid the crowd that Halloween brings to the parks.

With the event drawing in 30,000 guests for the 3 days, it’s easy to see why a less crowded day is needed for the meetup. 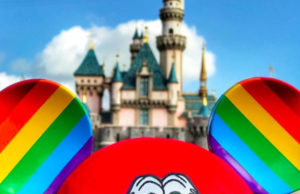 The Anaheim event drew in a crowd of 2,500 guests who all wore red shirts to be seen and identify one another. 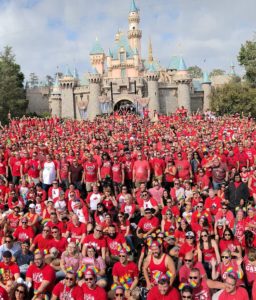 30 years later, the event has grown into a three-day event that states itself as a “mix-in”, allowing every sexuality under the queer spectrum to mingle and bond.

Although the event is not officially sponsored or presented by Disneyland itself, sponsors do include Adventures by Disney, Disney Vacation Club, and Aulani, A Disney Resort & Spa. 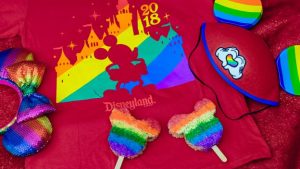 Even though the event is not official, Disney has continuously released pride merchandise following the red theme of Gay Days for a number of years, with the 2021 Rainbow Collection being the exception.

The Walt Disney Company has come leaps and bounds from the first Gay Days in 1991 held at the Magic Kingdom, and advertising in 1994 a disclaimer about the event at the entrance of the park. 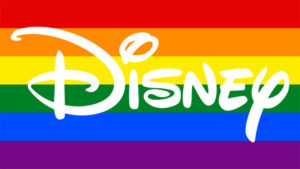 The company is now actively allowing selling pins with specific pride flags on and has banished gender-specific costumes from their parks and resorts.