Earlier this evening, Walt Disney Animation tweeted the sad information that Dale Baer has passed away.

“We are saddened by the passing of animator Dale Baer,” said the tweet from Disney Animation. “He was the supervising animator of beloved characters including Yzma from The Emperor’s New Groove and Owl from Winnie the Pooh.

“Baer’s first role at Disney Animation was as a trainee on Robin Hood and over the course of his career, he animated on films such as The Lion King, Treasure Planet, Home on the Range, Meet the Robinsons and The Princess and the Frog.”

Many of his fellow animators are sharing their thoughts on his passing and the results are tear-jerking.

Yesterday we lost a gentle giant of animation. Dale Baer has passed away. He was one of the kindest people I’ve worked with. So talented and so humble. A true one-of-a-kind and I’m grateful to have known him. pic.twitter.com/wG7U6AVozq

I’m heartbroken to hear of Dale Baer’s passing.He was my mentor when I was a hand-drawn anim trainee in 2008 He was the kindest of souls, such a force of gentleness &compassion that was so needed in an industry where we are so prone to beating ourselves up.We have lost a legend💔 pic.twitter.com/M74K69kaDY

The man who animated this, Yzma, Owl, Pooh and 40 years more of characters for Disney and other studios died yesterday. Farewell to an animation legend and my friend, Dale Baer. #ripDale #2danimationmaster pic.twitter.com/ax1DEpIQ2r

“His work can also be shorts like ‘How to Hook Up Your Home Theater,’ ‘Get a Horse!’ and ‘Feast.’ Having directly worked with six of Disney’s legendary Nine Old Men (Walt Disney’s trusted and pioneering team of animation giants), he carried on their legacy in his own work, and through the many aspiring animators he so generously mentored at the Studio and through his classes at CalArts and other institutions,” added Disney Animation. “He was a great friend and will be deeply missed.”

Personally, looking at the mans work, it occurs to me that Mr. Baer drew both my childhood AND my children’s childhood. From the Robin Hood sheets that I slept on, to the cheer we all let out at the end of Feast, Dale ignited our collective imagination.

For that, I think you.

MickeyBlog.com extends its deepest condolences to Baer’s family and colleagues. 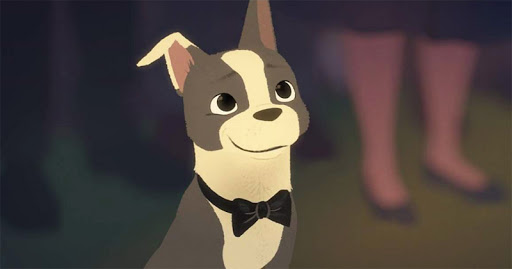