If you’ve been following along with MickeyBlog then you know that we’ve been sharing some very special and inspiring stories from Wish Kid and we have another one that is certain to move you. 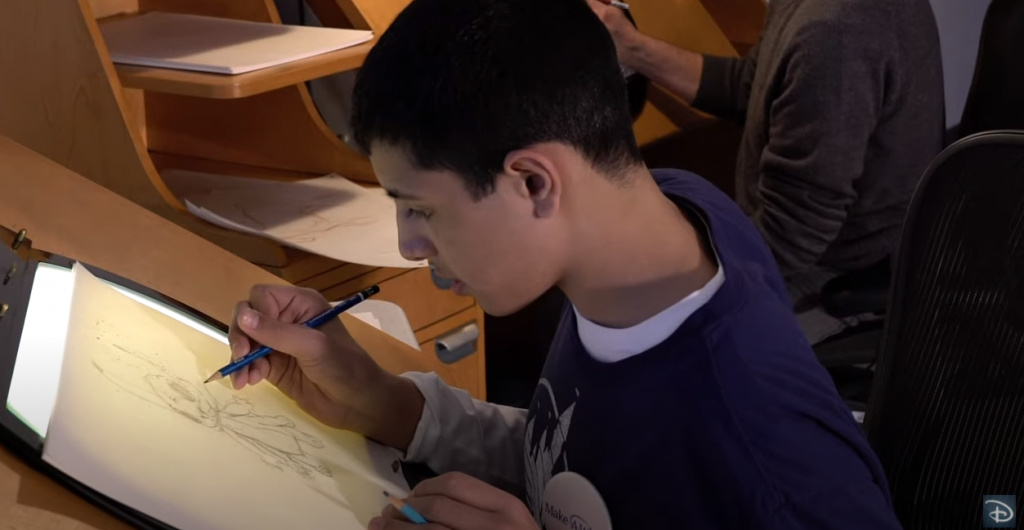 Disney recently launched a video series called “The Wish Effect” which takes a closer look at the power of Disney’s collaboration with Make-A-Wish and the impact it can have on a child’s life long after that wish is granted.  In the latest episode, which you can view below, you’ll meet TJ whose wish was to visit Walt Disney Animation Studio to meet with animators.

This very special wish was granted back in 2019.

As you can see from the video above, TJ who hails from Suffolk County, New York the films of Walt Disney have been a huge inspiration.  TJ was diagnosed with leukemia at the age of 11 and during his stints in the hospitals it was films like Lilo & Stitch and The Lion King.  TJ even took his love one step further by drawing sketches of his own characters.

So when it came time to have a wish granted by Disney and the Make-A-Wish Foundation TJ said, “I want to be a Disney animator and I wanted to see what goes into making my favorite movies.” 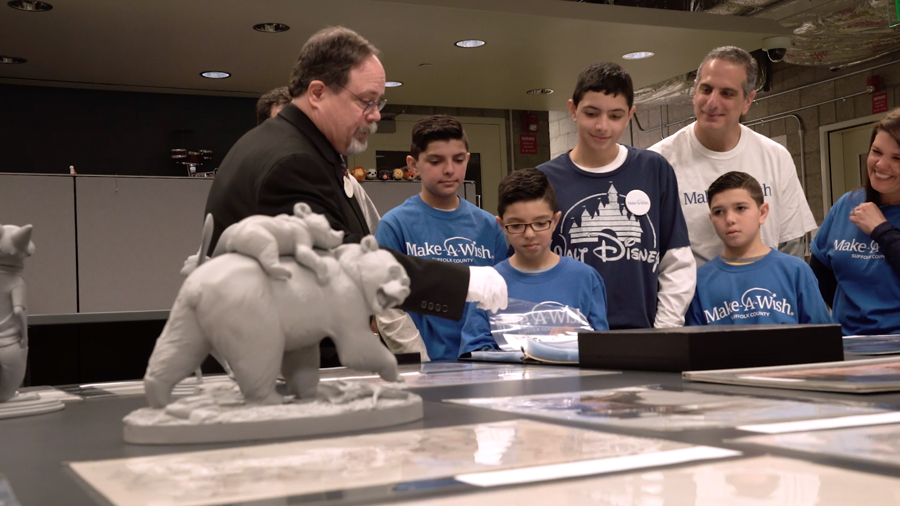 Fox Carney, Manager of Research for the ARL recalls TJ walking into the studio for the first time, “When I saw TJ walk in, his jaw just dropped, looking at our table of artwork. He said, ‘Wow, this really means something,’ and it shows a greater perspective when you see the connection that it makes with a child, and a child for whom this is so important. It makes our job even that much more worthwhile. It makes our coming into work just that much more meaningful.” 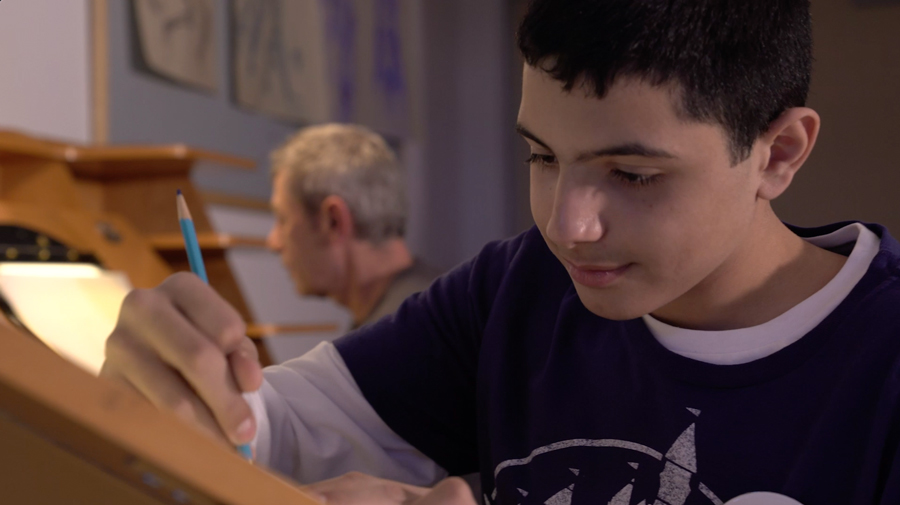 After a visit to the studio TJ met with a group of animators and producers over lunch.   They provided him with an inside look at how a film goes from inception to the big screen.  A huge takeaway with the teamwork that is part of Disney Animation’s ethos.  The group included studio President Clark Spencer, animator/director Eric Goldberg and Zootopia director Byron Howard and co-director/writer Jared Bush.  During their meeting the animators shared stories with Jared about their own career journeys.  They were also filled with pointers on how TJ could pursue his own dreams of becoming an animator! 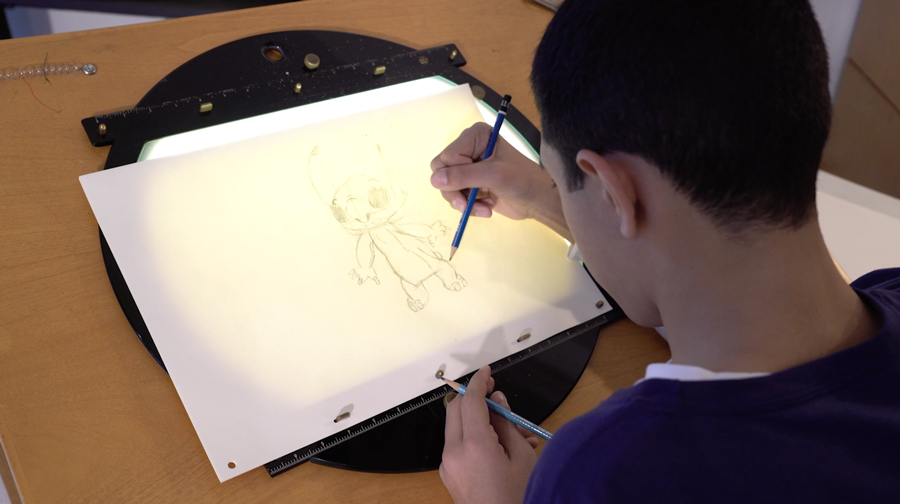 Bush said that TJ wasn’t the only one inspired by TJ’s visit saying that the animators who spent time with TJ left the interaction “feeling fantastic for days,” and that TJ’s enthusiasm made them excited for the up and coming generation of artists that work for Disney Animation! 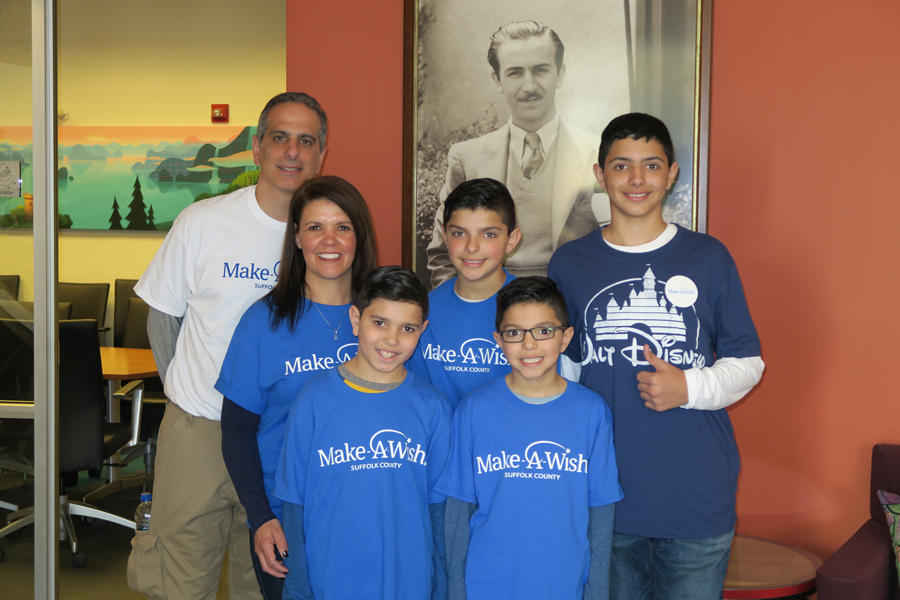 As part of his special day, TJ also took a private tour of Walt Disney’s office, which has been restored to its original state on The Walt Disney Studios lot, before returning to Disney Animation for several hands-on experiences. Renato Dos Anjos, head of animation for “Zootopia” and “Ralph Breaks the Internet,” gave TJ an expert tutorial on computer animation, teaching him how to use a character rig and make it come to life through animation. Alex Kupershmidt, a supervising animator from “Lilo & Stitch”—TJ’s favorite film—guided him through the process of character sketching, recognizing the young man’s ability and telling him that he looks forward to working with him in the future. TJ also visited Disney Animation’s “animation pit,” where dozens of additional animators greeted him and shared stories about their work and careers! 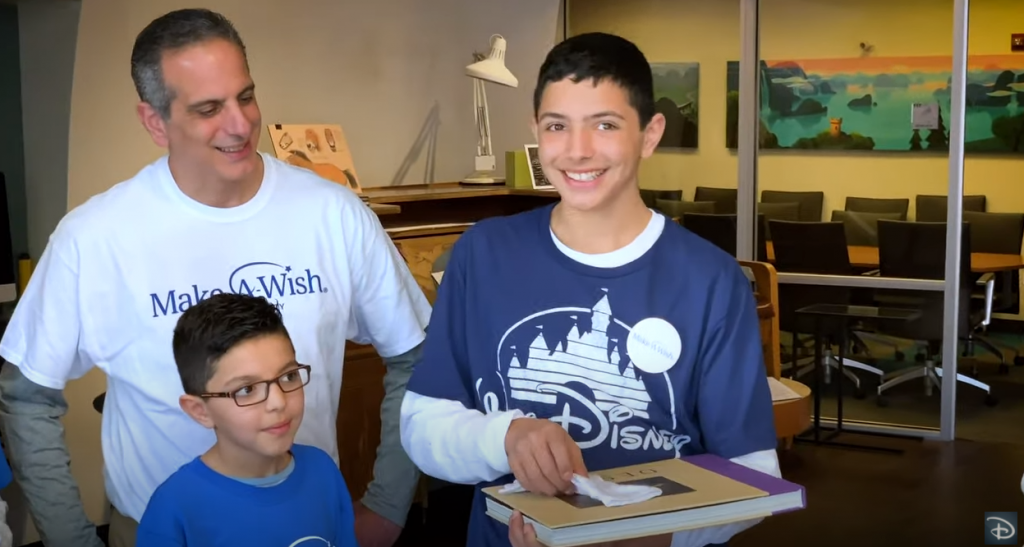 TJ described his wish as the best day of his life, and as he prepared to return home, he looked forward to a bright future, sharing, “In a couple years, I’ll show up again and work here!” When he was recently reunited with Bush virtually for the latest installment of “The Wish Effect,” TJ assured the animator he’s taken all of their advice to heart and continues to work on his animation skills. “I’m so happy I get to know you,” he said.

For children with critical illnesses, a wish can be transformative, bringing hope, strength and joy, so they can forget about treatment and just be a kid. Together, Disney and Make-A-Wish® have made more than 140,000 wishes come true over the course of our 40-year relationship, with every part of The Walt Disney Company—from its theme parks and Disney stores, to the television and movie studios—helping grant these life-changing wishes.