And Check Out “The Official (Fake) Ratatouille Playbill”

Firstly, a fan-made TikTok musical of Ratatouille has cooked up plenty of admiration. 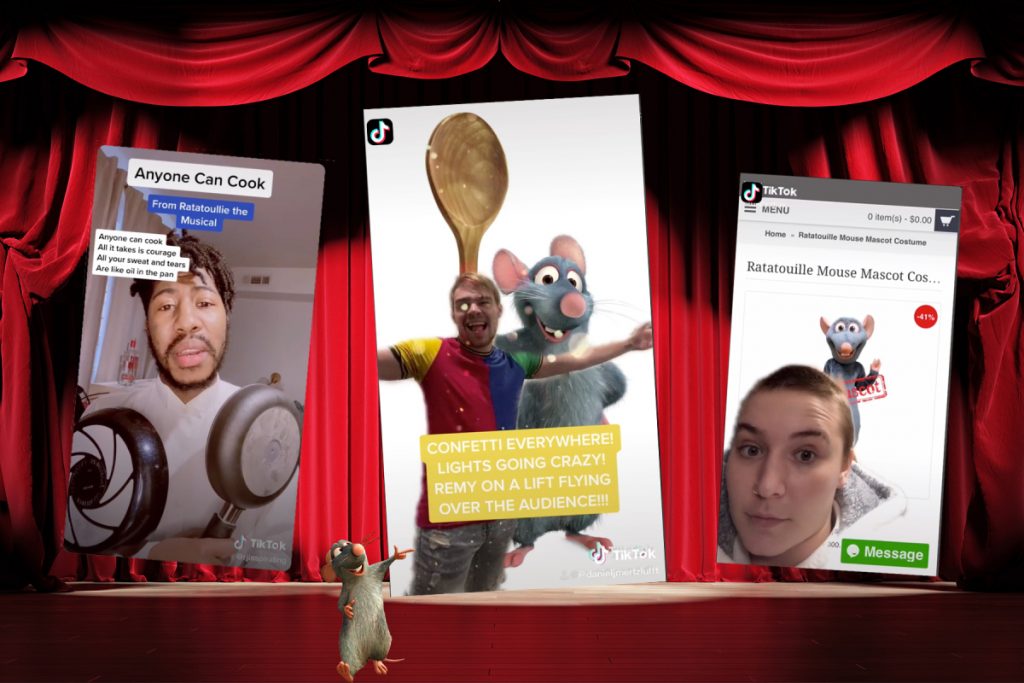 Secondly, Playbill.com — the official magazine for theatergoers — recognized the internet sensation and even created a “Playbill” for the project.

A Disney rodent is taking over TikTok—no, it’s not Mickey or Minnie. It’s Remy, the main character of the Disney-Pixar 2007 animated film Ratatouille.

While TikTok has become the expected platform for unexpected musicals, like Grocery Store: The Musical that went viral earlier this year, this is a brand-new recipe.

One of the ingredients? Daniel Mertzlufft (@danieljmertzlufft on TikTok), who was the mind behind TikTok’s Grocery Store: The Musical. The New York-based composer and arranger was tagged in a video by his friend, Rocky Paterra (@rockysroad, of “I’m An Accountant” TikTok fame). The video was Em Jaccs’ (@e_jaccs) “Ode to Remy,” a love ballad for Ratatouille’s lead character that was posted in August. 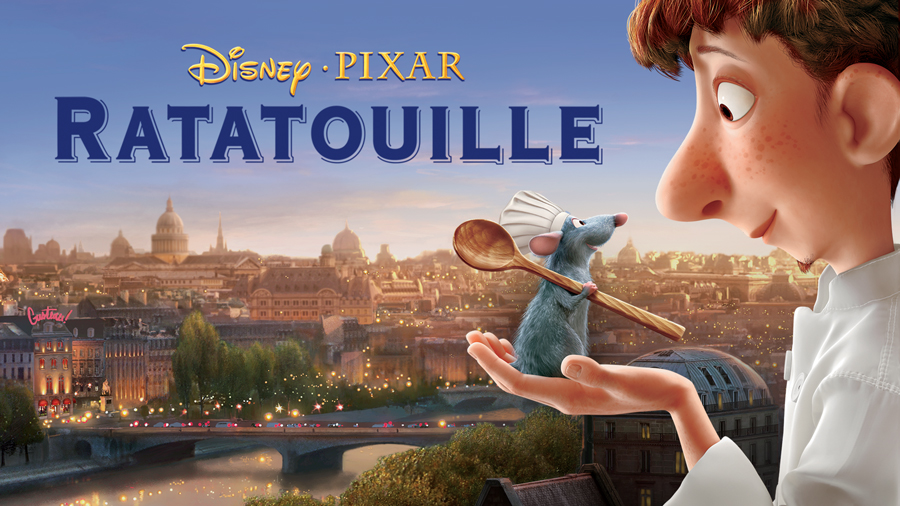 In a pivot from Grocery Store: The Musical, it wasn’t only singers dueting with Mertzlufft’s video to add on more vocals, but songwriters began to expand Ratoutille’s song list with their own original creations.


Lots Of Cooks In The Kitchen

After that, in a fabulous turn of events, TIKTOK Coffee on YouTube collected a TON of great additions to the project. 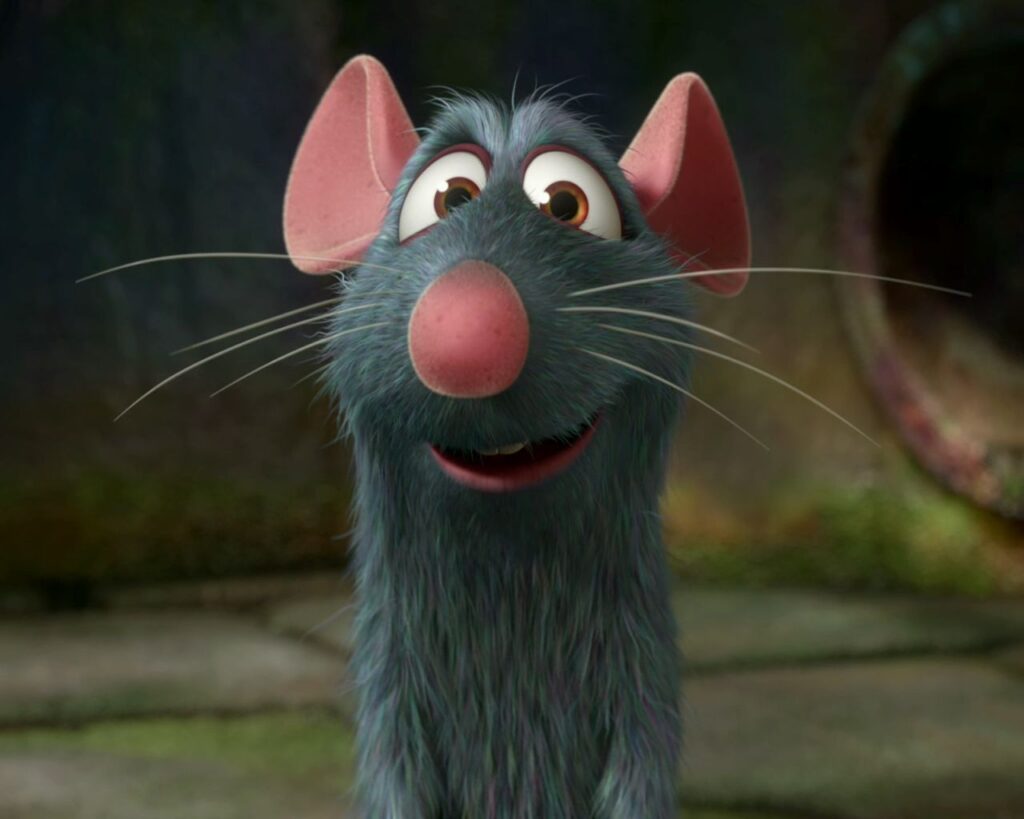 From songs for characters like Colette, Linguini and Anton Ego, to choreography, stage design, footage of the orchestra conductor, playbills… You name it. TikTok has done it. Ratatouille the Musical is here, and it is, truly, a chef’s kiss moment.

Meanwhile, the coolest thing about this story is just how readily people have accepted the fan-created content; that and the established theater community’s enjoyment of the project.

For instance, that embrace is on display in the official unofficial Ratatouille The Musical program: 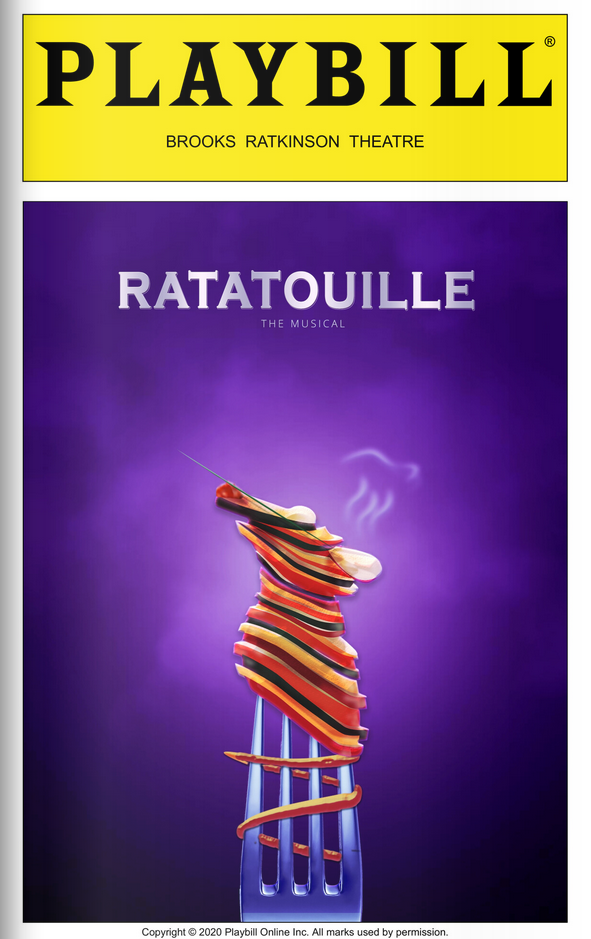 Finally, who knows, maybe Disney is listening, too.