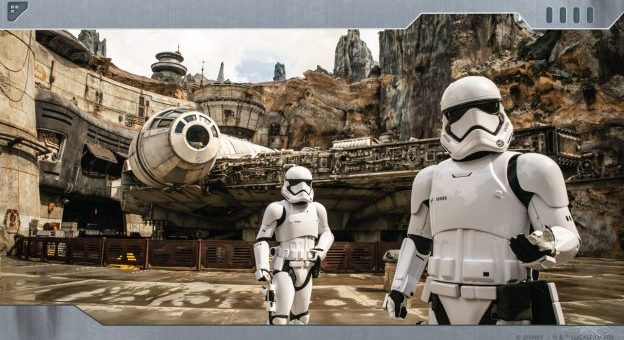 When Disney announced plans for Star Wars: Galaxy’s Edge at both Disneyland theme parks and Hollywood Studios, it was revealed that the lands on both coasts would deliver a similar Star Wars experience with the same shops, restaurants and attractions.  However, according to a post in the Orange County Register it wasn’t always intended to be that way.

During a recent webcast held by the Themed Entertainment Association, Imagineers Scott Trowbridge and Robin Reardon revealed that Disney did discuss creating two separate experiences between the theme parks. 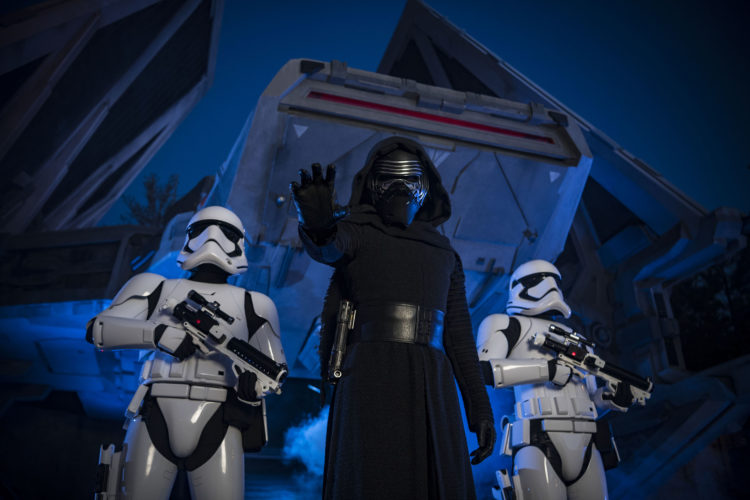 The Imagineers said that very early on the decided that they didn’t want the Star Wars lands to be in a location that fans were already familiar with.  “Early on, you can imagine the conversations we had about Tatooine, Hoth or Dagobah — all these classic places that we have seen in Star Wars storytelling in the past,” Trowbridge said during the webcast. “But for us, from the very beginning, we said, ‘No we don’t want to do that.’”

According to the piece in the Register, the goal was to create an immersive land where Disney theme park visitors could live out their own adventure rather than following in the footsteps of Luke Skywalker or Rey.  Trowbridge said,  “We wanted to build a place that felt like it was the perfect stepping off point for your adventure.”  He continued, “A place rife with opportunity, rife with possibility.” 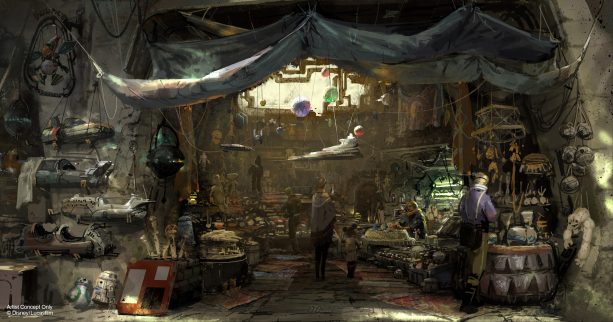 The Imagineers said that early on in the creative process they decided to theme Galaxy’s Edge around a land that had not yet been seen in the movies, TV shows or video games. And at that point having two separate experiences for Disney World and Disneyland was something the team considered.  “We did have a moment where we considered building a different project in each location, but it was a very short moment.” Trowbridge said during the webcast. “We pretty quickly realized that the right thing to do was for us to build sister versions of the same place on each coast.”

However, eventually it was decided that there would be one Galaxy’s Edge that would be built on both coasts.  Galaxy’s Edge first opened at Disneyland Resort in May of 2019 and then at Disney’s Hollywood Studios in Walt Disney World in August of the same year.  The reasoning? Simple says Reardon, “We knew that it was going to be more inefficient to design two different things.”  By making the lands the same, Reardon added, “We built two of everything at the same time.”

So though, the experience of visiting the planet of Batuu at Star Wars: Galaxy’s Edge is simply out-of-this-world, we can’t help but dream about what it would have been like to visit two completely different Star Wars experiences on both coasts.  But unfortunately what that might have actually looked like was not disclosed by the Imagineers and lives on only in our imaginations!

Thinking about a visit to Disney? Getting started is easy! Simply fill out our form below to get your FREE, no-obligation quote from MickeyTravels.
Why not consider working with an Authorized Disney Vacation Planner?  As an agent with MickeyTravels, I can help you get the best discounts for your Disney World vacation package, assist with making dining, and Fastpass reservations and can even help you plan an itinerary filled with extra special seasonal touches. Best of all my services are absolutely FREE! Contact me at 1.800.801.4025 via email at mroden@mickeytravels.com or on Facebook and let’s get planning
Source: Orange County Register
Share