For generations the name John Williams has been synonymous with the iconic sound of the Star Wars franchise. But all that has changed when it comes to the music of the “The Mandalorian”, the first-ever live-action Star Wars series. Ludwig Göransson, a Grammy®-and Oscar®-winning composer has definitely made his mark with his blend of dynamic instruments and genres never before heard in the Star Wars saga.

“That was the first time we met in person,” recalls Göransson. “All the walls in his office were covered in art from the show. He showed me these beautiful paintings and artwork from The Mandalorian—all the planets and the characters. And he told me the story. I was immediately blown away as he told me about the inspirations—about the samurai inspiration, about the Western inspiration. It was about one man’s journey, and he told me something that was really inspiring: ‘I want to try to experiment here. I want to try a new idea. But I still want to keep the soul of Star Wars in the music.’ And that was very helpful.”

Göransson impressed both Favreau and director, writer and executive producer Dave Filoni, landing the coveted composing job. “From the very beginning,” he says, “I had Jon and Dave’s support to try something new, to experiment and to see what we could accomplish.” 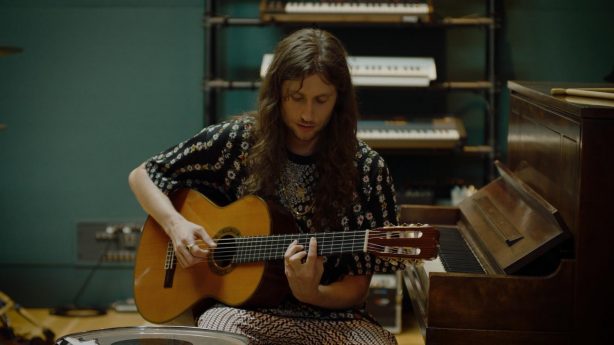 Göransson spent the first month toiling away in his studio, improvising and intuiting themes for a mix of characters—including the titular bounty hunter, played by Pedro Pascal. “For season one of The Mandalorian, there were no rules. There were no boundaries,” says Göransson. “The music could be any type of instrument and it could be any type of genre.”

“It’s the production and the use of the orchestra that glues all the instrumentations together,” he says. “That’s why it was important to me that on every episode we still used a full 75-piece orchestra, which is very unique for a TV show… It’s that combination that makes all these different instruments and sounds work. It feels like it’s all part of the same universe, even though musically it’s from all around the world. I remember in season one, people reacted differently to what they heard. I would get questions from people like, ‘Is that a South American flute?’ People weren’t really sure what they were listening to. In fact, it was a recorder from the baroque era. The way you can manipulate sounds today is so interesting.”

Last month, The Mandalorian won seven Primetime Emmy® Awards, with Göransson receiving top honors for Outstanding Music Composition for a Series. “It was a nice surprise. I’m very honored to receive that award,” he says. “It was nice to celebrate with Jon and all the creative talent on The Mandalorian, because everyone put in so much work.” 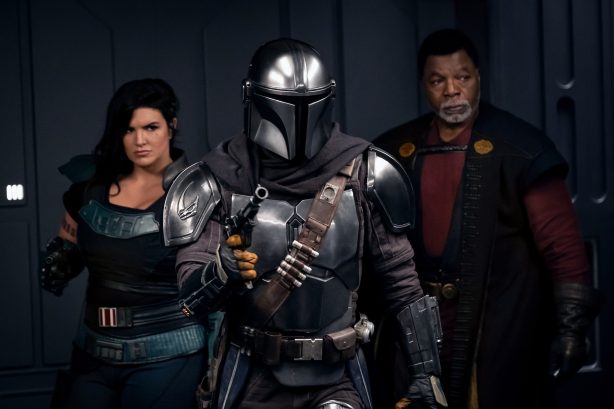 The accolade arrived just as Göransson was finishing three months of work on The Mandalorian’s second season. Recording the score was challenging, due to the global pandemic, but it also inspired Göransson to get more creative. “It was scary, because when I started in June, the scoring stages were still closed,” he recalls.

“Fortunately for us, we were able to open up the Fox scoring stage. We were some of the first people to record again with a live orchestra. It was different guidelines, but it was so exciting to be back with my musician friends and to see them play. It was also so important that we got to do that, because the live orchestra really brings in an organic sound that the show’s music is truly dependent upon. I like to play with the dynamic a lot when I have the orchestra on The Mandalorian so I can make a lot of changes and really shape the sound live and in person.”

The difference is heard loud and clear as season two arrives today on Disney+, October 30. “There are so many different places we go to and so many new characters we meet. They all have different sounds and instruments tied to them. There is a lot we’re going to go through. Every episode is kind of its own journey, like it was in season one, so there’s going to be a lot of new material incorporated,” he says. “There are also going to be lots of themes people recognize and feel warm at heart with, but you’ll hear different iterations of them.”