Disney+ Shows and Movie Line Up for August

Disney+ is my go-to streaming service. They have more than just Disney shows and movies. From National Geographic to ESPN, there is something for everyone.

Disney+ has announced its full line up for August, and it’s over 40 new movies and tv shows! Check them out below.

Prince of Persia: The Sands of Time

Howard Premiere
Directed by Don Hahn (“Beauty and the Beast”), “Howard” is the untold story of Howard Ashman, the brilliant lyricist behind Disney classics like “Aladdin,” “Beauty and the Beast,” “The Little Mermaid” and creator of musicals including “Little Shop of Horrors.” Featuring never-before-seen archival footage, personal films and photographs, as well as interviews with Howard’s friends and family, the film is an intimate look at the Disney Legend’s life, his creative drive, and the process behind the music. Spanning his childhood in Baltimore, to his formative years in New York, and his untimely death due to AIDS, “Howard” goes in-depth to explore his journey to become the lyricist behind some of the most beloved and well-known classic family films in the world. (Trailer | Media Kit)

Muppets Now Episode 102 – “Fever Pitch”
Fozzie Bear has some big ideas for Muppets Now, and there’s no time like the deadline to start pitching! He’s found a very tough audience in Scooter, who just wants to finish uploading the latest delivery. We see the very first episode of a game show that Pepe The King Prawn totally just made up. The Swedish Chef tries to cook a better molé sauce than his competitor, Danny Trejo. Dr. Bunsen Honeydew has replaced Beaker with a new smart assistant, and things get fired up. Miss Piggy and her guests, Taye Diggs and Linda Cardellini, show viewers how to work it out when they share the secret to staying healthy. (Media Kit)

Disney Family Sundays Series Finale Episode 140 – “Goofy: Pencil Cup”
Who says you can’t be Goofy and organized at the same time? Not Amber or the Gubaney family, who connect to work on a Goofy-inspired craft. She will show them how to turn a simple item from the cupboard into a fun organizational tool that’s sure to stand out. Meanwhile, the biggest challenge of all may be figuring out which Gubaney is the Goofiest! (Media Kit)

Ant-Man and the Wasp

The One and Only Ivan Premiere
An adaptation of the award-winning book about one very special gorilla, Disney’s“The One and Only Ivan” is an unforgettable tale about the beauty of friendship, the power of visualization and the significance of the place one calls home. Ivan is a 400-pound silverback gorilla who shares a communal habitat in a suburban shopping mall with Stella the elephant, Bob the dog, and vario us other animals. He has few memories of the jungle where he was captured, but when a baby elephant named Ruby arrives, it touches something deep within him. Ruby is recently separated from her family in the wild, which causes him to question his life, where he comes from and where he ultimately wants to be. The heartwarming adventure, which comes to the screen in an impressive hybrid of live-action and CGI, is based on Katherine Applegate’s bestselling book, which won numerous awards upon its publication in 2013, including the Newbery Medal. (Media Kit)

Muppets Now Episode 103 – “Getting Testy”
Joe, the new legal counsel for The Muppets, interrupts the scheduled delivery of Muppets Now to announce that all streaming content must be vetted by a focus group. Things go from bad to worse when Scooter meets up with the assigned test audience – curmudgeonly critics Statler & Waldorf. The Swedish Chef collaborates with Chef Roy Choi as the two try to make a one-of-kind kalbi bowl. Dr. Bunsen Honeydew and his assistant, Beaker, enlist a Pizza Delivery Person (Al Madrigal) to explore velocity. Miss Piggy and her guests, Linda Cardellini and Taye Diggs, dig deep into the workings of a healthy relationship. Pepe The King Prawn’s unbelievable game show features new contestants, new challenges, new rules, and no planning at all. (Media Kit)

Magic Camp Premiere
A group of misfit campers help a down-on-his-luck magician rediscover his love of magic in Disney’s “Magic Camp,” a heartwarming comedy about finding joy and confidence in self-acceptance.

One Day at Disney Episode 137 – “Pavan Komkai: Broadcast Engineer”
Manager of Broadcast Engineering at Disney Streaming Services, Pavan “Billy” Komkai explains the unique process of broadcasting live sports on ESPN+ for fans around the world. No matter the time of day or the location of the event, Disney’s Streaming Services team provides viewers with high quality coverage of diverse sporting events every day. (Media Kit)

Weird But True! Season Premiere Episode 301- “Dinosaurs”
Did you know there are more stars in the universe, than grains of sand on the whole planet?! So weird! National Geographic’s newest season of “Weird But True!” on Disney+ gets even weirder! Children’s entertainers and educators Charlie Engelman and Carly Ciarrocchi host the third season of the Emmy Award-winning series, and this time, they’re embarking on even more imaginative and strange adventures to reveal surprising and interesting facts about the world. Set both in studio and in the field, the award-winning “Weird But True!” integrates a mix of arts and crafts, unbelievable facts and real-life exploration. This 13-episode season includes weekly guest appearances from renowned astrophysicist Michio Kaku and Nat Geo Photographers and Explorers, including Anand Varma, and professor and founder of SciStarter Darlene Cavalier. Whether hunting for dinosaur fossils, hiking volcanoes or flying planes, the science-loving duo Charlie and Carly inspires kids to get excited about the world around them.

Hosts Charlie Engelman and Carly Ciarrocchi don’t have tickets to their favorite actress’ movie premiere, but somehow their friends do. Charlie and Carly’s quest to get to the Alabama Cones premiere takes them on a fascinating journey to Dinosaur National Monument. There, they hatch a plan with a paleontologist to “dig up” the dough. 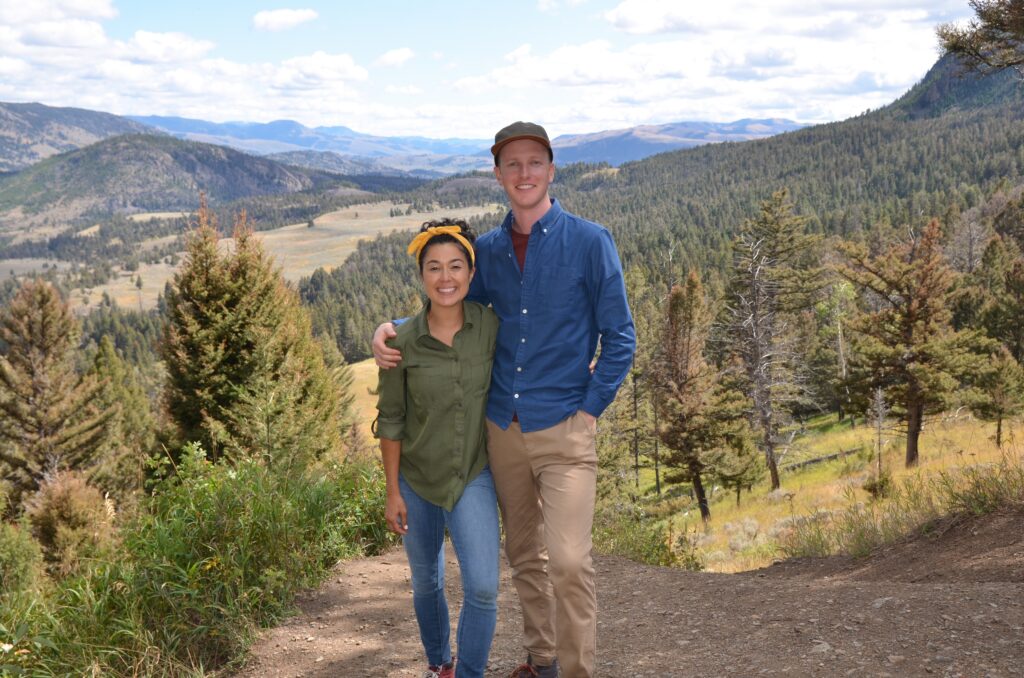 Back to the Titanic

Mars: One Day on the Red Planet

Muppets Now Episode 104 – “Sleep Mode”
Scooter wakes up in horror to discover his all-nighters have finally gotten the best of him, and he has only 30 minutes to upload Muppets Now. With the clock ticking and his eyelids drooping, Scooter enlists Animal to help him stay awake. Dr. Bunsen Honeydew and his assistant, Beaker, conduct a series of vibrational experiments with the help of a lonely, outdated computer. The Swedish Chef uncovers the secrets of Spaghetti Carbonara when staring down his competitor, Giuseppe Losavio. Miss Piggy sits down with Aubrey Plaza to conduct a fabulous one-on-one interview. Later, she looks out for number one as she focuses on self-care with guests Linda Cardellini and Taye Diggs. (Media Kit)

Weird But True! Episode 302 – “National Parks”
To protect or enjoy? Hosts Carly and Charlie have two very different plans for the backyard and cannot come to an agreement. Carly thinks backyards are to be enjoyed, and Charlie thinks they should be protected. A visit with park rangers from Yellowstone National Park might just help settle Carly and Charlie’s debate. 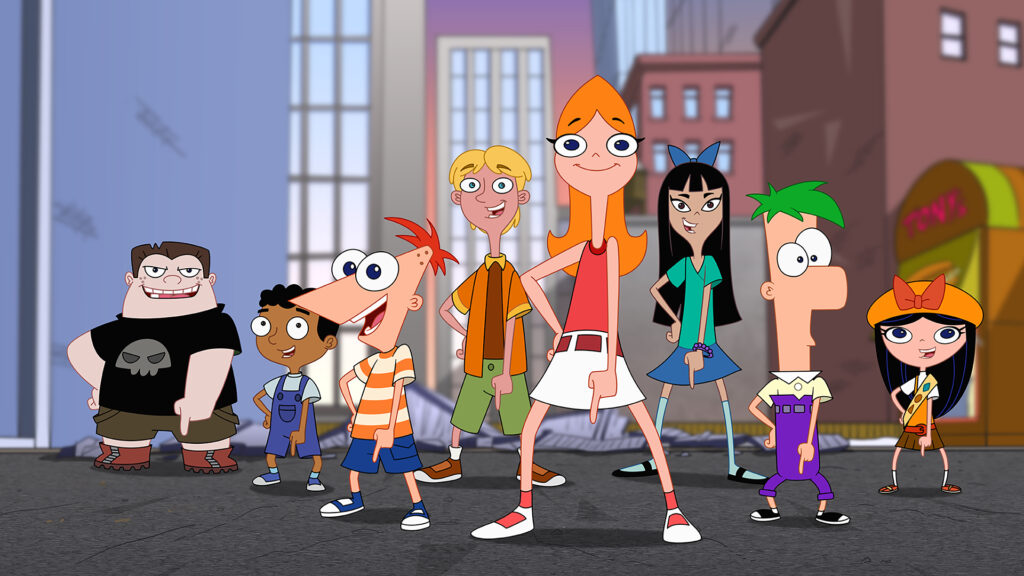 Alice Through the Looking Glass

Muppets Now Episode 105 – “The I.T. Factor”
Chip the I.T. guy installs an upgrade to Scooter’s overtaxed computer just as Scooter is beginning to upload the latest episode of Muppets Now. Scooter must work fast to get everything in place before the hard reboot goes into effect. Miss Piggy takes a trip through the topic of travel with guests Linda Cardellini and Taye Diggs. Pepe The King Prawn makes up a new game show on the spot, and the contestants do their best to keep up. Uncle Deadly demonstrates the drama, disciplines, and danger of stage combat for Muppet fanboy, Walter. Dr. Bunsen Honeydew puts the pressure on his assistant, Beaker, with a hydraulic-press experiment that requires a personal touch. (Media Kit)

One Day At Disney Episode 139 – “Eric Baker: Imagineering Creative Director”
Step into Star Wars: Galaxy’s Edge with Walt Disney Imagineer & Creative Director Eric Baker as he helps create this new, exciting land. From traveling the globe in search of props to overseeing larger-than-life installations, Eric is constantly reimagining how to elevate the park guest experience so they are in awe each time they step into new lands and attractions. (Media Kit)

Weird But True! Episode 303 – “Farming”
Charlie and Carly run a fruit-and-vegetable stand outside of headquarters, but lately, they’ve been selling out of their crops faster than they can grow them. Carly has an idea to turn the garden into a farm, but they don’t have enough space to grow everything they need outside. She takes Charlie on a trip to an indoor vertical farm in NYC to learn new possibilities of farming!

What’s on your list to watch next month? Let us know in the comments!Disney+