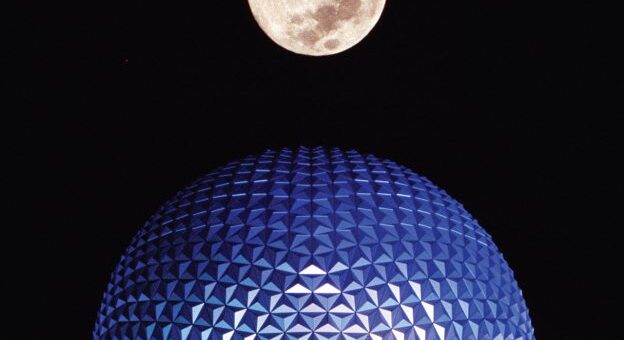 If we were asked to select some of our favorite Walt Disney World images this one would surely rank near the top. That’s why we were excited when we saw it crop up as part of Disney’s “Behind the Camera” series.

A testament to the timeless nature of this image, it was actually taken all the way back in 1982 and represents the magnificent Spaceship Earth being lit for the very first time! 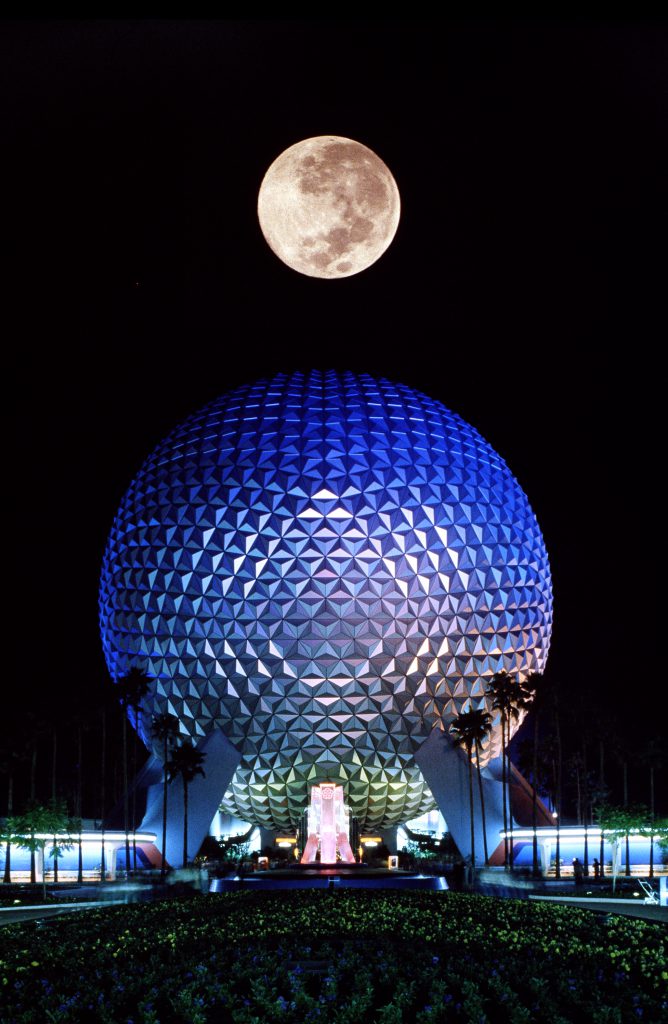 The photographer David Roark recalls the moment saying ” The way the light bounced off the geodesic panels was amazing (then and now). And then to top it off, we had a fantastic full moon that night, as well – a bit of Disney magic! So to capture both those icons in all their glory in one image, I decided to try using a multiple exposure technique.”

Roark also reminds us that back then digital imaging software didn’t exist. In order to capture the image, multiple exposures were needed. To do this Roark had to creat it in the camera itself in a single frame of film. He recalls the setup, “Working on a tripod, I attached a super-telephoto 400mm lens to the camera to capture the moon. Then, I pressed a button on the camera that would not advance the film when I clicked the shutter. I then switched back to a wide-angle lens to capture Spaceship Earth on that same frame.”

Then in classic “old school” fashion, it was up to go back to the darkroom the next day to see if the image had developed as he had hoped. Thankfully for Roark and for us, the image was beautiful and is one we admire to this day!  Roark added that  it “proved to me just how fantastic Disney icons look under celestial bodies – a motif I’ve played with over the course of my nearly four decades as a Disney photographer.”

Readers are encouraged to keep following along with MickeyBlog for the latest Walt Disney World news and updates including more awesome photos!