If you and Dad are watching some movies on Disney+ this weekend, now is a great time to revisit Pixar’s incredible Cars films! In my family, one of our favorite things about watching Pixar’s incredible films are finding all of the incredible Easter Eggs hidden throughout the films.

Head over to DIsney+ and see how many of our awesome Easter Eggs you can find. 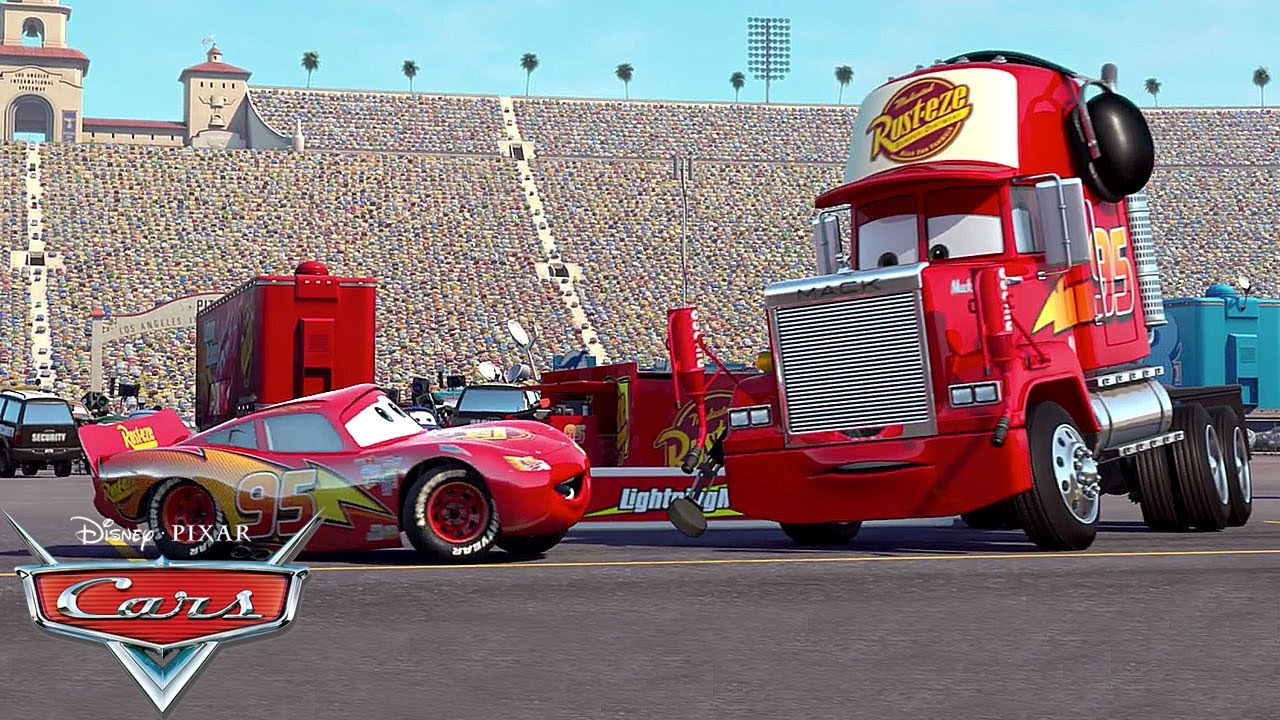 John Ratzenberger is the “unofficial” good luck charm of Pixar and has actually voiced a role in every Pixar film since Toy Story. In the Cars film, you can hear him voice the role of Lightning McQueen’s truck Mack.

Pixar fans will tell you that the Pizza Planet truck from Toy Story pops up in nearly every Pixar movie – including Brave!  In the Cars films, you’ll notice the truck in and amongst the crowds of McQueen’s supporters on race day! 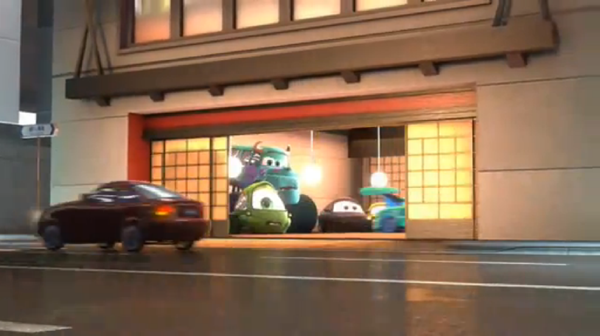 This one is my personal favorite! The creative minds at Pixar cunningly turned a couple of our favorite Pixar characters into cars in Tokyo Mater.  Look quick and you’ll see Mike and Sully in the scene when Mater crashes through the theater! 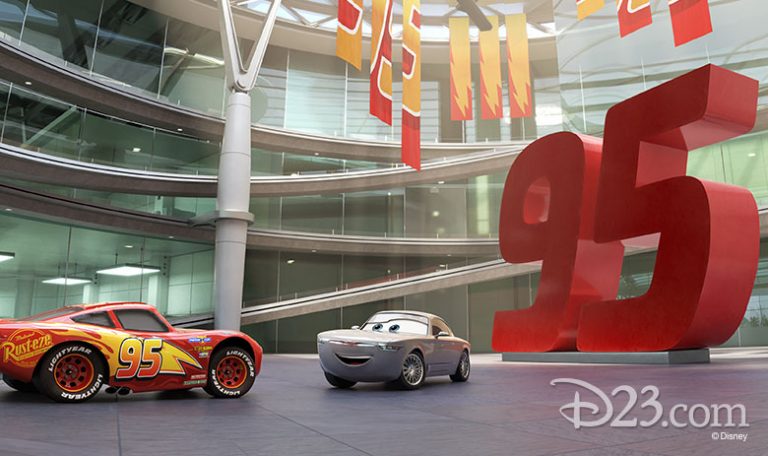 One of the biggest Easter Eggs is tied to Lightning McQueen’s race number – #95.  This is a number with significance as it is a special homage to the year 1995 when Pixar’s first full-length feature film Toy Story debuted.

If you look at the branding of the tires on Lightning McQueen you’ll see a tip-of-the-hat to one of our favorite Toy Story characters. That’s right, the tires are named after none other than Buzz Lightyear, our favorite space ranger. 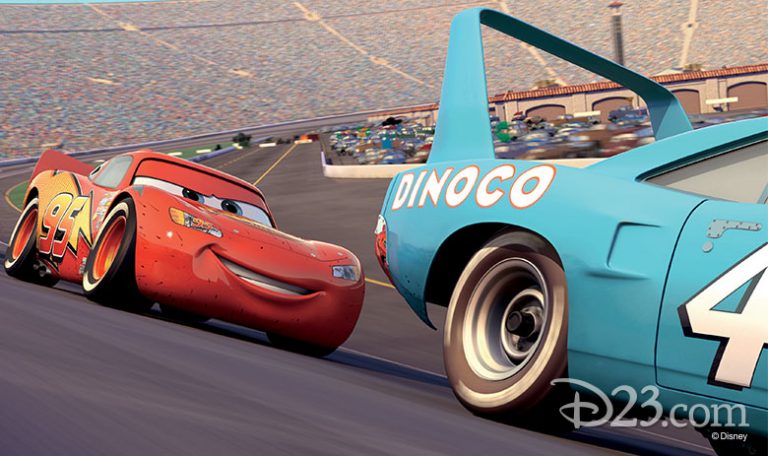 Dinoco Gas is the sponsor of legendary racer Strip “The King” Weathers and the sponsor Lightning dreams of having in the original Cars film. Does that name sound familiar? In Toy Story, the Dinoco gas station is where Buzz and Woody almost get stranded before they hitch a ride with the Pizza Planet truck. 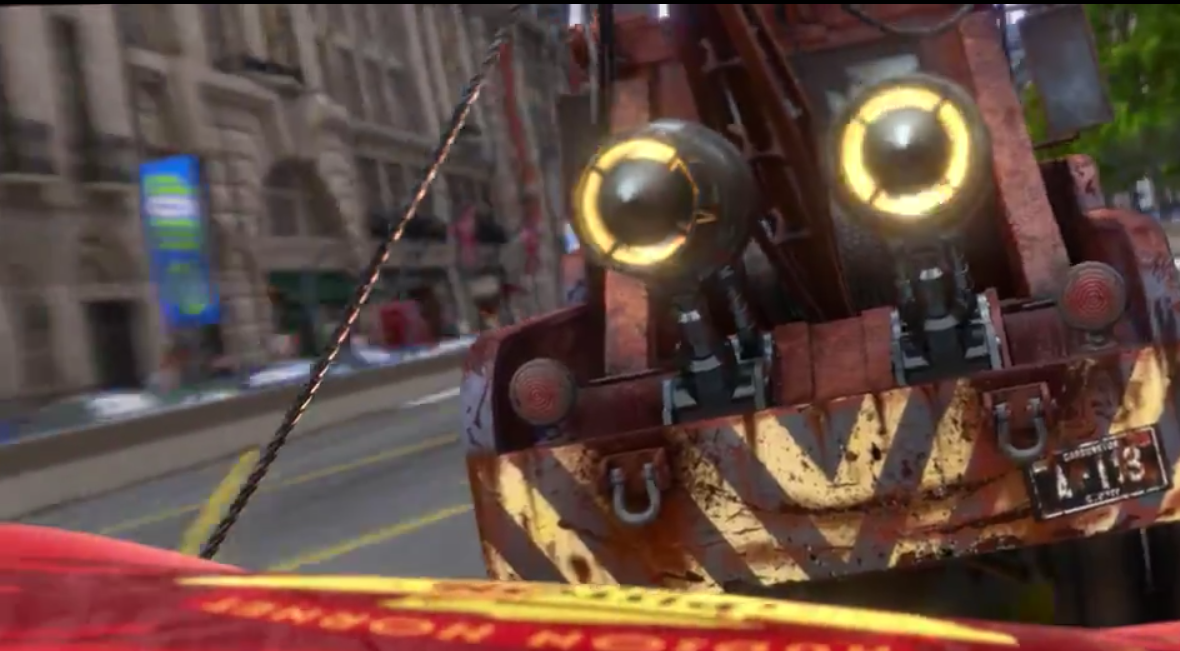 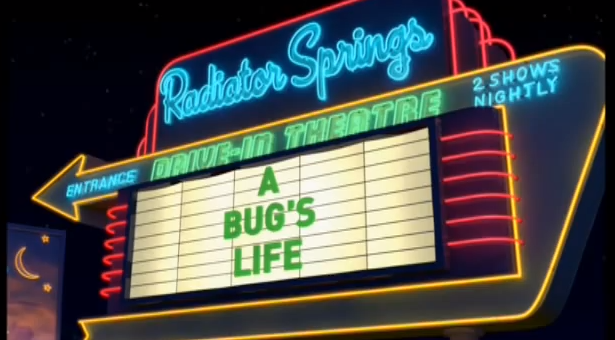 As you watch the cars films, check out the Radiator Springs Drive-In marquees from Incredimobiles to Toy Car Story. These cute little Easter Eggs always bring a smile to our face! 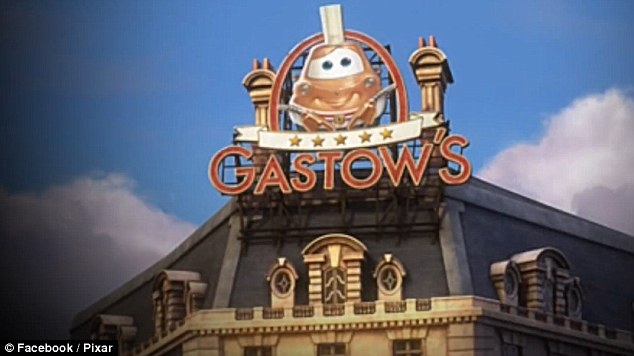 Cars 2 takes guests on an international adventure so it seems only fitting that we’d see a bit of a tribute to some of Pixar’s European-focused film. This includes a tapestry of Merida from Brave as well as a sign for Gastow’s (a play on Gusteau’s) on a restaurant in Paris.