Bear with me here. So, unlike Star Wars, which I saw with my dad back in ’77 or ’78, I have no clear idea of when I saw George Lucas’ other mid 70’s masterpiece, American Graffiti.

I suppose I must have caught it on cable (USA Network or Superstation WOR), couch surfing through on a rainy Saturday, and wondering why Richie Cunningham and the guy from Jaws were in a Happy Days movie. 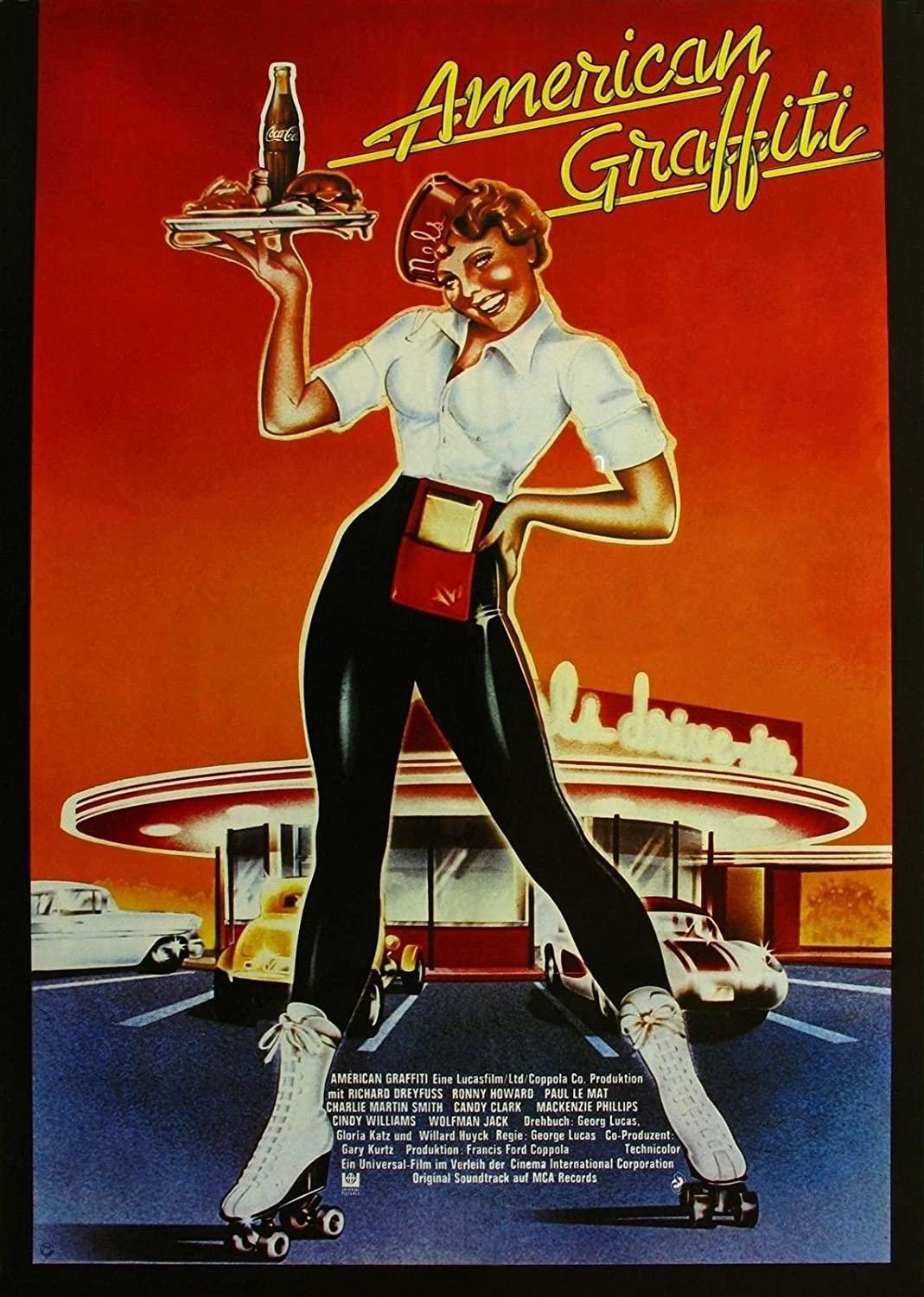 American Graffiti is not that, but it does feature some amazingly familiar faces and an incredible soundtrack. 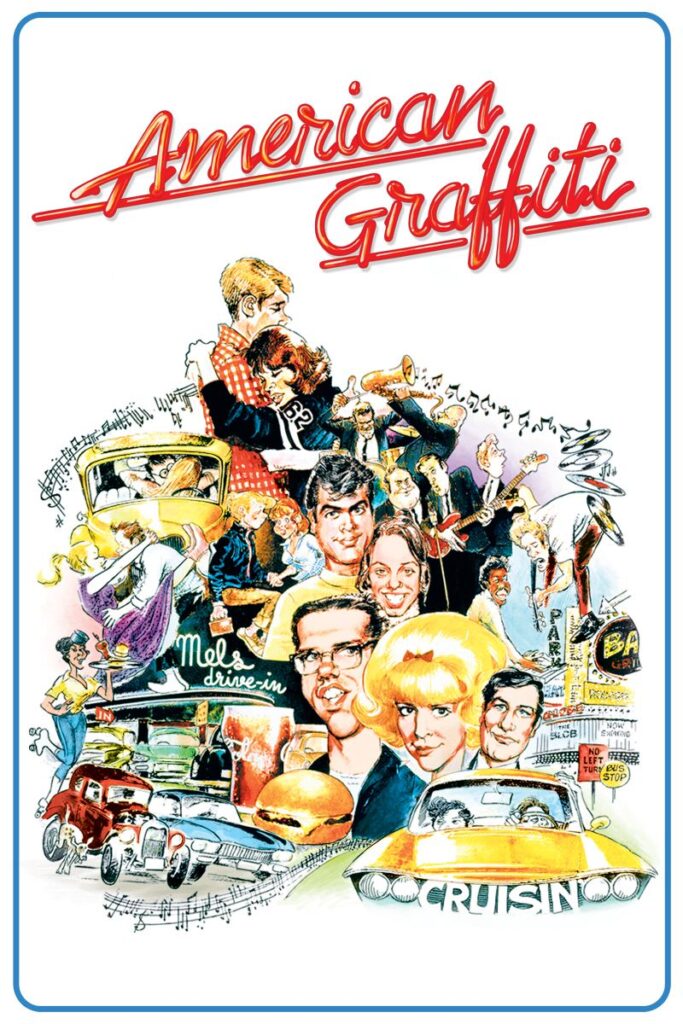 However, this classic teenage heartbreak movie is filmed like a slice of life. Not exactly steady cam, but you certainly walk away feeling like you “experienced” the movie – especially the pod rac… er, drag race.

You meet the kids, you follow them around, and you really, really care what happens to them.

And, of course, I’m burying the lede here. You enjoy burgers and fries with the gang at Mel’s Drive-In.

Long story short, Universal Studios has a Mel’s Drive-In and it is legit. 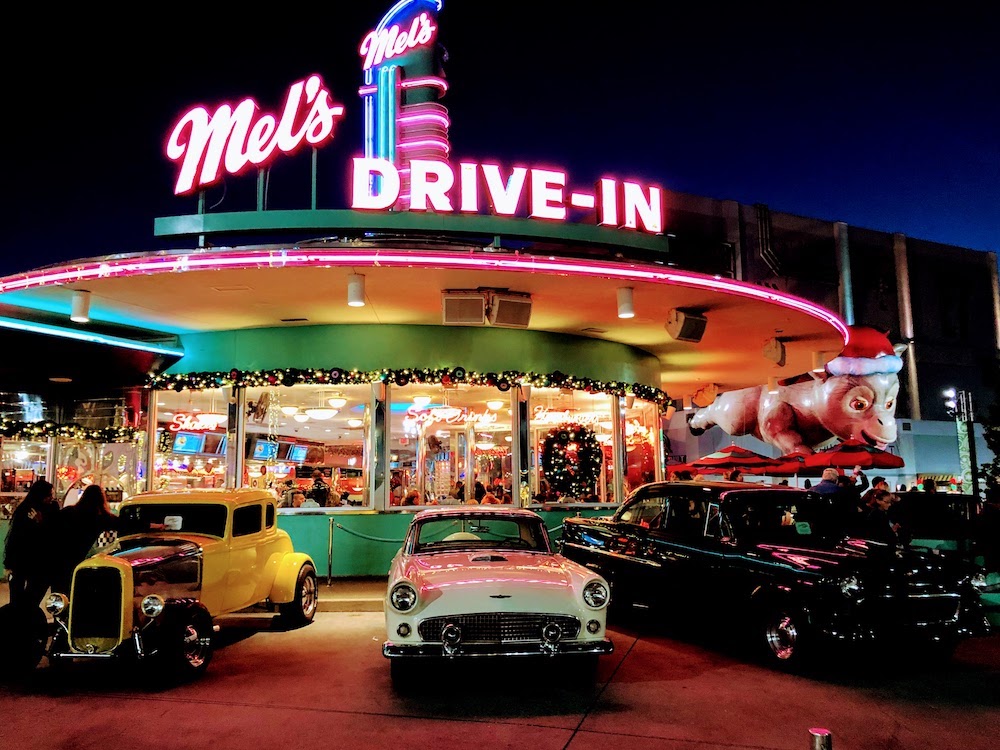 Now, I am the film buff in the family, so my brood was a little bit underwhelmed at the prospect until they saw the marquee. 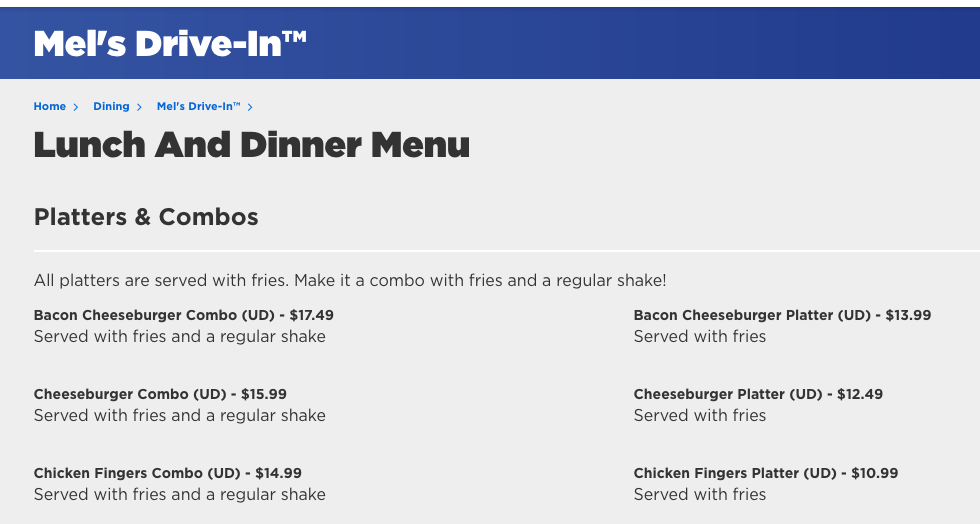 Check out the full menu.

And we slid into a booth and slurped down milkshakes and scarfed down fries and cheeseburgers. And, frankly, it was possibly the greatest meal I had in 2018. 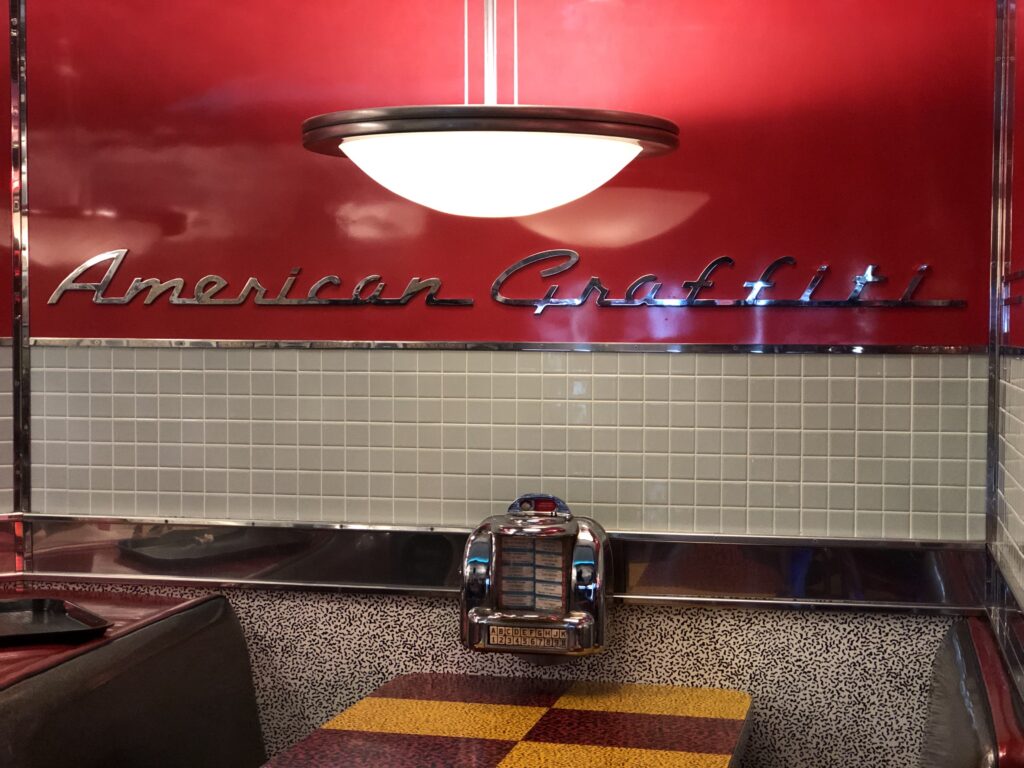 Prepare to rock around the clock at this American Graffiti-inspired 50s drive-in featuring golden oldies on the jukebox and a fleet of shiny vintage cars out front.

This retro restaurant serves up delicious diner fare that never goes out of style. Choose from burgers and fries, chicken sandwiches, chicken fingers, onion rings, root beer floats, and frosty milkshakes. Dine inside with classic vinyl booths and tabletop tunes, or enjoy your eats outside beneath the glow of neon lights. 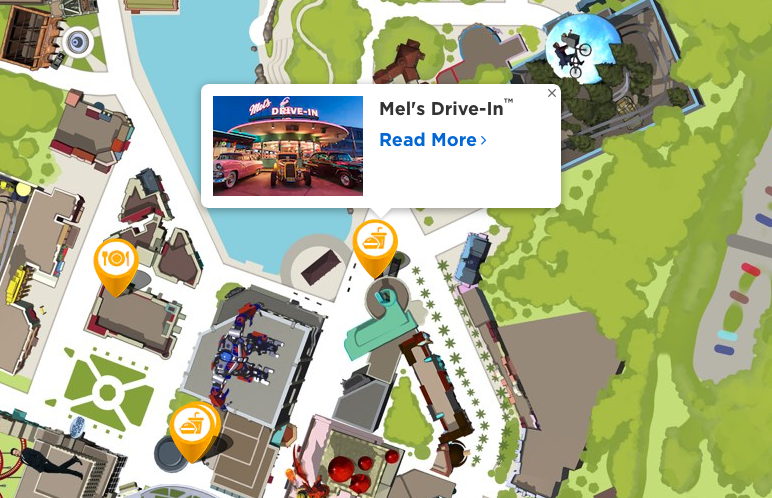 True enough, but you’re not looking for a five-star menu, right?

Anyway, what did Vinnie Vega say about Jack Rabbit Slims, “Like a wax museum with a pulse.” That’s how Mel’s Drive-In feels (tastes and smells). And it’s a Star Wars fan’s lone respite outside of Hollywood Studios.

Here’s hoping it’s open when Universal opens. Grab me a cherry Coke, will ya?