The ‘Celebrity Mural’ of Spaceship Earth 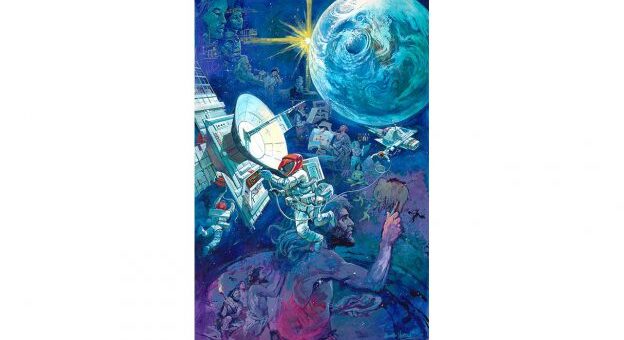 Only true fans know how special Disney is. It’s not just a thing we enjoy, it’s more like a culture we embrace. Movies, music, and characters are a given, but often we really love the rare characters that many people may have forgotten, such as Orange Bird or Val the Velociraptor. Park food has fans—from Mickey Beignets to Dole Whips to a cavalcade of Churro flavors.

There are special places, too—not just the parks, but specific locales within the parks, especially since the rise of Instagram: the “Purple Wall” in Tomorrowland at Magic Kingdom Park in Walt Disney World, or the “it’s a small world” backstage gate in Disneyland.

One of the most remarkable “fan stops” is at EPCOT, one that is certainly worthy of appreciation, and that has a wonderful backstory that many fans may not know about. 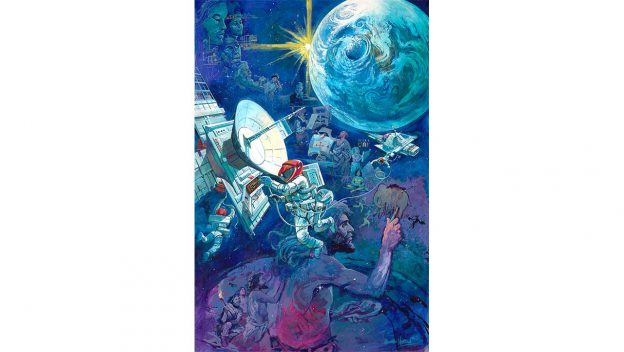 The EPCOT pre-opening of promotion proudly touted the achievements of this iconic structure: “By making use of the technology of tomorrow, the newest ideas materials and techniques industry has to offer, Spaceship Earth embodies the spirit of EPCOT Center, and serves as the centerpiece of Future World.”

But for all the justified ballyhoo about its remarkable innovation, one of the most resonant and popular elements of Spaceship Earth—and the “fan stop” I mentioned—is also one of the most ancient art forms: a painted mural. Depicting the resonance of mankind’s communications across history, this evocative work was created by Italian artist Claudio Mazzoli.

An artistic polymath, Mazzoli was born in Mantua, Italy in 1942. Moving to Milan at the age of 18, he devoted himself to advanced art courses, as well as studying the mechanics of motion picture technology. Over 15 years of activity in Milan, Mazzoli’s work touched nearly every area of communication: illustration, TV commercials, comics, painting, sculpture, costumes, and production and set design. Work for publications about American West made him interested in the art of that region, and many of his paintings reflect that theme.

Mazzoli recalls being brought to California based on the suggestion of animator, Imagineer, and Disney Legend Marc Davis; Mazzoli stayed at Disney for more than eight years, working with greats such as author and “optimal futurist” Ray Bradbury, production designer John De Cuir, Jr., and Disney Legend Herb Ryman. 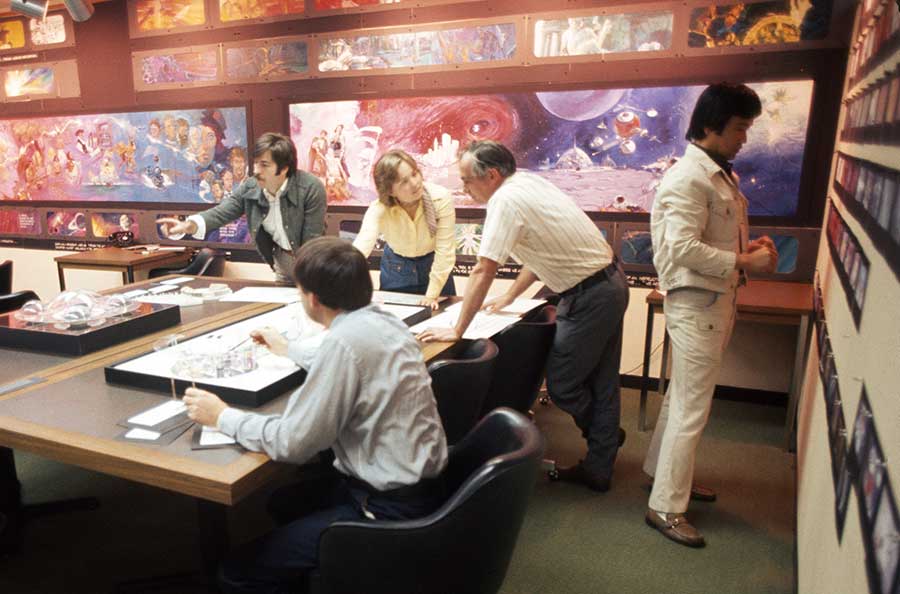 Former Imagineer Peggie Fariss says, “I remember Claudio up on a scaffold at Tujunga [the Walt Disney Imagineering facility in North Hollywood] painting it, and we teased him about following in the tradition of Italian Renaissance masters.”

Peggie was at that time Manager of EPCOT Development. “Sounds like I was in charge of the development of all of EPCOT, but in fact, I was working in Pat Scanlon’s EPCOT Development Department—a very small group.From 1976 to 1982, I was responsible for planning the EPCOT Future Technology Conferences that enabled us to introduce the project to prospective subject matter experts and to sponsors. We also formed Advisory Groups for Energy, Agriculture, the Seas, Space, and Health; they would come to [Imagineering] periodically to review our stories, and validate or correct our direction. It was one way we were able to balance sponsor input to stories.

“Around 1977 or 1978, Marty [Sklar] asked me to do the historical research for Spaceship Earth. We engaged with a variety of folks for this, including the founding dean of the Annenberg School of Communications at USC. One of his graduate students and I filled a room with 3×5 index cards to trace developments in communications technologies (spoken word, stories, pictures on cave walls, hieroglyphics, the alphabet, theatre, Roman roads, illustrated manuscripts, printing press, etc.) as well as what was going on in art, politics, technology, and so on. We spoke with experts to clarify all kinds of historical details. I created an 18-page bibliography—and answered Guest questions about Spaceship Earth for the next 20 years. A fascinating education!” 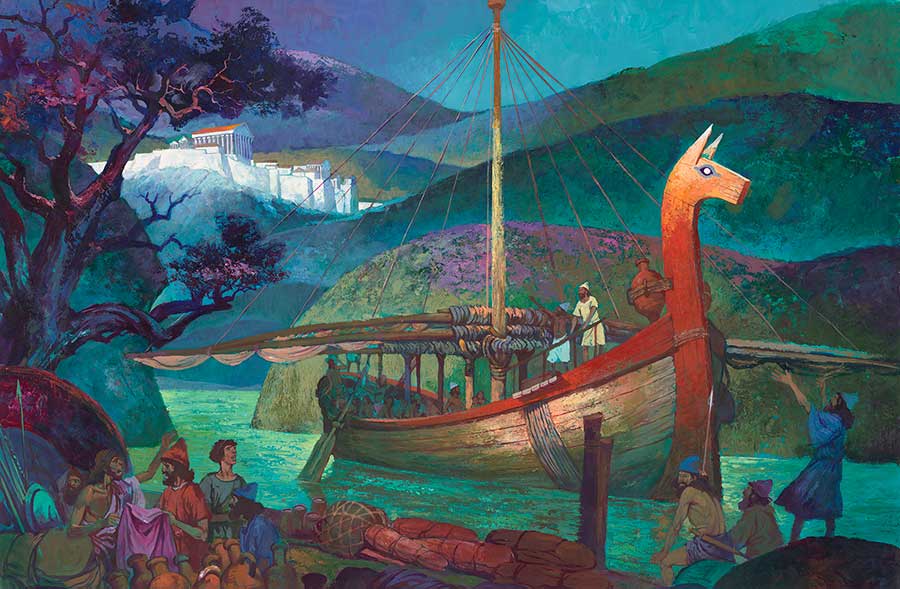 In creating an artwork to summarize and symbolize such an ambitious attraction and theme, Mazzoli said, “To begin, I have to ask, ‘where did man come from?’ Where are we going? What are we looking for? And I think the answer is power. The power of the universe. The good of the universe. It is the life, the electricity this is where we come from and I think, where we want to go. In this painting I tried to make people understand how man communicates, the meaning of communication, how important and powerful communication is.”

Mazzoli’s mural remains one of the most beloved and most important art installations at Walt Disney World.

Peggie expresses the innate strength of the mural, and perhaps a primary element of its ongoing fan appeal, even nearly four decades later: “Claudio perfectly expressed the Spaceship Earth story in that one piece. It’s so evocative of this sense of the connections and echoes of great minds and innovation through time and space—as though, while they happened in the past, they continue to be present, influencing us and the future.”