Rumours have been swirling for a while that the Hollywood Studios’ Star Wars-themed stage show: “Galaxy, Far, Far Away” would be cancelled due to the recent opening of Star Wars: Galaxy’s Edge.

It would appear, at least for the moment, that this has come to fruition. Various blogs have noted that as of March 15th, performance times for this stage show held in front of the Chinese Theater and featuring many Star Wars character, are no longer showing up on the schedule. 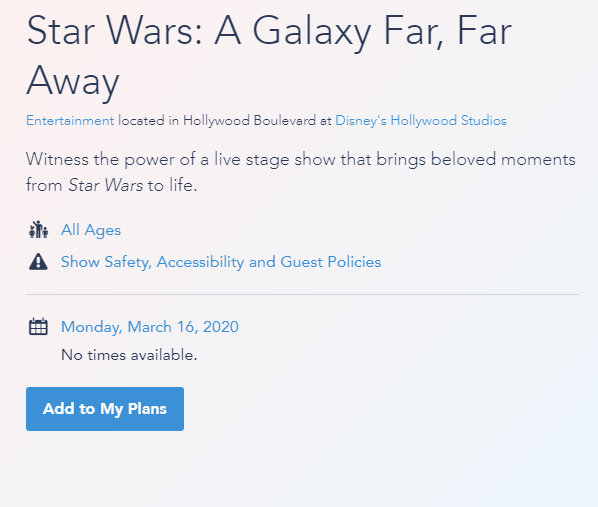 No official word has been given from Disney as of yet. However, the departure would make sense given that character encounters and theatrical moments happen at Galaxy’s Edge throughout the day and also to make way for Mickey and Minnies Runaway Railway which will be officially opening to guests the beginning of next month. 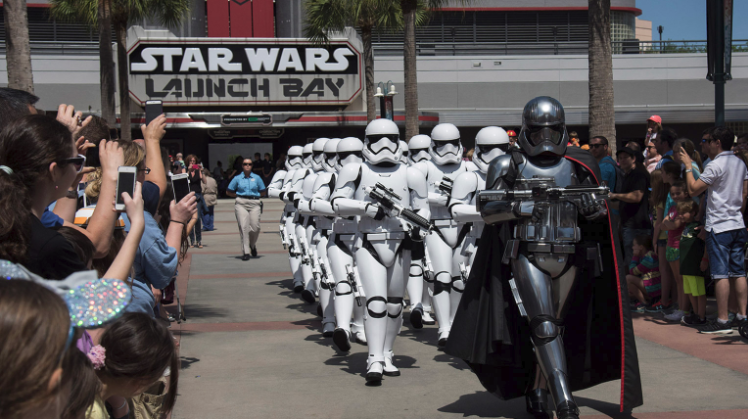 The Star Wars-themed show was a favorite among fans with performances occurring several times throughout the day. It featured Rey, Kylo Ren, Chewbacca, BB-8 and Darth Maul who came together to re-create classic moments from your favorite films!

This is a story we’ll be following closely here at MickeyBlog so keep following along with us for the latest news and updates! Also, did you hear that Disney will start to taking reservations by the end of 2020 bor the Star Wars-themed hotel slated to open at Walt Disney World in 2021? Get a jump start on your plans by checking out our article here.