I was wondering what they were gonna do after Star Wars: The Rise of Skywalker. And “The Star Wars Show” bounced back with a vengeance.

And, following a short hiatus, it came back with a cousin: “This Week! in Star Wars.” 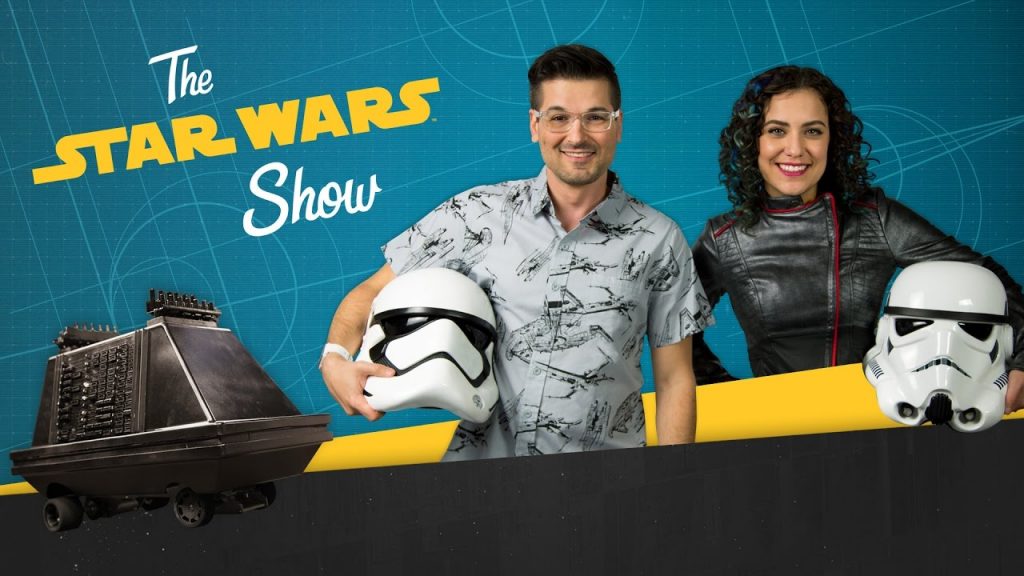 This week on The Star Wars Show…StarWars.com’s weekly news and variety show announced a few changes to the Season 5 line-up.

This year, The Star Wars Show as you know it is moving to a longer format, adding in more segments, behind-the-scenes access, celebrity interviews, in-depth roundtable discussions, and maybe even a few more animals reenacting key Star Wars scenes in 12 brand-new revamped monthly installments. It’s the kind of out-of-this-galaxy content you’ve come to love from the Emmy Award-winning series.

And starting tomorrow and every Thursday, check back for the first weekly installment of a brand-new all-news show, This Week! in Star Wars. Each week, StarWars.com’s associate editor Kristin Baver will give you the quick and snappy rundown of the week’s Star Wars news and tidbits, along with some special shout outs and historical factoids.

Check out the latest episode of The Star Wars Show:

Here’s the best of the Q & A from StarWars.com:

StarWars.com: When and where did you first see Star Wars?

Gaten Matarazzo: I was in my living room, I was four years old, and I didn’t care. And then the first time I feel like I watched the whole movie and I was invested, I was seven years old, I was with my uncle Dave, and he like, really set the scene. I got to stay up late, it was so exciting. It was such an event. I watched from beginning to end. Life-changing.