Could a Female-Led Indiana Jones-Themed TV Spinoff Be In The Works?

We Got This Covered has just reported on some exciting news that fans of Indy are sure to love! First its no secret by now that a 5th instalment of the Indiana Jones franchise is currently in the works. Harrison Ford will be back to reprise the role and hopefully restore a bit of faith in the series after The Kingdom of the Crystal Skull really divided fans.

However, that apparently is not the only Indiana Jones-themed project in the works. Sources are reporting that Disney is planning a female-led Indiana Jones TV spinoff. The protagonist of the film will apparently be Indy’s daughter who will be introduced in the fifth and final film. 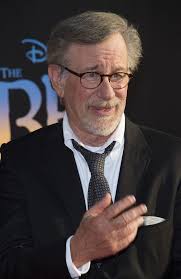 According to reports Steven Spielberg is expected to be on board to produce the project with the plot centering around the daughter picking up where Indy left off! The spinoff could be the team’s cunning way to move the franchise forward without having to worry about filling Ford’s shoes. It also skirts around the issue of Shia LaBeouf who played Mutt in Crystal Skull assuming the role.  It also fits with Disney’s ongoing commitment to increase the number of female leads across the franchises and would be a nice fit for the Disney+ streaming network which has already seen success with its Star Wars spinoff The Mandalorian.

This is a rumor that we’ll be watching closely so keep following along with MickeyBlog for the latest Indiana Jones news and updates!