Standing proudly at the center of the magnificent Disneyland theme park is Sleeping Beauty Castle. Since opening day on July 17, 1955, the castle has stood as a symbol of dreams for Disneyland guests. During the holidays each year it also takes on a special seasonal charm with twinkling lights and special effects.

Before the Winter Season is behind us, let’s pause to appreciate the incredible details of this towering holiday treasure!

Did you know that over 126,000 LED lights create a sparkling icicle effect around the tower? There’s also shimmering-snow capped turrets and special sparkling strobe lights. Intertwined with holiday garlands and icicles, the decorations combine to create the magic of enchanted snow  atop the castle. 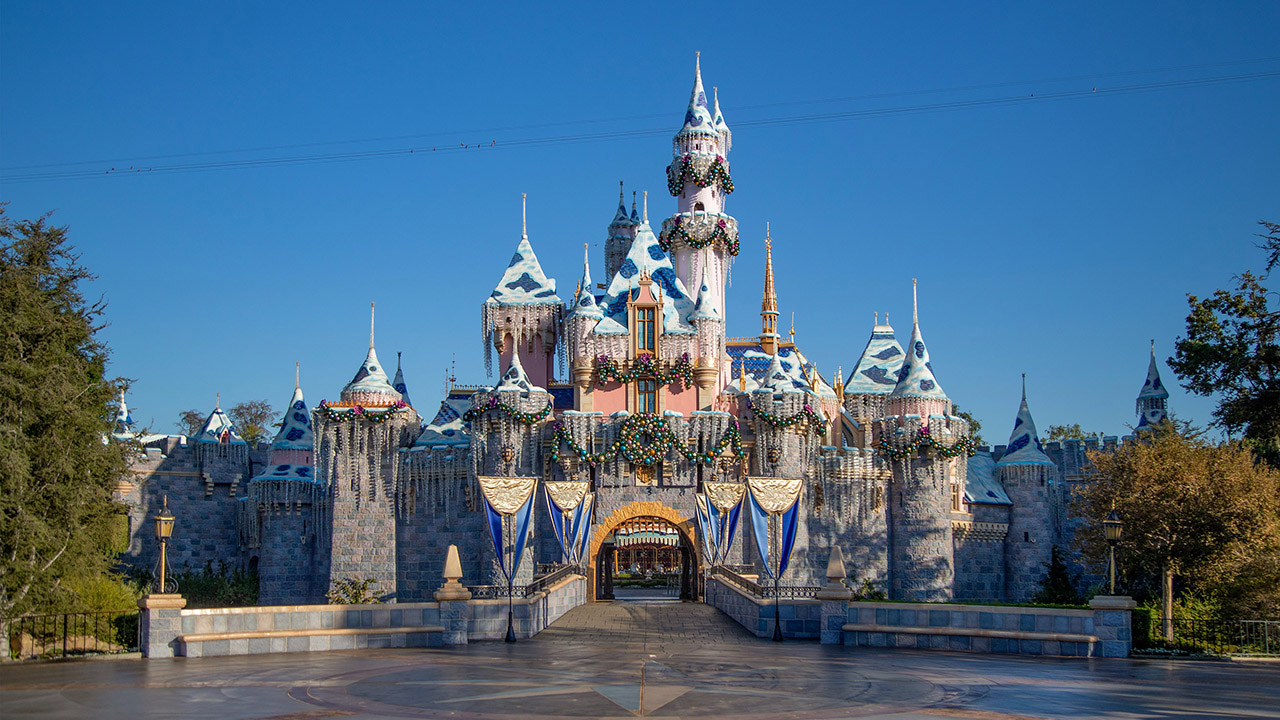 So how long does it take for Sleeping Beauty Castle’s wintry transformation? It takes a talented team of over two dozen cast members six weeks to transform Sleeping Beauty’s Winter Castle. This year new paint of even added to the castle to enhance the new color styling added in early 2019. 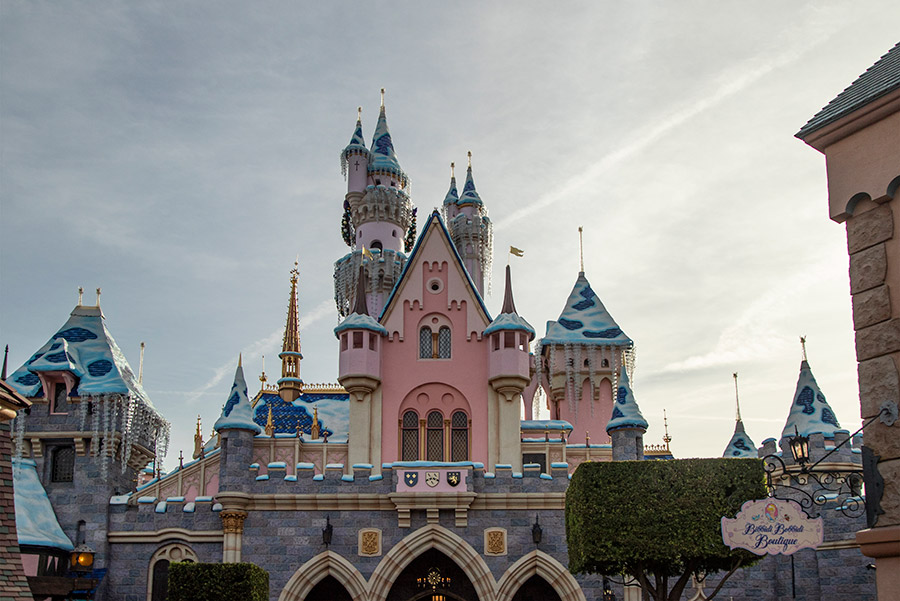 So where did the inspiration for Sleeping Beauty Castle come from? It was actually inspired by several different famous European Castles including the famed Neuschwanstein Castle in Bavaria, with elements from famous French chateaus, such as the Château d’Ussé, Château de Pierrefonds, Château de Chaumont and the Château de Chenonceau, among others.

The castle is only about 5 stories tall but the Imagineers cunningly used a technique called “forced perspective” to make the building appear taller. This is done by placing larger stones at ground level and reducing the size of each element as you reach the top.  The stone walls of the castle also extend into the surrounding land, providing a protected realm for Disney’s classic childhood stories in Fantasyland. 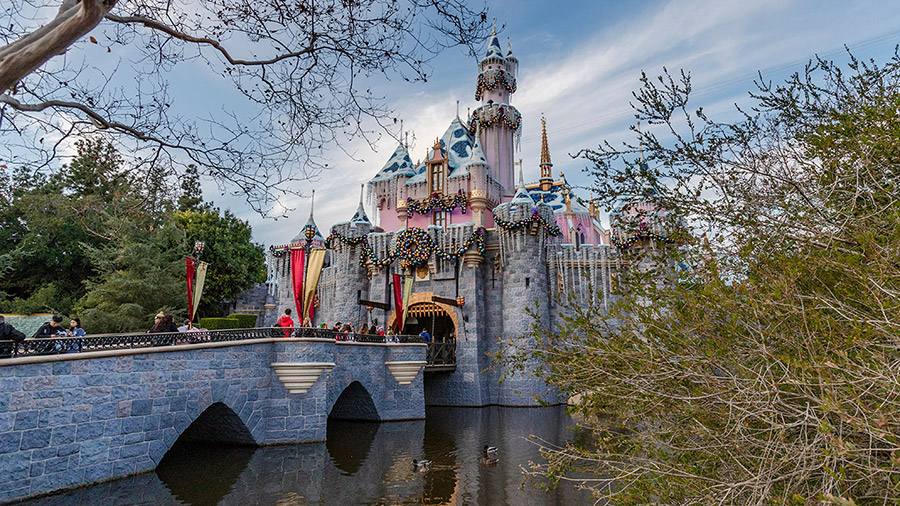 Unlike it’s East Coast counterpart, the castle at Disneyland theme park also connects Main Street U.S.A to Fantasyland via a fully functional drawbridge. However, the bridge has only been raised and lowered twice. The first time was on opening day back in 1955 and again on May 25, 1983 as part of the grand opening of “new” Fantasyland. 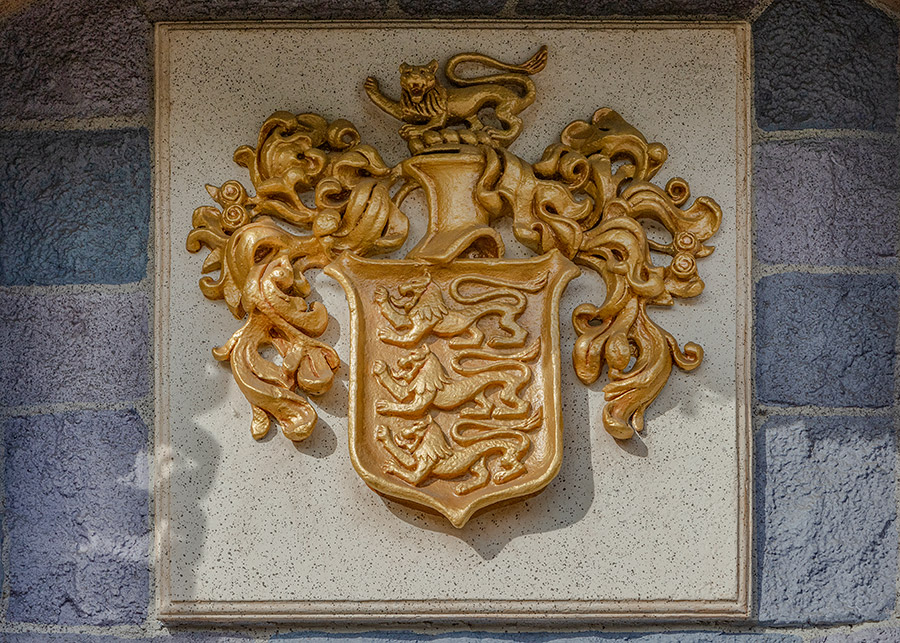 Also, during you visit be on the lookout for awesome little details like the Disney family crest which can be found above the entrance to the castle. The gold crest, which originated in France, features lions and flowers. 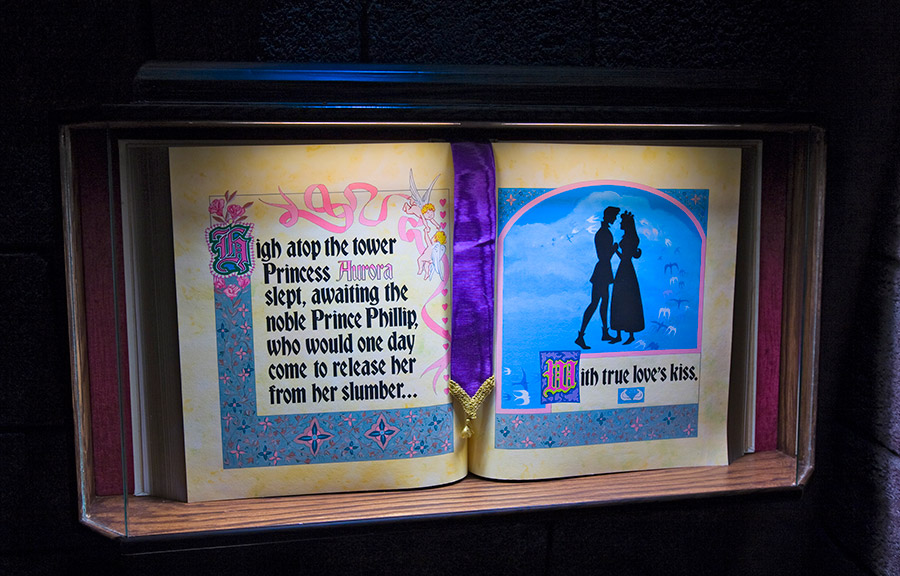 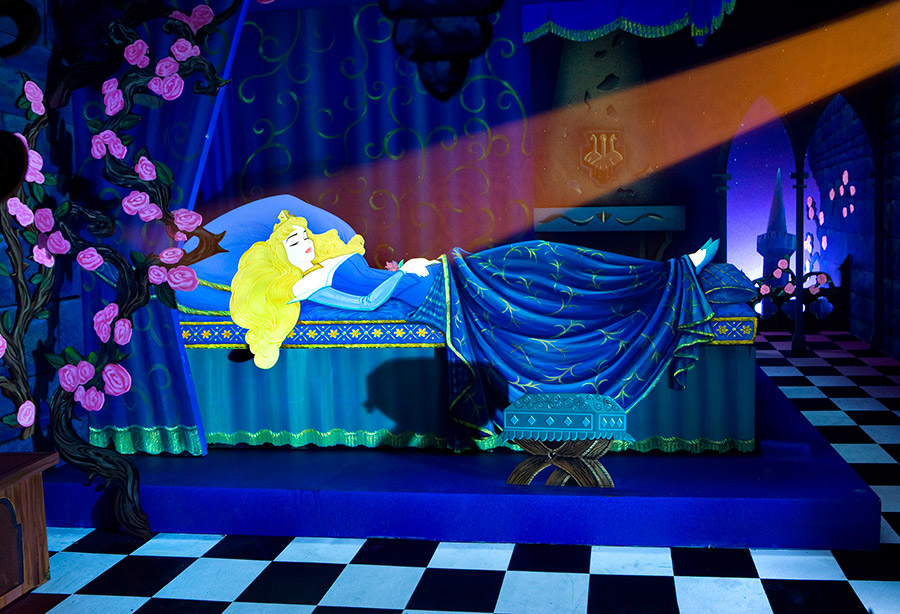 As you walk through the castle, you will find many fun surprises. In the “Corridor of Goons” inside the walk-through attraction. Start by trying to pull the wooden door that is slightly ajar and adorned with chains and padlocks. The door will magically slam itself shut and you will hear all of the locks locking themselves. In the nursery scene, you will also see a royal blue background decorated with gold hand-painted fleur-de-lis. This design is inspired by some of the ornate gothic ceilings in France such as the one at Sainte-Chappelle in Paris which dates back to the 13th century. Keep an eye out for more hidden magic and intricate decor as you make your way through the majestic castle. 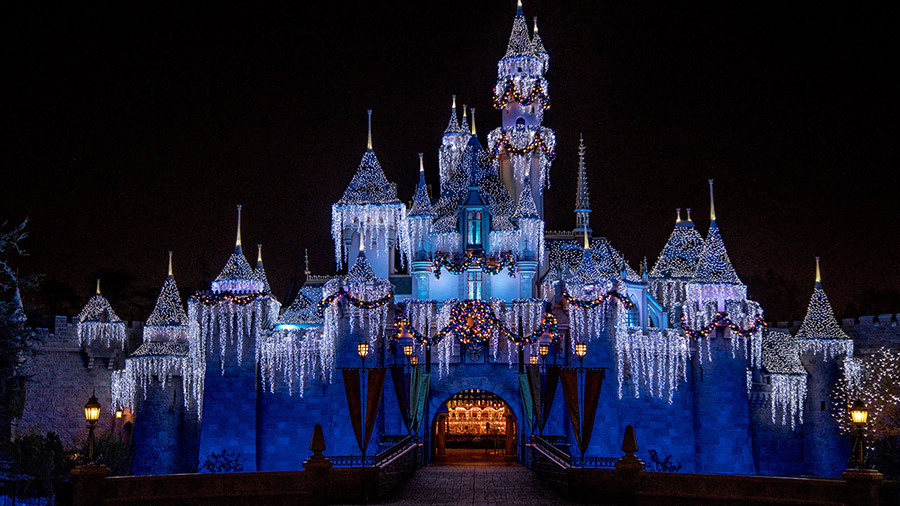 Light up your holidays with the magical enchantment of Sleeping Beauty’s Winter Castle at the Disneyland Resort.