Diane Disney Miller passed away in 2013, but her legacy of charity — and that of her father Walt Disney and her husband Ron Miller — continues to enrich the world. 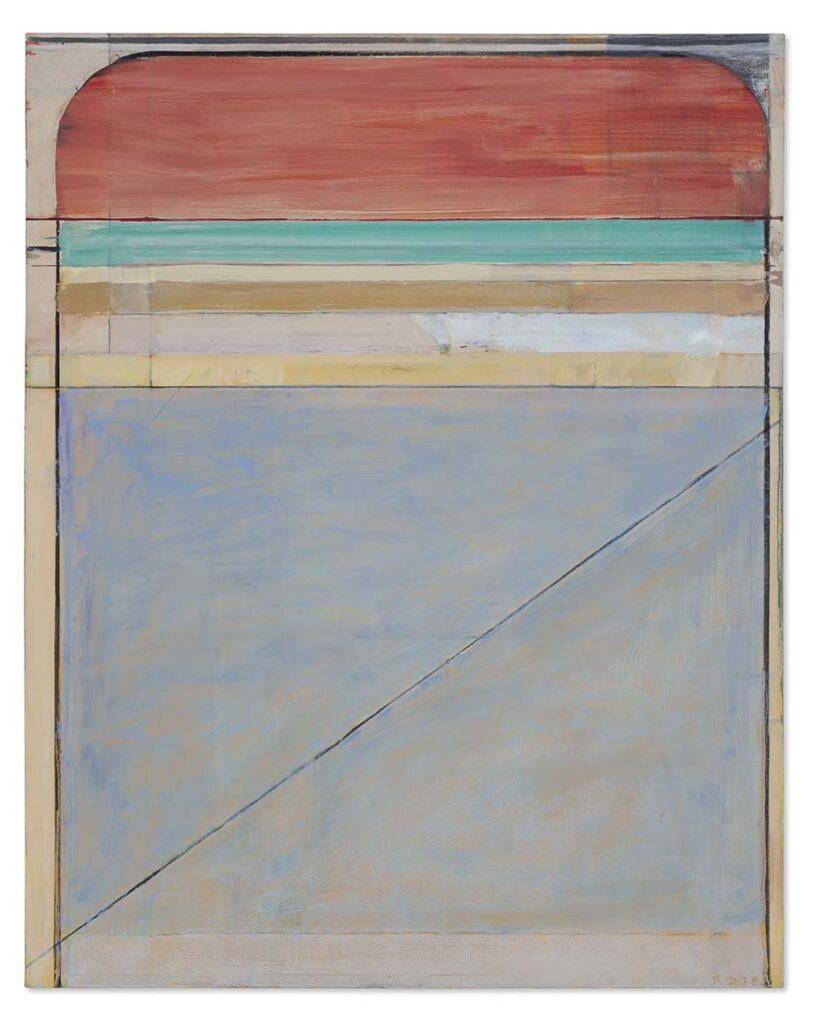 The auction of the Ron and Diane Disney Miller Collection (expected to bring in over $14 million) is set to begin Wednesday evening and continue Thursday morning at Christie’s in New York in support of causes such as the Jane Goodall Institute, the HALO Trust, the Youth Orchestra of Los Angeles and the Los Angeles Philharmonic, which is housed in Walt Disney Hall. The collection includes 40 lots of paintings, drawings, works on paper and sculpture. Disney Miller, the animator’s eldest daughter, seems to have inherited her father’s commitment to philanthropy and the arts, and the collection stems from this dedication to keeping his spirit alive. Highlights of the collection include pieces by artists who were influenced by Disney or who worked with Disney animators in one way or another.

“One of the things that has always struck me about this collection is the incredible optimism of it,” Barrett White, executive deputy chairman of post-war and contemporary art at Christie’s, told The Hollywood Reporter. “It’s sort of a celebration of the American landscape — whether that’s the 19th century paintings by Albert Bierstadt, which were these wonderful reflections of manifest destiny, or Richard Diebenkorn, capturing the beauty of California light and landscape in his Ocean Park paintings, or just the overall joy that an artist like Wayne Thiebaud brings to the table, in his wonderful depiction of Mickey Mouse. Ultimately, Walt Disney and the Walt Disney Company have brought this sense of optimism to America and to the world, and that feels very much like it follows through in the sentiment of the collection…

“The piece with the most obvious connection to Disney is from Thiebaud, who apprenticed as an illustrator — drawing characters such as Goofy, Jiminy Cricket and Pinocchio — and who later became known for his bright paintings of everyday objects, from paint cans to pastries to lipsticks.” 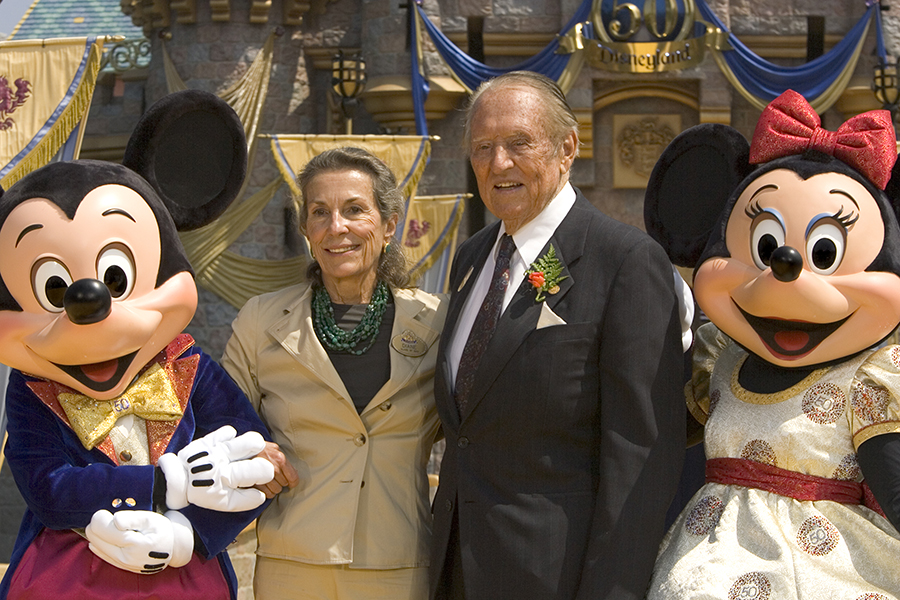 Of course, the mouse that “started it all” is represented, as well: 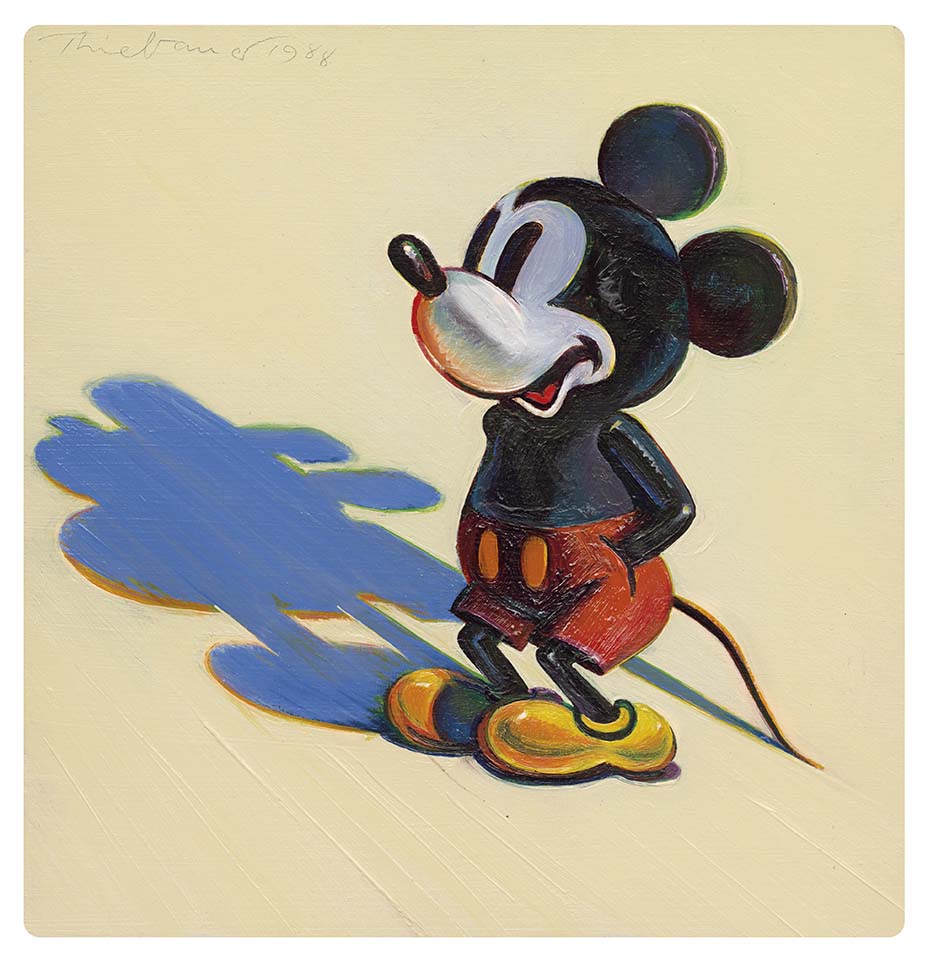 “The Thiebaud ‘Mickey Mouse’ has a deep resonance with the family for obvious reasons… It’s such a perfect, special gem of a painting that conveys a sort of optimism of America. It’s a picture that makes you happy. One of the great contributions of the Disney family legacy is that they bring joy to us. They have brought joy to generations and generations of people. The Thiebaud sums up the overall family ethos and what they have given to us.” Barrett White, Christie’s New York

THR also reported the auction will benefit causes like the Jane Goodall Institute, the HALO Trust, the Youth Orchestra of Los Angeles, and the Los Angeles Philharmonic, housed in Walt Disney Hall.