The Frozen 2 Logo: Is It A Snowflake?

It all started with a poster. 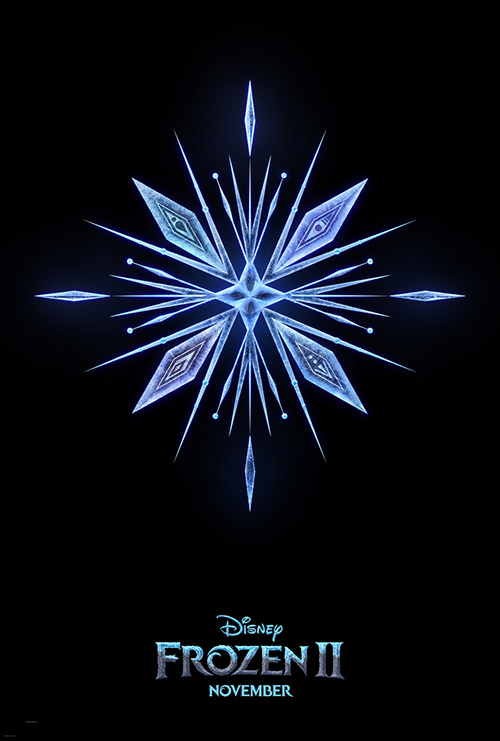 Dear @Disney, You got it right the first time. Water crystals have hexagonal “six-fold” symmetry.

You still have a few months to fix your #Frozen2 Movie Poster, unless the sequel takes place in another universe, where water crystalizes to different laws of physics. pic.twitter.com/eb2oILhim0

And A Bunch Of Reaction…

Cool, do the talking snowman next https://t.co/dmJkgjidTV

Shhhh nobody tell him about Olaf https://t.co/qUTPByVqKx

The opening scene to @Disney’s #Frozen portrays Ice Harvesters hauling blocks of ice, afloat with about 10% of their volume above water. Just like icebergs.

So somebody at Disney does, in fact, care about physics — not to mention all the shit they got right in #TheLionKing. pic.twitter.com/NXb2ixZSHG

Respectfully, he is right, which means…it can't be a snowflake. 😉 https://t.co/gaq3Pr1OeS

Frozen 2 Trailer Easter Eggs You Missed! What are the secrets of the water horse spirit, the rock giants, and the mysterious Norse rune symbols that appear in this Frozen sequel? Erik Voss breaks down this Frozen trailer shot by shot for the details you might have overlooked. Where did Elsa get her magical powers, and could they be connected to her mother Iduna? Where are Anna and Olaf headed? What is the deeper meaning of the autumn imagery and the four symbols in the snowflakes of Frozen II?

“We get another shot of these floating ice diamonds around her kingdom,” said New Rockstars Erik Voss. “Comparing them to the poster that was leaked a couple of months ago.

“We see that these are not snowflakes — snowflakes always have six points — but shapes oriented around the number four; with four unique symbols.”

Voss points to another trailer clip, where the original “Frozen” group passes through the fog and four columns. 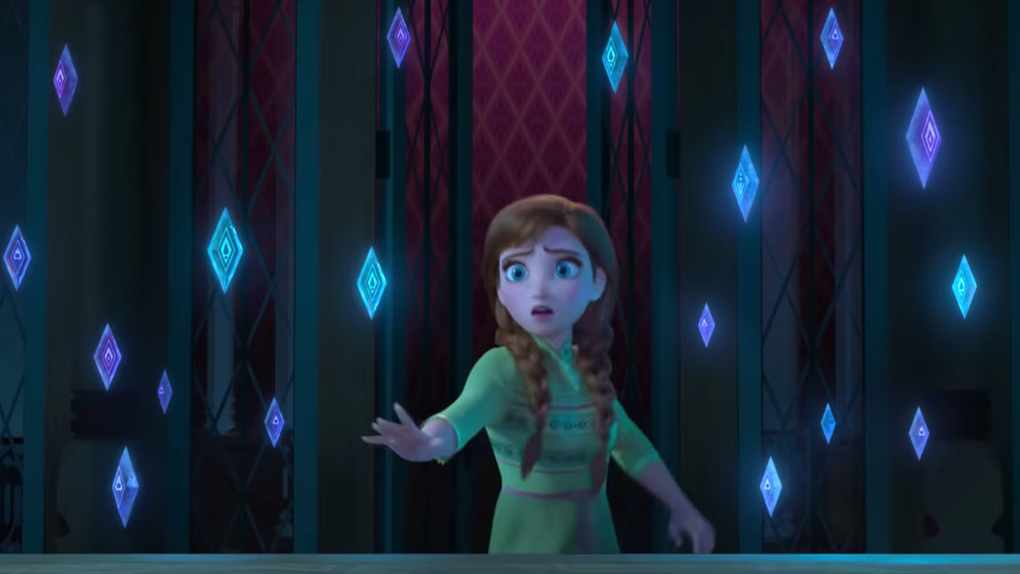 Voss’ theories on these symbols make the video worth a watch. And it’s terrific that Jennifer Lee is cluing us in on some of the secrets of Frozen 2!

And what do you think? Let us know in the comments below…