Disney World is celebrating Hispanic and Latin American cultures this month with some pretty awesome activities that happening at the parks through October 15th. 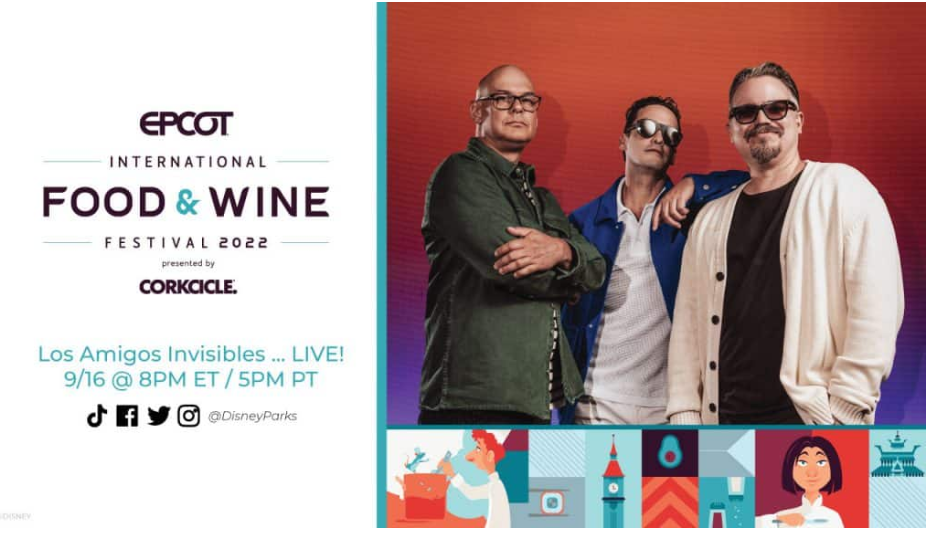 The celebration kicks off with a performance from popular Venezuela band Los Amigos Invisibles for the American Gardens Theatre stage as part of the EPCOT International Food & Wine Festival. Performances will take place tonight and tomorrow (September 16 and 17.) The band will bring its blend of disco, funk, jazz and Latin rhythm.

Can’t make it the parks? The you can watch a live stream of the concert LIVE tonight at 8pm on Disney Parks Blog.  Just click the link here. 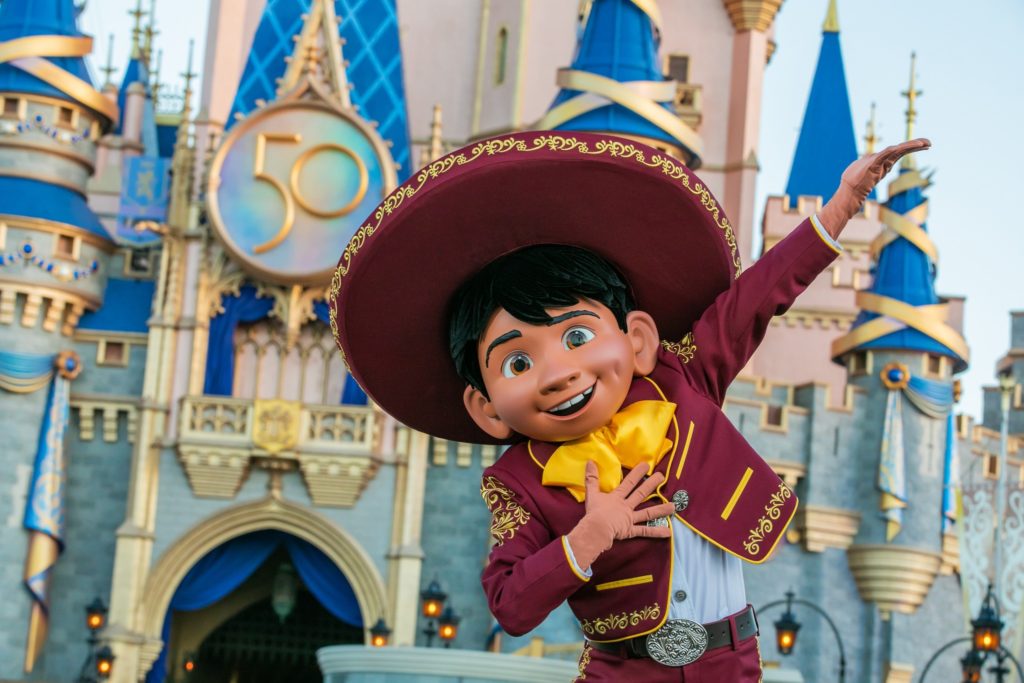 If you’ll be at Magic Kingdom, you won’t want to miss the Disney Adventure Friends Cavalcade.  This mini parade features Mirabel from Disney’s Encanto as well as Miguel from Coco and more! 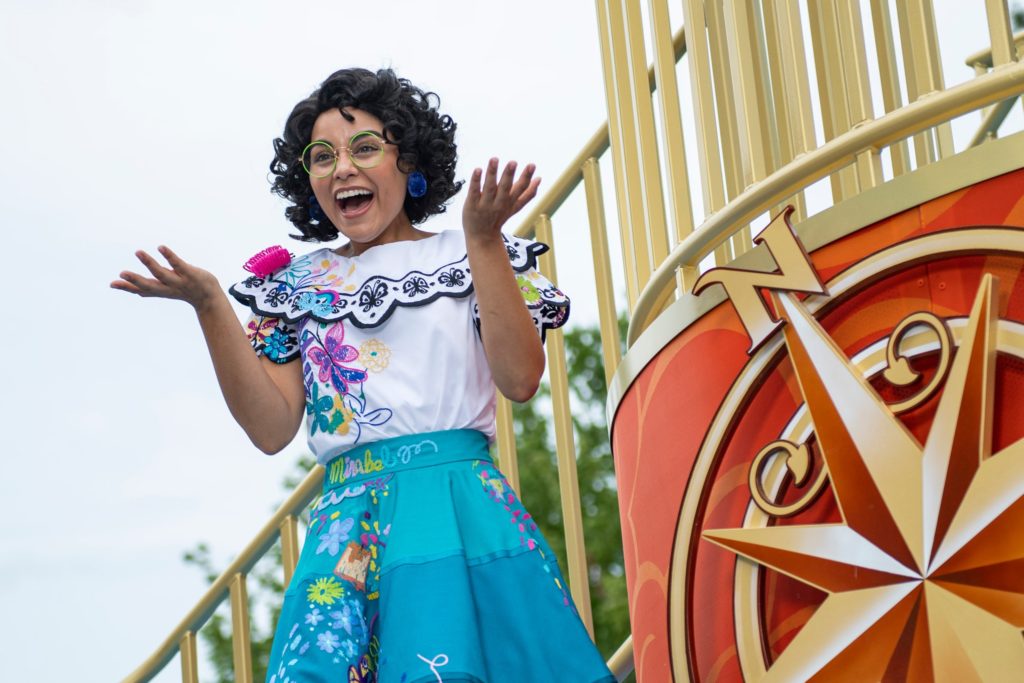 The procession winds its way through the park multiple times each day!

While at Magic Kingdom. be sure to check out Mickey’s PhilharMagic which features a performance of the song “Un Poco Loco” from Coco along with an animated scene based on the movie. 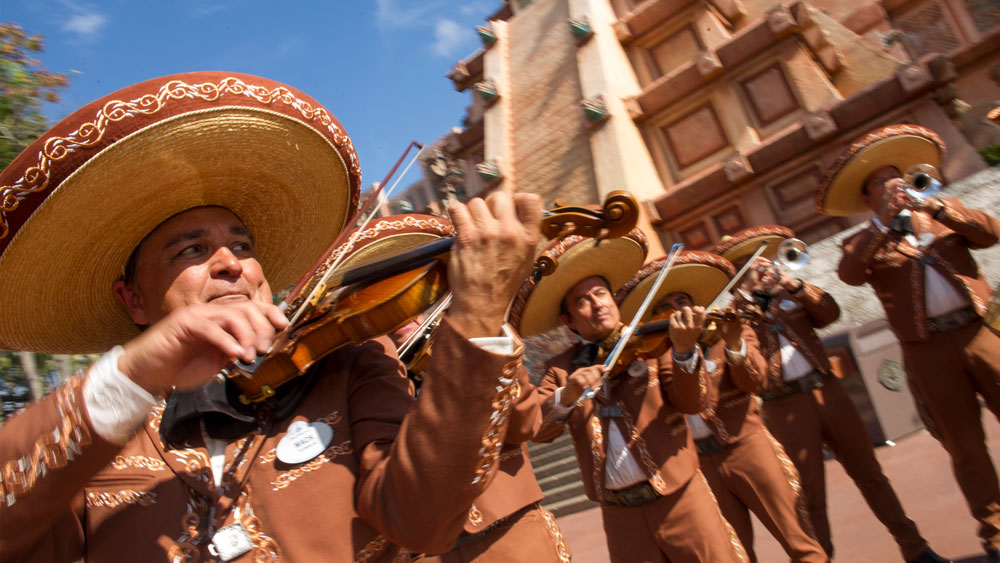 Next, its back to EPCOT where you can hear the warm melodies of Mariachi Cobre.  They are world famous for their incredible blend of Jalisco, Mexico. 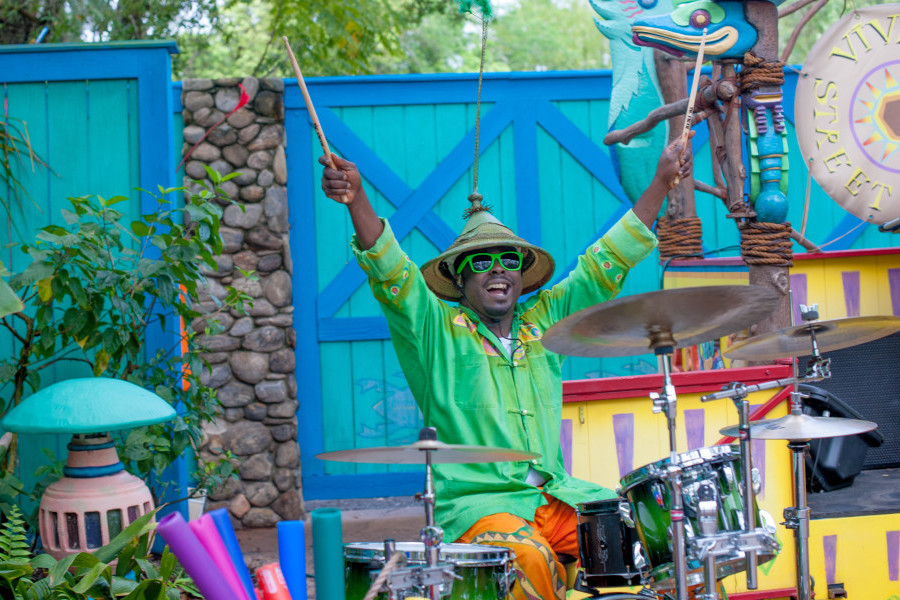 For those visiting Disney’s Animal Kingdom theme park, be on the lookout for a performance from the Viva Gaia Street Band. There Caribbean-Latin rhythms can be heard at Discovery Island at various times throughout the day and is sure to get you moving. 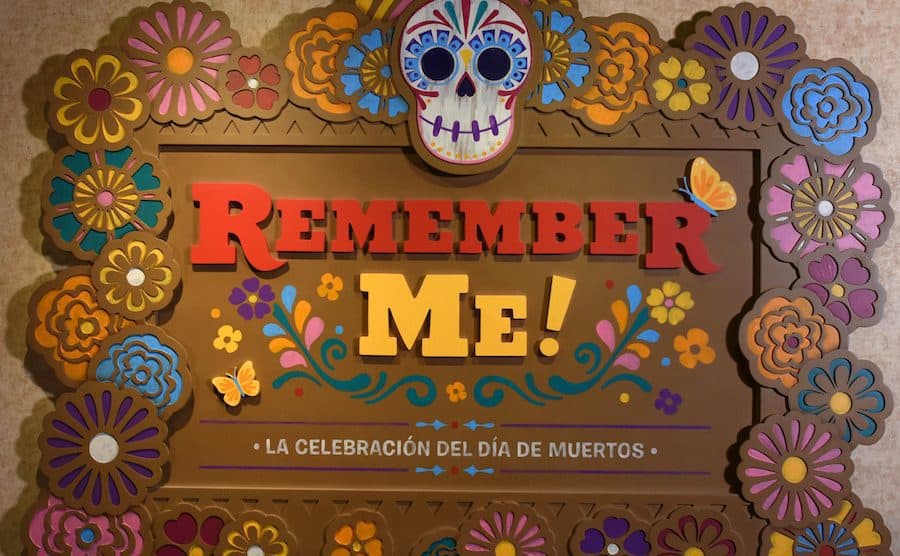 Fans of Hispanic and Latin-American art will find a magical gallery inside the pyramid where you can honor  El Día de los Muertos with a beautiful art exhibit created by prominent Mexican artists. 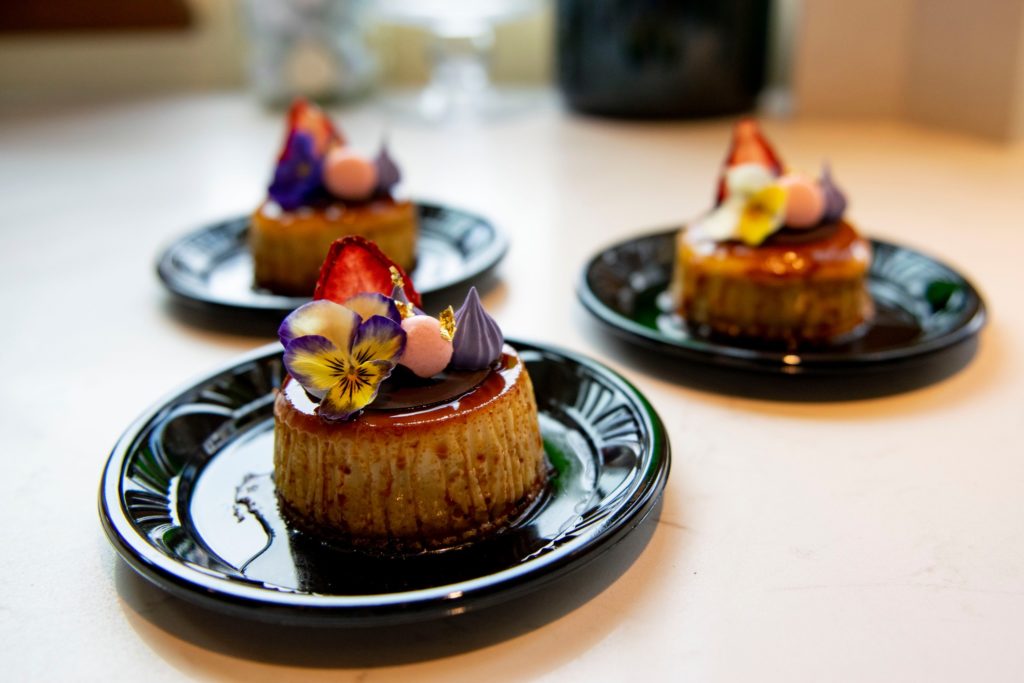 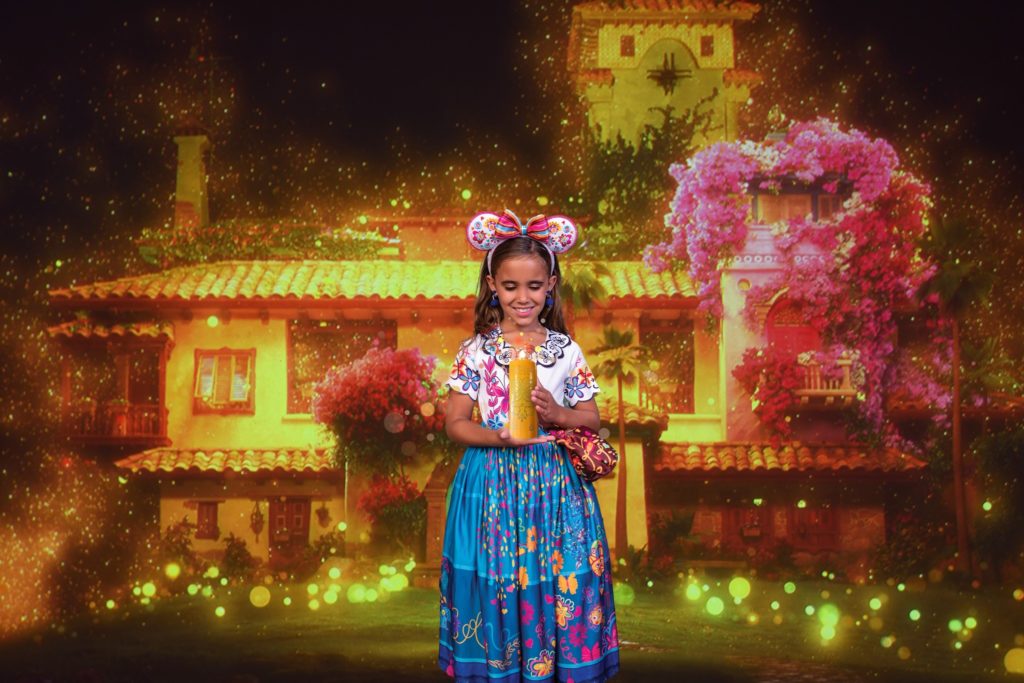 Disney’s PhotoPass Magic Shots allow you to virtually pose with your favorite characters, scenes and animals from Disney’s Encanto and Pixar’s Coco. 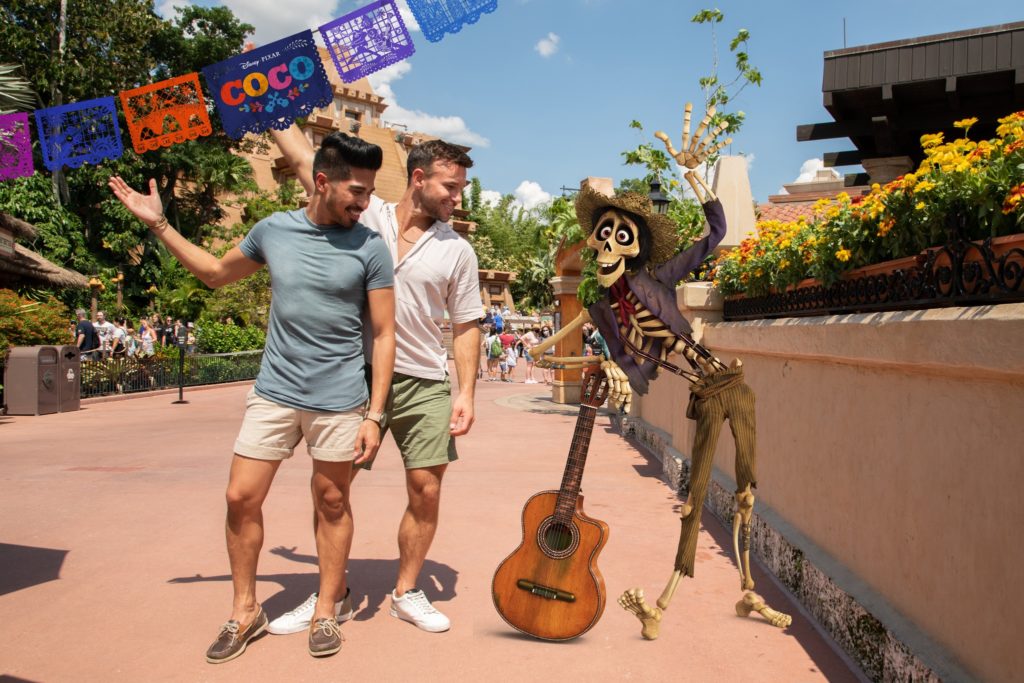 Also available is the Together We are Magia border to your favorite theme park photos. 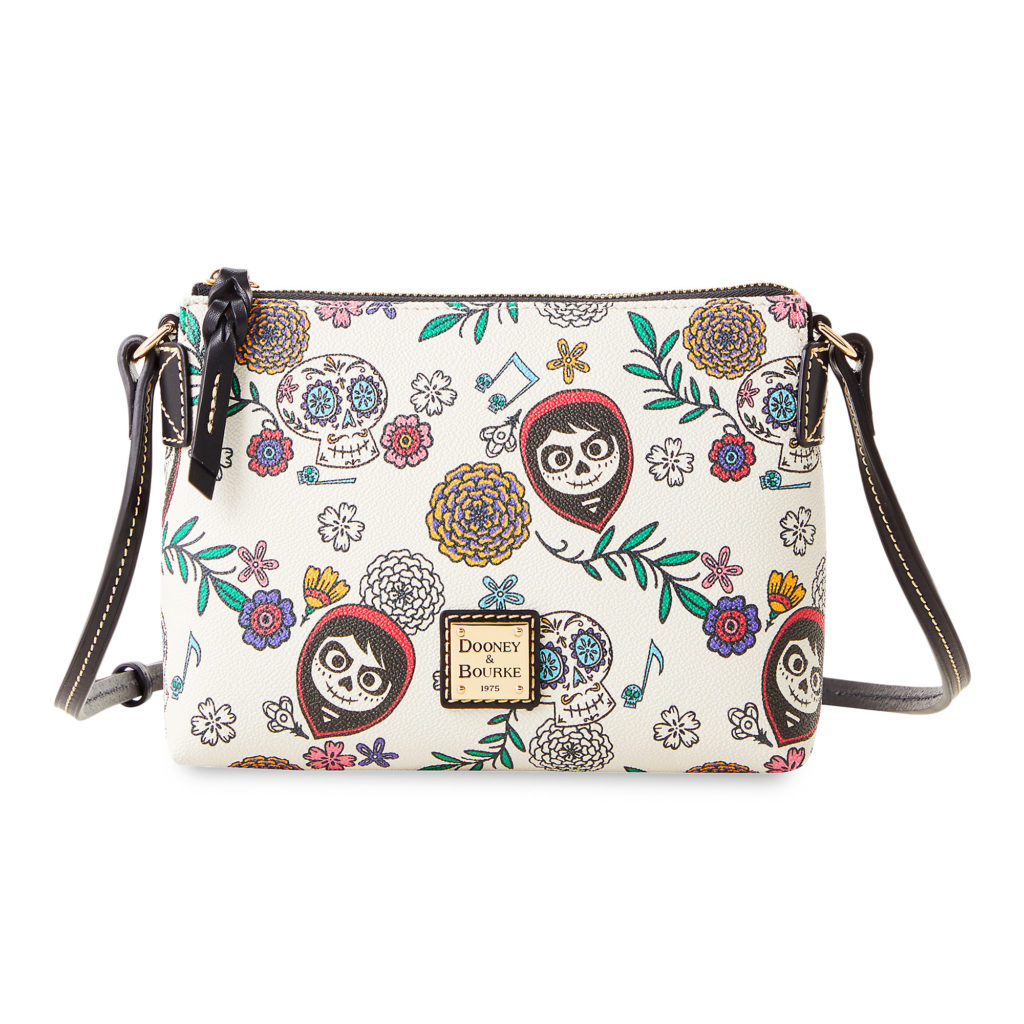 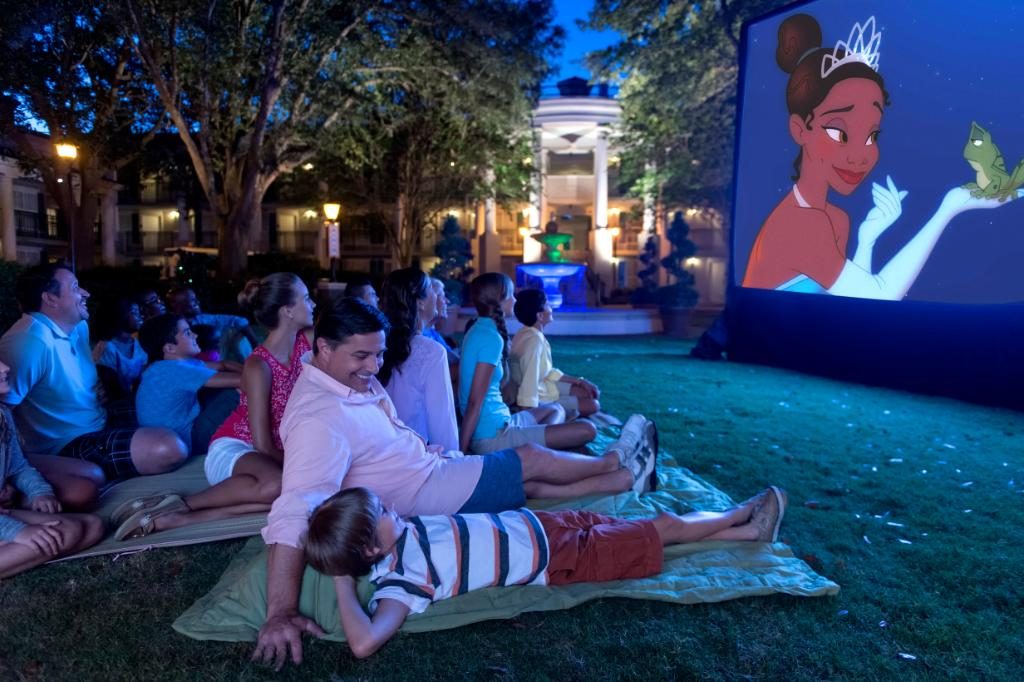 Disney Resort Hotel guests can complete their days with familia nights showcasing movies that highlight Hispanic culture in Movies Under the Stars.  Movies featured this month include The Book of Life, Encanto, Coco, Elena and the Secret of Avalor, Saludos Amigos and Ferdinand.

Also pop by your resort lobby of a schedule of activities and festive photo backdrops!

Be sure to head over to the Marketplace Stage to check out performances from Latin/Pop musical group – La Calle.  Brazilian singer-songwriter Drey-C will also be taking to the stage with a set that features newly incorporated music from Encanto and Coco.

While at Disney Springs, you’ll also want to pay a visit to Exposition Park where you’ll find Cilantro Urban Eatery Food Truck.  Pabellón criollo, arepas, tostadas, and tostones are a few of the delicious items waiting for you! 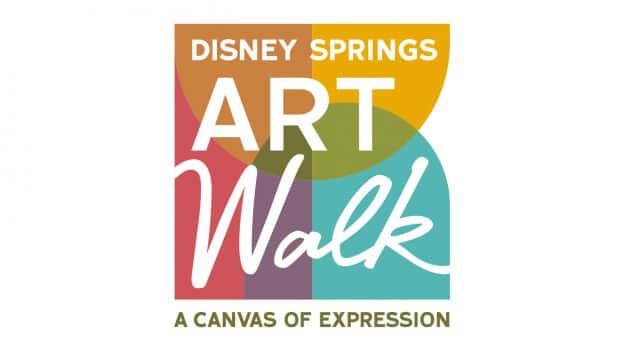