Just in time to celebrate 60 years of Spider-Man, D23 has released an exclusive Spider-Man pin set!

Spider-Man made is debut in Marvel Comics’ Amazing Fantasy No. 15 in 1962. He has become one of the world’s greatest superheroes. Over the last six decades, Spider-Man has accumulated close to 600 complete comics and has been featured in countless others; the character has also made a significant impact in the “Multiverse of Marvel” and has had several unique iterations in both Marvel Comics and the Marvel Cinematic Universe. This pin set celebrates several of those variants, in addition to the original Spider-Man. 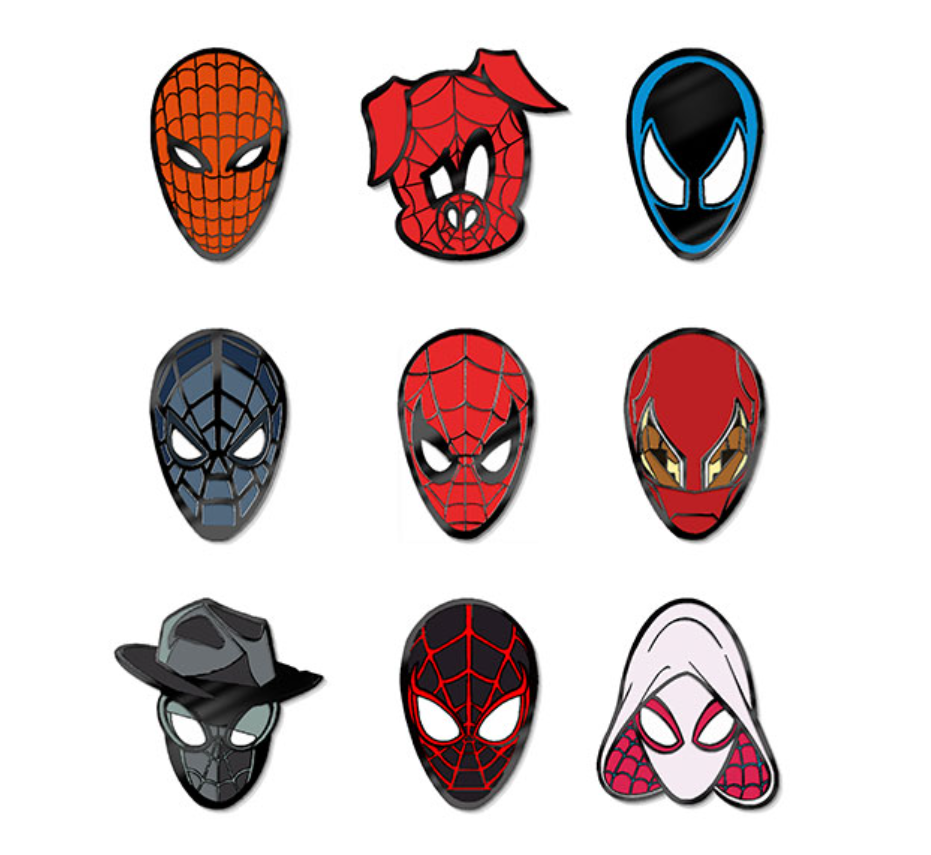 Swing into action and celebrate 60 amazing years of everyone’s favorite web-slinger, Spider-Man! This D23 Gold Member exclusive set of nine pins celebrates several iconic Spider-Man looks from his six-decade history—from Peter Parker’s debut in Marvel Comics in 1962, to Ghost Spider’s memorable run. Showing off some of Marvel’s most quintessential Spider variants, this pin set is sure to spin a web of interest and delight for any fan.

Our Spider-Man 60th Anniversary pins, offered in a limited edition of 1,200, are available to D23 Gold Members on shopDisney beginning Monday, August 8.