Okay, we’re a couple of weeks into the new Disney Genie+ system, and we can start drawing some conclusions.

I understand that this is a sensitive topic, but it’s an essential one, too.

Everyone wants to stretch their vacation budget as much as possible while having the best time. So, we have to broach the subject.

Today, I’m going to talk about your wallets, something I rarely do. So, where should you buy Disney Genie+ and Lightning Lane? 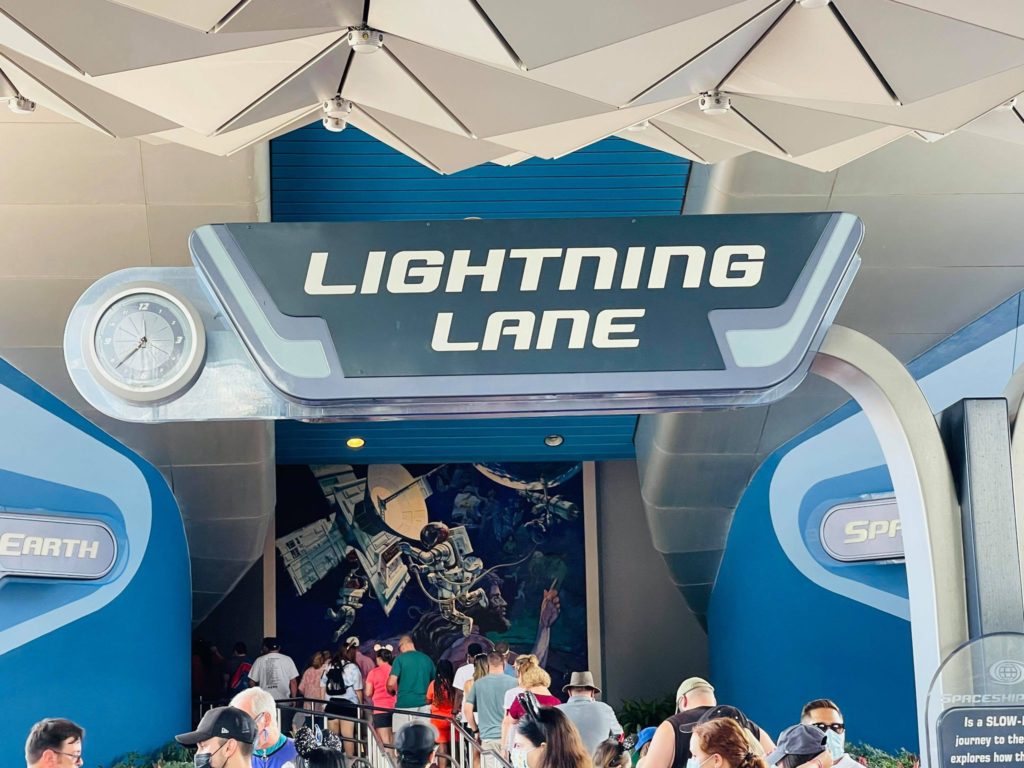 PS: I’m throwing in a TL:DR at the end as a cheat sheet this time.

Here’s the crux of this conversation. Disney Genie+ costs $15 per person plus tax.

Lightning Lane access to specific rides costs $7-$15 plus. So, you must decide whether you’re willing to pay for any of this.

I strongly recommend that you read the average attraction wait times before you decide.

At some parks, you’ll save yourself plenty of time and aggravation by paying for the attractions. At others, you’re literally wasting your money.

To enter the shorter line queue, you must pay a set fee. The two options are Expedition Everest and Avatar Flight of Passage.

A quick glance at average wait times will tell you that Expedition Everest only required an 11-minute last week.

If your choices are buying Lightning Lane for Expedition Everest and donating $7 to charity, please do the latter.

Nobody is ever too busy to wait 11 minutes in line for a roller coaster.

Conversely, Avatar Flight of Passage comes with an average wait of 45-60 minutes, depending on park crowds at the time.

You should strongly consider buying Lightning Lane for it, although other strategies work as well.

Guests staying at official Disney resorts may use Early Theme Park Entry to get in the park 30 minutes before regular guests.

You can probably be on and off Avatar Flight of Passage during that time, and I’m allowing for the walk to Pandora – The World of Avatar when I say that. 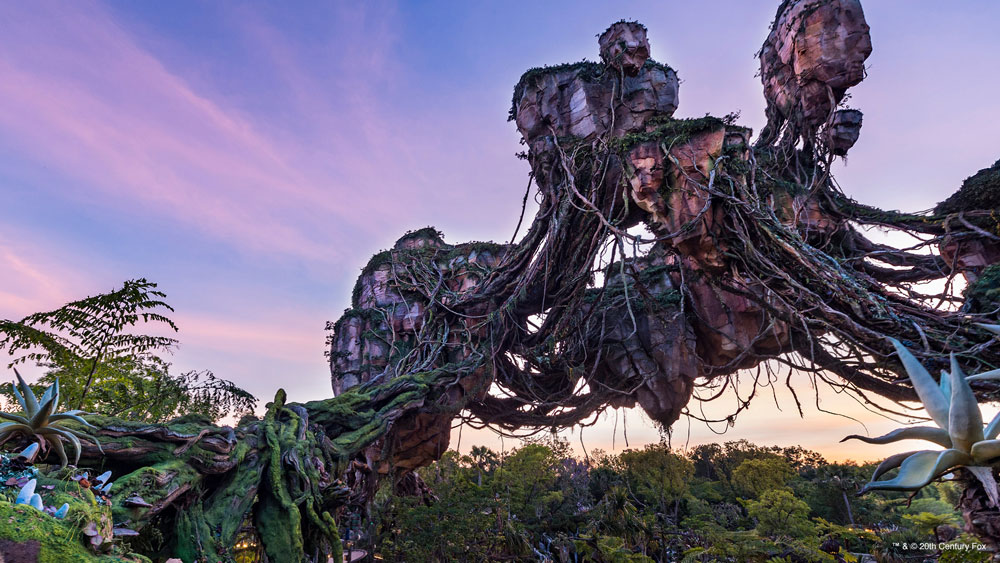 What About Disney Genie+ at Animal Kingdom?

As for Disney Genie+, that’s a fascinating conversation. As you’ll see, I believe that this service provides tremendous value at some parks.

Animal Kingdom is NOT one of them, though. In fact, a quick glance at the official site proves this point.

Disney Genie+ only gains you access to four (!) rides. However, you can also book two shows that could save you some time on certain days.

Festival of the Lion King could justify a Disney Genie+ reservation. But, unfortunately, It’s Tough to Be a Bug!…does not. 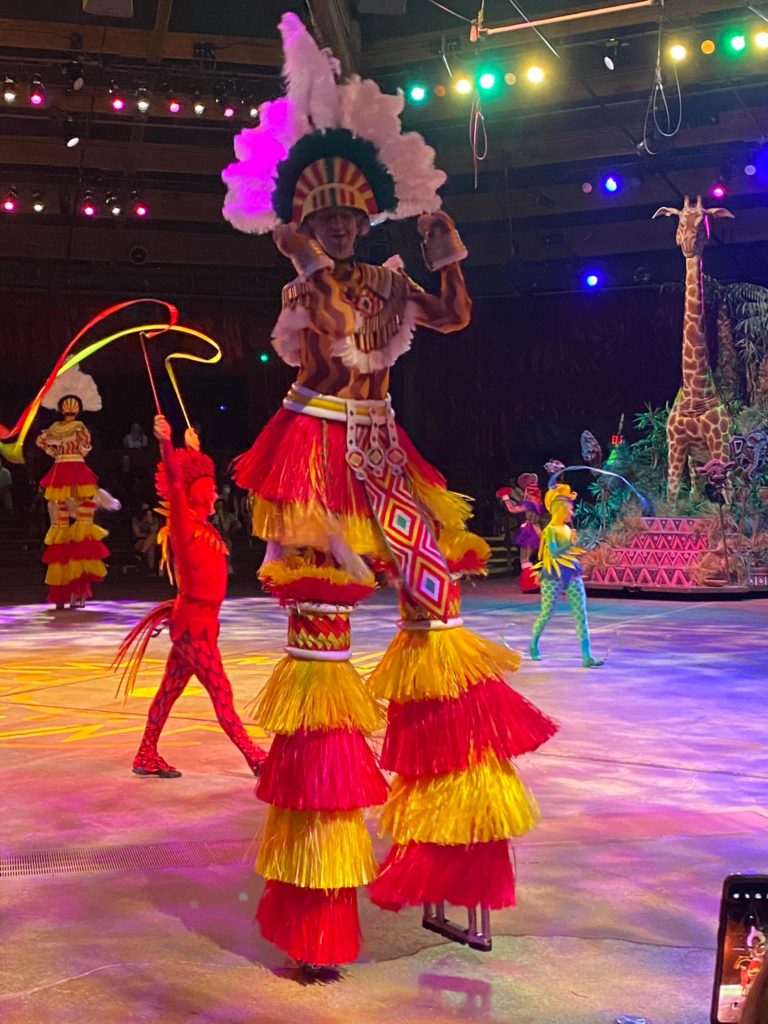 Last week, this show had a longer wait than I’ve noticed lately…and it was 12 minutes.

You’re just not saving enough time to justify the expense on all but the most crowded days. 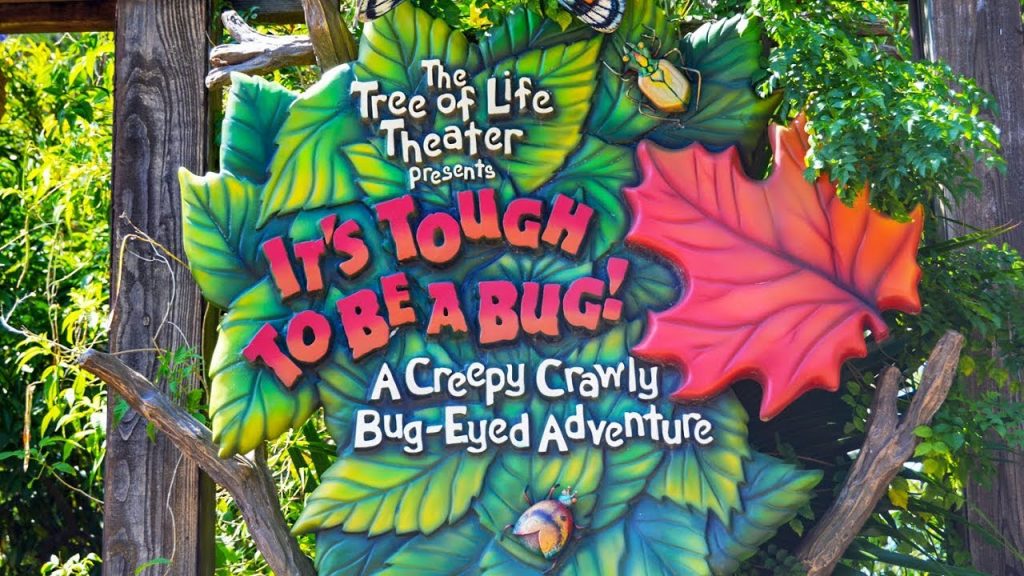 Here’s the park with the simplest but priciest evaluation. You’ll want to buy pretty much anything you can at Hollywood Studios. I wish I were joking, but I’m not.

Star Wars: Rise of the Resistance costs the most of all Lightning Lane attractions. It’s usually $15 plus tax, the same price as Disney Genie+.

You no longer need a Boarding Group to experience this attraction. However, the wait time last week was 86 minutes, a terrible use of your time.

Similarly, five other rides averaged waits of 40 minutes or more in recent weeks. 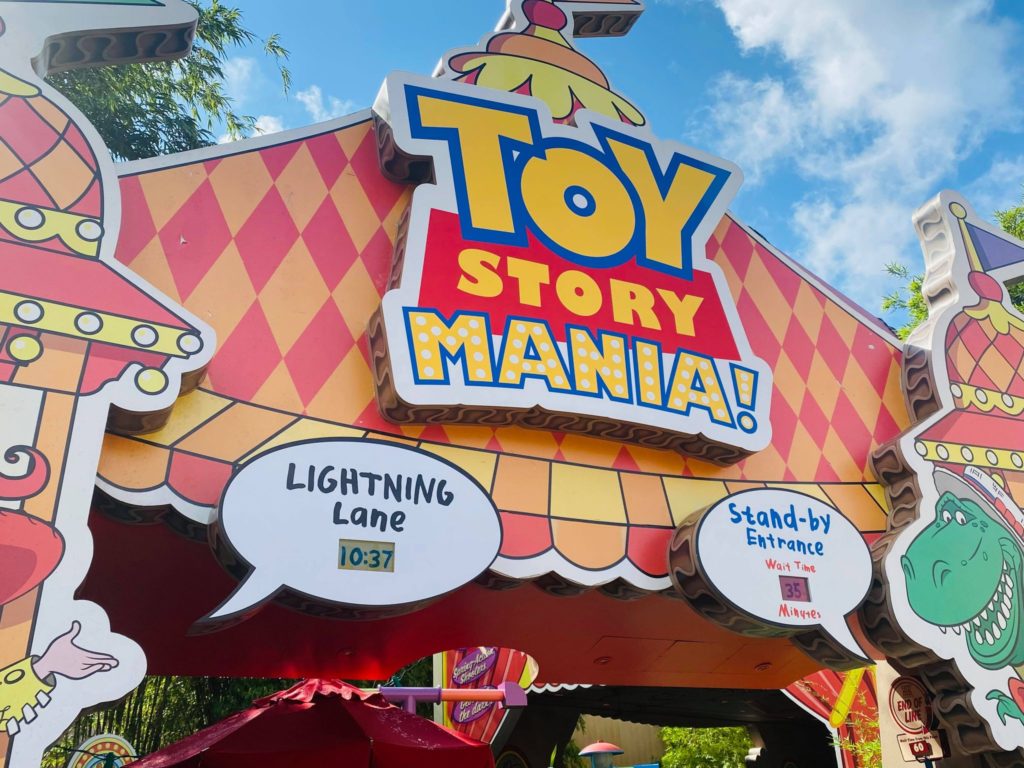 All those attractions are available via Disney Genie+ or Lightning Lane. So, you can pay your way to a better stay at Hollywood Studios.

If you don’t, you must pick and choose the attractions you’re willing to wait to ride. 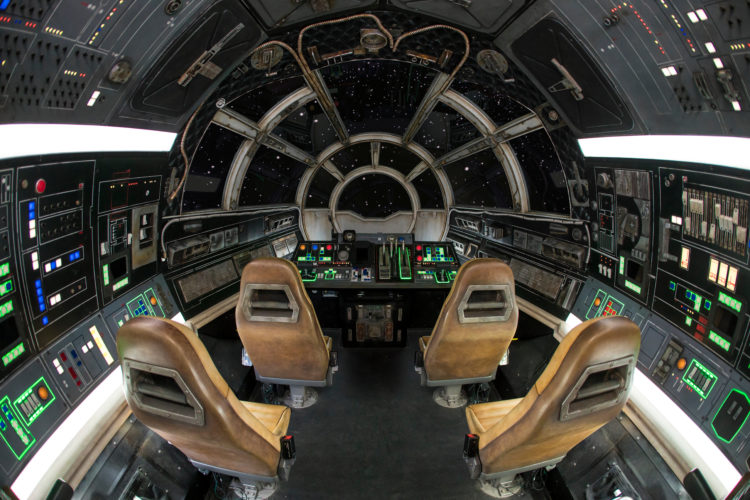 You won’t get to do everything unless you’re both a park veteran and lucky.

Your best hope would be Early Theme Park Hours, where you get in line for Rise of the Resistance. 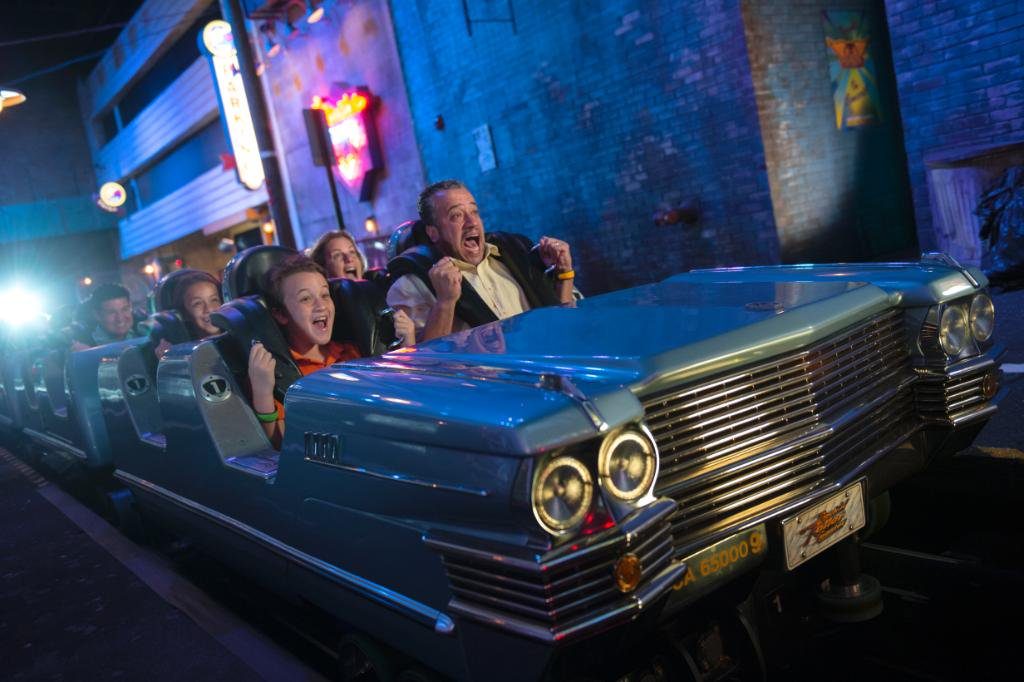 Even then, you’d still face a tough call on Mickey & Minnie’s Runaway Railway, a Lightning Lane attraction with a 50-minute wait on many days.

Hollywood Studios provides the most challenges and potential pitfalls among the Walt Disney World theme parks. 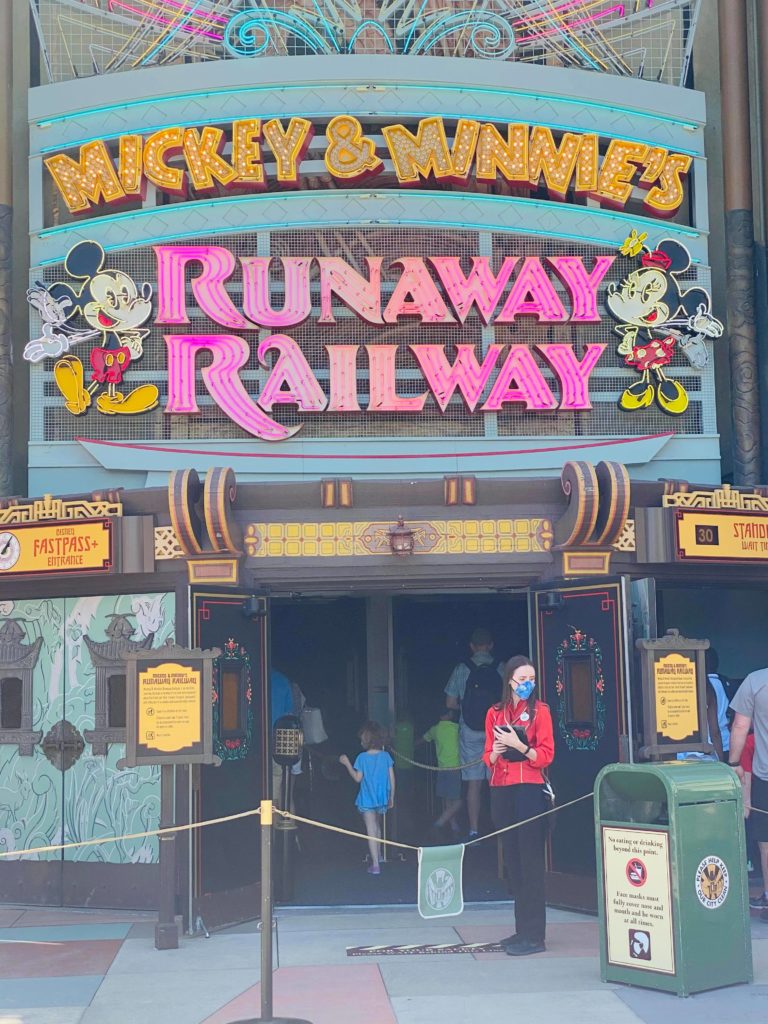 You can avoid virtually all of them by paying your way out of long lines. Make this your splurge day during your Disney vacation.

The Lightning Lane attractions at EPCOT are the only two choices that make sense to me. 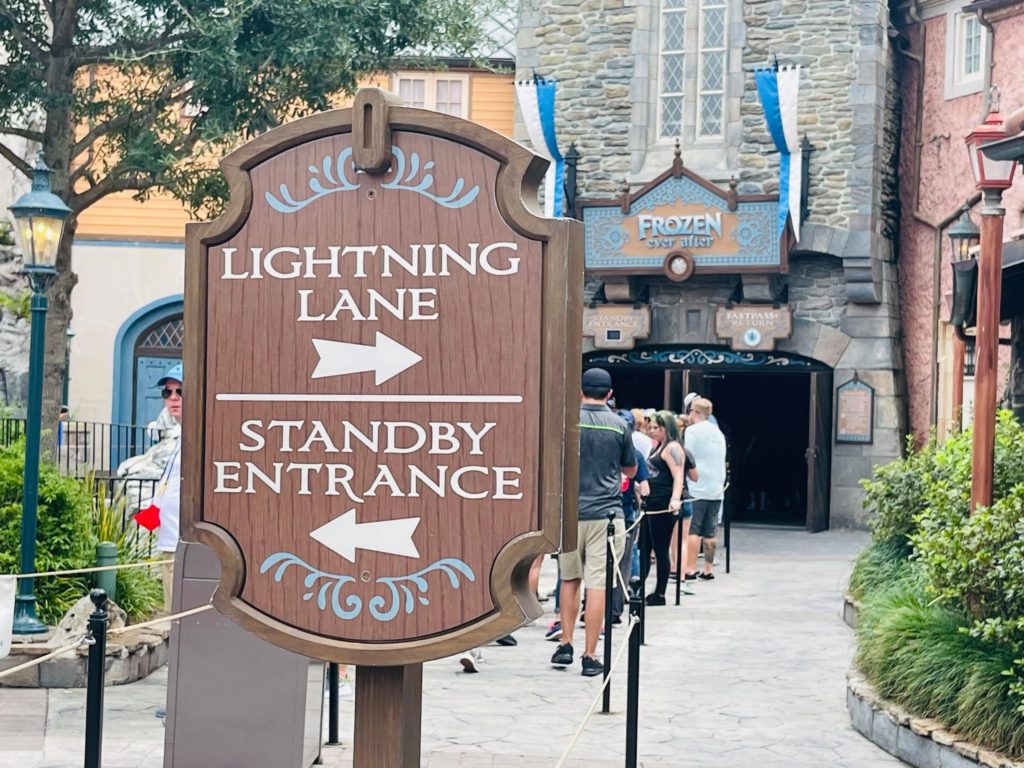 At Animal Kingdom, Expedition Everest is a baffling option, while Magic Kingdom offers Space Mountain for no apparent reason.

Hollywood Studios at least has a defensible position with Runaway Railway, but I would have chosen Smugglers Run. 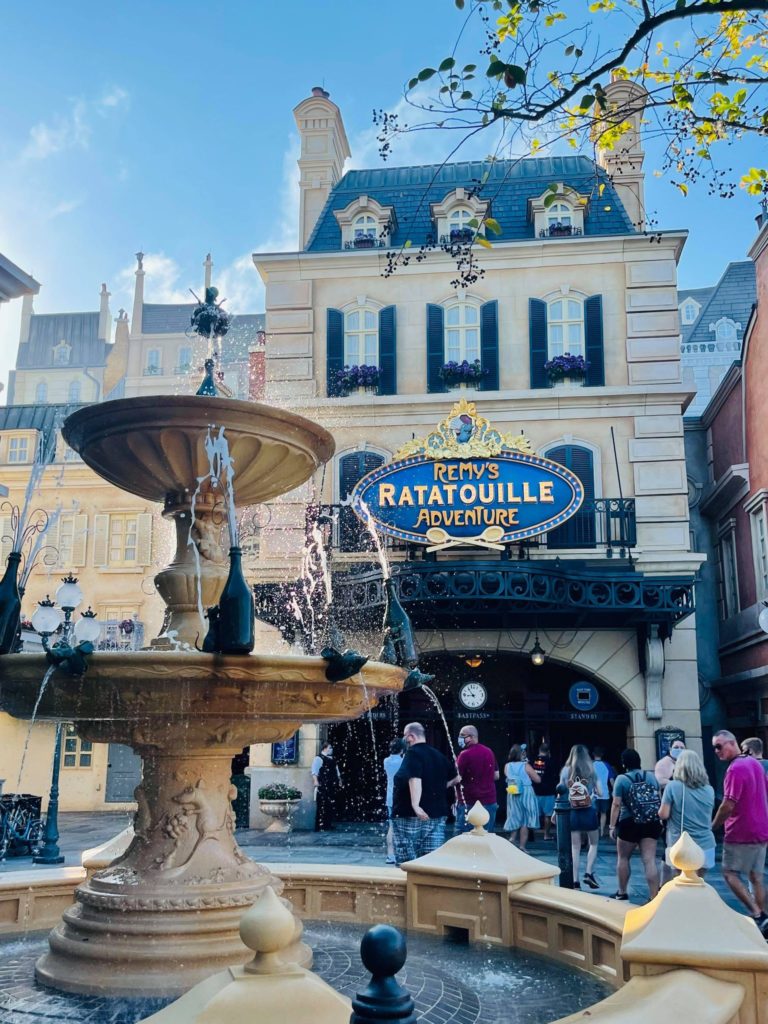 Anyway, Remy’s Ratatouille Adventure is still less than a month old. As such, it’s going to be Lightning Lane for a while.

Disney’s other choice came down to Test Track vs. Frozen Ever After. Disney chose the latter.

So, you’ll have a relatively straightforward set of options here. You’ll have a chance at 7 a.m. to schedule a Boarding Group for Ratatouille.

If you don’t get one, you should immediately pivot to buy a Lightning Lane reservation here.

That’s my way of saying that my recommendation depends on your lottery luck.

As for Frozen Ever After, I won’t practice what I’m about to preach. I wouldn’t recommend that anyone spend money on a Lightning Lane reservation.

Alas, my confession is that I probably will because I adore this attraction and ride it as often as I can.

Still, the average wait at Frozen hovers around 40 minutes, and you’ll sometimes find the lines even shorter. 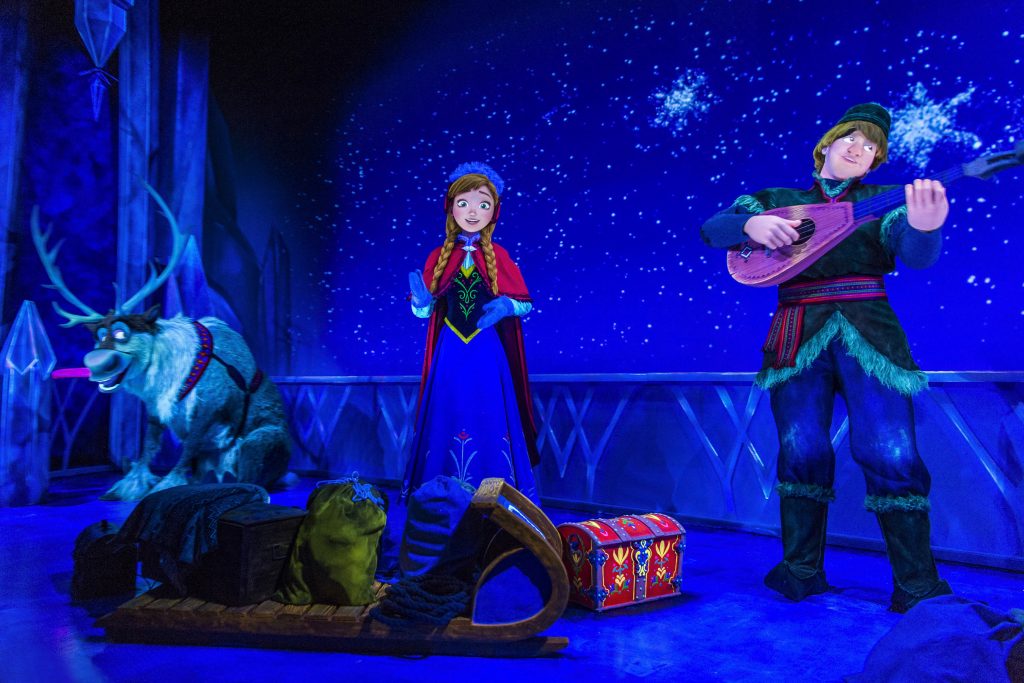 You’ll also have no need for Disney Genie+, as more than half the rides at EPCOT require waits of 20 minutes or less on most days. 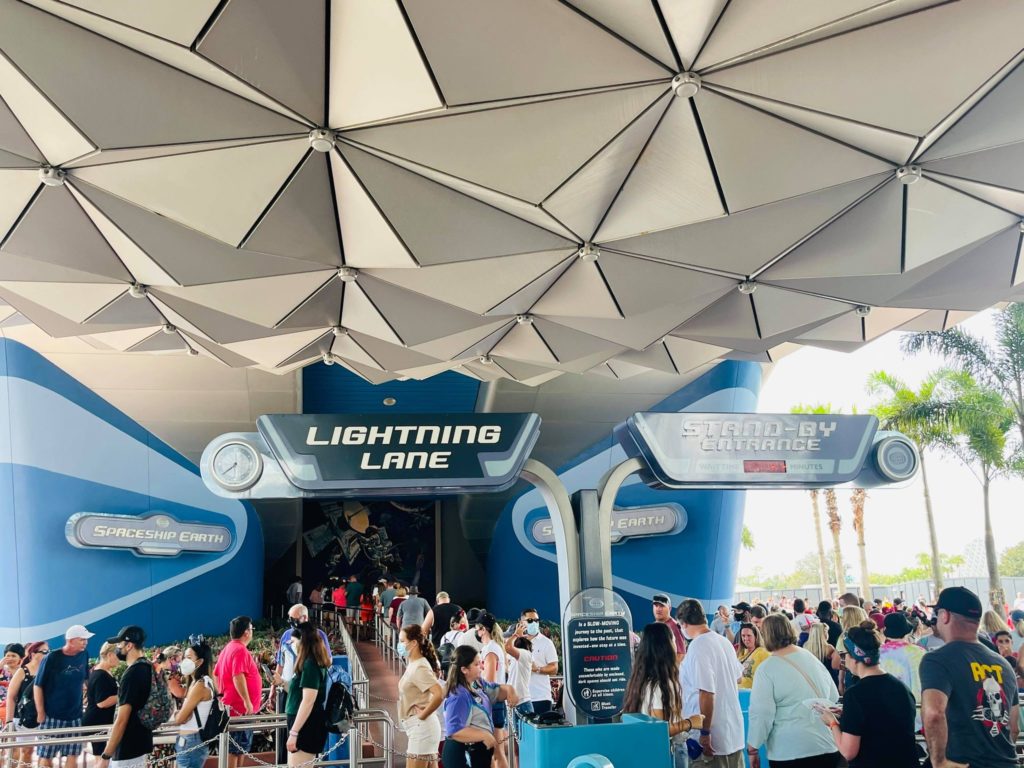 Here’s another park that doesn’t come with much intrigue. I previously wrote my suggestions for Disney Genie+ at Magic Kingdom.

Suffice to say that you’ll have at least eight attractions you want to book during a park visit. So, Disney Genie+ provides strong value to limit your line time.

However, if you arrive around the time the park officially opens to guests, you’ll find that the line has already swelled to 45+ minutes.

Since the mine train line grows quickly, you should consider Lightning Lane here as long as you like the attraction.

Otherwise, you may wince at spending $10+ on something that lasts about three minutes total. 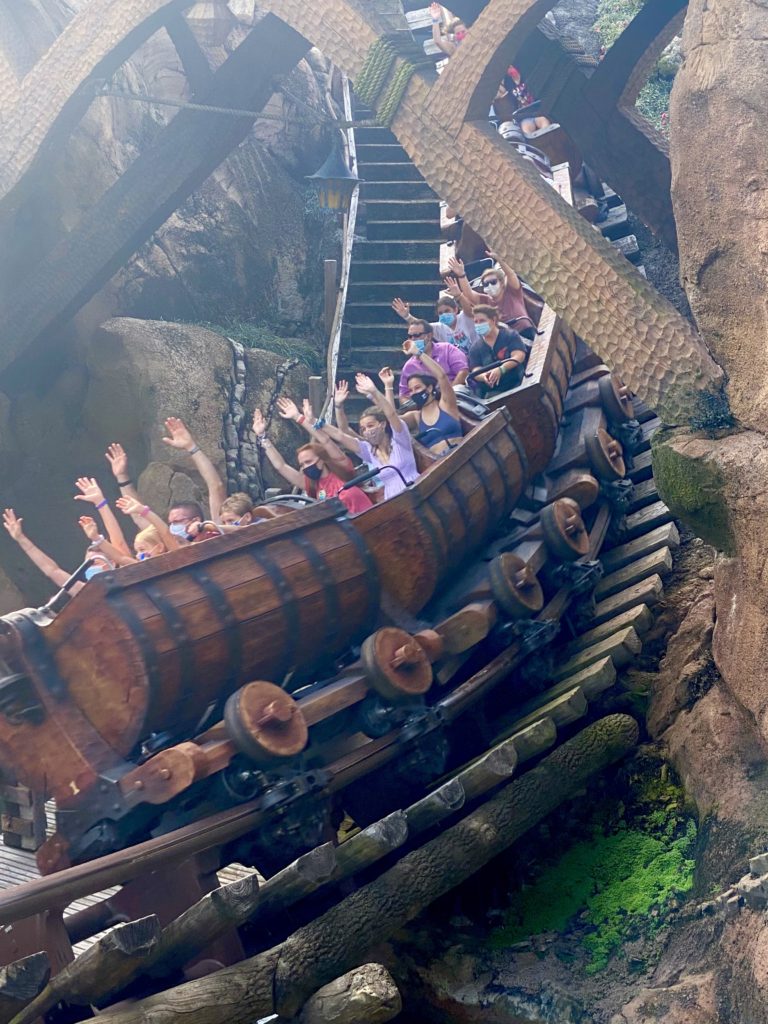 As for Space Mountain, I kinda want to meet the person who thinks it’s wise to spend a bunch of money to skip the line at a 45-year-old attraction.

I love Space Mountain as much as the next person, but everyone knows the deal by now. It’s a familiar friend rather than a ride worthy of extra money.

Hollywood Studios – Absolutely buy Disney Genie+ and Lightning Lane for Rise of the Resistance. Runaway Railway comes down to how your day is going. I’d still suggest that you buy it, but Early Theme Park Entry could save you some money here. 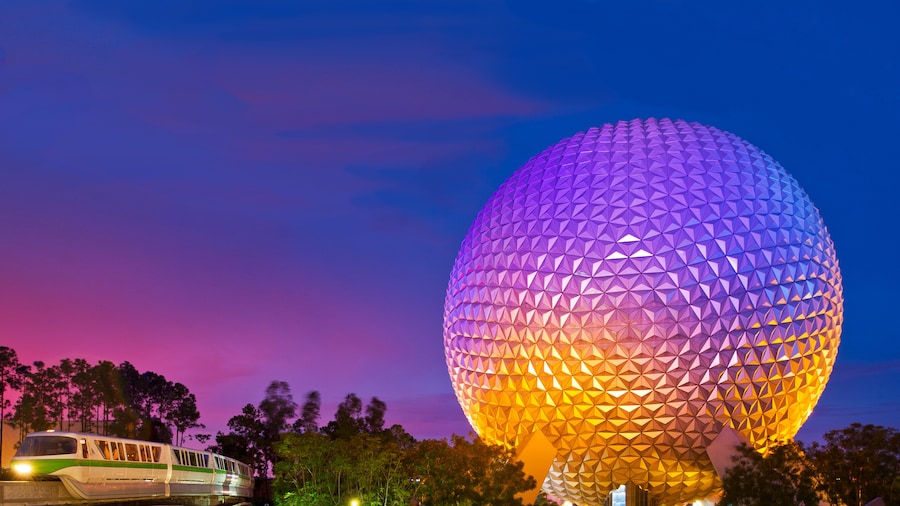