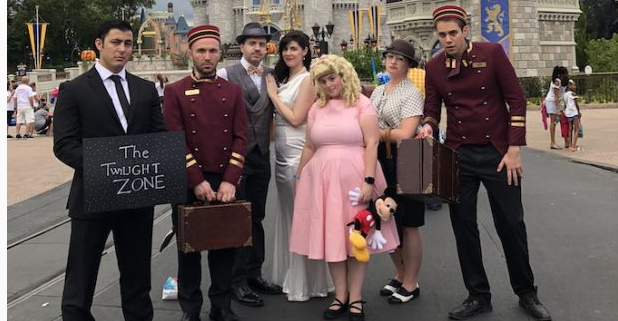 What a frightfully fantastic Friday it’s been! Disney’s #HalfwaytoHalloween festivities are in full swing.  We’ve given you a foodie guide, merchandise preview and shared exciting details about this year’s Boo Bash. 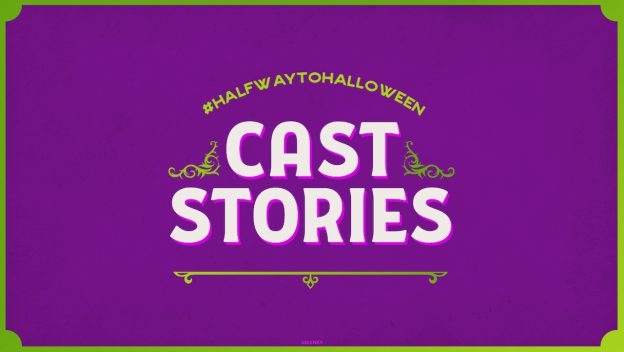 But now for the most important thing! It wouldn’t be Halloween without the enthusiasm of Disney World’s incredible cast members.  As part of today’s countdown to the spooky season, Disney asked some cast members to chat about their favorite Halloween memories and we are excited to share them with you. 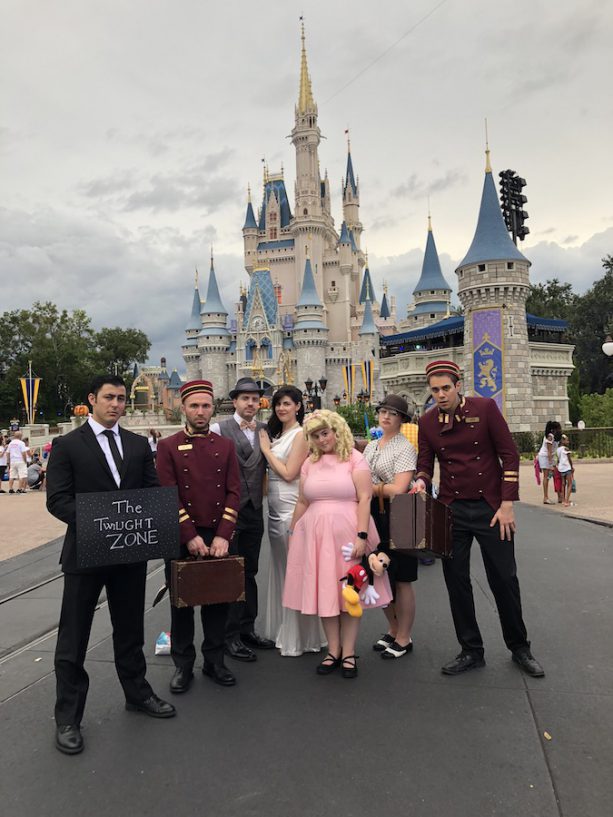 Let’s start with Melissa Kratish who says it’s all about having fun with friends. The cast member said, “Our friend group has a tradition of going to Mickey’s Not-So-Scary Halloween Party in a group costume. We had so much fun parading around Magic Kingdom, and even found ourselves getting into character! 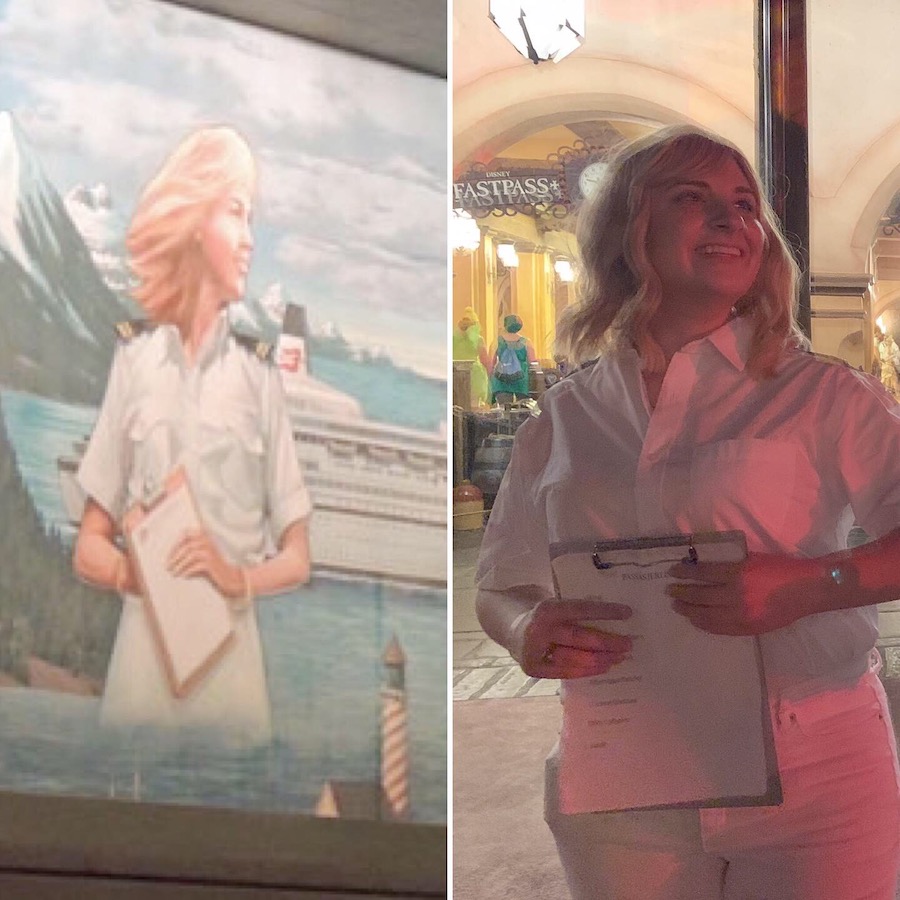 Putting together creative group costumes is by far one of our favorite Halloween memories…the tough part is figuring out what we’ll be the next year!”  We here at MickeyBlog think Melissa and Co. are doing a fantastic job of coming up with ways to celebrate those little Disney details at Halloween! 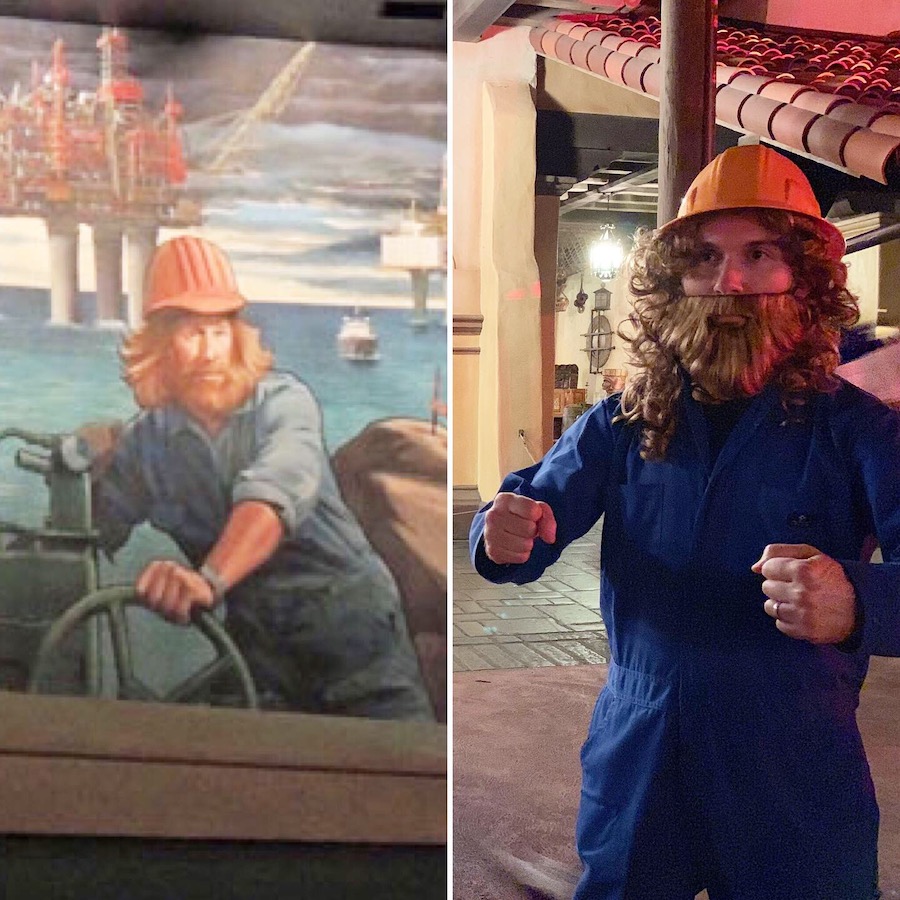 Dani Ganley tells Disney that she managed to overcome her fear of all things scary to celebrate the season.  Dani told Disney, “We went to Oogie Boogie Bash in 2019 and seriously had a ball! It was so fun to get dressed up and feel like a kid at Halloween again. 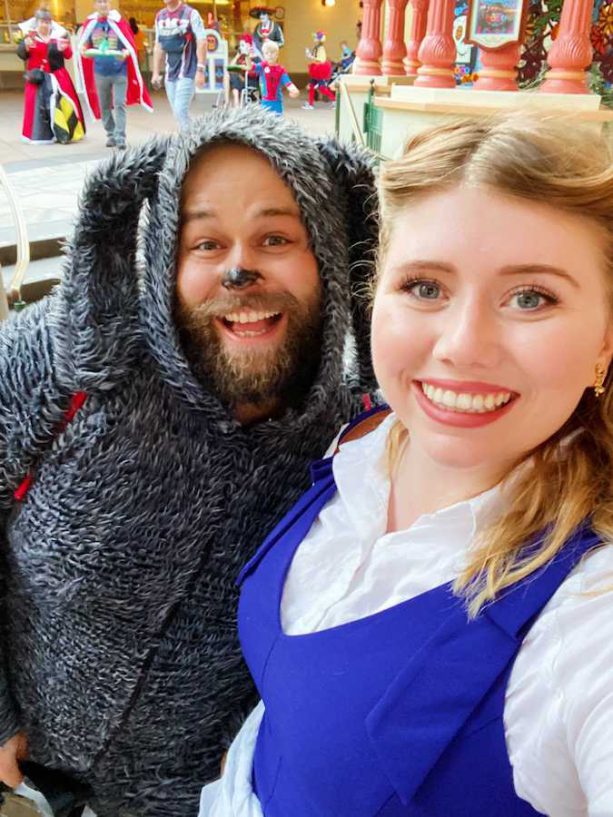 She adds, “I am a total fraidy cat so love that the Park was just spooky enough, but not so scary.  We had so much fun taking in the spooky sights and sounds of the Magic Kingdom.”  Thankfully Disney puts the “Not-So” in their Halloween celebrations! 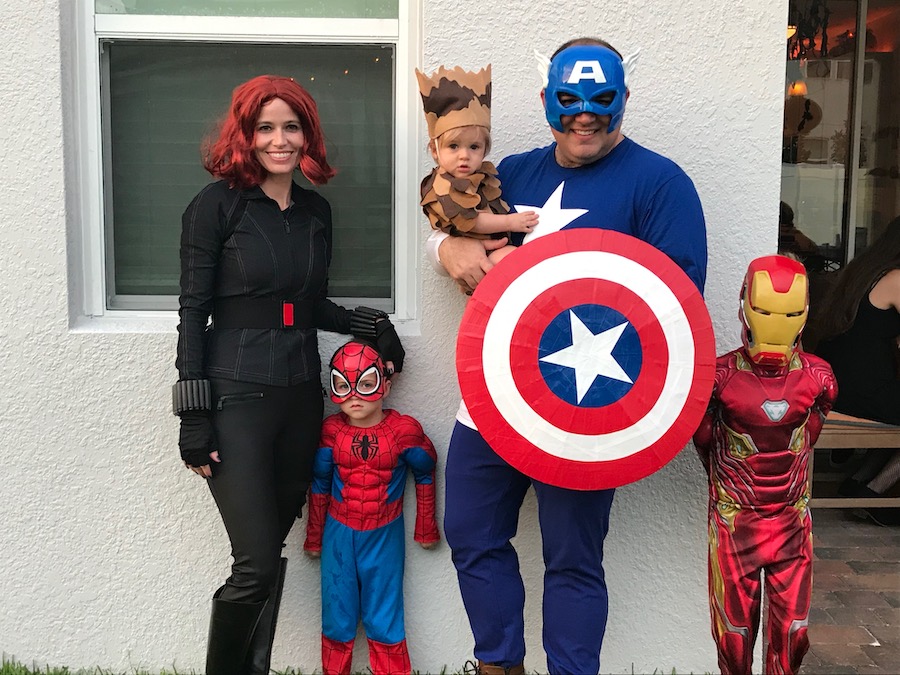 For Disney Cast Member Ryan Walker it’s a family affair! Just check out these pictures of him all dress up with his family.  He told Disney, “Our family dresses up for Halloween every year because it is an opportunity to be creative, silly, and together.

When asked how he came up with his cleaver costume designs Ryan advised, “We always decide on a theme together, even letting the little ones cast their votes. Since we all decide on it together, we all work on the costumes together, laugh at what we come up with and countdown the days until we get to walk around as a family and act out our characters. 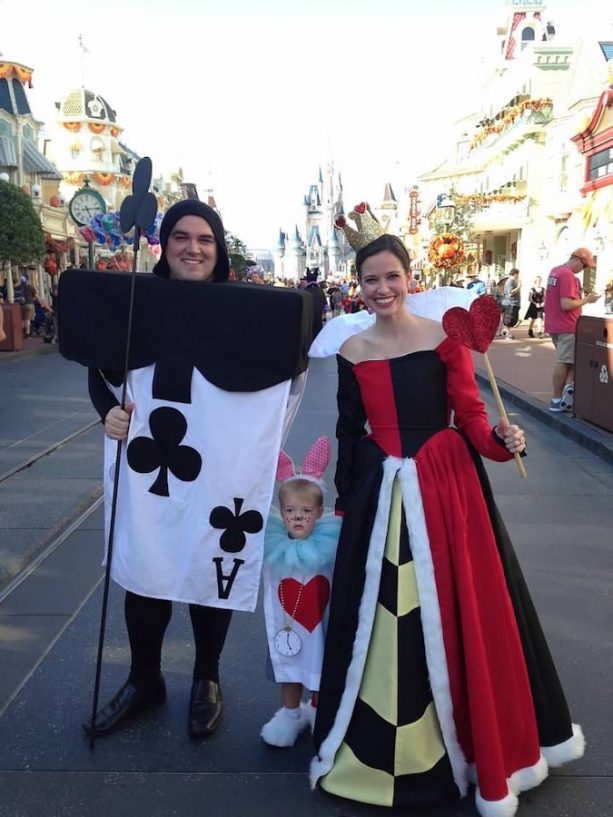 Disney Cast Member Trevor Kyro remembers taking his son to his first Mickey’s Not So Scary Halloween party as an infant. Trever remembers,  “It was his very first time being able to dress up for Halloween; we dressed him up as a lion! While we are thankful that he was born healthy, he was still born a bit early and had some catching up to do with his growing; his costume was quite huge on him. 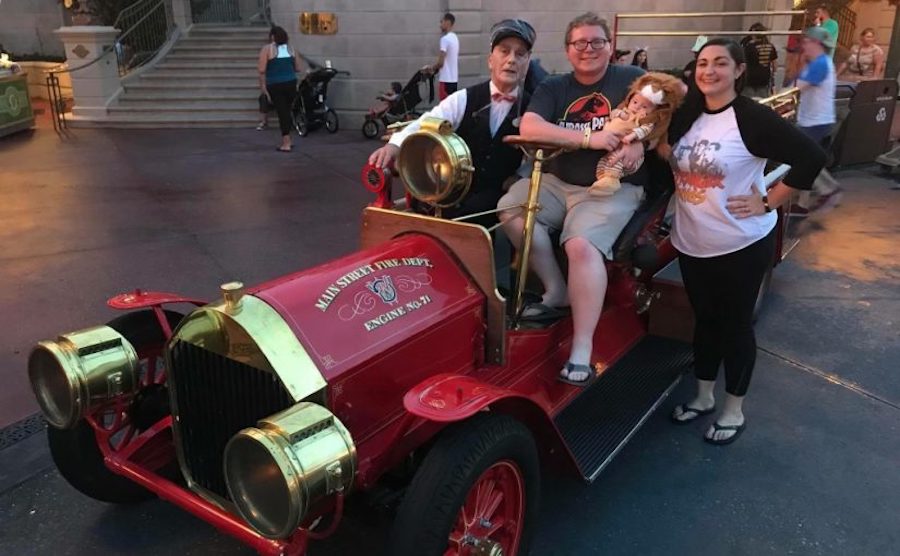 Proving that you’re never too to celebrate Halloween at Disney, Trevor remembers when his son Cooper reacting to the excitement, “Even as an infant, I’ll never forget his reaction to the music and the lights during his first time watching the Boo to You parade right on Main Street USA. He stared in awe and he was mesmerized by his surroundings; we could tell that he was loving it.”

All these awesome stories have certainly put us in the mood for Halloween! Readers are encouraged to keep checking back with us for more Halloween 2021 news and updates!