Another WandaVision Funko Pop! Vinyl has been released, this time Monica Rambeau is getting the Funko treatment.

If you have yet to see any episode of the series, it may be a good idea to head back as there will be spoilers ahead. 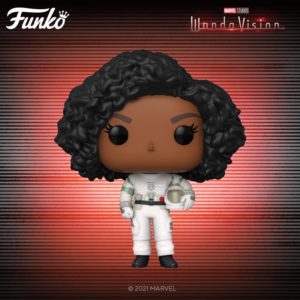 Monica can be seen in her Shield hazmat suit that she dons in episode 7 of the Marvel Disney+ series. She’s holding the helmet to the suit underneath her right arm and the Shield logo can be seen on the center of her suit.

The design is taken straight from the scene in which she enters the Hex surrounding West View once more. 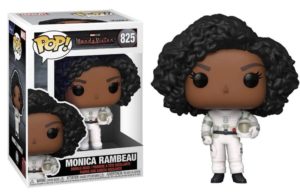 A multitude of WandaVision Funko Pop! Vinyls have been released, many with episode-specific attire such as the Billy and Tommy 2-pack.

The twins can be seen in the Halloween outfits and holding Jack-O-Lantern candy holders with Tommy holding a water balloon as he’s ready to wreak havoc on the town of West View. 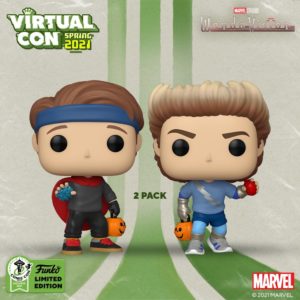 Another episode-specific addition to the WandaVision collection includes Wanda from episode 1 while making dinner for Vision’s boss. 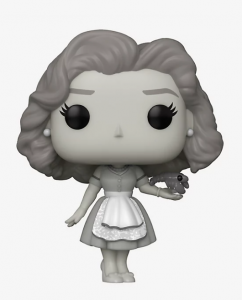 With only one episode left of Marvel’s WandaVision, there may be more Funko Pop! Vinyls on the way centered around the last episode on the way.

Given that this newest Pop has just been released centered around last week’s episode, there may even be another two waves of Funko Pop! Vinyls coming. 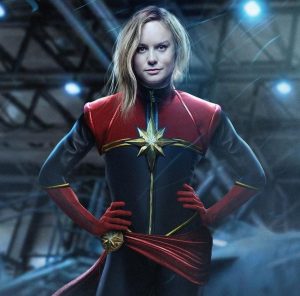 Some of you may know that Monica Rambeau will be returning in Captain Marvel 2, although it’s unknown in what capacity she will be appearing.