Julius Got the Wish Of A Lifetime When He Visited the Set of Black-ish!

We’re coming to you with another incredible Make-A-Wish story to inspire you on this Thursday afternoon! Julius is a 17 year old from Summerton, South Carolina. Last year Make-A-Wish and Disney granted Julus’ wish to visit the set of ABC’s hit series black-ish.  Julius says that he one day hopes to pursue a career in action himself and described the experience as a phenomenal once-in-a-lifetime experience.

Disney just released a new video in their Wish Effect series which shows some of the highlights of Julius’ wish. Let’s take a look:

Julius had this to say regarding his interest in being an entertainer, “I’ve always grown up watching TV, wanting to be an actor when I grow up.” Julius added that “black-ish” is his favorite program to watch and the kind of show he hopes to be a part of someday. “I always imagine what goes on behind the scenes of a show, because when it comes to TV, everything’s perfect,” observes Julius,

He said that he also loves watching blogger reels that share some of the less-than-perfect moments that don’t make it on air. 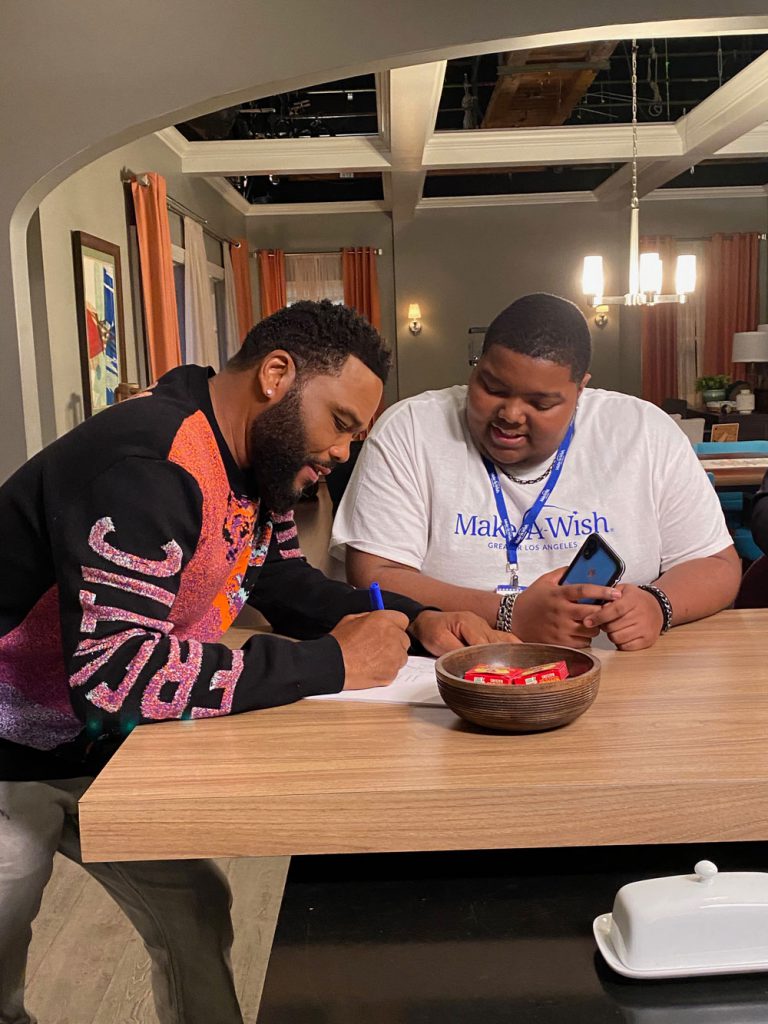 Though Julius wasn’t initially sure of what to make of his wish trip it was magical and involved so much more than a tour of the set.  He got to meet with the cast and received the VIP treatment from the moment he arrived at The Walt Disney Studios.   Julius was even able to attend production meetings and joined the creative time in the writers’ room.  Julius said, “they (the writers)  told me their ideas of how they come up with each new episode to keep it bright, fresh and new and really make it [reflect] what’s going on in the world today.” 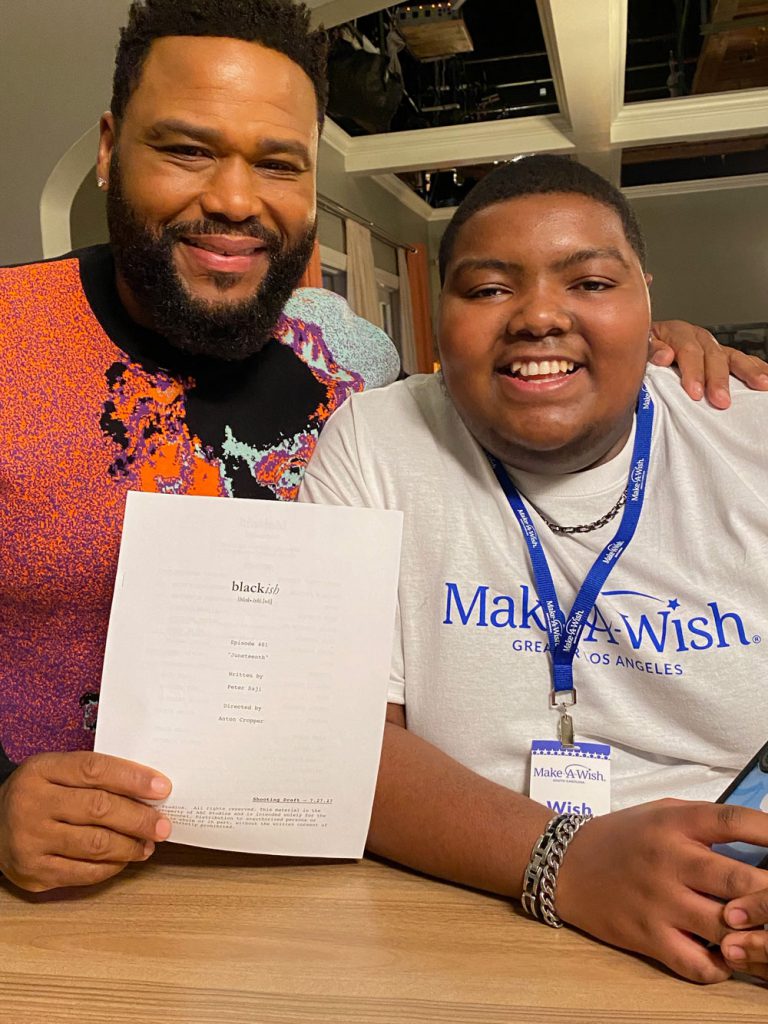 He even got to watch the cast and crew film several scenes and got to sit in his own director’s chair alongside the episode director. As soon as I walked on the set, each and every actor and production member I met made me feel like I was there from the start,” Julius shares. 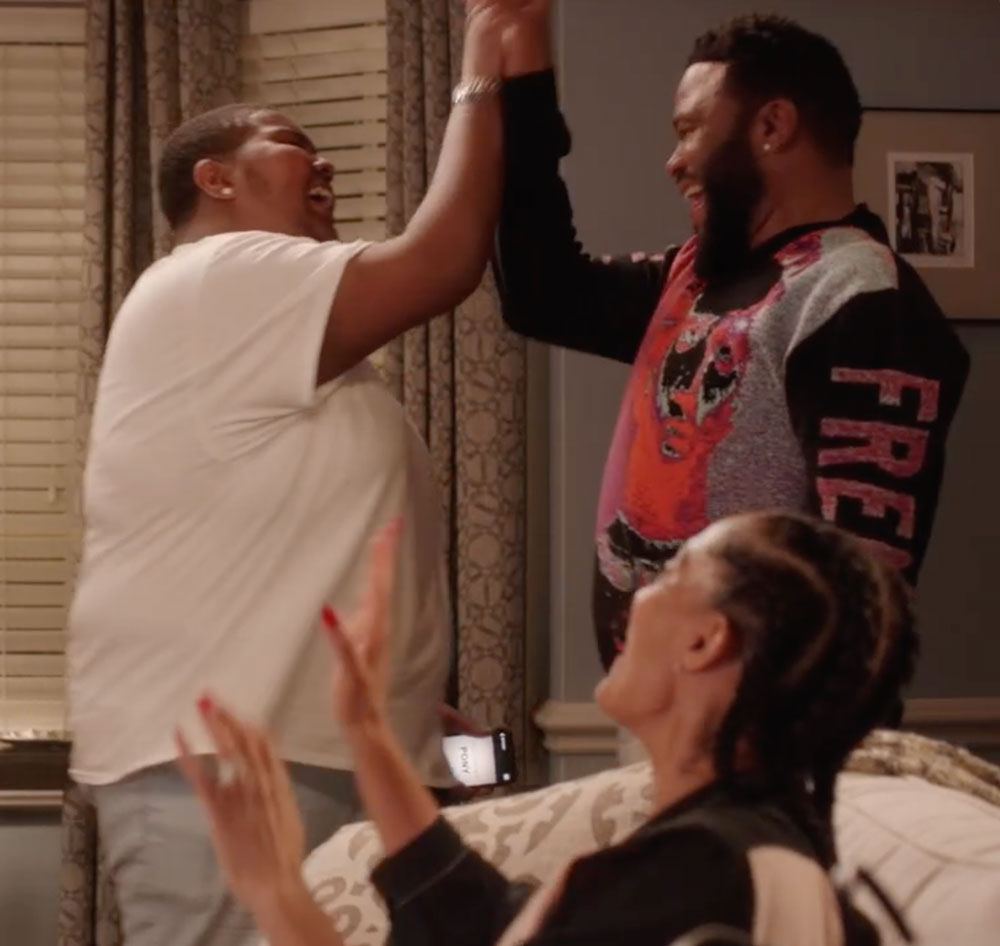 After the episode was shot, Julius invited by the show’s editors to record a voice over as if he were Andre Johnson.  Later the young actor spent time with Anderson and Tracee Ellis Ross who offered him acting tips and advice.  He even got to step into Anderson’s shows and join Ross on stage for a scene in which he played Andre. 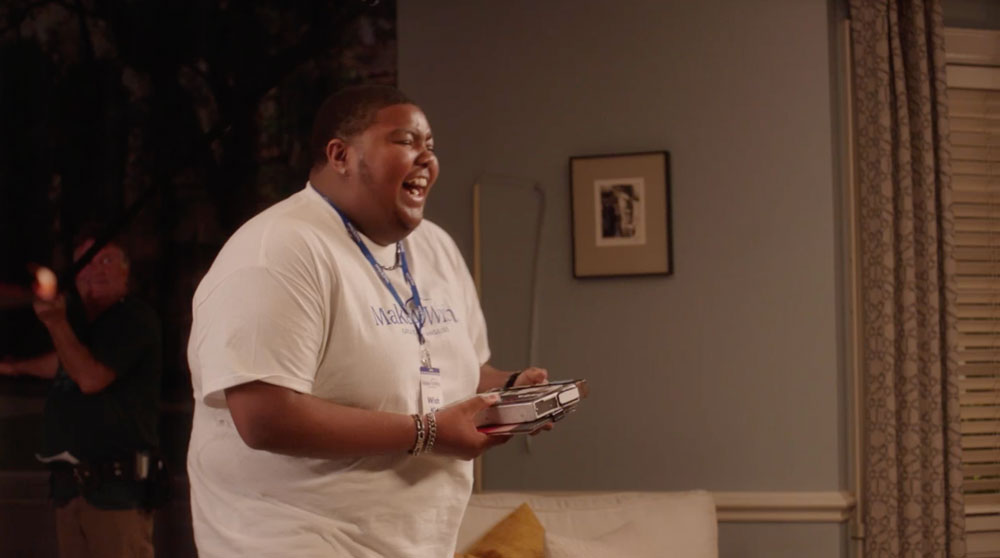 Julius’ mother Sheryl said that seeing her son’s dream come true meant the world. “[The cast] took so much time with him and gave him so much attention.” Julius’ mom continued, . “It really touched my heart and we were just so proud and so happy to be a part of it and to know that dreams come true, wishes do come true.”

Today Julius is preparing to finish high school and attend college where he hopes to study acting.  So what advice does he have to fellow wish kids? “When your wish comes, really enjoy it—because obviously you’ve been through a lot, so hopefully your wish takes your mind away from everything you’ve been going through,” he says. “Enjoy the time and just have fun. These are once-in-a-lifetime experiences.” 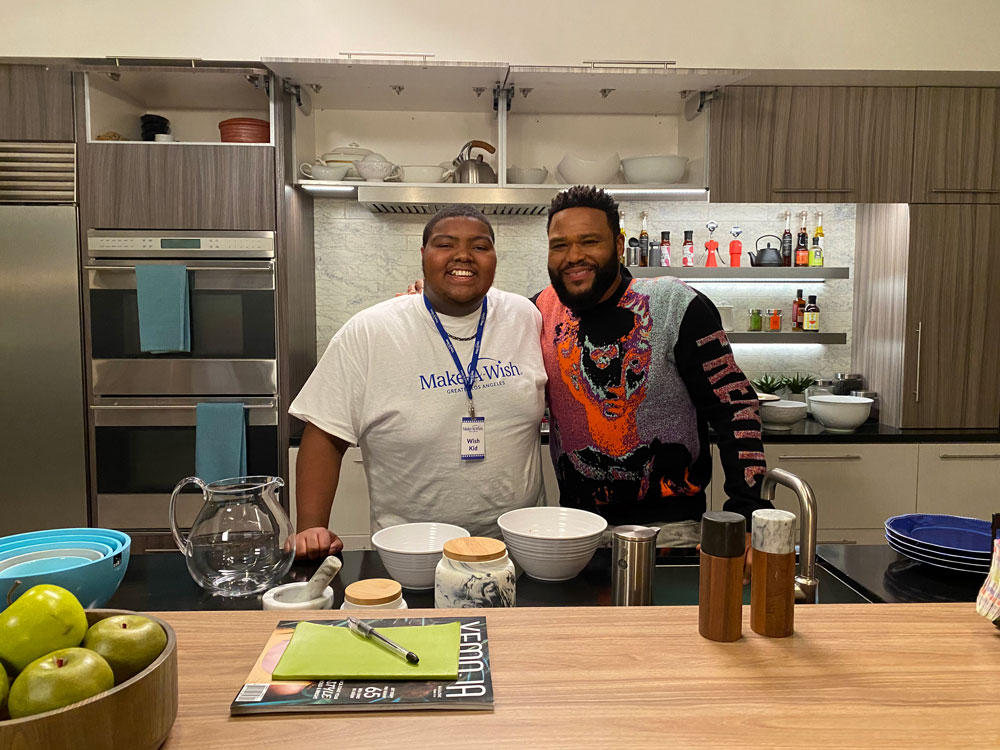 Julius’ incredible experiences outlined above were made possible through the 40 years of collaboration between Disney and Make-A-Wish.  During the past four decades over 140,000 wishes have come true! To learn more about the many ways Disney is working with Make-A-Wish to provide magic to wish kids and their families when they need it most, and to see more episodes of the video series visit wish.org/Disney.

Readers are also encouraged to keep following along with MickeyBlog for more incredible Make-A-Wish stories!