The Secrets of Sulphur Springs on Disney Channel

Watch Disney Channel on January 15 for the Season 1 Premiere of Secrets of Sulphur Springs….

Ready for some spooky shenanigans on Disney Channel?

Welp, the Disney Channel PR team is starting to pump up the hype machine for its new show, Secrets of Sulphur Springs! Tweets, trailers, and photos are beginning to sneak out.

We’ve got a secret for you 🤫 Get ready for #SecretsofSulphurSprings premiering on #DisneyChannel, January 15! #WatchOnDisneyChannel pic.twitter.com/4W8ncAZmfP 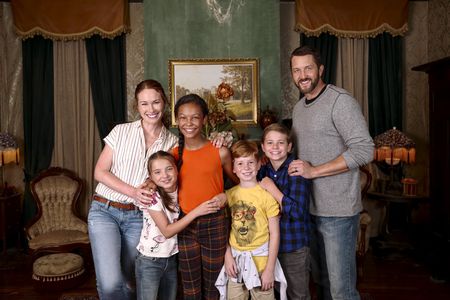 Disney Channel’s “Secrets of Sulphur Springs” is a live-action, time-travel mystery series for kids ages 6-11 and their families. Set in the fictional Lousiana town of Sulphur Springs, the series follows adventurous 12-year-old Griffin Campbell and his bright-eyed, thrill-seeking friend Harper as they come across a secret portal that allows them to travel back in time and uncover clues related to an unsolved town mystery.

Griffin’s world is upended when his father, Ben Campbell, moves the family from Chicago to Sulphur Springs to take ownership of The Tremont Hotel, an abandoned property that has been vacant for decades. The Campbell family, which also includes Griffin’s loving mother Sarah and his younger twin siblings, Wyatt and Zoey, moves into The Tremont in hopes of restoring the dim, cobweb- and dust-filled hotel back to the lively vacation destination it once was—a cheery bed and breakfast complete with an onsite summer camp and nearby bubbling-water springs.

Not long after Griffin begins his first day at a new school, he learns that the hotel he just moved into is rumored to be haunted by the ghost of a girl named Savannah who, without a trace, disappeared decades ago. There he meets Harper, an artistic and mystery-obsessed classmate that he soon befriends. She is fixated on the legend of Savannah and is eager to visit The Tremont to dig into the hotel’s past.

Upon visiting the hotel and meeting Griffin’s family, the two sneakily explore The Tremont and soon stumble upon a secret portal that transports them back in time to a previous era. The portal gives Griffin and Harper a glimpse into The Tremont Hotel during its heyday and, most importantly, Savannah. Committed to solving the mystery of how she went missing, Griffin and Harper embark on a time-travel adventure that puts them face-to-face with a sequence of thrilling escapades and run-ins with younger versions of people they have come to know in the present day. Soon, they wonder if the key to solving the mystery may, in fact, lay with those around them.

We hope you like haunted hotels and spine-tingling scares! Get ready for #SecretsOfSulphurSprings 😱 #WatchOnDisneyChannel pic.twitter.com/Sf2aPfg667

Secrets of Sulphur Springs is coming to Disney Channel January 15, 2021, but we’ve been waiting for some time.


Thankfully, the wait is much, much shorter — two weeks as opposed to two years.

And the first three episodes are named: 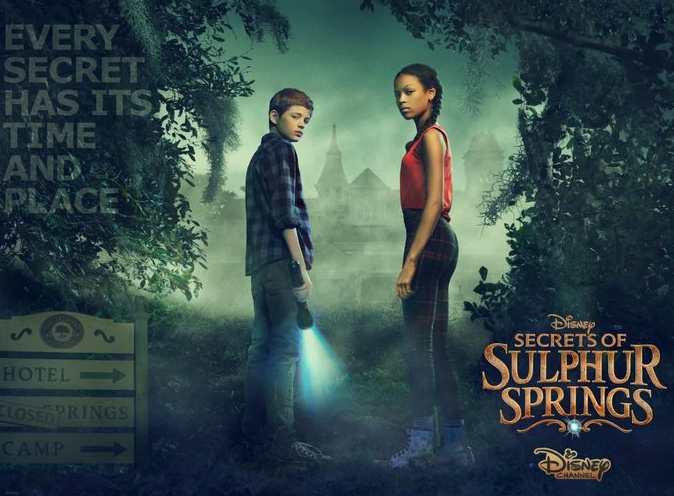