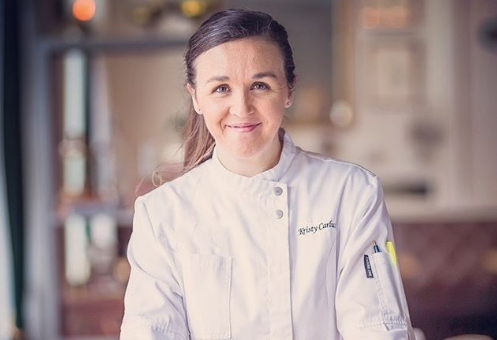 We’ve got some exciting news for all you Disney foodies out there. If you’ve been following along with us then you know that we are counting down the days until Gideon’s Bakehouse officially opens at Walt Disney World and today it looks like we are inching ever closer.  The Bakehouse posted to Instagram earlier today to announce that there’s a new chef which will be joining the Disney Springs team!

Quality means everything to us, and we aim to be even better as we grow so today we're happy to announce the newest member of the team, Chef Kristy Carlucci. ⁣⁣⁣⁣⁣ ⁣⁣⁣⁣⁣ Kristy Carlucci brings over a decade of baking and pastry experience to Gideon's Bakehouse. Most recently, she spent five years as Pastry Chef of The Osprey Tavern in Orlando. Kristy gained a strong set of fundamentals while studying Baking and Pastry Arts at The Culinary Institute of America in Hyde Park, NY. She has developed and strengthened her skills under the tutelage of such kitchen luminaries as Richard Rosendale CMC, Francisco J. Migoya CMB, and Chef Angela Hartnett. She has been celebrated for her work throughout the United States, baking for celebrities, professional athletes, and political figures. Locally, she has also worked with The Ravenous Pig and Cask & Larder.⁣⁣⁣⁣⁣ ⁣⁣⁣⁣⁣ Kristy has been featured in local publications such as Orlando Sentinel, Orlando Weekly, Orlando Magazine, and Edible Orlando. She has also been shown in Pastry & Baking North America. In 2016 she was a finalist in "Best of Orlando-Best Desserts" and has been revered by many Orlando food critics. In 2015, Kristy teamed up with Honey Nut Cheerios and created an exclusive recipe for their "real honey" promotion. She has earned mentions with the James Beard Foundation through her work with Beard in Baldwin, a large food and wine festival in Orlando, as well as having the opportunity to cook for the James Beard House. 2019 was an exciting year for Kristy: In May, she was inducted into Orlando Magazine's Dining Awards Hall of Fame. She was once again a finalist for "Best of Orlando-Best Desserts". In August, she was invited to cook alongside Ming Tsai, Dean Fearing, and Edward Lee for Norman Van Aken's "Movin' On Out" Gala. As a guest demonstrator for both The Florida Restaurant and Lodging Show and The ACF National Convention, she has presented new and exciting ideas to hundreds of culinary enthusiasts.⁣⁣⁣⁣⁣ ⁣⁣⁣⁣⁣ At Gideon's, Chef Kristy will be the Guardian of our existing menu while using her depth of experience to bring even more Limited and Secret items to our locations, keeping things compelling for you.

As you can see from the post above, Chef Kristy Carlucci will be joining the company and has an impressive resume including five years as the Pastry Chef of the Osprey Tavern in Orlando.  She learned Baking and Pastry Arts at The Culinary Institute of America in Hyde Park, NY and worked with an incredible Who’s Who in the culinary world and has baked for everyone from celebrities to professional athletes. 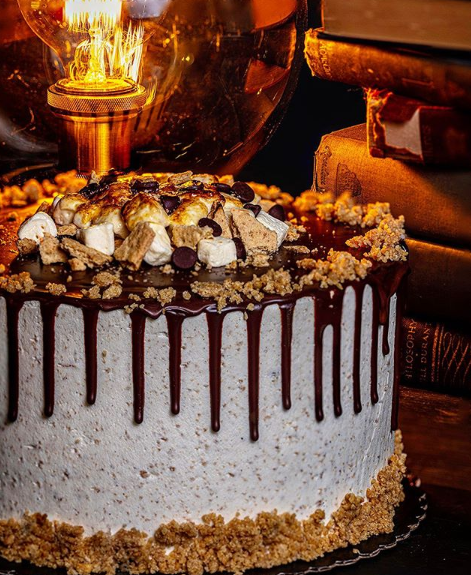 At Gideon’s, Chef Kristy will be the Guardian of the existing Gideon’s menu while using her years of incredible experience to create an incredible array of Limited and Secret Menu Items.

According to the announcement with Dinsey Parks Blog, the Disney Springs Gideon’s location will offer an expanded menu where you’ll find everything from cookies and cakes to iced coffee including the Original Peanut Butter Iced Coffee.

Steve Lewis, owner and creator of Gideon’s Bakehouse had this to say of their new Disney Springs location, “This opportunity is truly a dream come true and will allow us to flex all of our creative muscle in both desserts and décor. We’re passionate, inspired, and ready.”Lewis had this to say about the eclectic array of goodies you’ll find on the menu, “We’re also excited to bring more cake flavors to our new location, offering never-before-seen creations like our special line of Double Frosted Cakes. There are more than a few secrets we have up our sleeves that you’ll just have to wait to see. It’s not Gideon’s if it isn’t a little dark and mysterious.” We aim to even make the wait in line entertaining by immersing everyone in a transformative environment that will share our story as guests progress toward the counter.”

We are anxiously awaiting the arrival of Gideon’s and this is a story that we’ll continue to follow closely here at MickeyBlog. Keep checking in with us for further news and updates!