If you can’t be in one of the Disney parks, the next best thing is to watch a Disney movie! We all have our favorite Disney Movies, but most of the time they’re the usual suspects, such as beloved classics like The Lion King, Cinderella,  or Aladdin. Some people prefer more recent films like Frozen or Coco. These movies are loved for very good reasons, but sometimes we forget that there are so many underrated Disney movies out there that don’t receive the recognition they deserve.

One of my favorite things to do is to introduce some of those underappreciated films to my nieces and nephews and watch their faces light up with as much joy as I had as a child (and even adult!) watching them. So here is a list of the top 10 underrated Disney movies.

Even though this film comes in at number 10, it’s one of my favorite underrated Disney films! This movie was released in October 1997 and stars Steven Guttenberg and Kirsten Dunst. The film is based of the actual Tower of Terror attraction at Walt Disney World and most of the tower footage was filmed there! Tower of Terror is one of my favorite attractions and is one of the reasons I love the movie so much. The story-line follows an outcast reporter who investigates an abandoned hotel where 5 people disappeared sixty years earlier. This film is a little spooky, but perfectly fine for children and shows the importance of forgiveness and family. 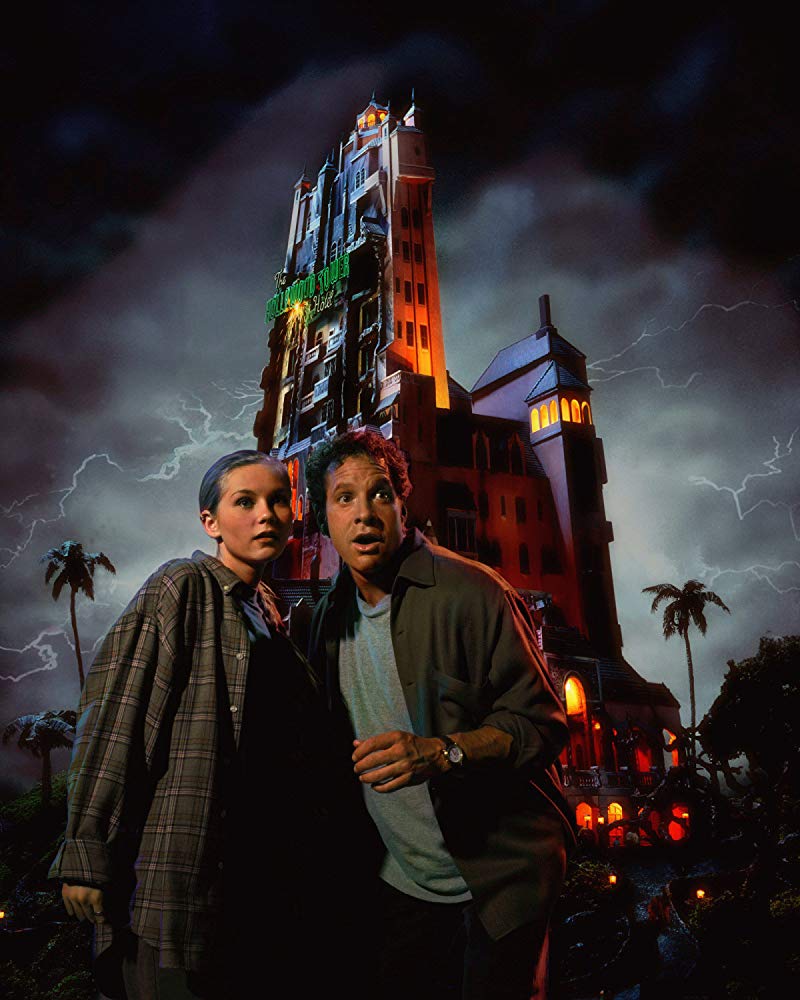 In Toy Story our toys come to life when we’re not looking, but what would happen if one of our toys actually did become real? In the movie Life Size, a teenage girl tries to use a spell to bring her mother back to life, but something goes wrong and instead brings her Barbie doll to life. The movie was released in March 2000 and stars Lindsay Lohan and Tyra Banks. The film is a moving story about being proud of who you are. 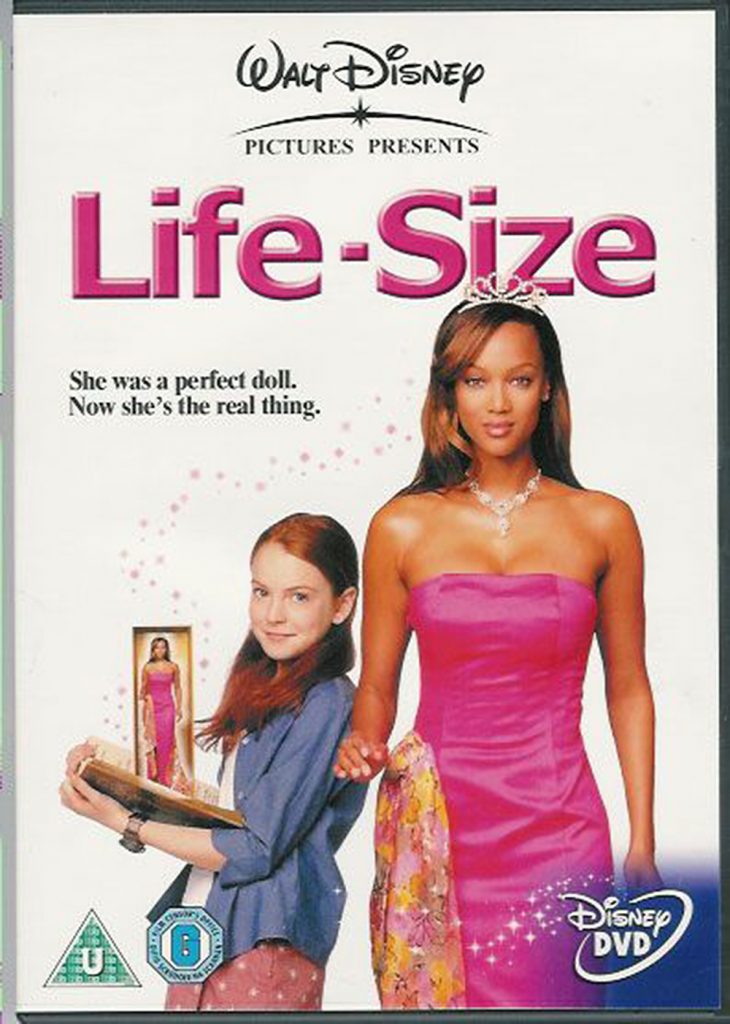 The Great Mouse Detective was released in July 1986 and was sort of my generation’s version of Sherlock Holmes! The star of the film was Basil of Baker Street, a great detective. His side-kick was Dr. Dawson. In the film Basil is trying to unravel the mystery of the Flaversham, the toy-maker’s kidnapping. Not only is the movie filled with mystery and excitement, but there’s also musical numbers and a moral of never giving up. 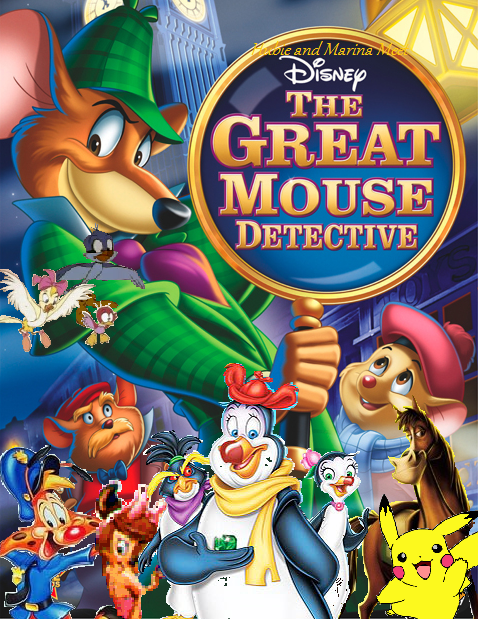 Greek Mythology, amazing music, and heroic values…what more do you need to make a fantastic movie? Maybe a love story? Well Hercules has it all. This movie definitely includes one of my favorite soundtracks with songs like “Zero to Hero” and “I Won’t Say I’m In Love”. The story follows the life of Hercules after Hades turns him into a mortal.  He must find a way to prove he’s a true hero in order to be able to go back to live on Mount Olympus. The film teaches us that being a true hero is not just having fame and fortune and saving peoples lives, but rather it’s about true sacrifice and love. The movie was released in June 1997. 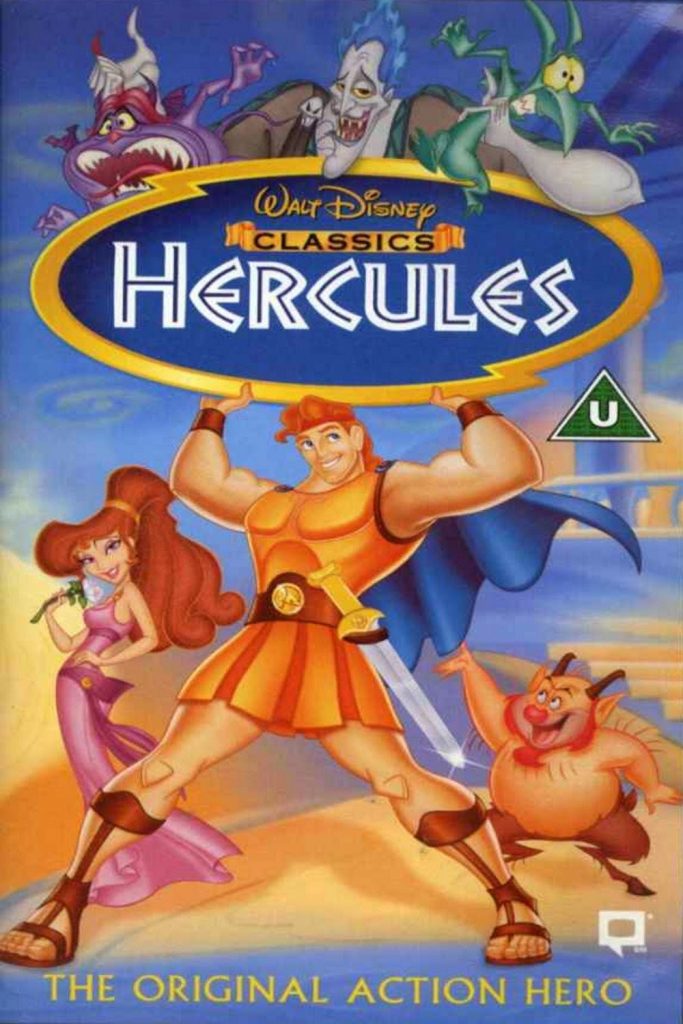 6. The Rescuers Down Under

Many people believe this sequel to The Rescuers is better than the original movie.  The films are about two mice agents (Bianca and Bernard) of the Rescue Aid Society. Bianca and Bernard go to Australia to save a young boy who is trying to protect a rare giant golden eagle and her eggs. The movie is full of action and excitement and teaches the importance of courage and teamwork. 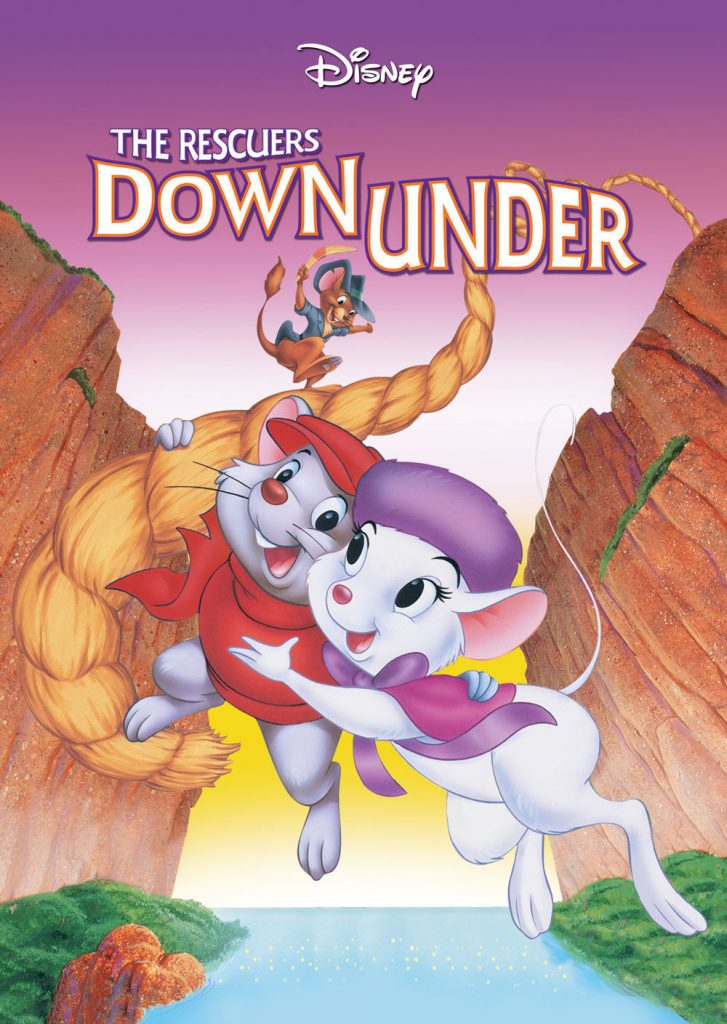 Released in July 1985, this is one of Disney’s first fantasy films and one of their first films to be rated PG. This Black Cauldron does contain some intense scenes and may be better suited for older children, but I always really enjoyed it as a child. The film was considered to be very controversial, but if you can look past the darkness in some of the scenes you’ll see a plot that captures your mind and keeps you on the edge of your seat waiting to find out what’s going to happen next! 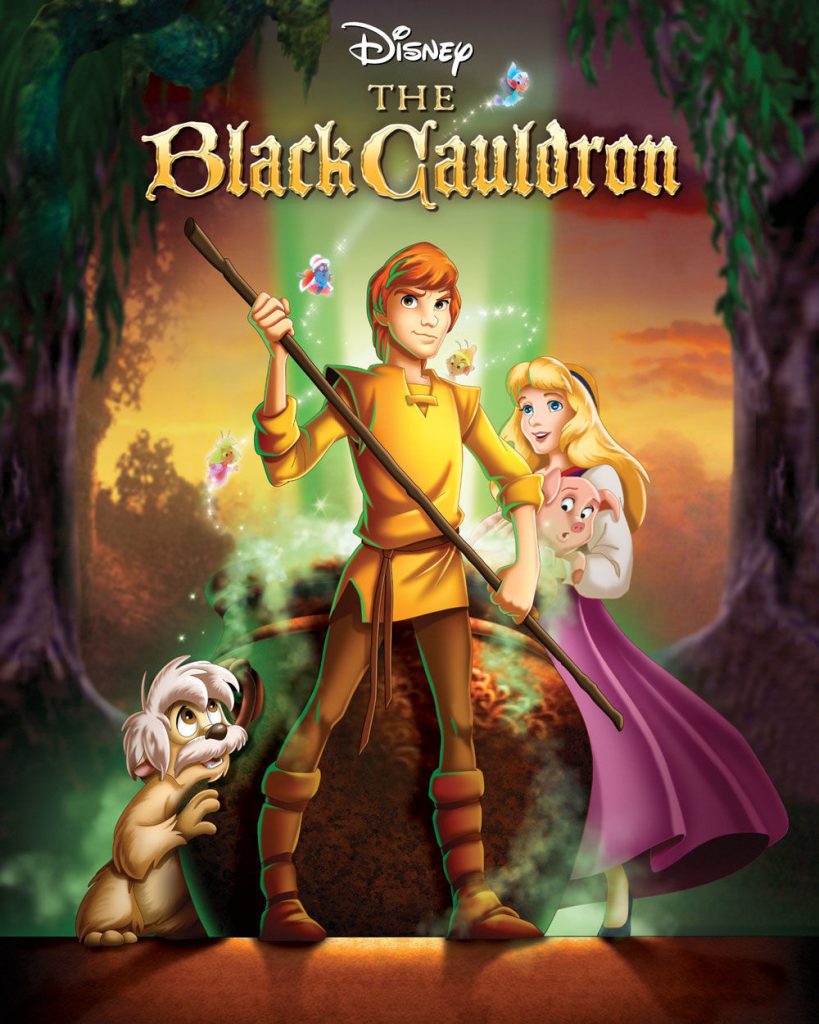 There are so many great things about A Goofy Movie that make it a big hit. The storyline is heartfelt and something that every family can relate to. The film follows Goofy and his son Max as they go on a family fishing trip. Goofy is trying to rekindle their father-son relationship, but Max is embarrassed by his father. The movie is hilarious and heart-warming and nobody will ever forget the dancing big foot! It’s a great film that teaches the importance of family and being true to yourself. A Goofy Movie is definitely one the most underrated Disney movies ever! 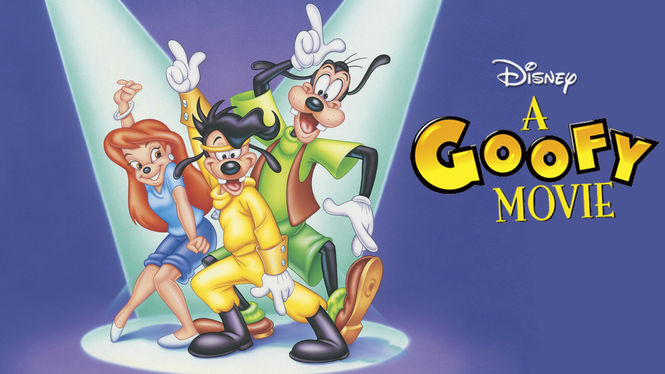 This film, as Yzma would say, “It’s brilliant, brilliant, brilliant, I tell you! Genius, I say!” There are so many great characters in this film that you become enamored with. This movie was released in December 2000 and stars David Spade as the Emperor, John Goodman as Pacha, and Patrick Warburton as Kronk. Kronk is by far one of the best villain sidekicks I can think of. His character is hilarious, and he is constantly fighting between doing what is right and wrong. The Emporer’s New Groove teaches us that it’s wrong to be selfish and we need to think about the consequences of our actions. 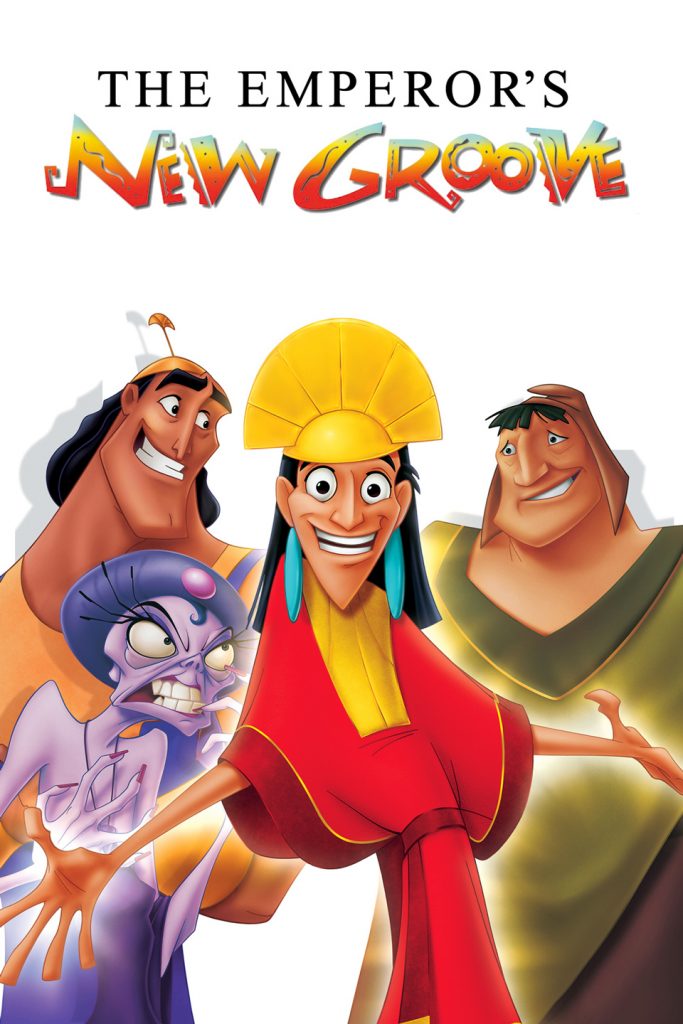 Oliver and Company was released in November 1988 and was inspired by Charles Dickens; “Oliver Twist”. The movie follows a homeless kitten named Oliver who is taken in by a group of homeless dogs. This film has great music, including Billy Joel’s “Why Should I Worry”. Oliver and Company is filled with love and redemption and proves that it is in fact the thought that counts. 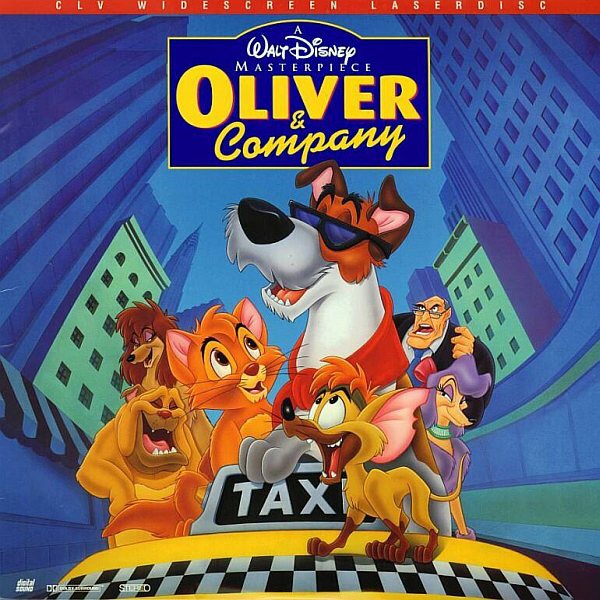 Coming in at number one is in my opinion the most underrated Disney movie of all time! Disney’s Meet the Robinsons, which was released in March 2007, has a great plo, is filled with wonderful characters and outrageous ideas. It also has some of the best quotable movie lines. Meet the Robinson’s main message is to “Keep Moving Forward” and never give up. It also teaches about the importance of forgiveness and embracing your family no matter how strange they are. Meet the Robinson’s follows Lewis a child inventor and his quest to create a machine that allows you to see the past.

When a ‘bowler hat guy’ sabotages his invention, Lewis is visited by a kid from the future who tries to convince him to not give up. The story is wild and crazy and one you can watch over and over!  It’s a great movie and the most underrated Disney movie of all time in my opinion. 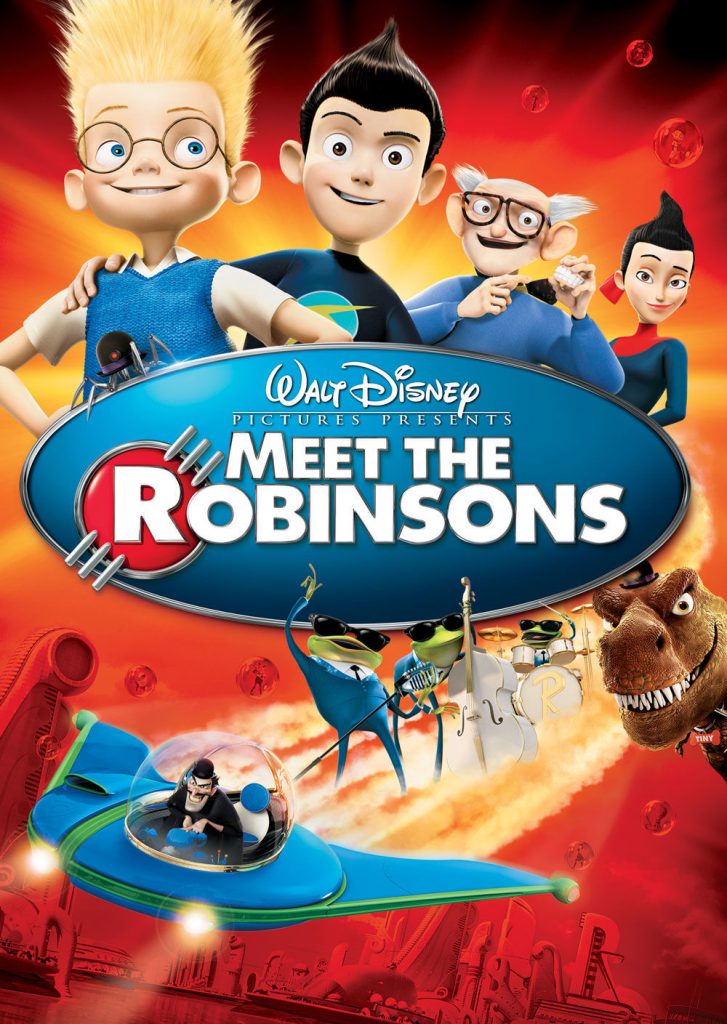