May the 4th Be with You

If you’re a Star Wars fan, I needn’t explain the importance of today. Wookies, droids, and humans in galaxies far and wide have appropriately deemed today, May the 4th, as the official Star Wars holiday. Why May the 4th? Well, it’s the one calendar date we can spin effortlessly into sounding like a phrase coined on Alderan. Read this aloud: “May the 4th be with you”. Got it? Now go back and really read it aloud! When said, the phrase sounds quite the same as saying “may the force be with you”, just like the characters in Star Wars when they wish each other good fortune. 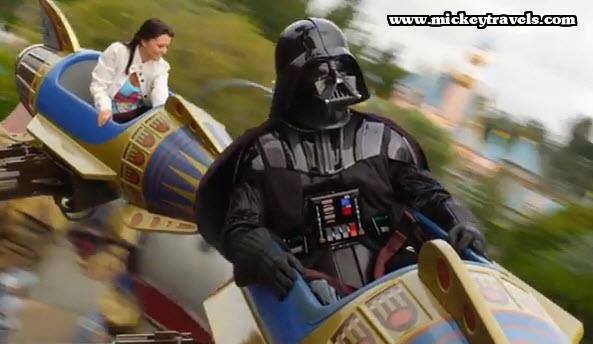 I’ve planned which Star Wars shirt I’d wear today a week in advance and I am so, so ready to celebrate the fantastic franchise after I’m finished working. It pains me that I’m not spending the day at the parks, but Episodes 4-6 are waiting for me at home next to a bag of movie theatre popcorn, so I’m not too sad. This year, May the 4th falls on a weekend day which gives me the perfect excuse to extend the celebration for 3 consecutive days. MickeyBlog has some fun ideas for you and your family to make this Star Wars weekend out-of-this-galaxy awesome- both from the parks and from your couch.

A Long Time Ago In A Galaxy Far, Far Away…

…I spent May the 4th at Walt Disney World. I had a fantastic time in Hollywood Studios posing for pictures with Chewie, hunting down some galactic fuel, and picking up the newest merch on Sunset Boulevard. If you’re in Walt Disney World, you should set your sights on Hollywood Studios where Star Wars lives! The Launch Bay is where you’ll have the chance to step into the space saga and blast off on the Millennium Falcon with Chewie, encounter Kylo Ren, and get a peek into the everyday life of a droid when you pose for a photo with BB8. 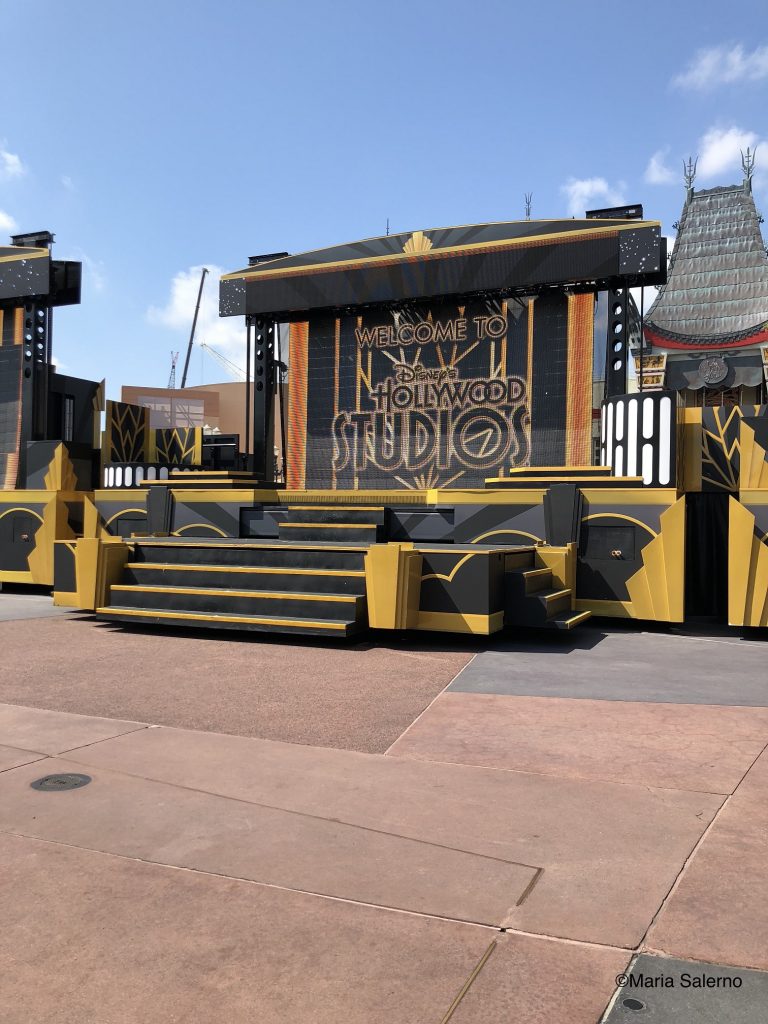 Don’t forget to check out Star Tours: The Adventure Continues in the back section of the park. Did you know that you can ride 3 times in a row and never have the same experience? There are many variations of the on-ride film, so keep your eyes open and try to spot the differences each time you ride! While you’re in that section of the park, you can watch young Jedi hopefuls take the Trials of the Temple- and if you’ve got a young Padawan with you- he or she can sign up to take part in the show! Even if your child isn’t planning on performing, this is one of the 2 spots you can see Vader…the Empire warns you to not miss your chance. The other chance you have to encounter the villain of all villains is in the show that takes placemultiple times a day in front of the Chinese Theatre; time it just right and you might also see Captain Phasma leading her battalion of Storm Troopers through the park too!

May the Fork be With You

In my opinion, great snacks are the best way to celebrate every and any special day- May the 4th included! If you’re one of the lucky members of the Rebellion called upon to spend the day at Hollywood Studios, you have plenty of options to choose from to keep yourself full and focused on defeating the Empire! It’s not widely known, but the Backlot Experess is the eatery to choose for Star Wars eats. With items like Galactic Chicken Salad and Dark Side Chicken and Waffles, even the pickiest of Jawas will find something they’ll enjoy on this large menu. Whatever you do, do NOT leave without picking up one of the Darth Vader chocolate peanut butter cupcakes! They’re themed to the max while still holding the honor of being the best cupcake I’ve ever eaten at Walt Disney World. Chewie on that! 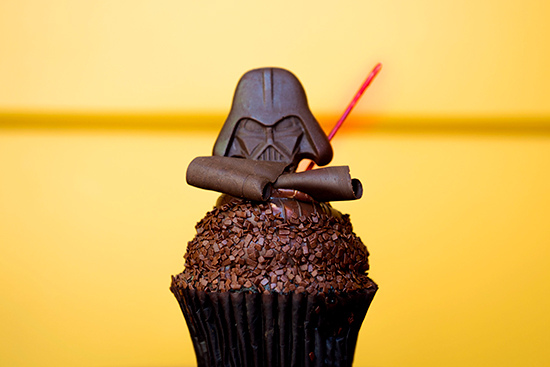 All of us would much rather be spending the day in the parks than at work/school- but just because we aren’t at Hollywood Studios doesn’t mean we can’t get in on the fun! In fact, being home for the holiday makes it that much more customizable, and I’m planning to make some treats to go along with my popcorn for my at-home movie marathon!

Lightsaber pretzel rods are a really easy and perfectly themed treat to make for May the 4th, and the best part is that the whole family can get involved! All you need is some white chocolate, food dye, and pretzel rods and you’re almost ready to engage in battle! Separate the chocolate into two bowls and melt each in the microwave. Then, add a drop of red food dye to one bowl and blue to the other, stirring until combined. Call upon the kid-o’s to help you with this next part: dip the rods ¾ of the way into the chocolate, leaving some pretzel exposed for the lightsaber ‘hilt’. 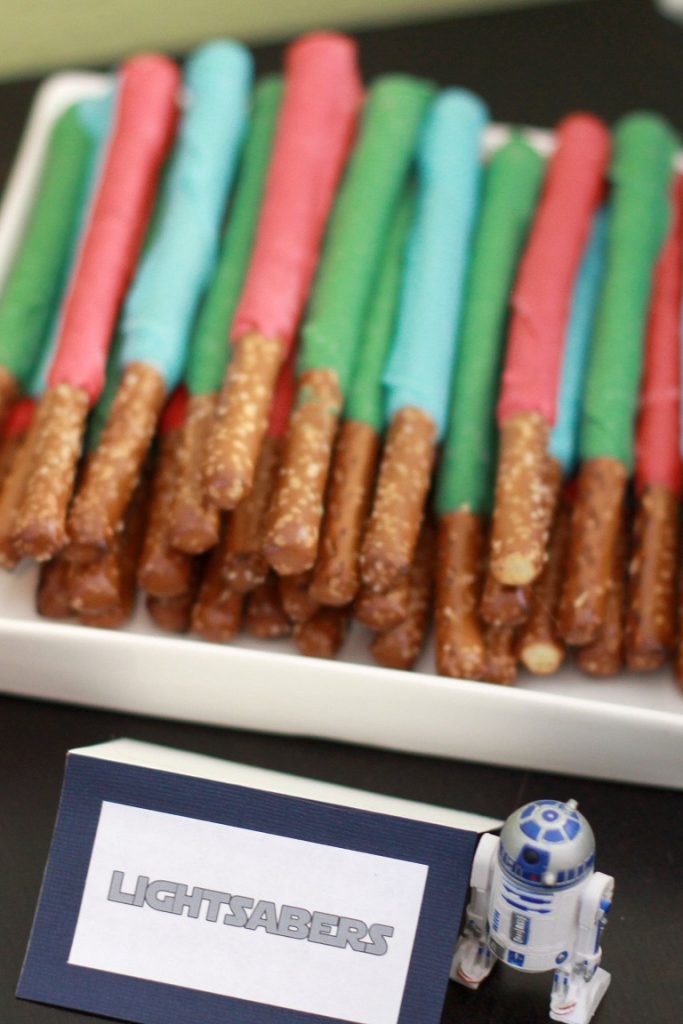 Are you a Star Wars toy enthusiast? What about your child (or husband)? I’ve accumulated more than my fair share of character toys through the years, and I’m calling upon my Han Solo figures to help me out with this snack…Han Solo frozen in Carbonite! I mean, Jello! I’ve made this one before, and blue or clear gelatin work the best for the ‘carbonite’ effect, but any flavor will look cool! All you have to do is make a packet of Jello, pour half into a cake pan mold and chill until set, reserving the other half of the packet to make later. 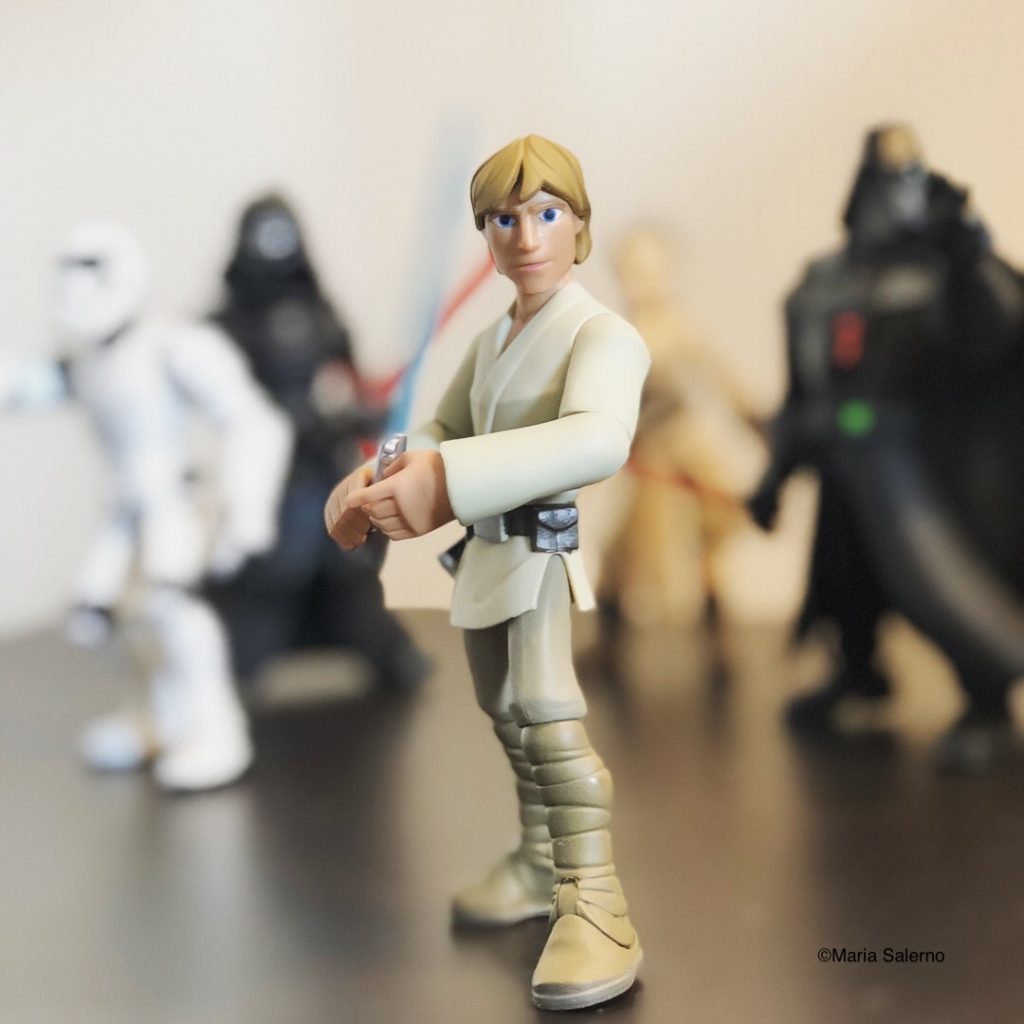 Once set, it’s time for Han to go in! Place the Han figure in the center of the hardened Jello before pouring the other half to cover him. Chill for another few hours, and you’ve got yourself an easy and fun Star Wars snack that will pair perfectly with your movie of choice? Speaking of…which one will you watch? I’m thinking Return of the Jedi, how about you? Let me know in the comments below!

Special thanks to Maria Salerno for writing this article:  Hiya pal! I am a NYC-based writer/musician thrilled to be bringing you all things Disney! I’m a WDW Annual Passholder, so you can find me in the parks regularly throughout the year. In addition to being a Disney Parks loving girl, I’m also a Disney toy and merchandise collector, a runDisney enthusiast, and Disney music and movie aficionado. You can follow me on Instagram: NYCtoAP and find me on YouTube: NYCtoAP. Thanks for reading, hope to see ya real soon