Our MickeyBloggers are at EPCOT today, where Disney fans are out and about in full force. As a result, the New Year’s crowds are creating some unusually long lines, especially at The Seas with Nemo & Friends!

This gentle Disney ride, based on Pixar’s Finding Nemo, takes Guests on an adventure under the sea. Hop onboard a clamobile and head into the ocean to visit some of Nemo’s friends! Bruce the shark is there, as well as Crush the sea turtle. But, Nemo is missing again!

Keep on swimming and be on the lookout until you find him. After the ride, make sure to check out SeaBase, an aquarium featuring fish, sharks, and more! Guests can also participate in a Scavenger Hunt on a mission to help Dory. Pick up a complimentary booklet at the exit of The Seas.

Last time we checked, The Seas with Nemo & Friends had a 55-minute wait. Our MickeyBlogger noticed the line wrapping around to Coral Reef Restaurant. Let’s take a closer look, so you can know before you go!

A video from the attraction shows the lengthy line. 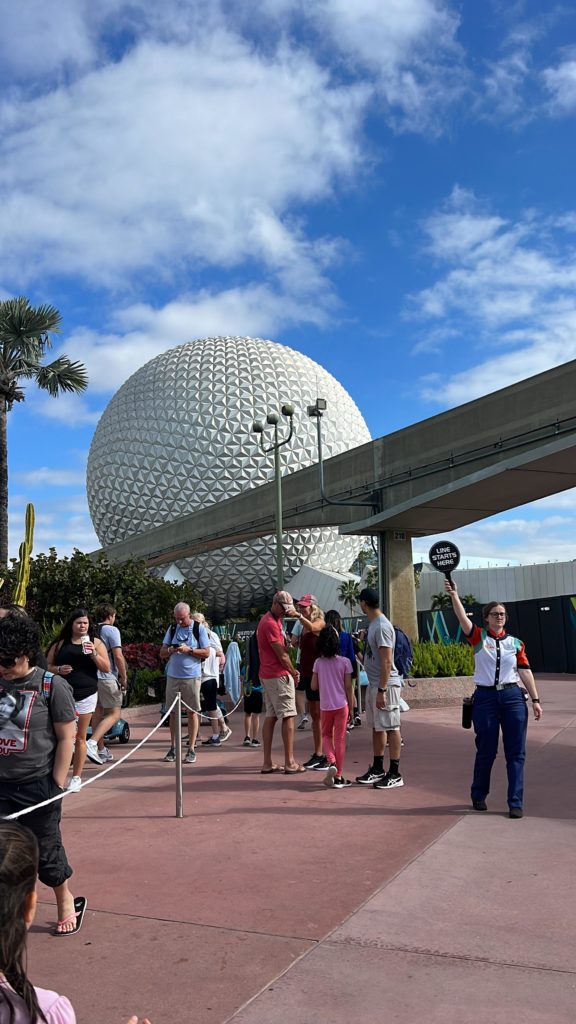 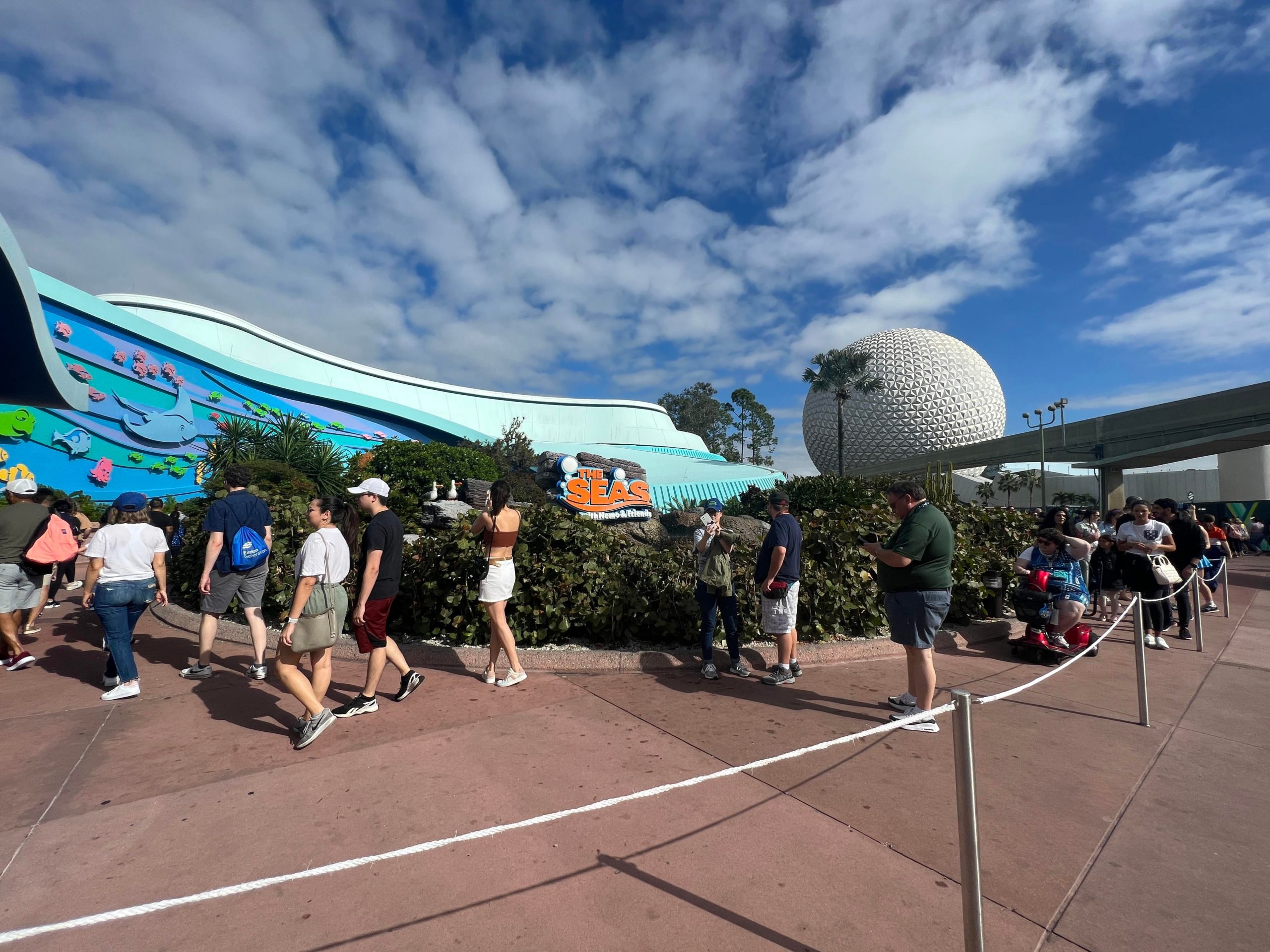 Our MickeyBlogger frequents the Park and has been reporting from Walt Disney World for years. He notes that this is one of the longest lines he’s ever seen at The Seas with Nemo & Friends! 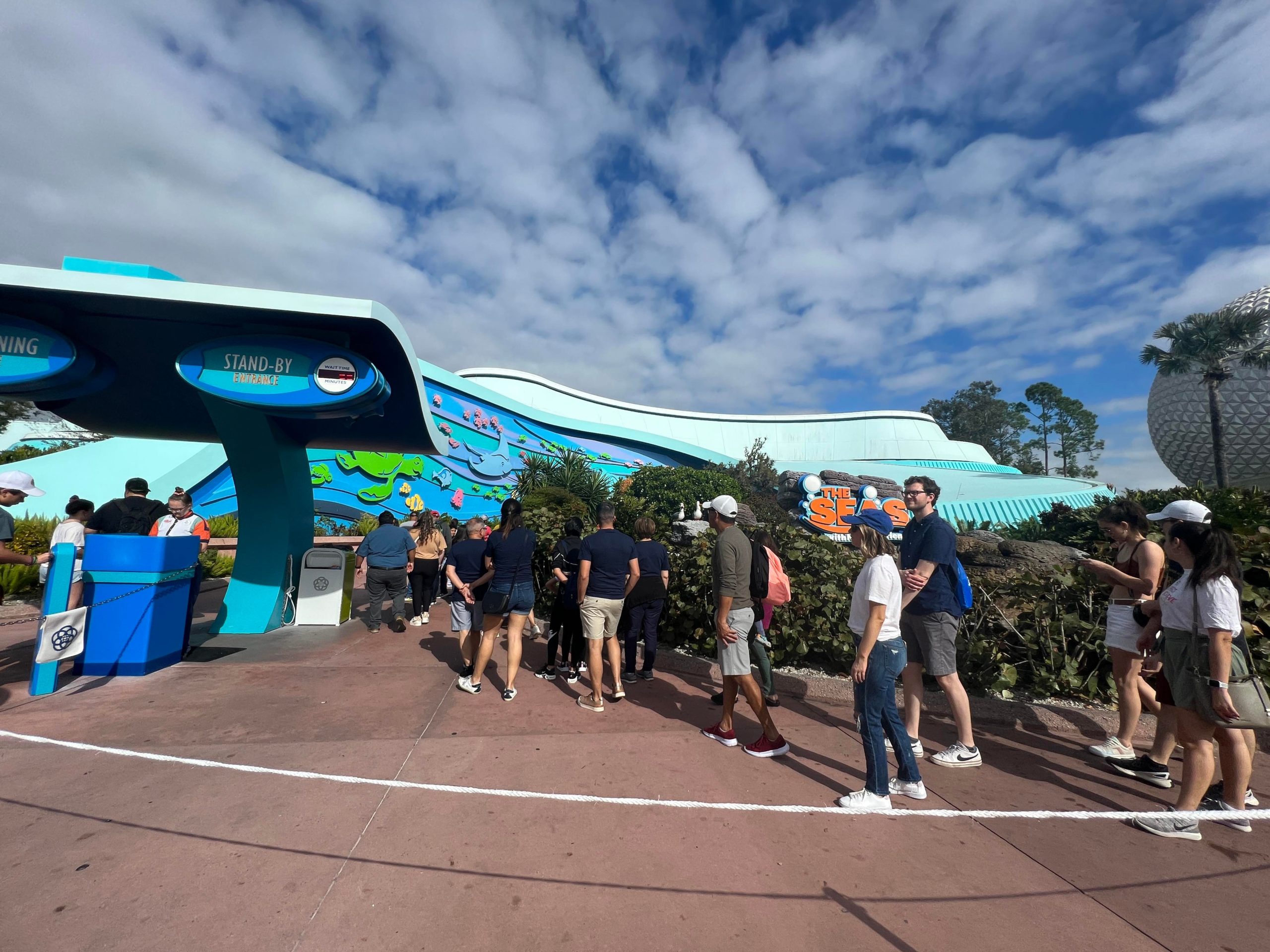 Typically, the ride doesn’t see longer than a 20-minute wait, if that! 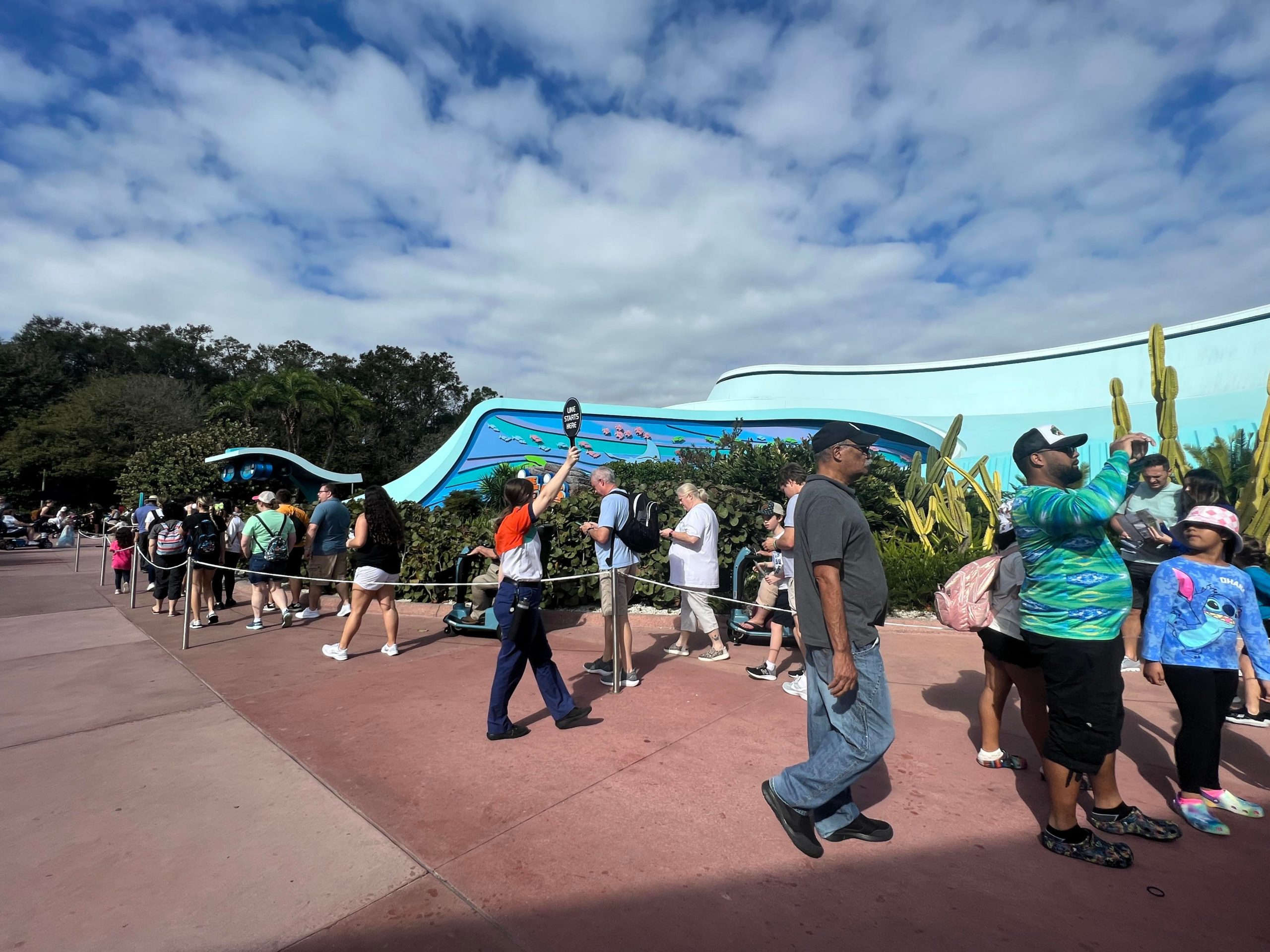 It seems like everyone is anxious to get back to the Parks after the holidays. 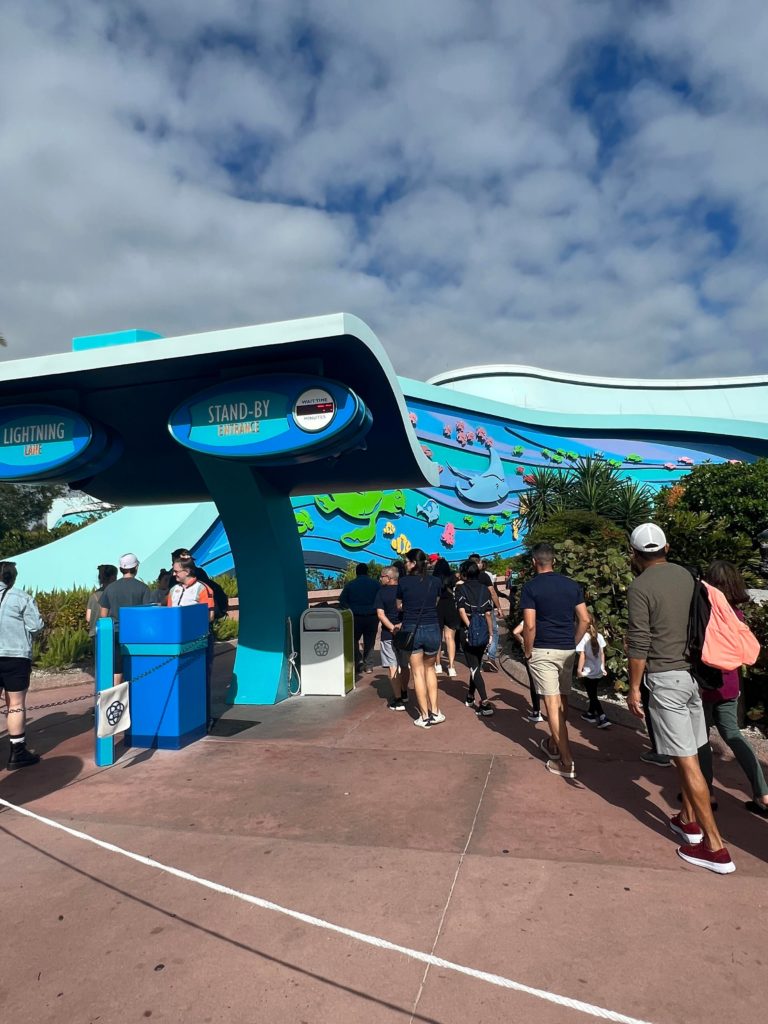 The crowds could also be a result of the runDisney event, Walt Disney World Marathon Weekend 2023, starting tomorrow. If you’re planning on heading to EPCOT for the New Year, be aware that there are some unusually long lines, even for typically tamer rides such as The Seas with Nemo & Friends.