If you’re lucky enough to be visiting Disney’s Hollywood Studios this holiday season then it’s a great time to check out the For The First Time in Forever: A Frozen Sing-Along!  Not only is this sing-along version of the beloved Disney animated film a must -do for Anna and Elsa fans but it also gets a special ending for the holiday season featuring Olaf! 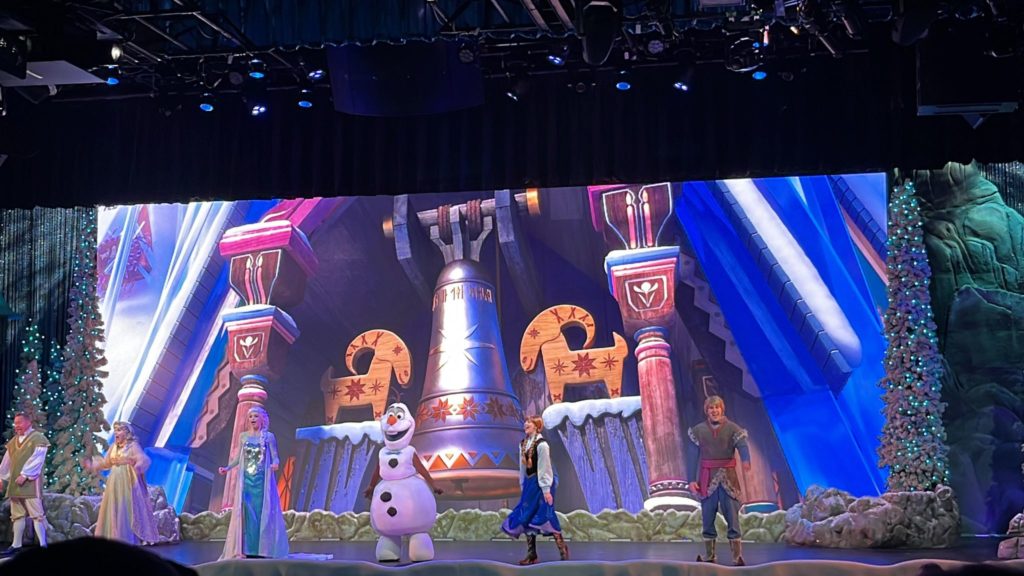 For those unfamiliar, the Frozen Holiday Sing-Along, features  the Royal Historians of Arendelle as they recount the frosty story of their enchanted kingdom.  Re-experience thrilling moments from the movie play out on-screen.  You’re sure to cheer as Anna, Elsa and Kristoff appear on stage to sing along with the audience! 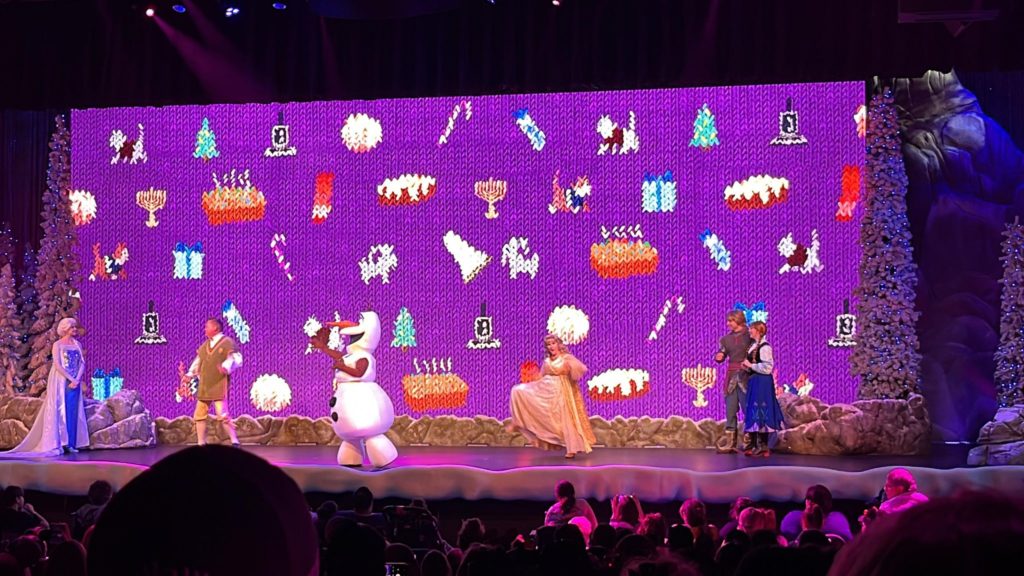 In addition, the final scenes have been given a fun holiday makeover. 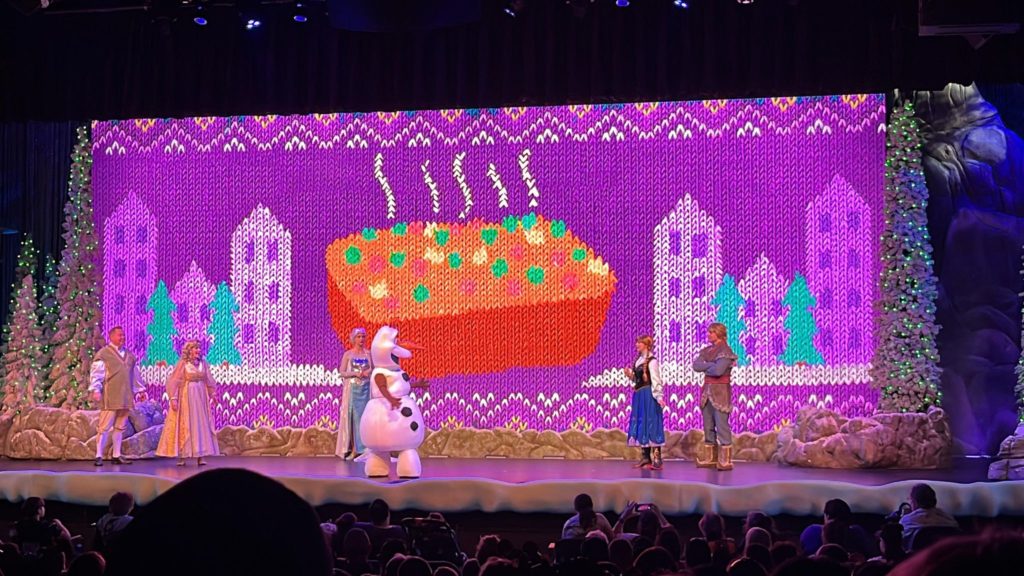 As you can see from these images, ugly Christmas sweater backdrops are now part of the show. 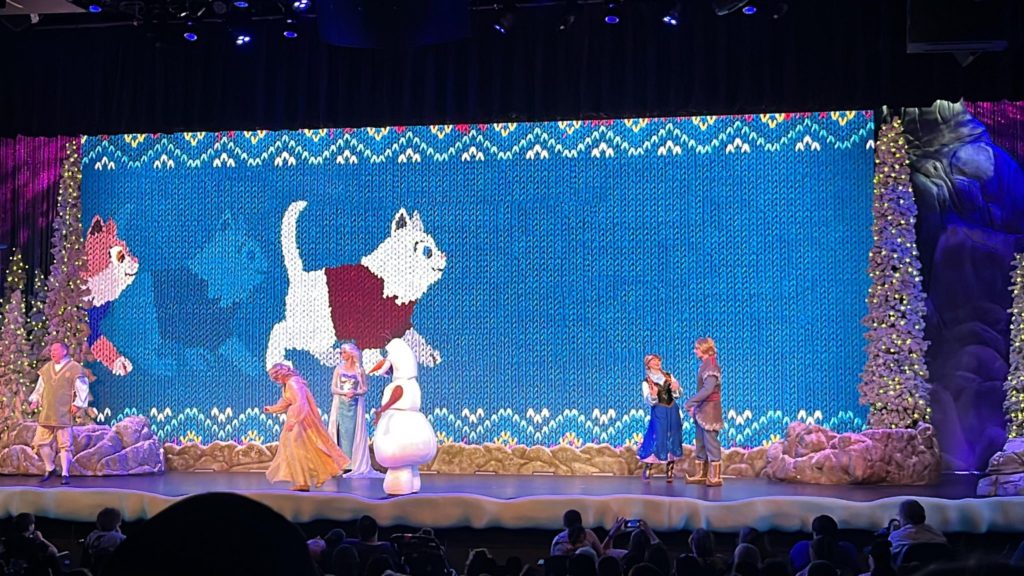 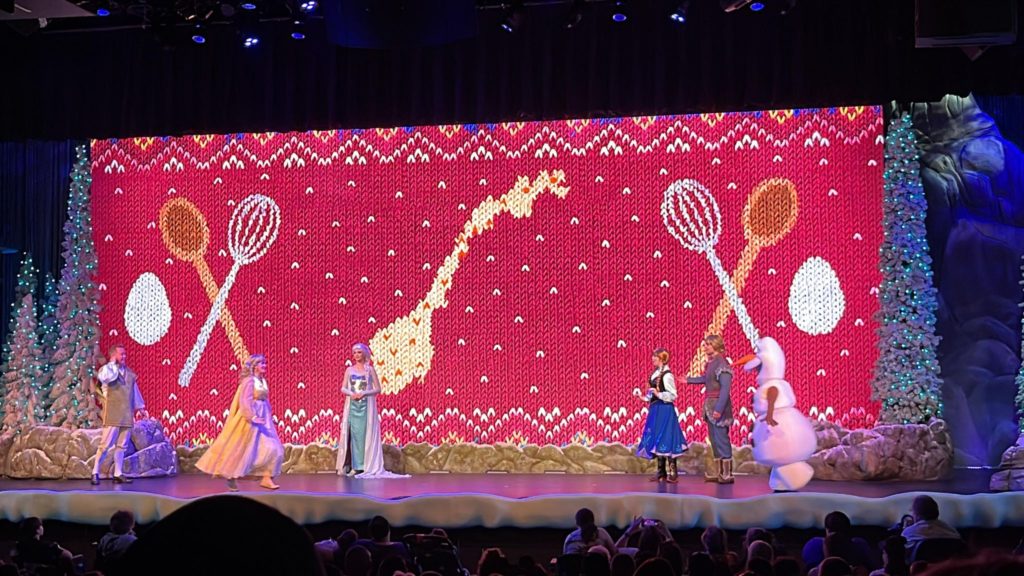 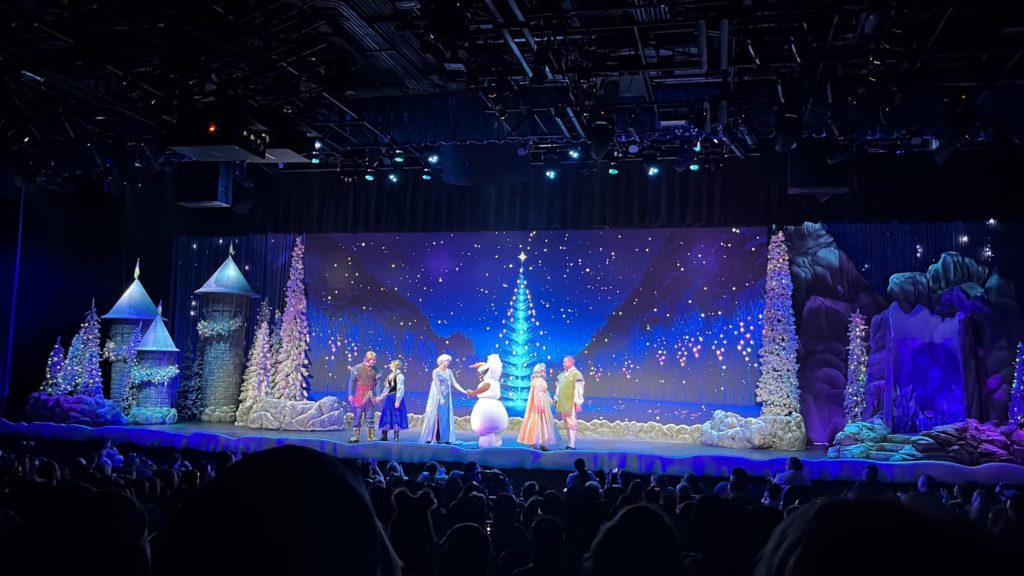 Our MickeyBlogger attended a performance of the Sing-Along yesterday. 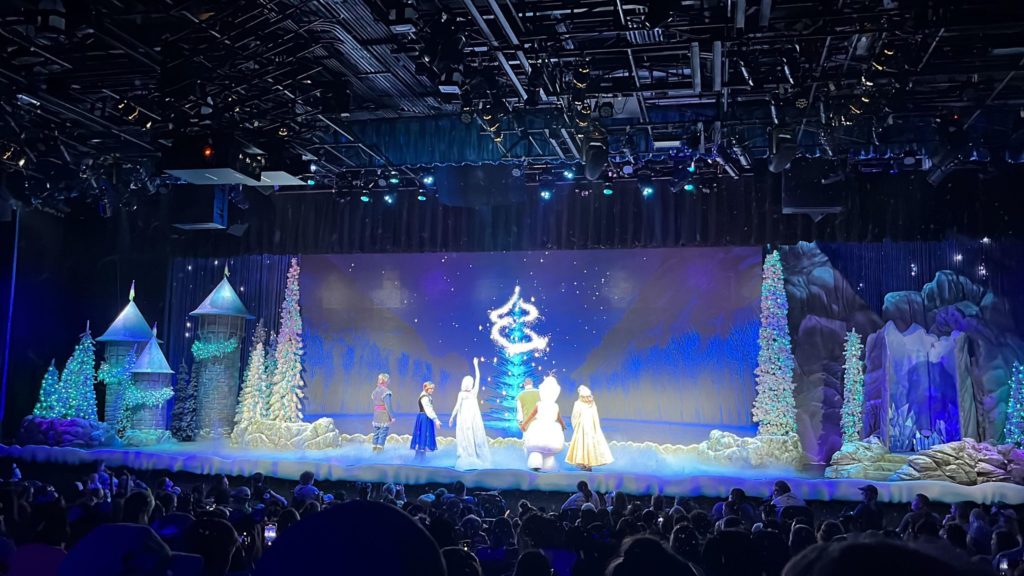 In these images, you can see a beautiful wintry backdrop. 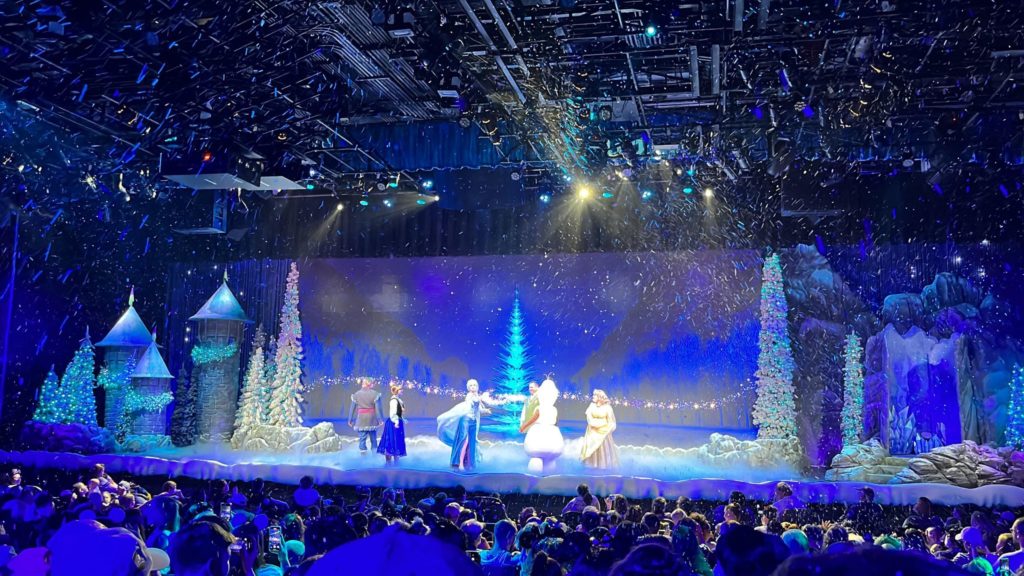 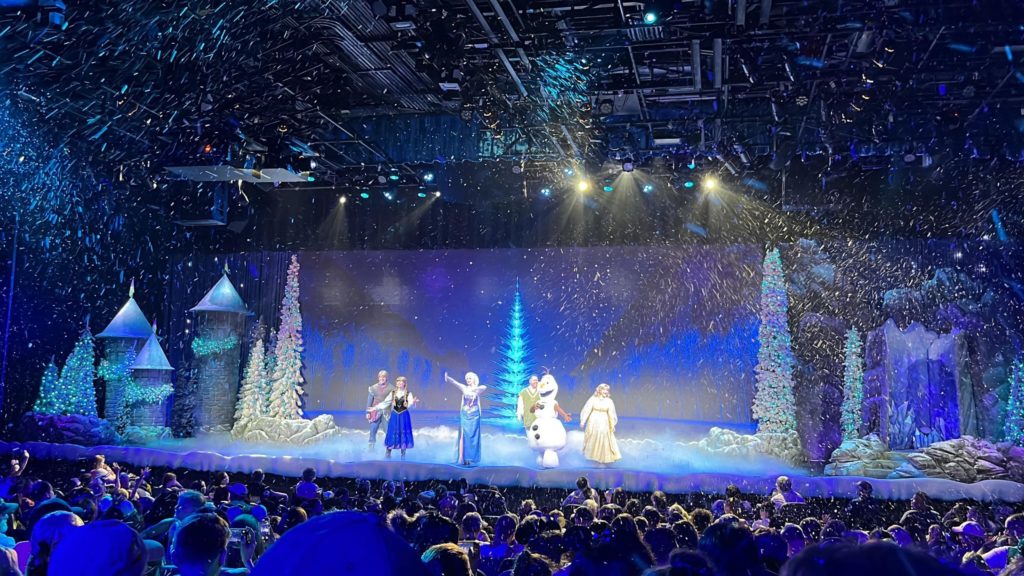 And, if you’ll notice Elsa even uses her ice powers to make it snow in the theater! 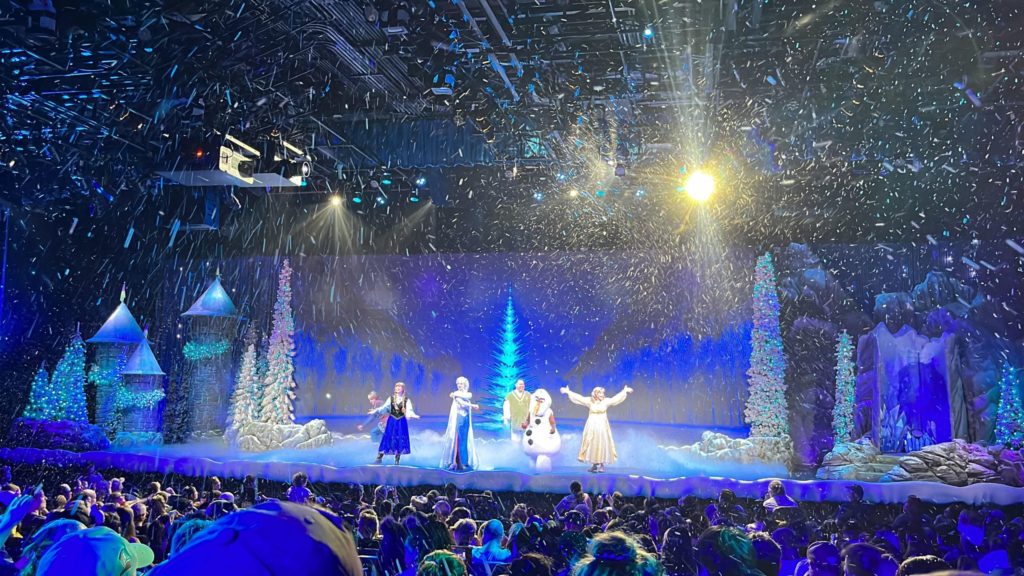 We managed to capture a couple of fun videos during the holiday finale.

Isn’t it adorable!?  You’ll definitely want to make it a must-do during your next Disney visit.

We’ll be coming to you LIVE from the theme parks each and every week.