The sequel to Enchanted debuted on Disney+ earlier this month, and Disney World is celebrating! Fans can get a behind-the-scenes look at Disenchanted‘s costumes in a window display at Disney’s Hollywood Studios!

I don’t know about you, but I love looking at the costumes from a film, especially when it’s a Disney production! Our MickeyBloggers are in the Parks today and observed this display at Walt Disney Presents. 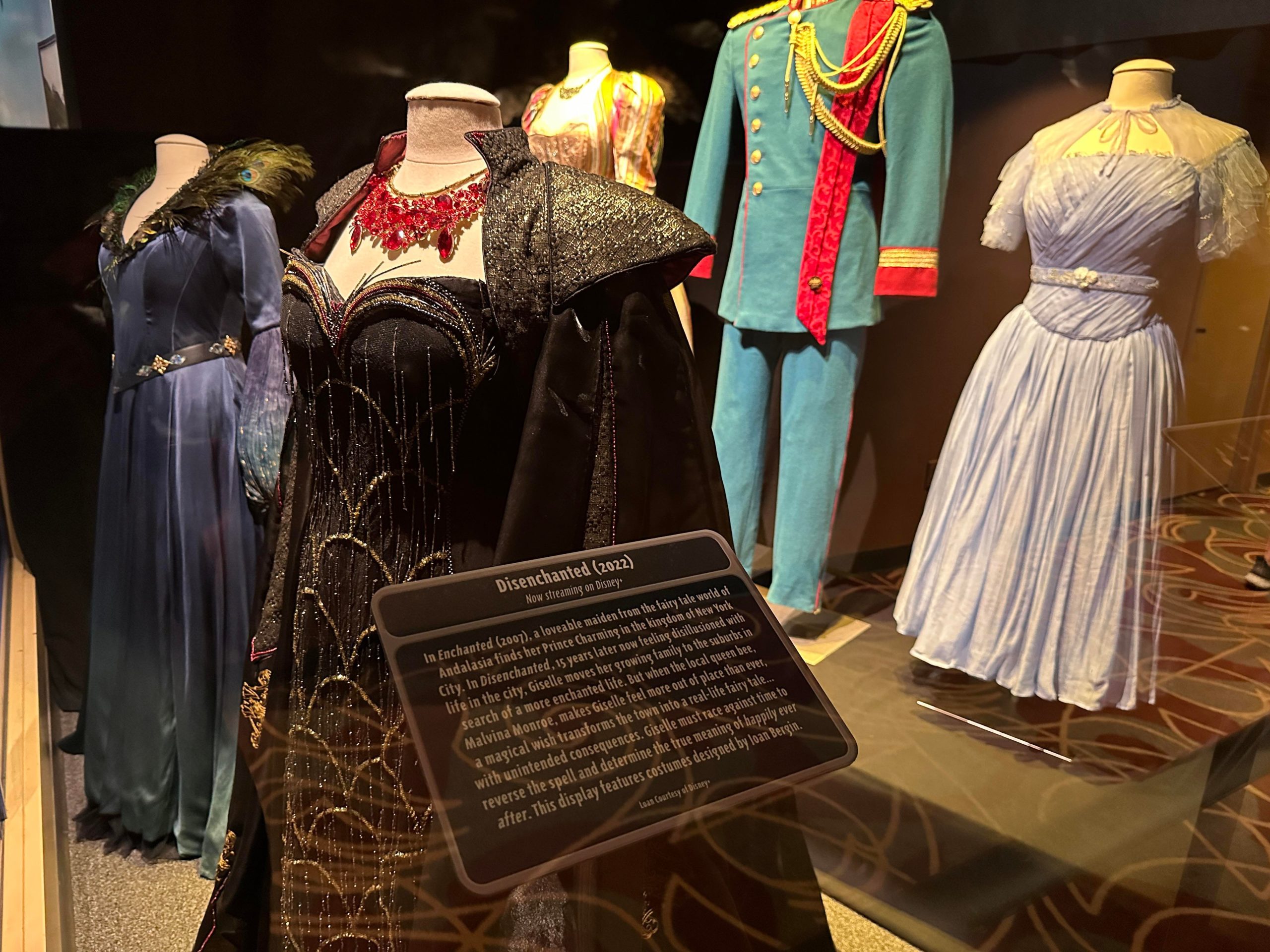 Outfits from five of the movie’s main characters are showcased in the window. There are also plaques that offer further information about the film!

Let’s take a look at the stunning apparel! 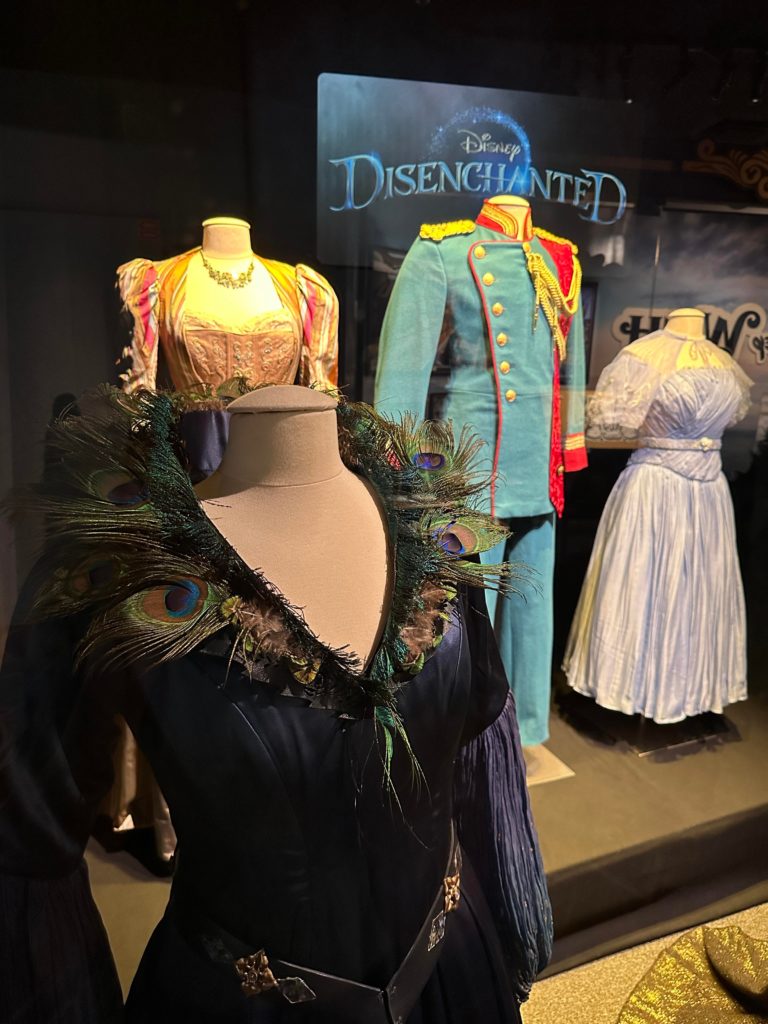 This dress was worn by Giselle, played by Amy Adams. I remember the gown distinctly because the color was striking, although it’s a bit hard to see in this dim lighting. 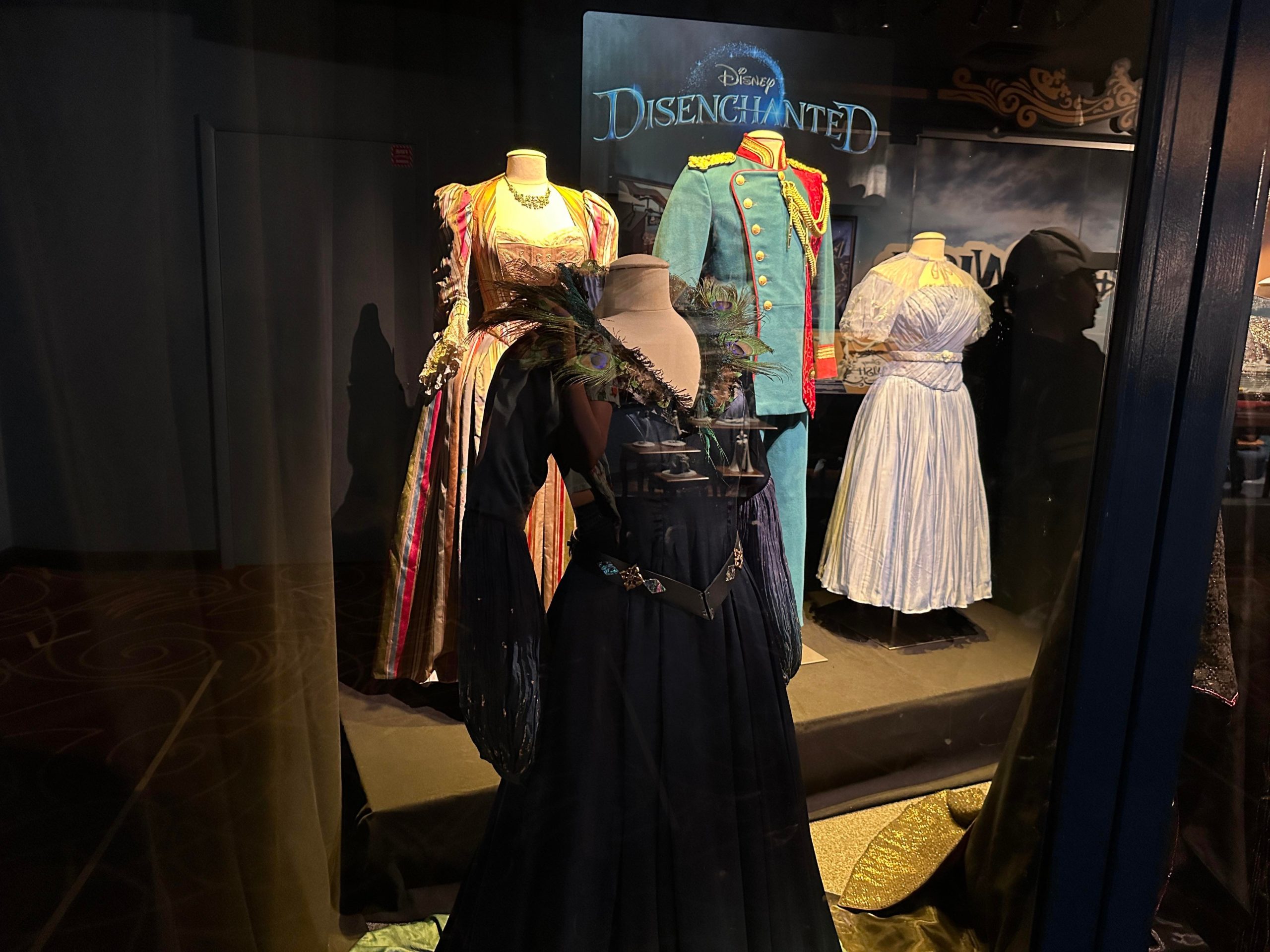 The peacock feathers are a nice touch, adding to the villainous twist of the character’s plot. Notice the back of the dress, which is elevated above the neck, giving an ominous appearance. 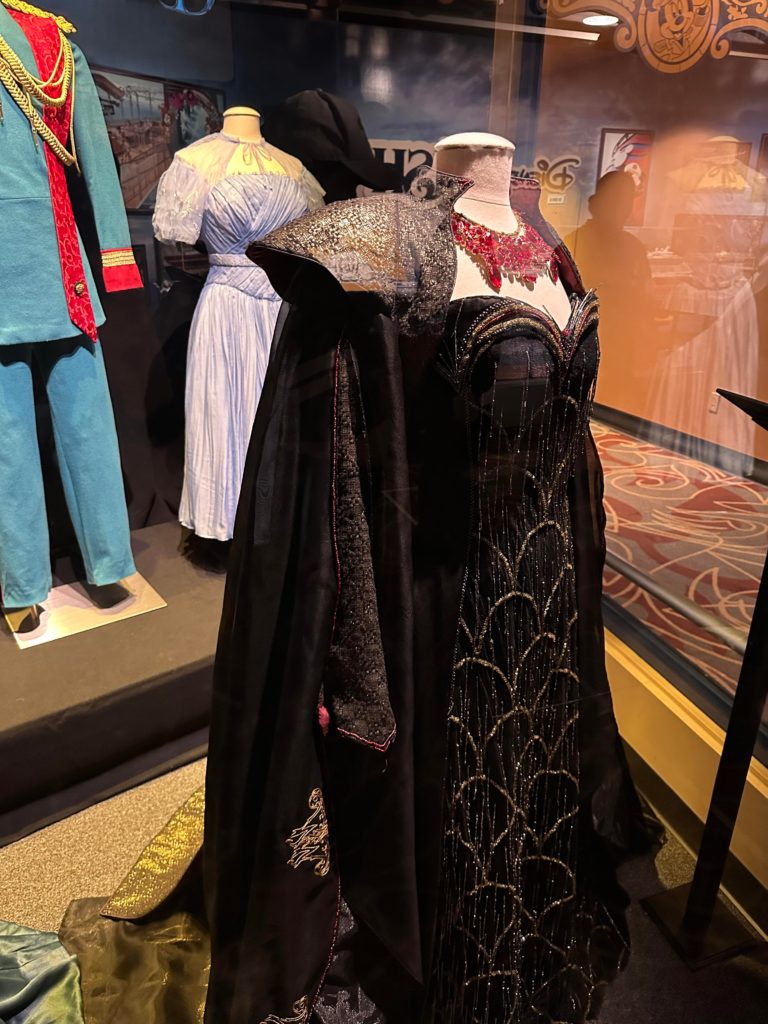 Next, we’ve got Malvina Monroe’s ensemble. Played by Maya Rudolph, this dark black number sends shivers up our spine! 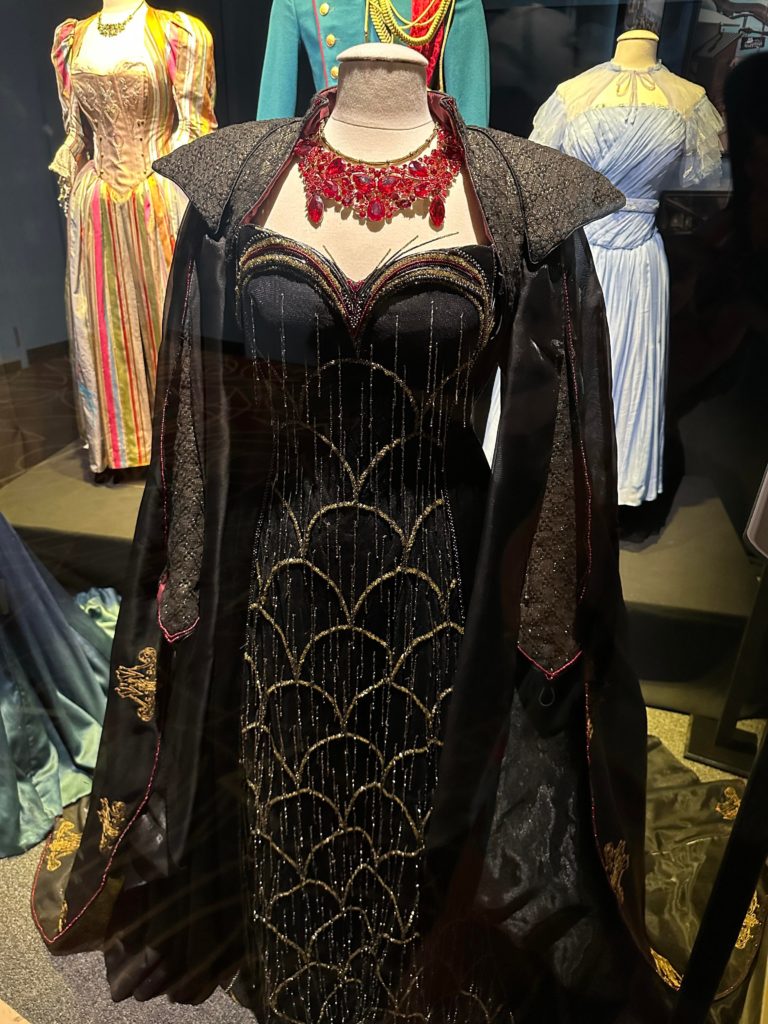 Notice the unique beadwork hanging freely from the main portion of the garment. An upside-down mermaid pattern completes the look, along with a cape and red necklace. 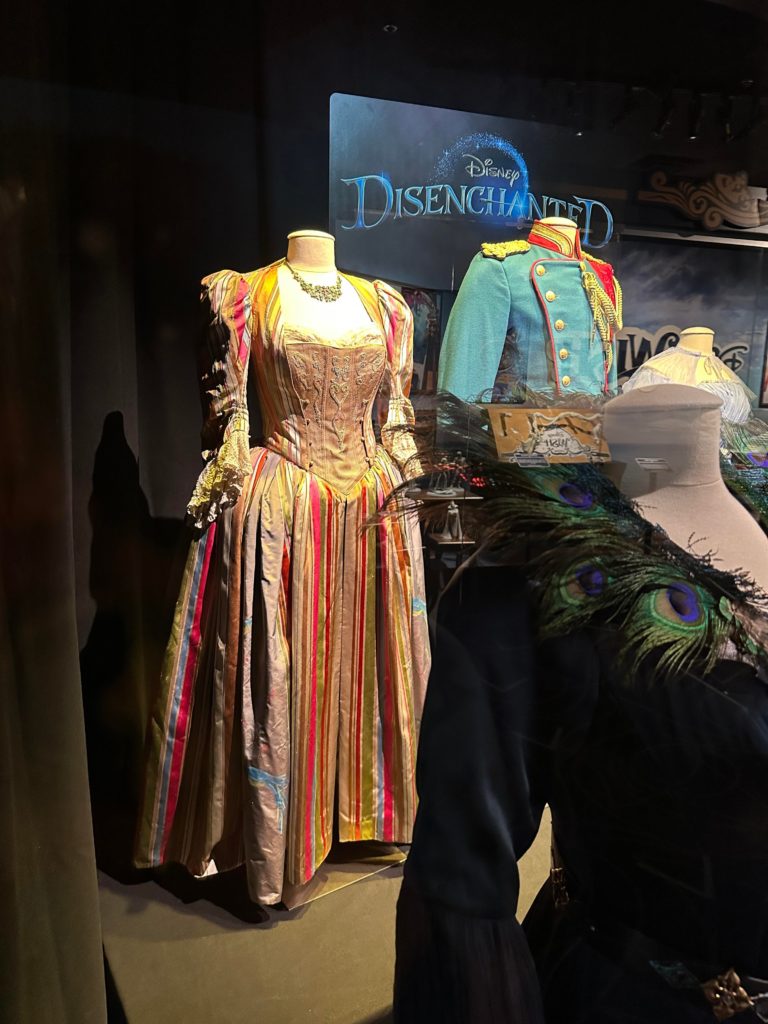 The striped ensemble matches perfectly with her personality, which is bubbly and warm. The pattern resembles candy of some sort, at least to me! 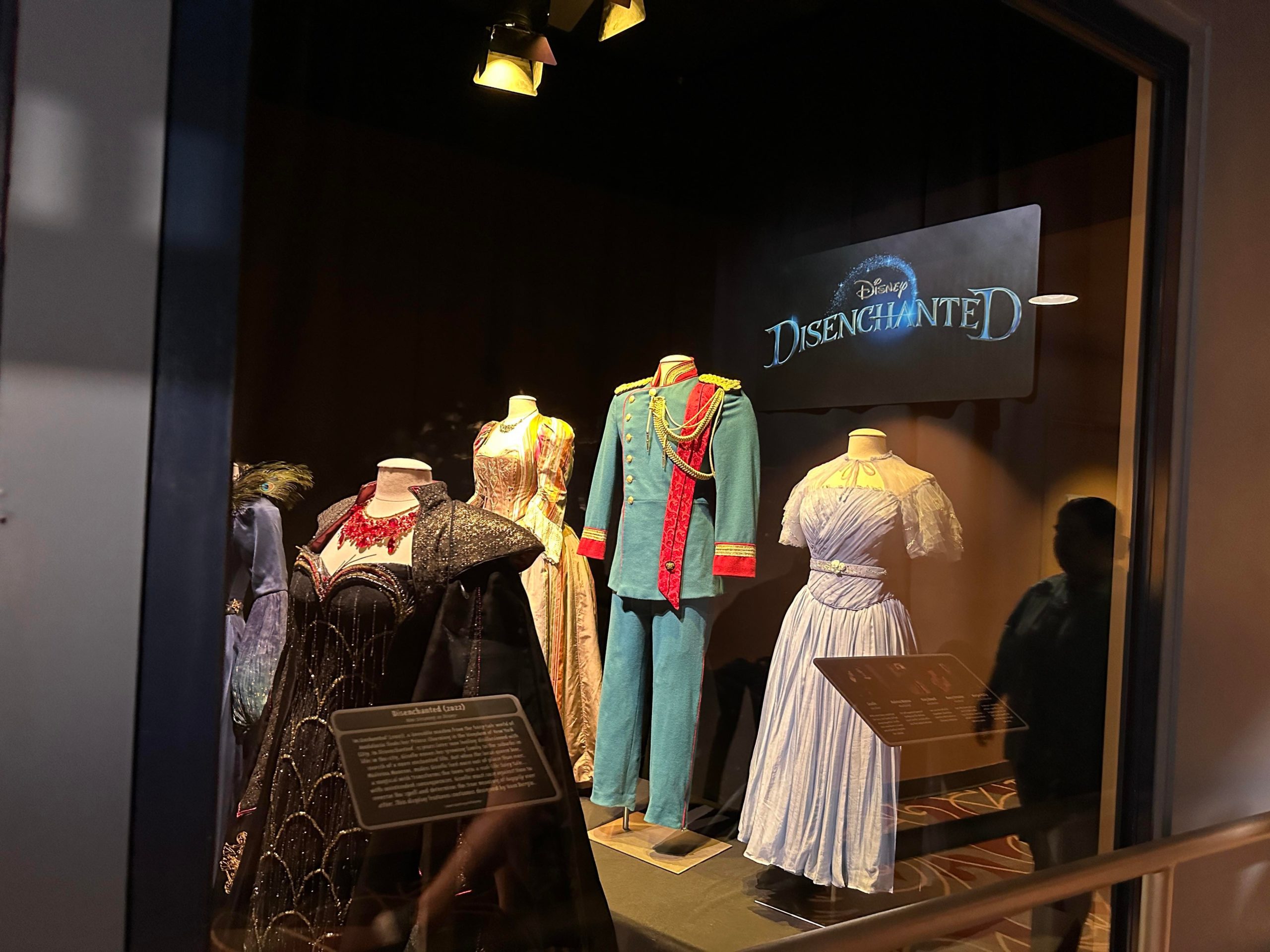 King Edward is next, and he is one of my favorite characters! Comically played by James Marsden, the hero is always bursting into song.

His well-meaning nature makes him extremely lovable. He’s also quite charming, with a voice that sounds beautiful in duet with Nancy’s. 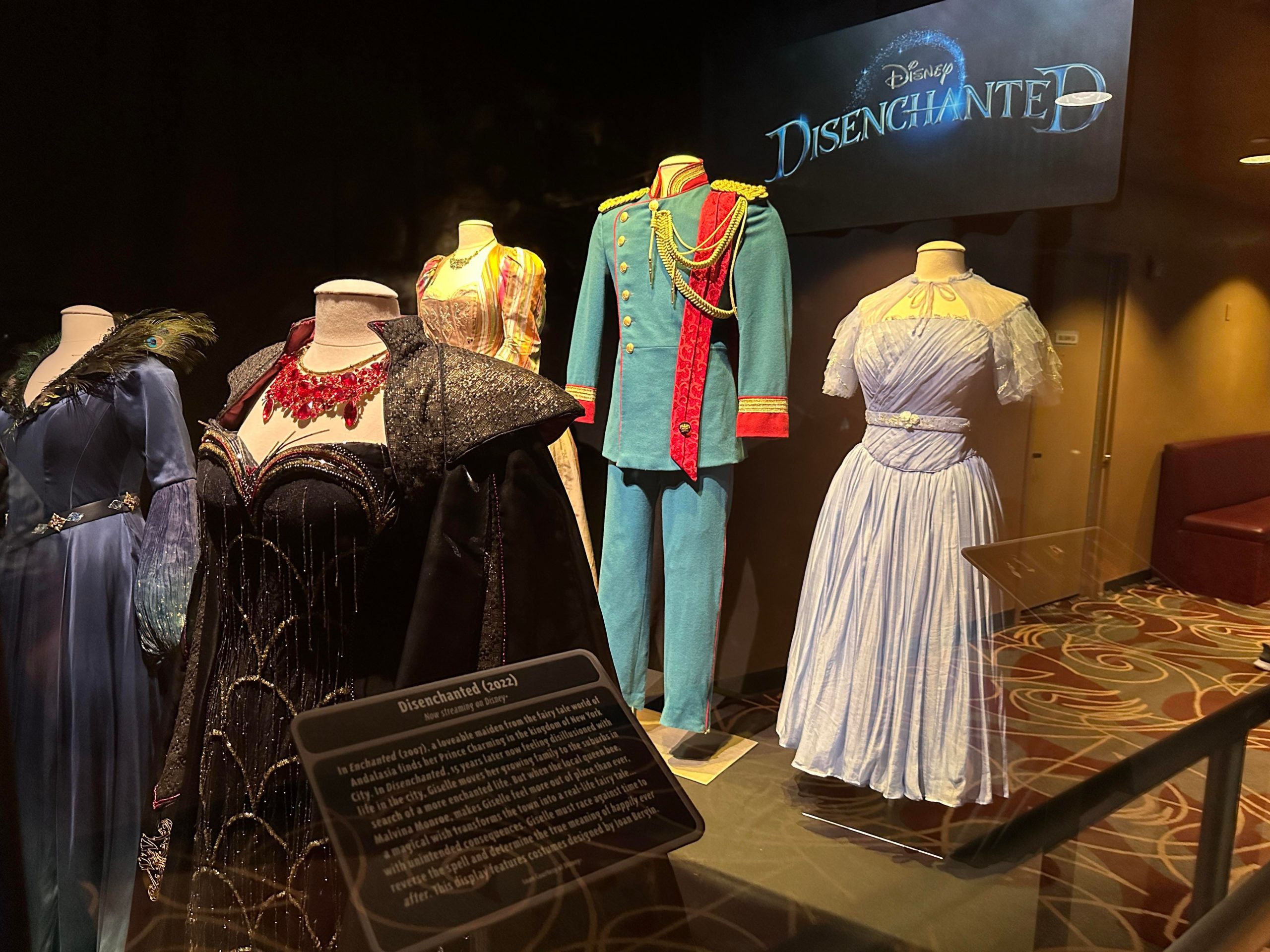 Finally, let’s look at Morgan Phillip’s costume. Giselle’s stepdaughter is going through her teenage years, and it’s putting a strain on their relationship.

Her dress consists of soft, purple hues, that are, well, enchanting! We love the fluffy sleeves and bow at the neckline. 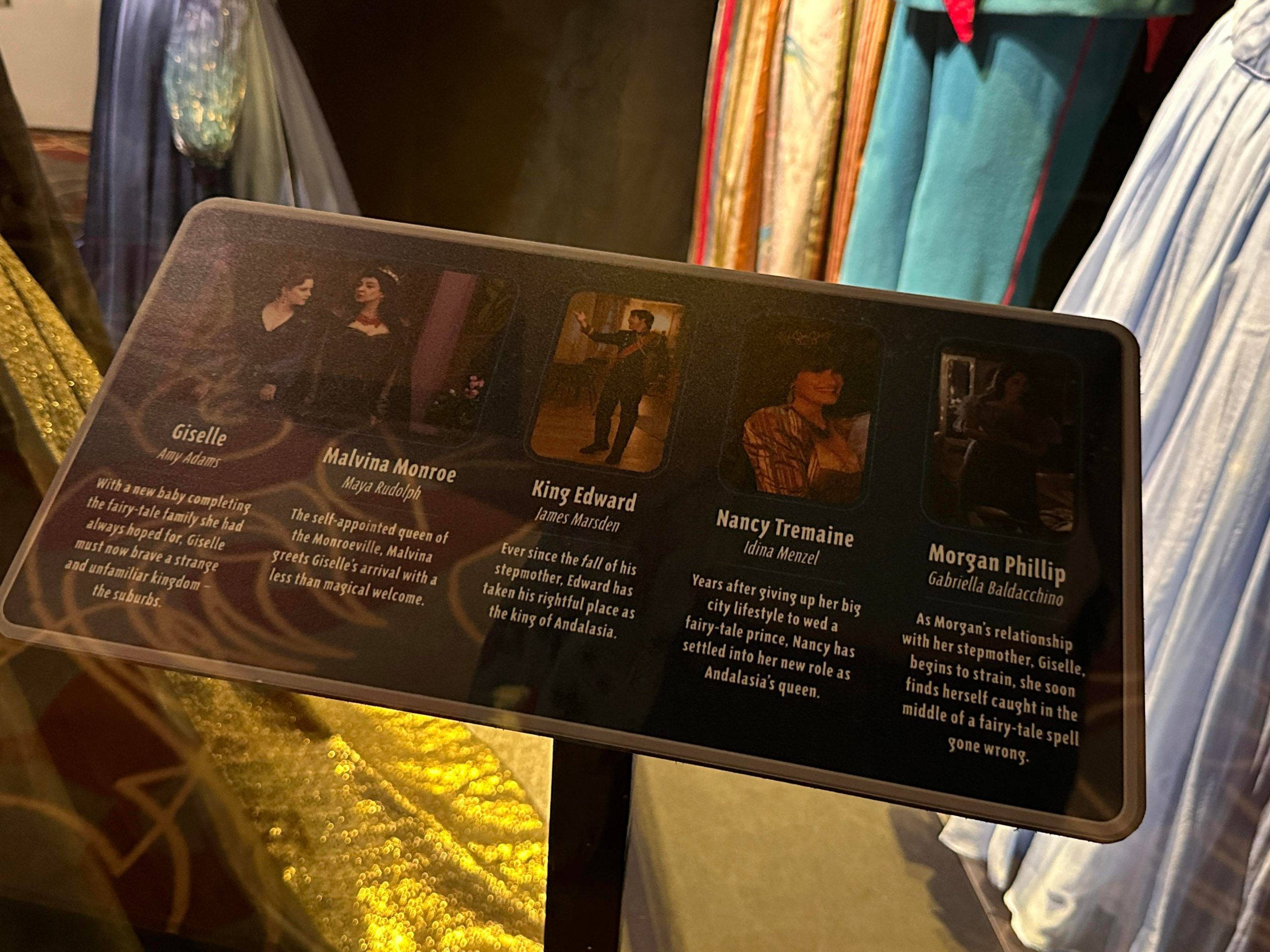 If you are unfamiliar with the characters, check out the plaque nearby for a quick rundown. 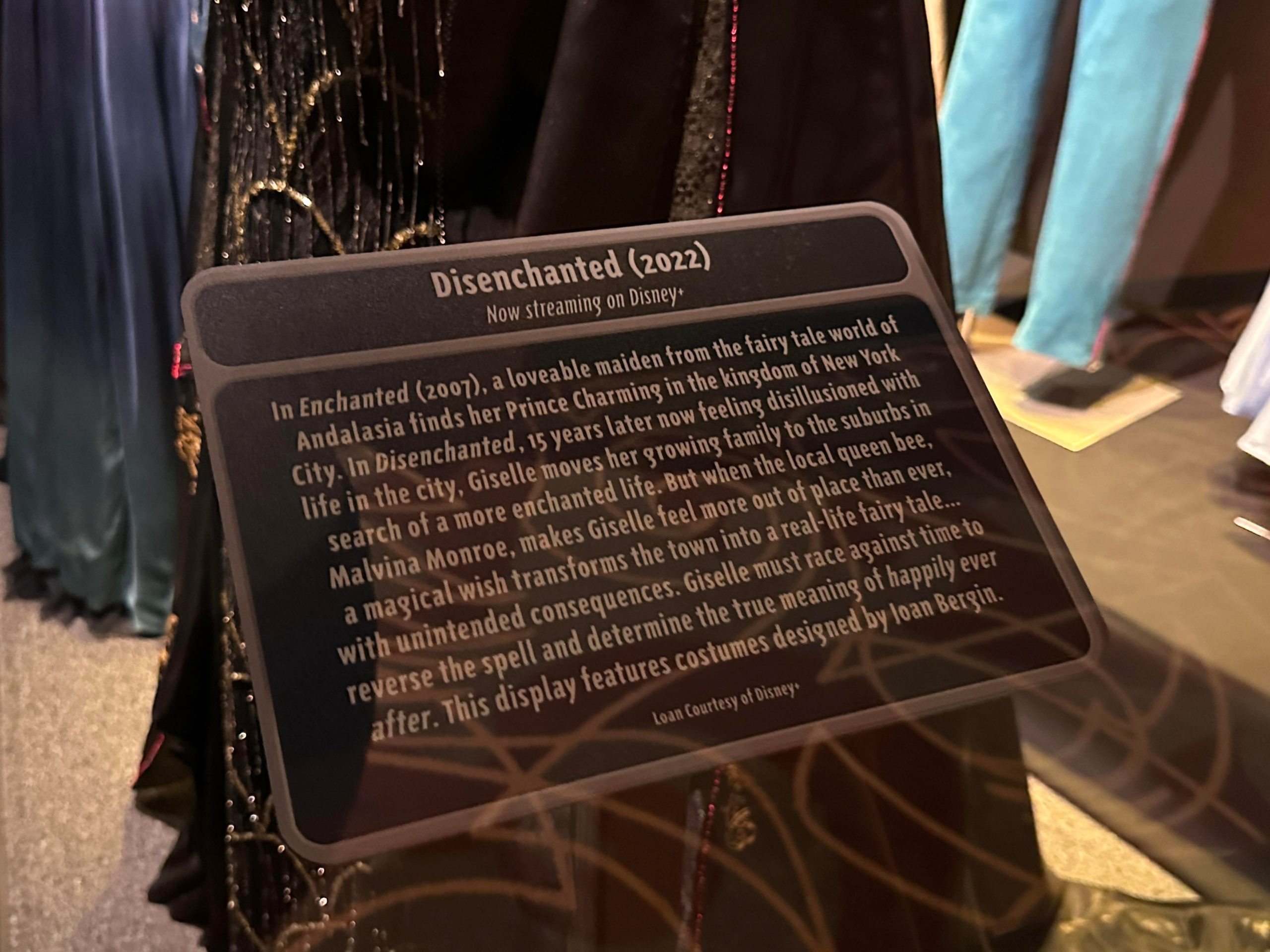 If you happen to be visiting Disney’s Hollywood Studios, make sure to stop by Walt Disney Presents, and check out the Disenchanted costumes on display!