Simu Liu came onto Disney fans’ radar after his epic portrayal of Marvel superhero, Shang-Chi. Last year, Shang-Chi and the Legend of the Ten Rings debuted to rave reviews.

Had an absolutely MAGICAL time narrating the Candlelight Processional at Disney World this past weekend!

Thank you to everyone who came, and ESPECIALLY to our tour guide Aaron, who went above and beyond for my friends and I all week. He is simply the best human. Seriously. pic.twitter.com/dlLnYXP7PT

In addition to being the 9th highest-grossing film in 2021, it set several box office records and received numerous nominations and awards. Critics raved about its choreography and action sequences, as well as the movie’s celebration of Asian culture.

Simu Liu is a Chinese-born Canadian actor. He’s also an author and stuntman. 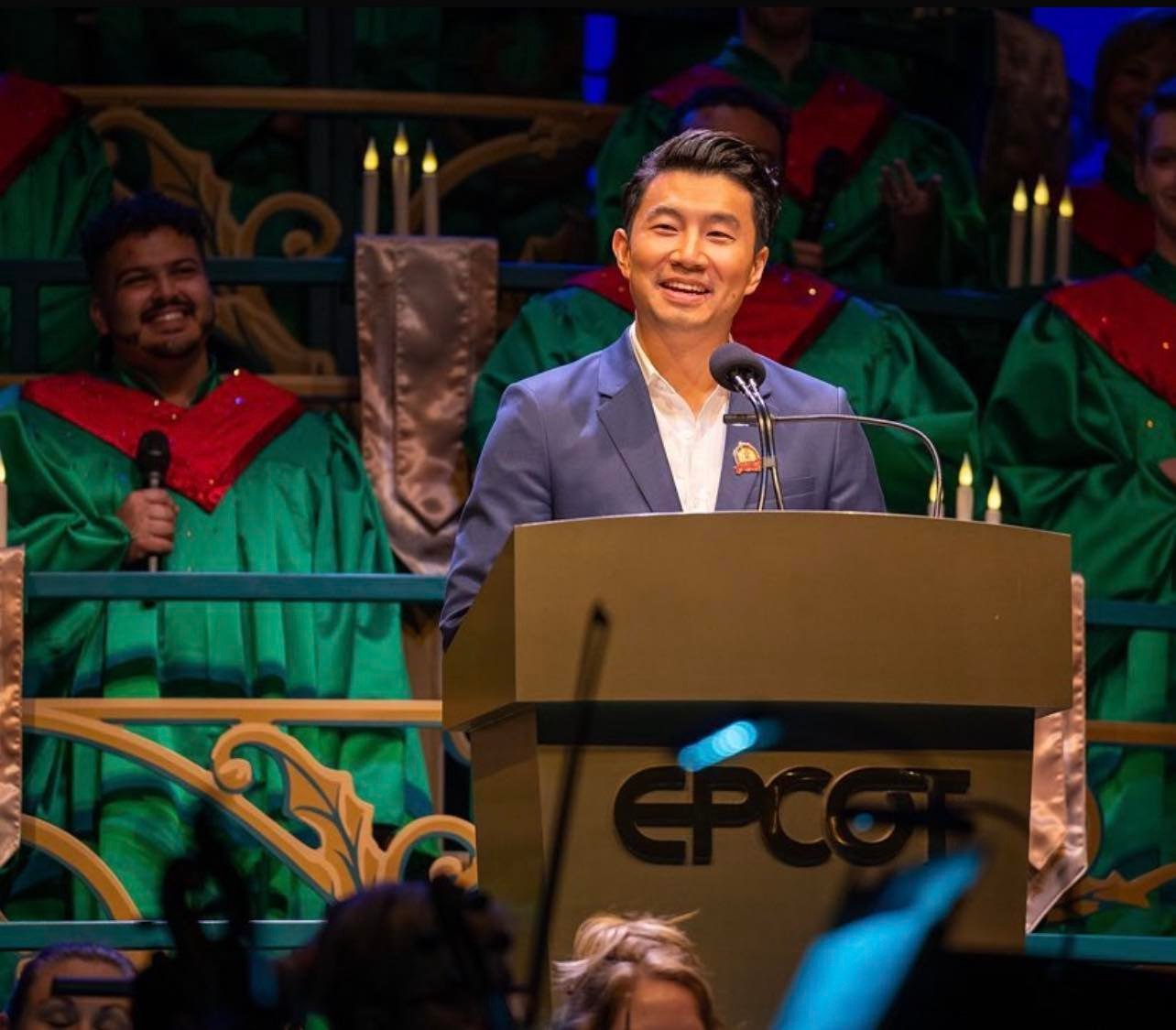 This year, Liu was named one of Time magazine’s 100 most influential people in the world! Yesterday, the actor took to social media to share about his first experience as narrator of Disney’s enchanting holiday event!

He stated, “Had an absolutely MAGICAL time narrating the Candlelight Processional at Disney World this past weekend!” Liu also expressed his gratitude to fans. 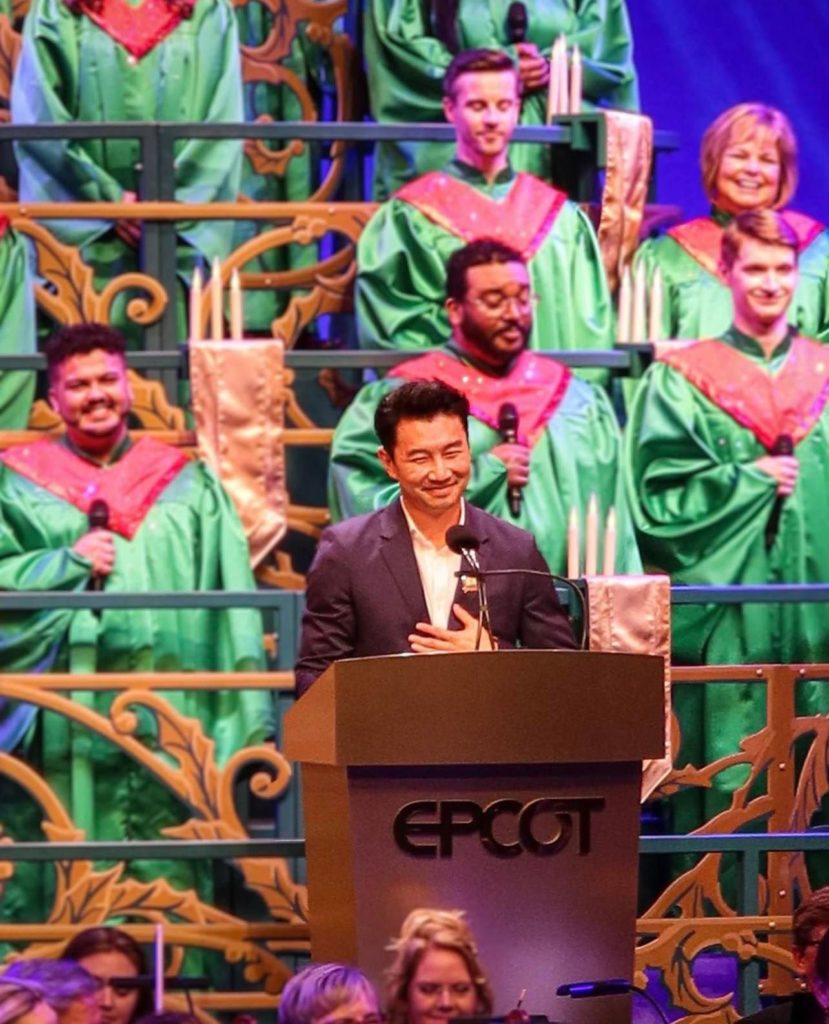 “Thank you to everyone who came, and ESPECIALLY to our tour guide Aaron, who went above and beyond for my friends and I all week. He is simply the best human. Seriously.”

Liu shared several pictures from the event, including one of him enjoying a meal with his friends! 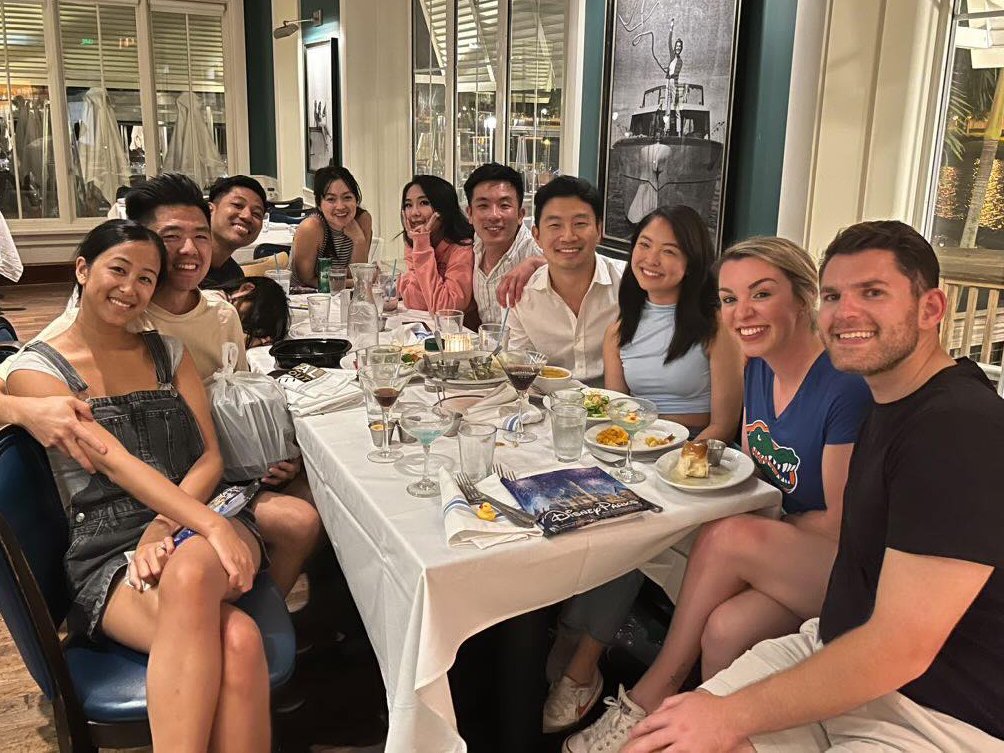 Part of EPCOT’s International Festival of the Holidays, the Candlelight Processional has been a staple at Disney World since 1971. It was first introduced during Walt Disney World’s inaugural holiday season at Magic Kingdom, later moving to Epcot in 1994.

Starting November 25, 2022, Guests will be treated to a reading of the Christmas story, by various celebrity narrators. Each night, a special guest recounts the Biblical tale, joined by an orchestra and massive choir. 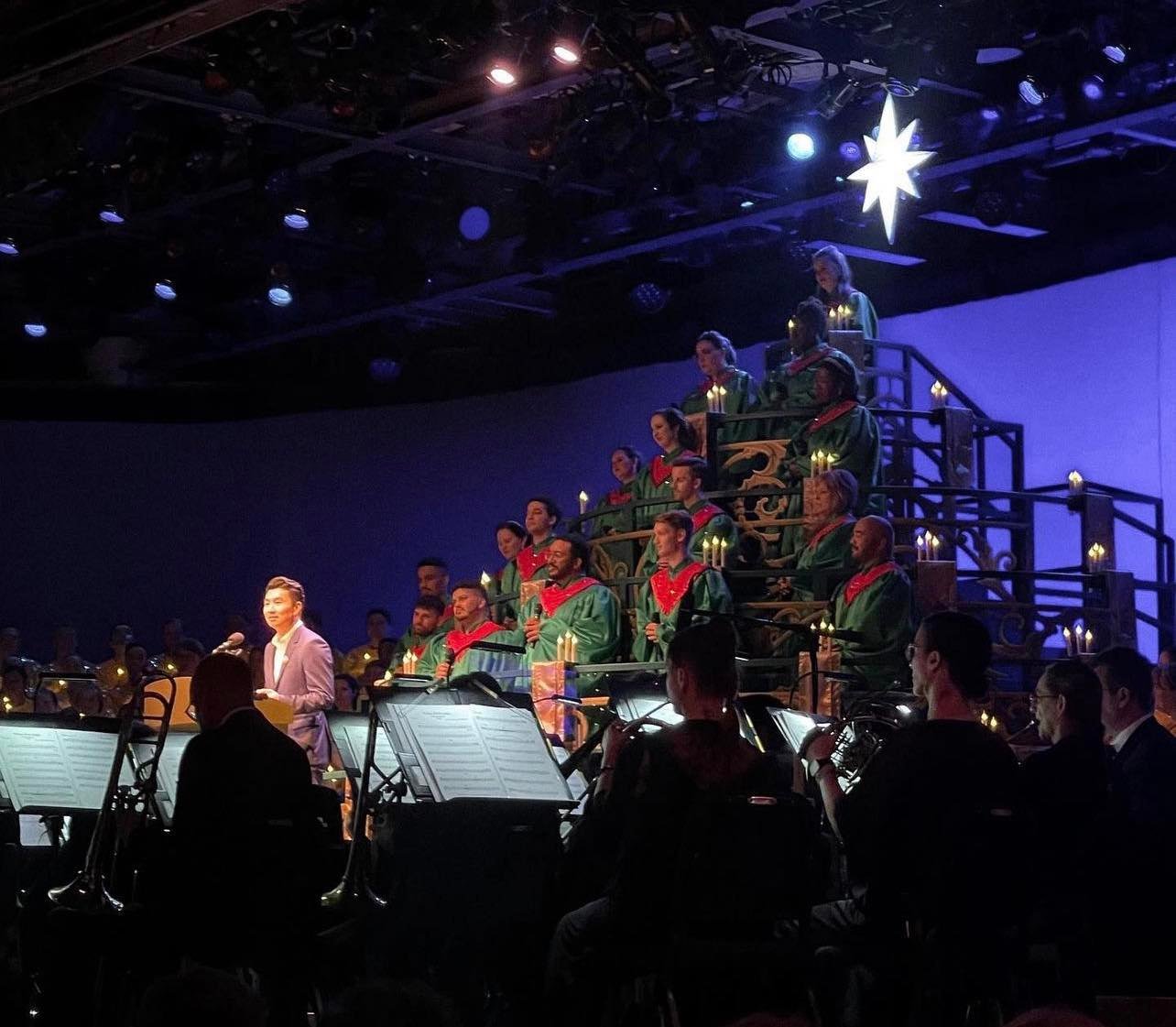 Though I have not seen Disney World’s version, I’ve witnessed several at Disneyland Park over the years and it is a spectacular event, not to be missed! Christmas time is truly here, as Disney World’s Candlelight Processional is underway!

Thanks to Simu Liu for kicking off this year’s memorable event!