The Strange World soundtrack was released today in digital and Dolby Atmos by Walt Disney Records.  Hence, Henry Jackman composed and produced the epic score, and the soundtrack features 31 tracks. Jackman’s Comments Regarding the Score

So, Henry Jackman said, “I began writing the ‘Strange World’ overture away from picture and came up with this esoteric series of underlying arpeggios and dissonant harmonies which evoke the film’s sense of mystery and otherworldliness.” 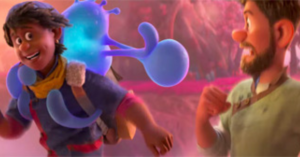 Jackman continues by stating, “I then situated an adventurous main theme on top of it, which had to be quite angular to fit the odd notes I had conjured. I wondered if I had gone a bit overboard with the overture, but when the directors, Don Hall and Qui Nguyen, heard it for the first time, I was overjoyed to hear them say that it was everything they ever imagined ‘Strange World’ could sound like.”

As far as working as a film composer, Henry Jackman says, “I’ve spent a lot of time working in the record industry, and for my money being a film composer is way more fun. You can be working on X-Men, and then a movie set in 17th-century Italy. It’s not about showing off what you think is cool or what you want to hear, but ‘what is this movie about, and what would best serve it?’ That process just leads to strange and remarkable places.” 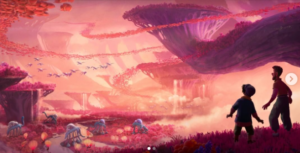 In Strange World, the Clades are a family of legendary explorers.  During the film, they navigate uncharted territory alongside a mischievous blob, a three-legged dog, and other creatures.

Accordingly, Henry Jackman worked on other films including Netflix’s The Gray Man, Jumanji 3, Detective Pikachu, and Ralph Breaks the Internet.  So, if you would like to get the Strange World soundtrack, then it is available to you today! 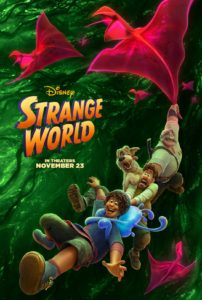