I’m Visiting Hollywood Studios! Where Should I Eat?

Many of my friends are planning their early 2023 Disney vacations. So, I’m getting hit up with many questions. And the subject of food and where to eat comes up a lot!

Now, I’m going to reveal to you today the same advice I’ve given to a loved one this week.

When you’re visiting Disney’s Hollywood Studios, here’s where you should and shouldn’t eat. 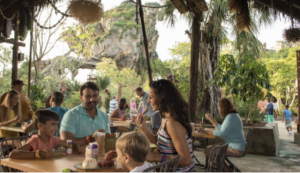 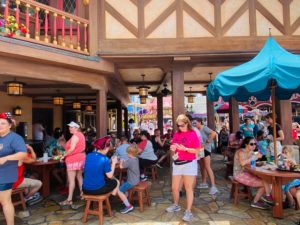 Disney has phased out the counter service aspect of these places, though.

Instead, you’ll use your phone for Mobile Ordering, just as you probably would if you were ordering Blaze Pizza tonight. 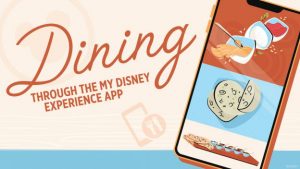 Disney’s Table Service restaurants are more along the lines of fine dining. You’ll pay more to eat at these places.

Also, you must book Advanced Dining Reservations. Due to the popularity of many of these places, you may need to book when your reservation window opens 60 days prior to your vacation. 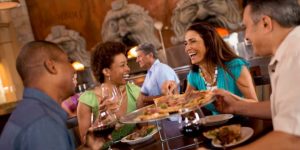 So, Table Service dining requires a bit more work. Disney has recently added something called the Walk-Up Waitlist, though.

When you’re at the park, you can check to see whether someone has canceled at a popular restaurant, opening a reservation for you. 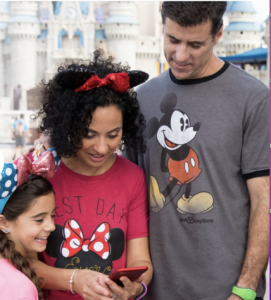 Overall, the general thought about Quick Service is that it’s faster and more efficient.

Thanks to Mobile Ordering, you can customize your order as you see fit rather than hoping that a server in a crowded restaurant heard you correctly. 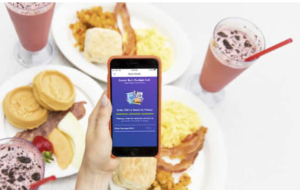 Conversely, Table Service dining costs more because the food is better, as is the ambiance. It’s more refined dining, which can make a world of difference.

I often think of Table Service meals as a respite from the chaos of a park visit. 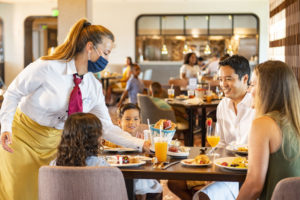 Everyone has strong opinions on where to eat at the parks. Once you fall in love with a place, any comment against it is perceived as an attack.

If you love a place that I’m about to describe in negative terms or ignore, I apologize. I admire your passion and am happy that you’ve found a place. 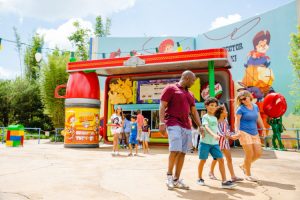 However, I write from personal experience while keeping up with online reviews and current buzz. I combine the three in my evaluations. 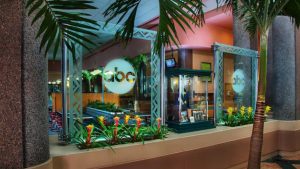 When you’re hungry, this is the place you should prioritize. Unfortunately, most guests know this. So, it books quickly. 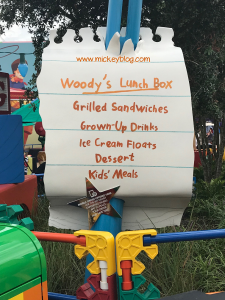 Your Mobile Order timeline might not be for several hours. It’s worth the wait, though! The comfort food here somehow charms while satisfying.

ABC Commissary is more of a perfunctory dining experience. However, it offers a massive menu, which helps mightily for larger traveling parties. 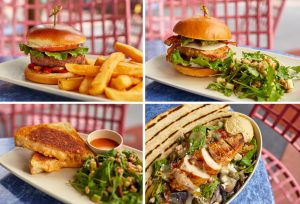 You’ll find enough items here to make it the ideal compromise choice for a big group.

As for Docking Bay 7, it’s more niche. It’s a dining experience at Star Wars: Galaxy’s Edge. The menu here consists of “tip yip” and whatever “Kaadu” is. 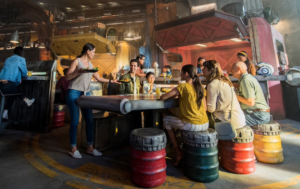 However, once you look at the menu, you’ll appreciate that it’s conventional chicken and pork rib dishes. You can eat well here without losing the Star Wars immersion.

While Disney has done a terrific job of improving its menus everywhere, a few places remain less than ideal dining choices, even when you’re hungry. 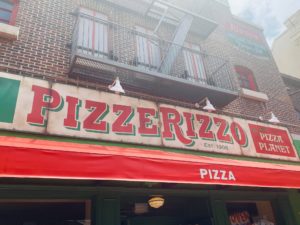 In truth, Disney is aware of this fact, which is why one of these places I’ll list is only seasonal. I’m referencing PizzeRizzo, arguably the worst pizza place at Disney.

While the Muppets theming here works well, everything else about this restaurant feels dank and underwhelming…especially the pizza. Similarly, Rosie’s All-American Café may be patriotic, but the food here will break your heart. It’s a must-avoid restaurant.

Finally, you should skip Dockside Diner, whose limited menu makes it a top spot for non-seafood fans. If you are a seafood lover, check whether any of the three menu items work for you.

I’m going to cheat here and mention a place that’s not technically in the Table Service category.

Disney lists The Hollywood Brown Derby as a Signature Dining experience. All that means is that it’s more expensive than the other options. 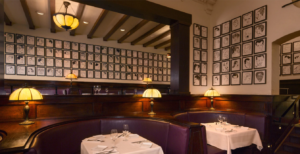 However, you’ll get what you pay for here, as the Brown Derby embraces its theme as an elegant golden age of Hollywood meal.

This place is the most regal at Hollywood Studios and among the finest overall on the Disney campus.

When you’re looking for the best pure meal, the Brown Derby is the clear choice here. 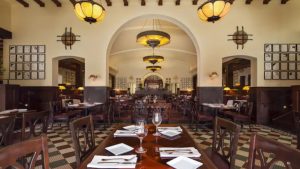 Meanwhile, the other two options I’ll highlight are more experiential. At 50s Prime Time Café, you’ll do the equivalent of living out the first two episodes of WandaVision.

You’ll travel back in time to the era of black-and-white television, specifically the family sitcoms so beloved that they still air on cable and Pluto TV today. 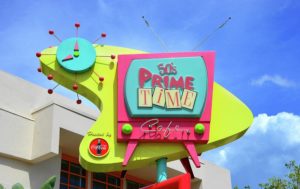 So, you should only go here when you’re hungry and not planning any thrill rides immediately afterward. 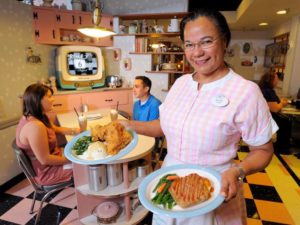 Conversely, Sci-Fi Dine-In Theater Restaurant suffers from a lighter menu. Also, there’s some debate about the quality of the food.

I generally love the drive-in theater-style menu, but I must confess that my most recent meal there last week didn’t do much for me. 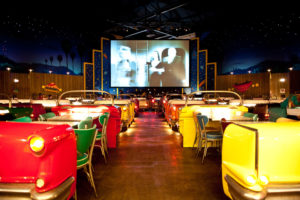 Still, when you eat here, you live through what was once date night for a generation of teens. You sit in a (hollowed-out) car and watch a drive-in movie screen.

The movies and videos are all terrible in the best way. I often say it’s the Mystery Science Theater 3000 of Disney dining. 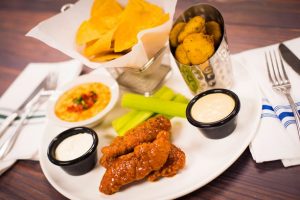 Even better, the dark, intimate restaurant setting makes it a lovely place to pass 60-90 minutes of your time.

In my estimation, everyone should prioritize Sci-Fi Dine-In, even if you should recalibrate your expectations on the meal’s quality. 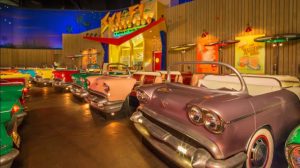 Let me start by saying that the food has gotten better at Hollywood & Vine. So, it’s no longer how I would have described it a few years ago.

Back then, I would have said that Hollywood & Vine is a phenomenal character meal with lousy cafeteria food. 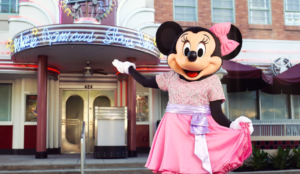 Today, the menu has improved, albeit at a cost…and I mean that literally. Minnie’s Seasonal Dine costs $59 per person for what is once again a buffet.

When Disney ran this place as family-style dining, the food quality improved immensely. Now, I’d describe it as better than five years ago…but that’s it. 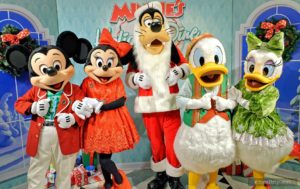 For this price, you’re paying to see members of the Sensational Six in outstanding costumes. You are definitely not here for the meal.

Mama Melrose’s Ristorante Italiano is the other place to avoid at Hollywood Studios. I’ve literally never had a good meal here, and it’s not for lack of trying. 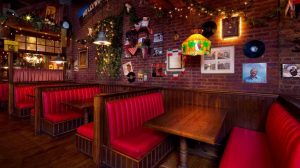 Disney has tied Mama Melrose’s with Fantasmic! as a dining package for years now. Every time I’ve booked this, I’ve regretted it.

For whatever reason, Disney’s Italian food is hit or miss. Some places at the Italy pavilion and Disney’s BoardWalk are sublime. 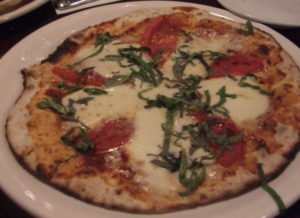 Others like Tony’s Town Square and Mama Melrose’s are a roll of the dice.

Personally, I think you’re throwing away your money by eating here. It’s on a par with PizzeRizzo for me.