A special event took place in Los Angeles last night and we’ve got all the details. Disenchanted celebrates its World Premiere prior to its Disney+ release!

MickeyBlog has been keeping you updated on all of the media Disney has released for the sequel to Enchanted. Tomorrow, the beloved movie finally arrives on Disney+ along with various other new content. 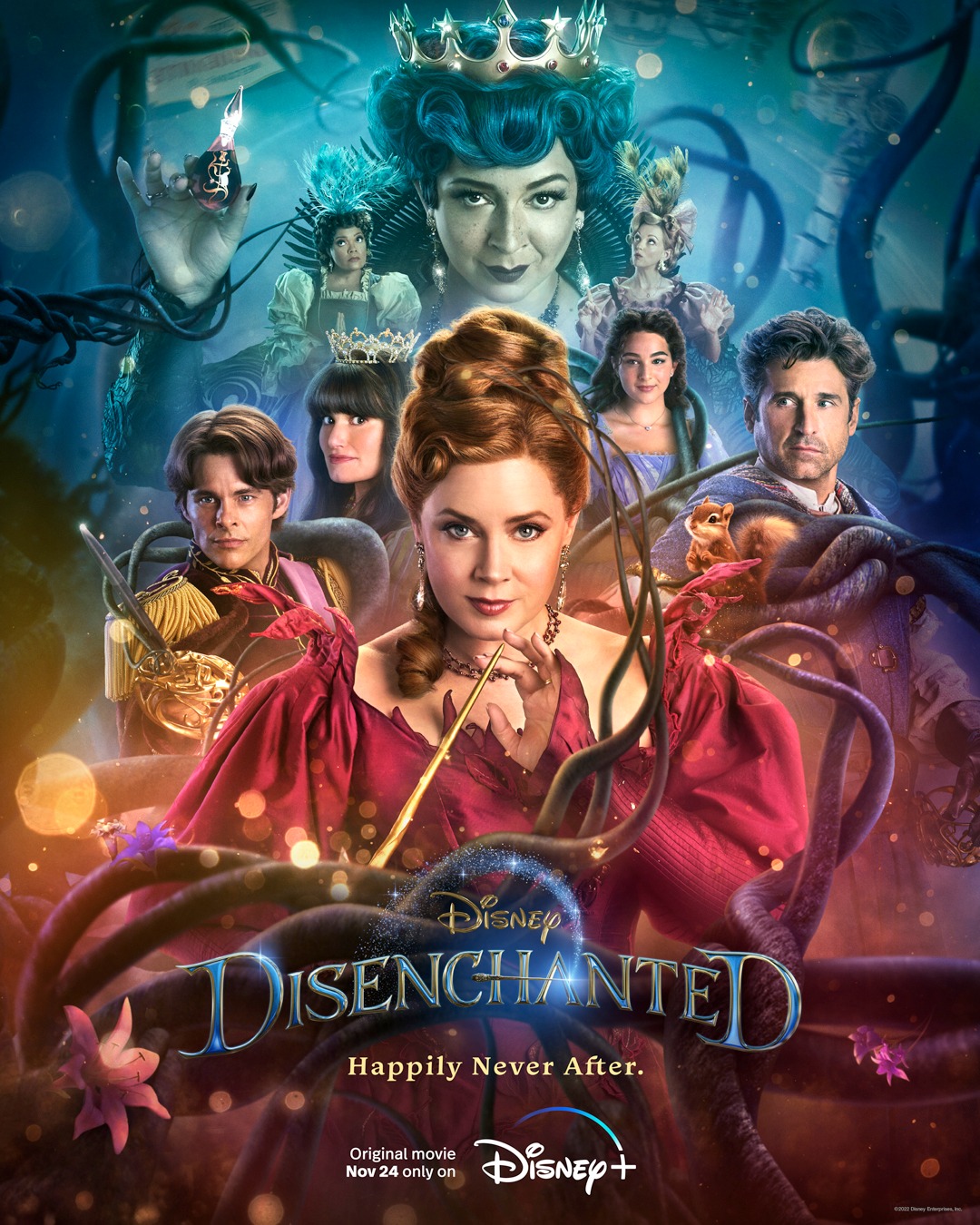 If you aren’t up to date, check out some of our other articles about what to watch on Disney’s streaming platform. Disenchanted picks up 10 years after Giselle and Robert marry.

Giselle has grown tired of living in the city and the couple moves to a new town. The latest trailer recently featured a villainous twist to the film, so we’re excited to see how the story plays out.

Beloved stars from the film came to Hollywood’s El Capitan Theatre last night to celebrate! Let’s take a closer look at the cast of Disenchanted!

Metro Entertainment shares that Amy Adams “has learned to value her role as the Disney princess Giselle ‘so much more’ after returning to the character 15 years later.” She wore a long, purple, form-fitting dress with a hairstyle of loose waves and curls. Idina Menzel opted for bold colors of green and pink, in a satin gown complete with a purse and brooch. Maya Rudolph plays a villain in the film, and was the lady in red at the event, with her floor-length ensemble. Disney Legend, Patrick Dempsey posed with his wife in a stunning suit with navy pinstripes. James Marsden looked classy in a double-breasted suit comprised of earthy colors of grey and brown. Fans were so excited as they anticipated the cast’s arrival last night!

We can’t wait until the movie comes out tomorrow! It was wonderful to see the stars reunite as Disenchated celebrated its World Premiere prior to its Disney+ release!