It looks like one ship has run aground, much to the disappointment of fans. According to actress Margot Robbie, the female-led Pirates of the Caribbean movie has been scrapped.

Known for her roles in both blockbusters and independent films, Margo Robbie is an Australian actress and producer. Born and raised in Queensland, she’s received nominations for Academy Awards, Golden Globe Awards, and British Academy Film Awards throughout her career. In 2019, she was ranked as one of the world’s highest-paid actresses. Time magazine named her one of the 100 most influential people in the world in 2017.

Some of Robbie’s most popular movies include The Legend of Tarzan, Suicide Squad, and The Wolf of Wall Street. Unfortunately, according to Vanity Fair, the actress will no longer be involved in a highly anticipated, female-led Pirates film. Female-Led Pirates of the Caribbean Movie

In June 2020, it was announced that Margot Robbie would star in a new Pirates movie from Disney, written by Christina Hodson. Robbie shares, “We had an idea and we were developing it for a while, ages ago, to have more of a female-led — not totally female-led, but just a different kind of story — which we thought would’ve been really cool.”

Now in reference to Disney’s plans, she adds, “But I guess they don’t want to do it.” In the summer of 2020, Variety reported that the movie was in early development along with a second reboot, with Jerry Bruckheimer at their helm. 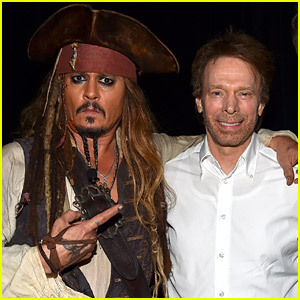 Bruckheimer famously produced all five Pirates movies, starring Johnny Depp. In May, Bruckheimer said both films were still in development and confirmed Johnny Depp was not currently involved in any future projects for the franchise.

In reference to the female-led film, he shared, “Yes. We’re talking to Margot Robbie. We are developing two Pirates scripts — one with her, one without.” Now, it looks as if the movie is dead in the water. I don’t know about you but I would love to see a female-led Pirates of the Caribbean movie!

Unfortunately, according to Margot Robbie, for now, it has been scrapped. Mickey Blog will continue to keep you posted if new details emerge.