New Ursula Figure Makes Splash at the Art of Disney

If you are anything like me, then some of your favorite Disney characters are probably villains. Well fans of the Ursula from Disney’s The Little Mermaid can rejoice!

This new Ursula figure arrived at the Art of Disney over at Epcot today, and its already making a splash! 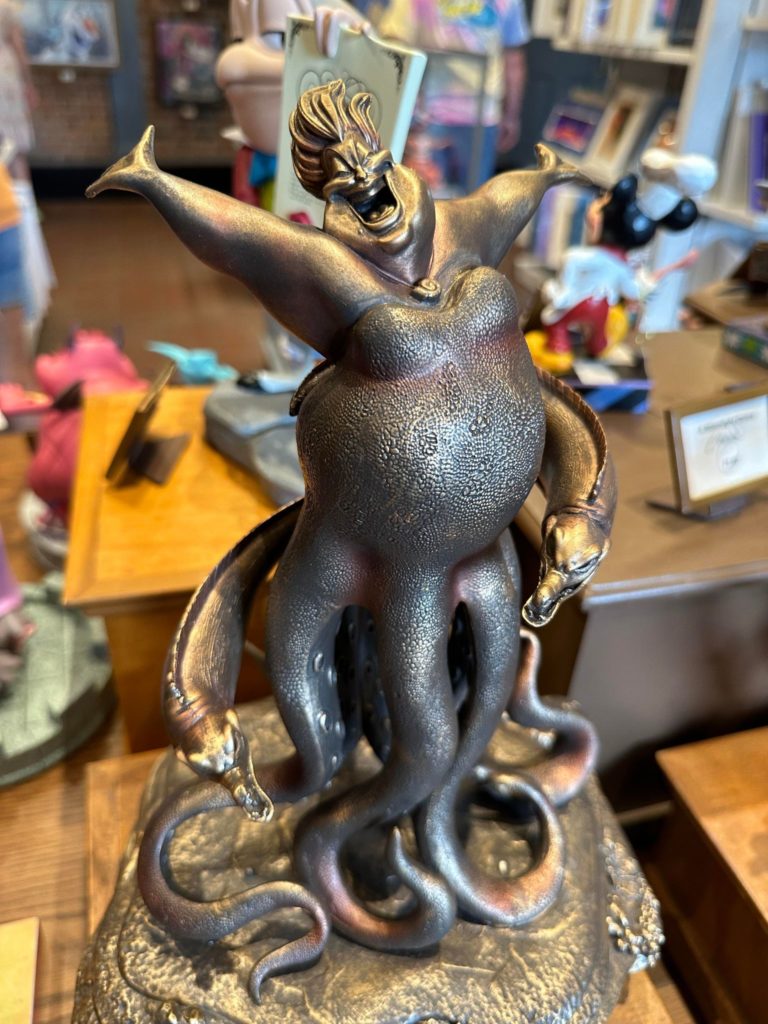 The evil sea which has been a fan favorite character ever since her first appearance in 1989, and her popularity continues today!

Ursula sure seems happy in this new figure. It almost looks as if she is celebrating!

Maybe she has managed to trick another poor unfortunate soul? 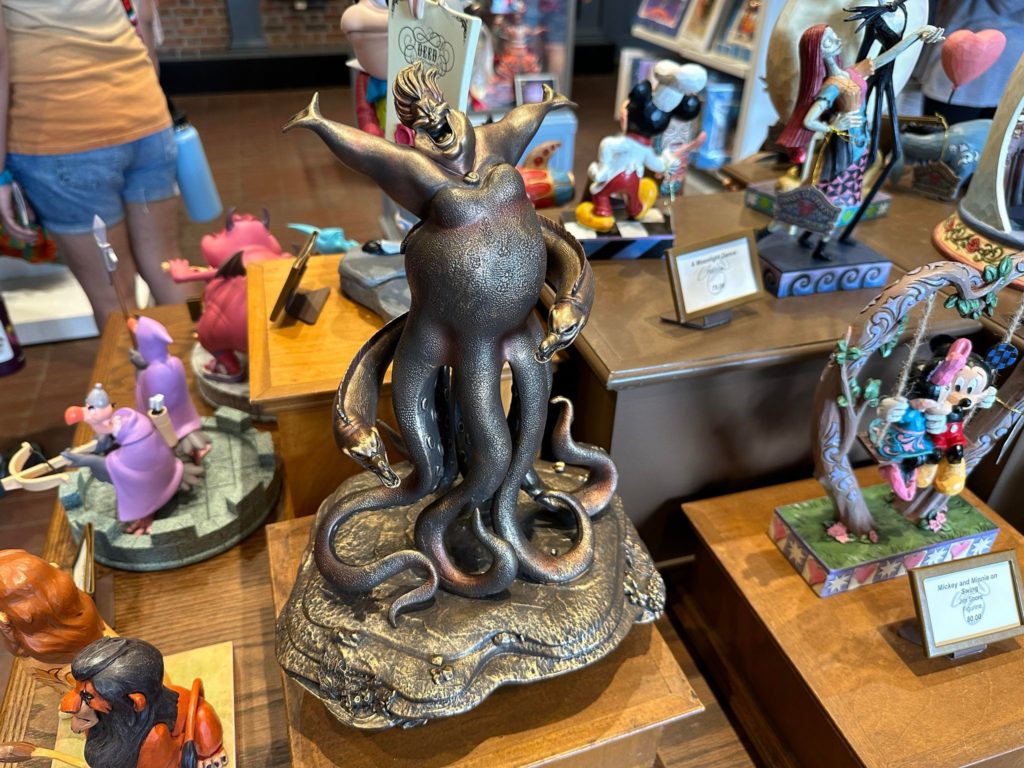 I know I wouldn’t want to be on the other end of that laugh!

Fan’s of The Little Mermaid might notice that in this figure, Ursula has her trusty sidekicks Flotsam and Jetsam with her. 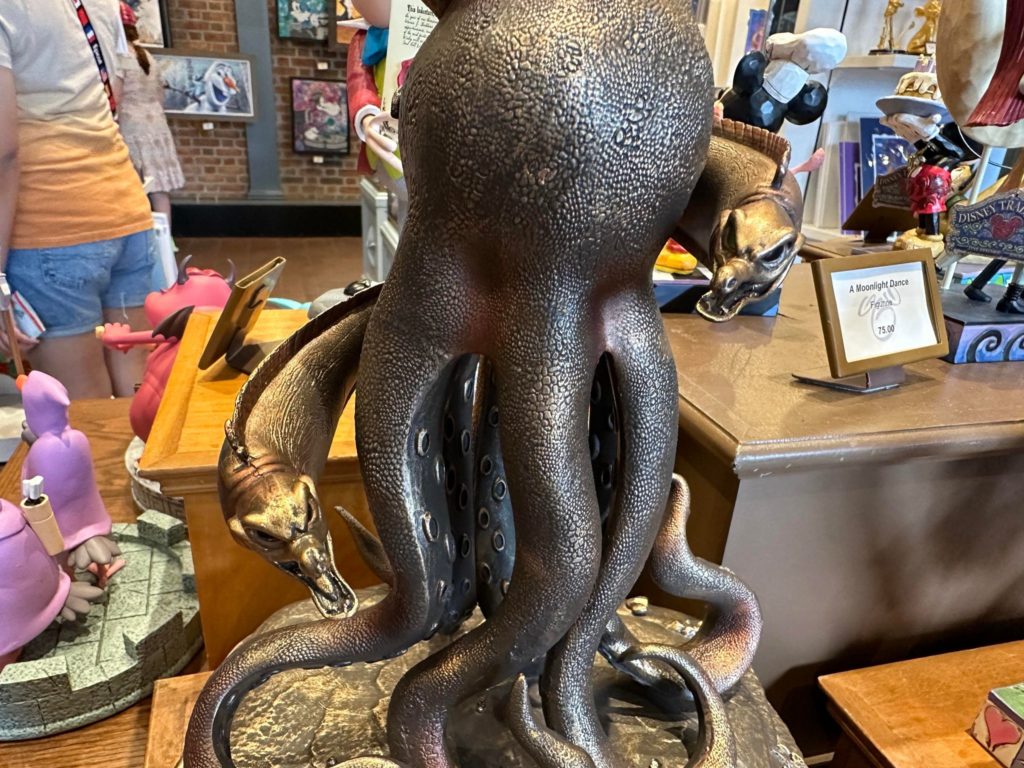 In this figure, the two eels sure look a little too happy for comfort. For me, the sea witch’s evil companions might be the scariest characters in the Little Mermaid.

Here’s another look at Flotsam and Jetsam, looks at those creepy faces! 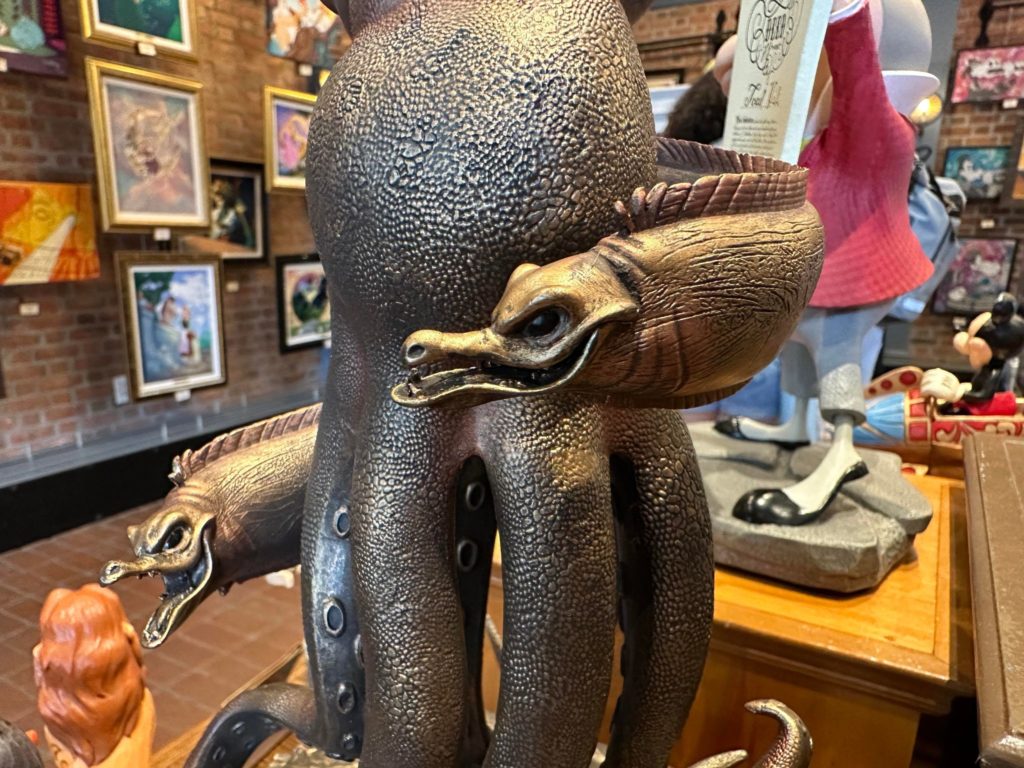 All things considered, this would be a great piece for an Disney Villains fan’s collection. After all you are getting three villiains for the price of one!

The craftsmanship in this piece is amazing. Look at the details on Ursula’s body and the intricate rock that makes up the base. 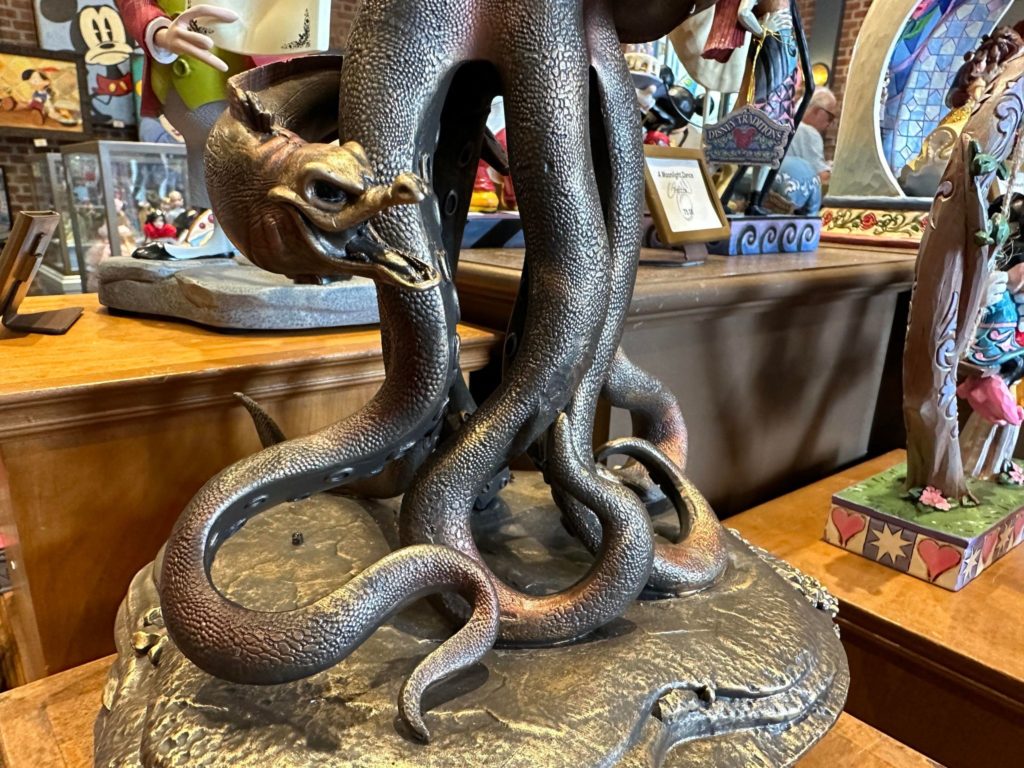 I love how the scales on Ursula’s tentacles are so defined, they look so realistic. I have to admit, I adore this Ursula figure!

Where to Get It

After moving from its former location in Future World, the new Art of Disney is a little more secluded

With a constantly changing inventory, you never know what, or who, you will stumble across!