Could a Hocus Pocus 3 Be in the Works?

Are you a Hocus Pocus Fan? Would you love more of the Sanderson Sisters and the spooky fun that each movie brings? You are not the only ones.

It seems fans and stars want more and are interested in a Hocus Pocus 3. 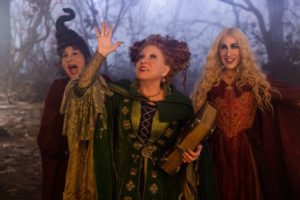 Hocus Pocus 2 premiered just a few weeks ago on Disney+ and has already set a new Nielsen Streaming record. The sequel set a record with more than 2.7 billion minutes of viewing from September 26 -October 2 exciting fans and drawing in a new audience.

Now stars from the original “Hocus Pocus” shared in an Entertainment Weekly article that they would return for a third installment of the Hocus Pocus franchise. 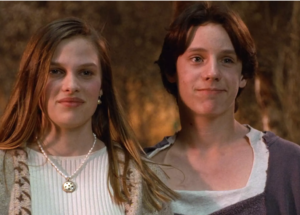 What did the stars have to say? Vinessa Shaw, Omri Katz and Jason Marsden all said that would be interested in reprising their roles of Allison, Max and Binx.

Shaw, shared, “It’s such a fun story, and obviously having us reminisce about this makes it that much more fun and the fondness keeps growing.” Katz also agreed that he is “100 percent down to do it.” Bette Midler has also voiced interest in a third film!  She shared, “I’m envious of other actors who have franchises, and I was hoping for a sequel to ‘First Wives Club,’ but we never got that. The fact that we got to do this finally, after 30 years of promoting the idea, I’m glad we got to do it. I’d love to have a franchise — especially a character I love playing.”

Could There Really Be a Third? 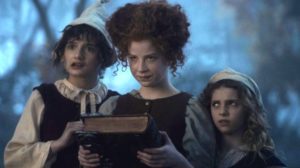 The ending of the film left the possibility of another movie. In a final scene, the audience gets a glimpse of a second black flame candle that could be used to revitalize the three Sanderson sisters.
Who knows? This could carry on with the same storyline or go off in a completely new direction! One thing is certain. The audience and the stars are ready for more Hocus Pocus!

Be sure to catch Hocus Pocus 2 on Disney+ and be sure to follow along with MickeyBlog.com to stay updated on all things Disney.