Halloween is only a few days away, but Walt Disney World is already gearing up for Christmas! Mickey Blog stumbled across some beautiful snowflakes taking flight in the France Pavilion at EPCOT!

The France Pavilion, located in EPCOT’s World Showcase at Walt Disney World Resort, is known for its elegant shops. Recently, the area welcomed a new tenant, a ride called Remy’s Ratatouille Adventure which opened a little over a year ago. Yesterday, we shared that “it’s a small world” is undergoing its transition into holiday form at Disneyland. Let’s take a look at the new decorations Walt Disney World just added to World Showcase.

The snowflake design boasts a simple white and blue color scheme. A large, white snowflake is featured in the front, while a dark blue star sits behind it, adding depth. 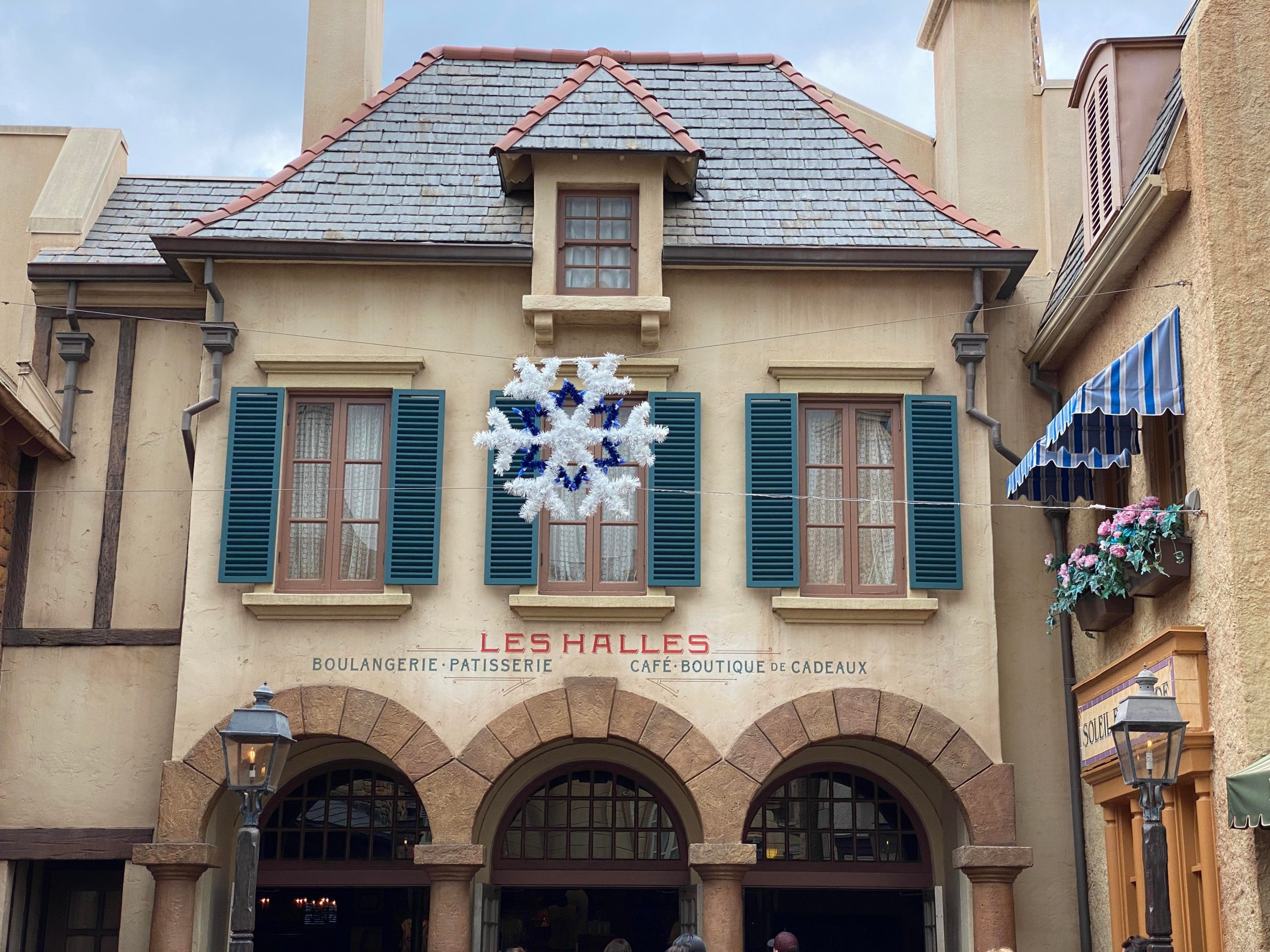 Here’s a beautiful shot of the decor, hanging in front of Les Halles Boulangerie-Patisserie. The French bakery is known for its tempting delicacies and delectable treats! 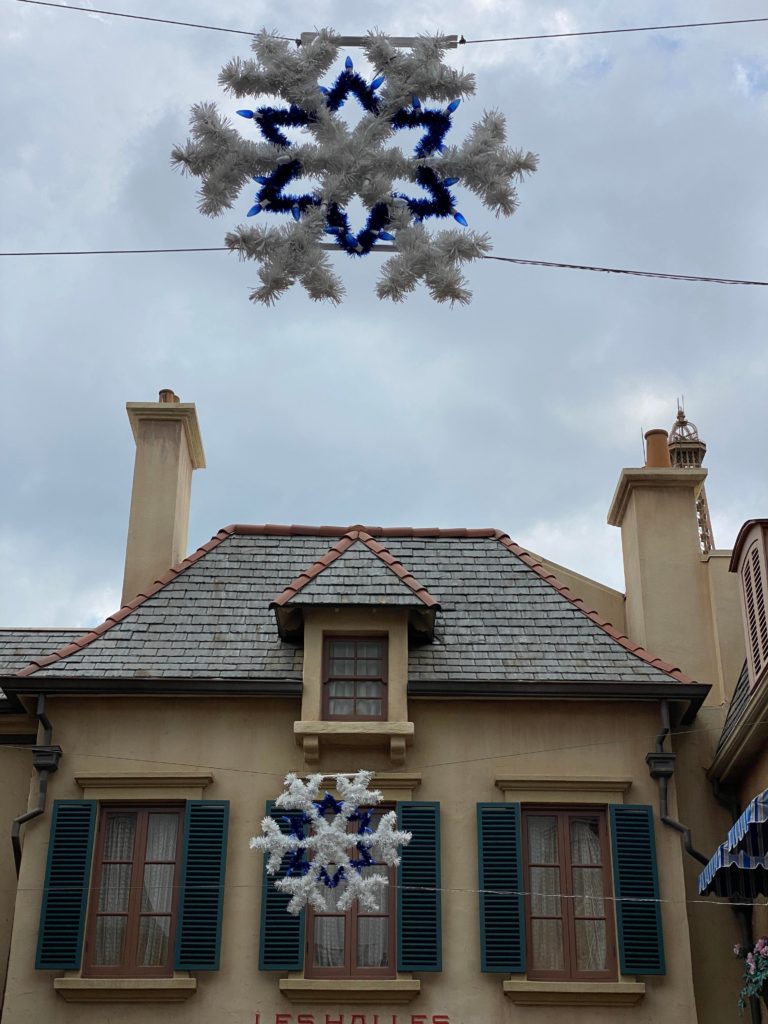 A close-up of the fuzzy snowflake gives us a peak at blue lights shooting off the star. 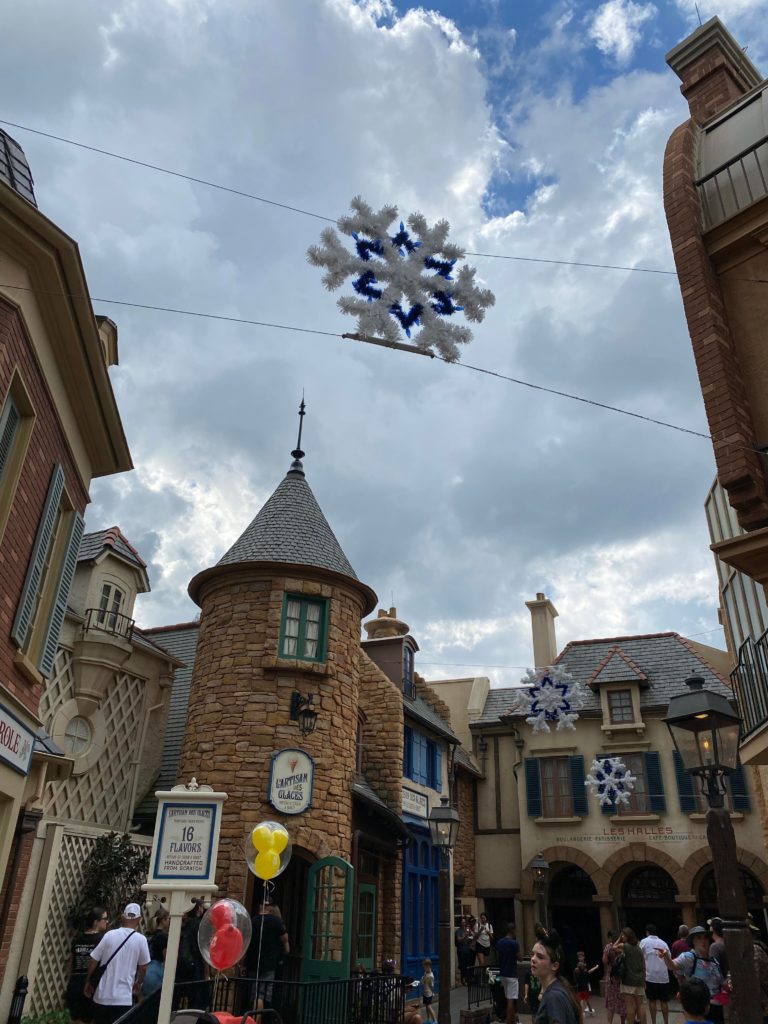 As we back up a bit, we can see several other snowflakes hanging across the buildings. Their sleek design mimics the upscale look of the area. 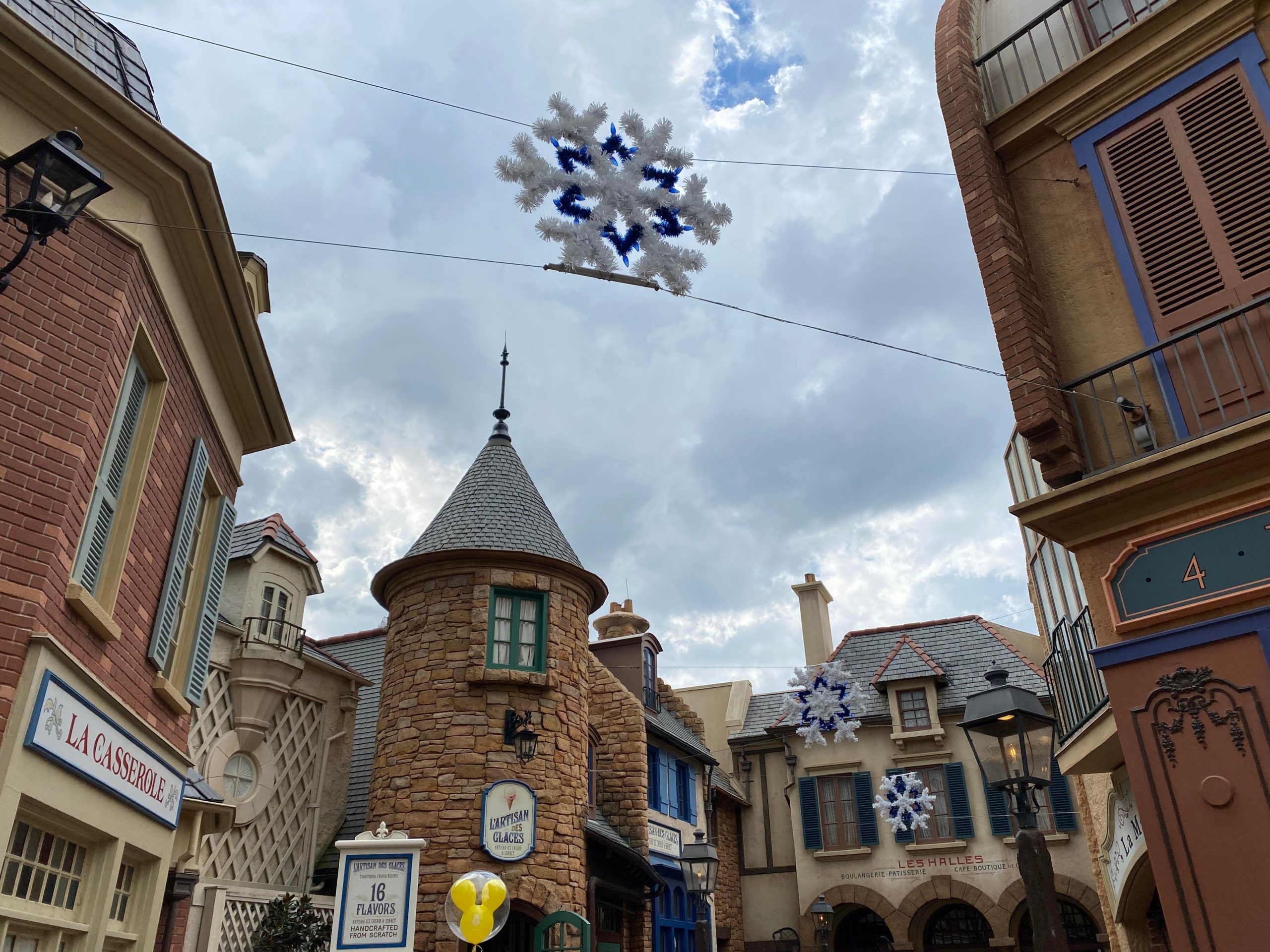 Here’s another view near La Casserole. The winter decor will undoubtedly look spectacular at night! 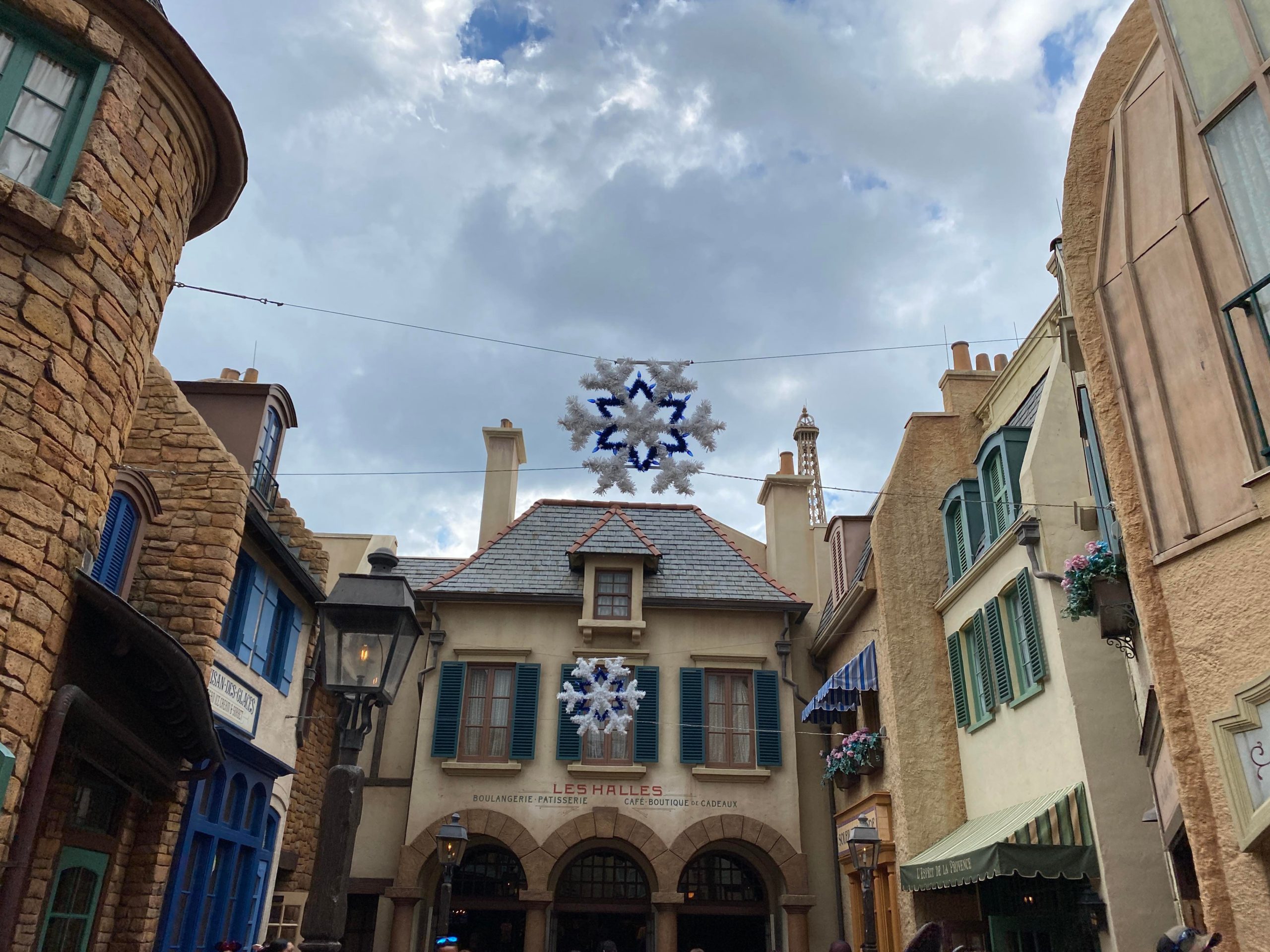 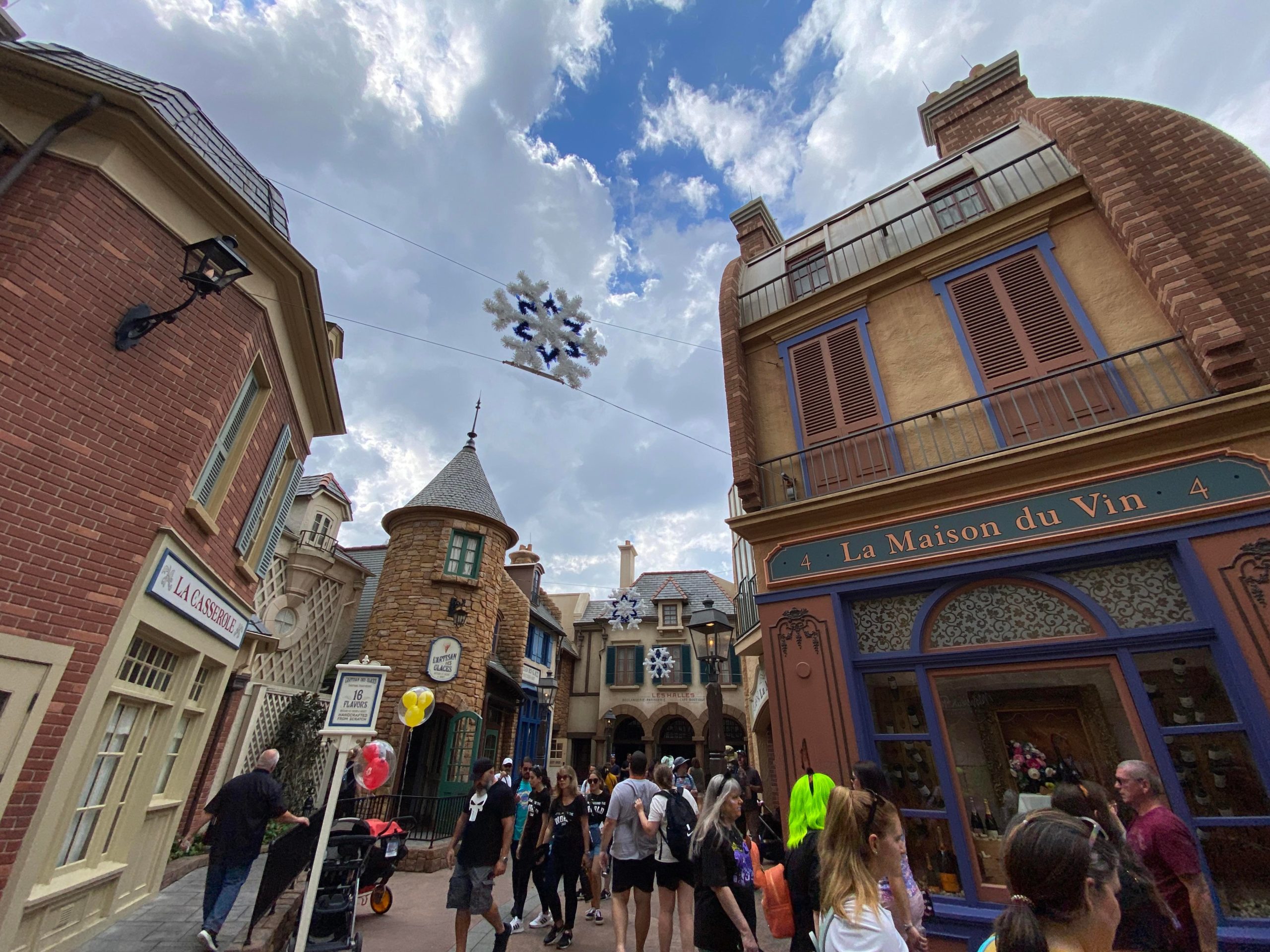 Mickey Blog will keep you posted as more decorations go up at Walt Disney World Resort. Until then, enjoy these snowflakes that are taking flight in the France Pavilion at EPCOT!