Holiday Decorations Added To Carousel of Progress at Magic Kingdom

Our MickeyBlogger was at the Magic Kingdom today and popped by Carousel of Progress where we heard that some additional holiday decorations have been added to the ride to set the mood. 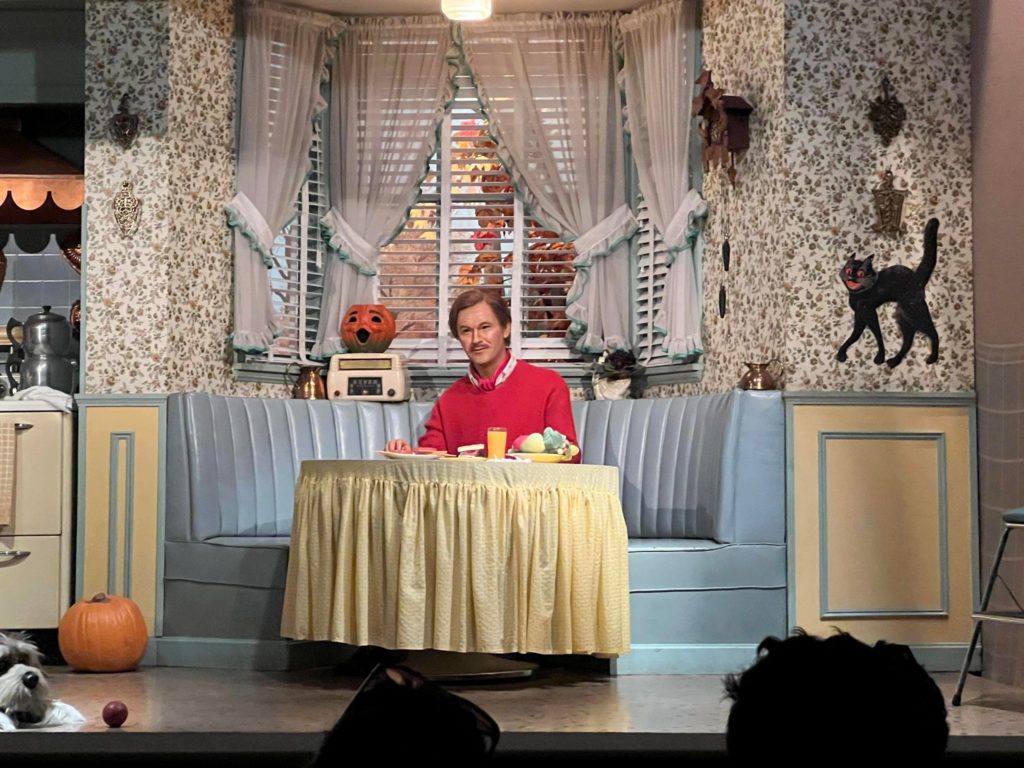 For those unfamiliar, Carousel of Progress is the classic Tomorrowland attraction that follows 4 generations of an American family and checks in with them throughout the years (and seasons) to see the ways that technology has transformed their lives. 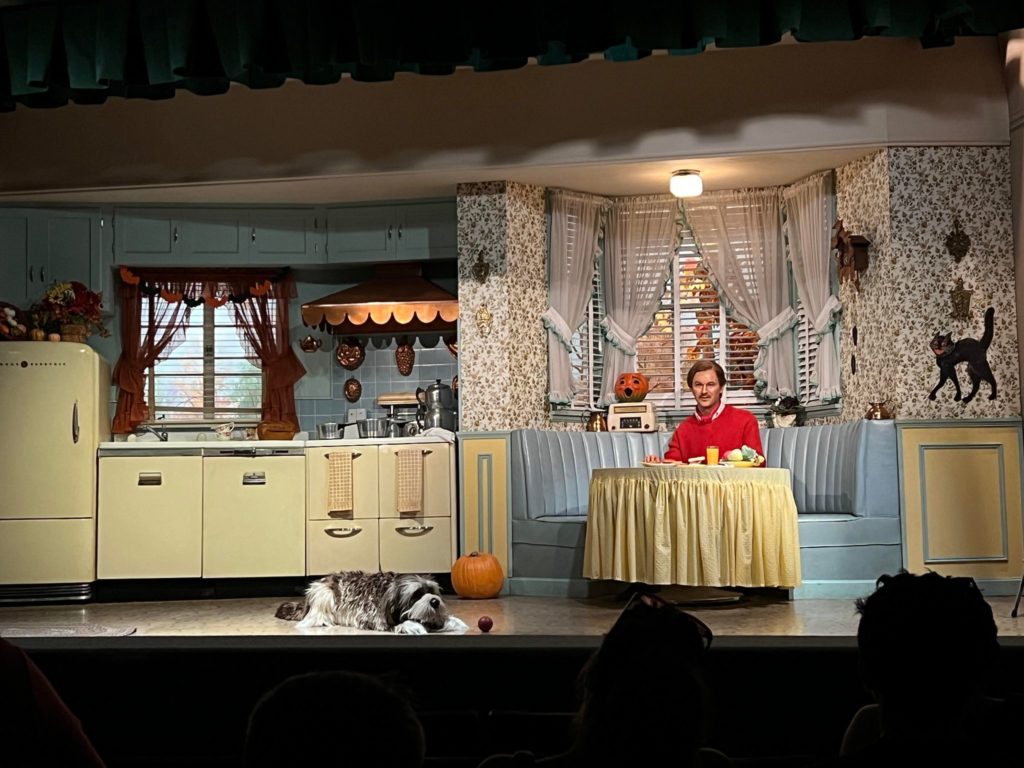 As the years pass so do the seasons with each of the four scenes happening during a different time of year.  This feeling of the passing seasons has recently been enhanced by a few new items. 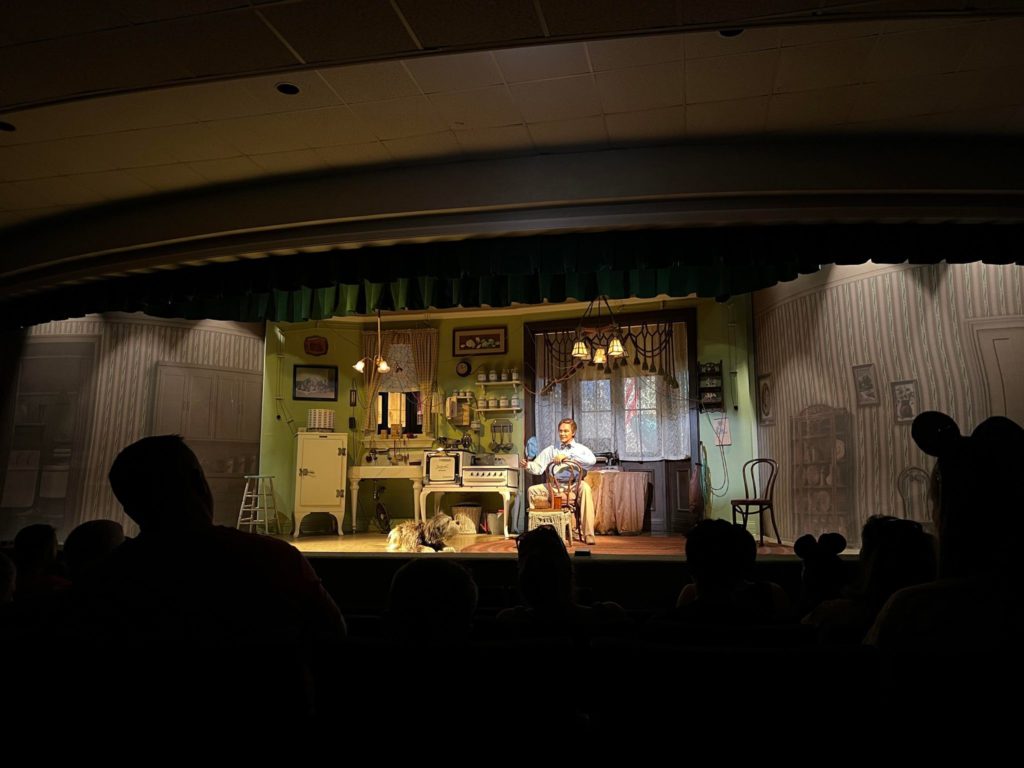 During the early scene in Carousel you’ll notice a pink and red heart banner hanging above the kitchen sink. 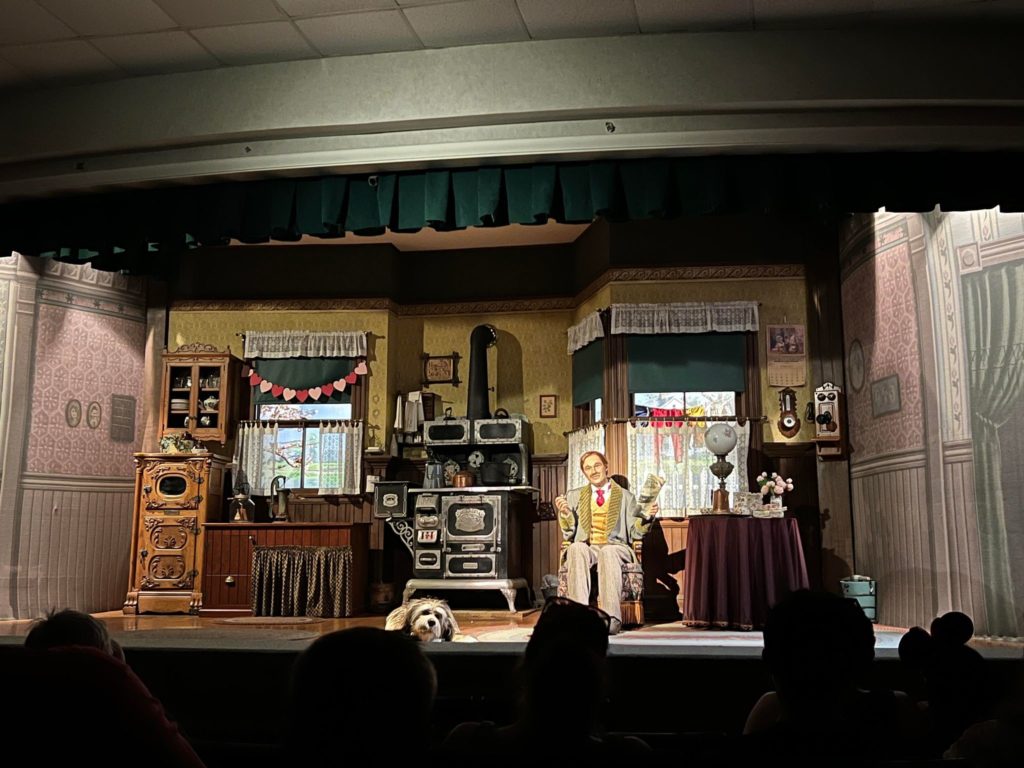 The is the first time we’ve noticed this during the attraction. 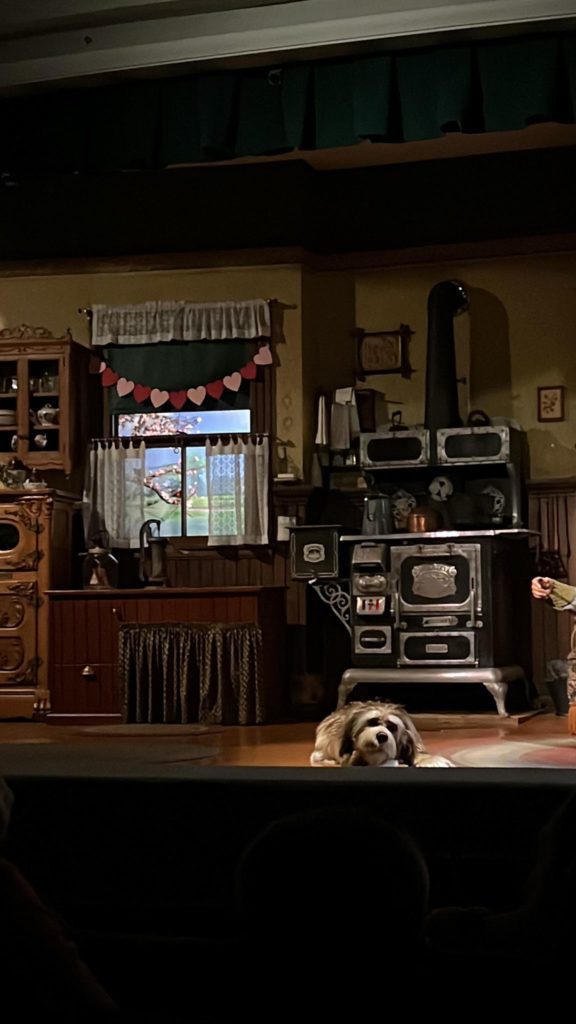 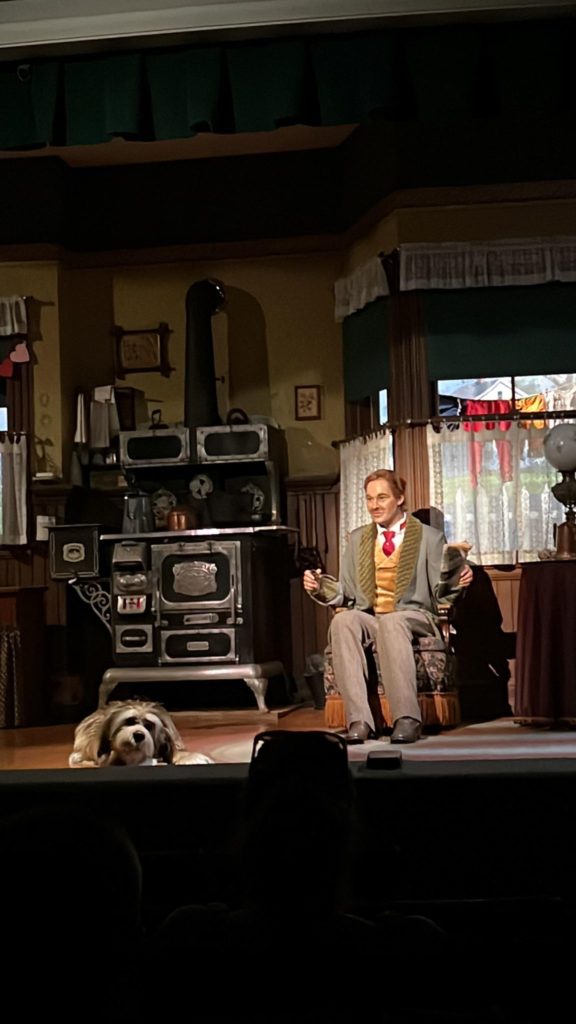 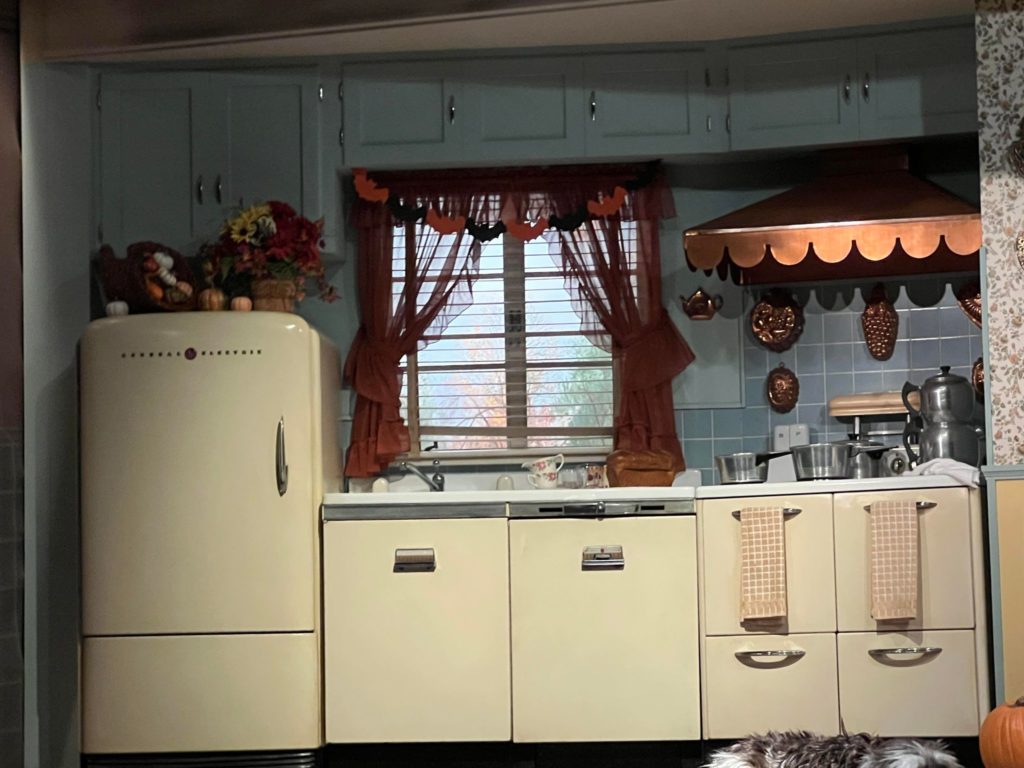 In the window above the kitchen sink you’ll notice an orange and black bat banner. 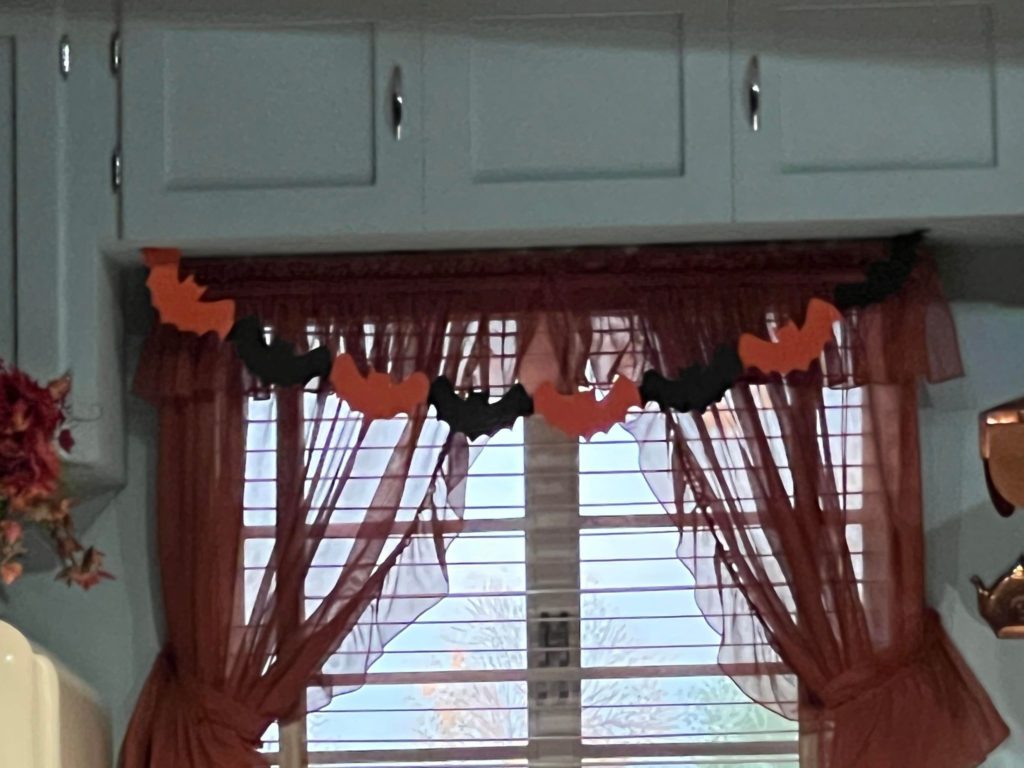 A fall flower arrangement can also be found on top of the fridge. 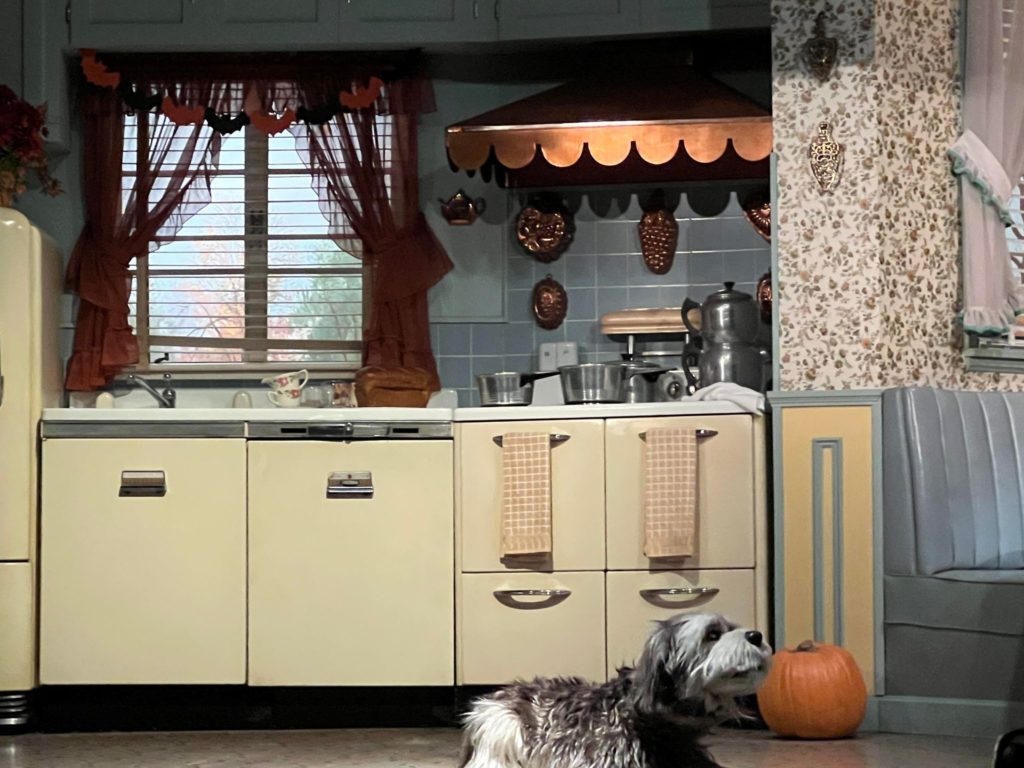 A couple of Jack-o-Lanterns also make an appearance. 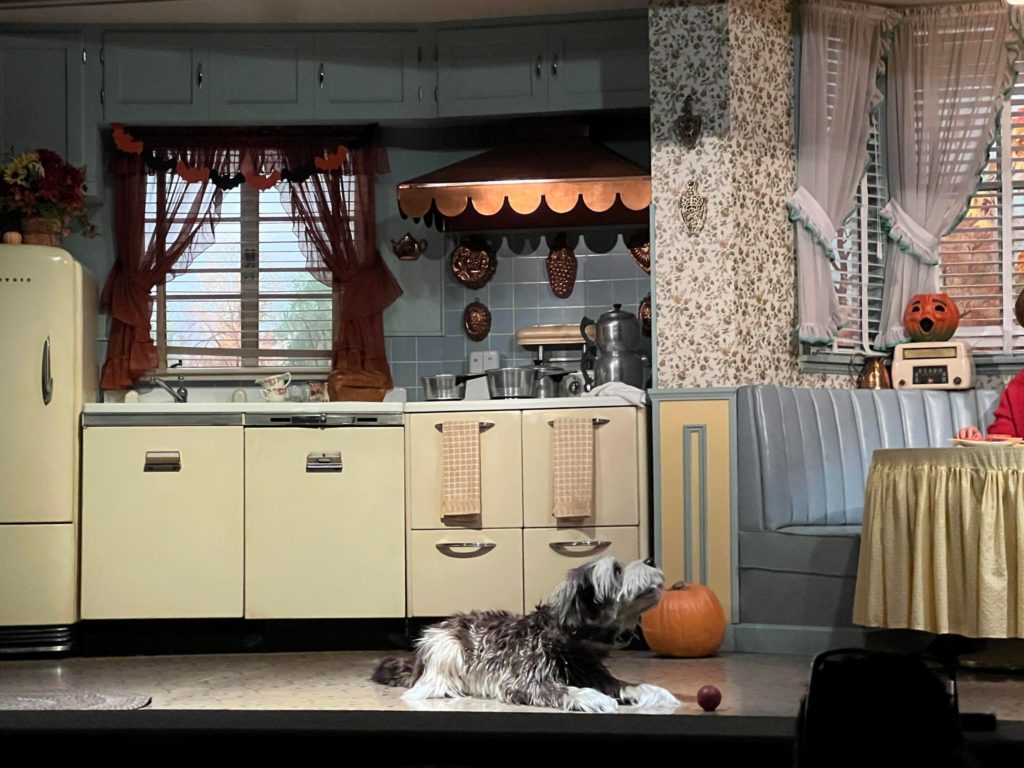 We found one on the window sill behind John. 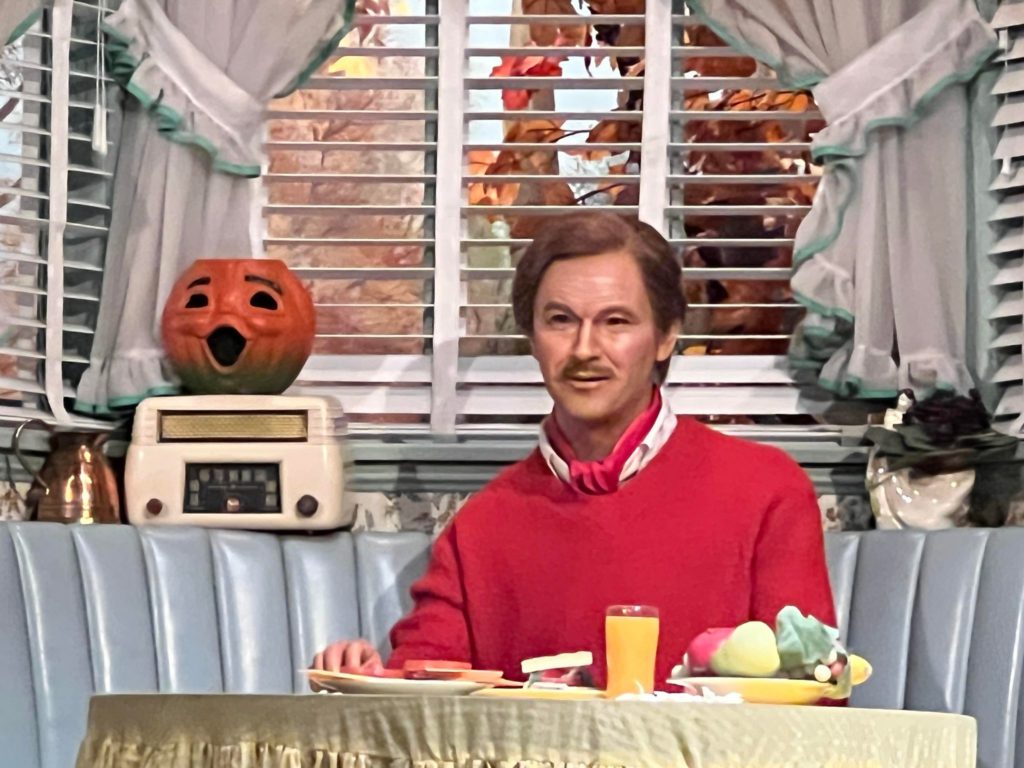 The final scene of Carousel of Progress is supposed to be the home of the future and takes place during Christmas! 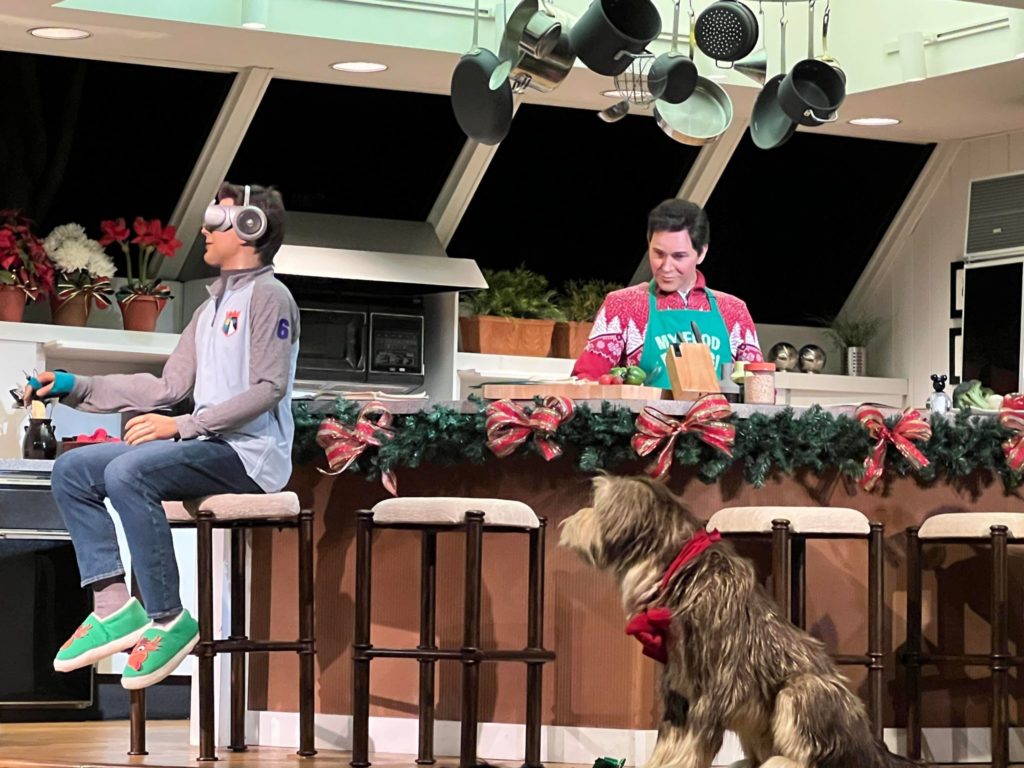 You’ll notice this from the greenery around the kitchen island and the poinsettias on the window sill. 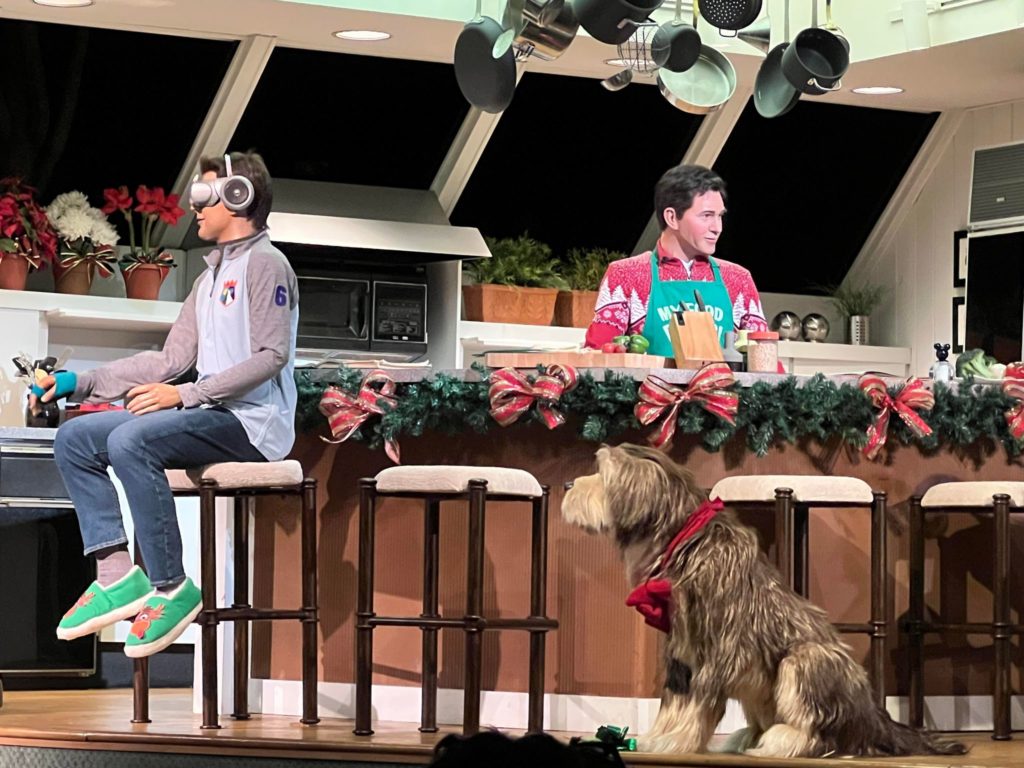 So pop in for a viewing of Carousel of Progress next time you’re at Magic Kingdom and see how many updates you can find.

Readers are are encouraged to keep following along with MickeyBlog for further Walt Disney World news and updates. We’ll be coming to you LIVE! from the theme parks each and every week.