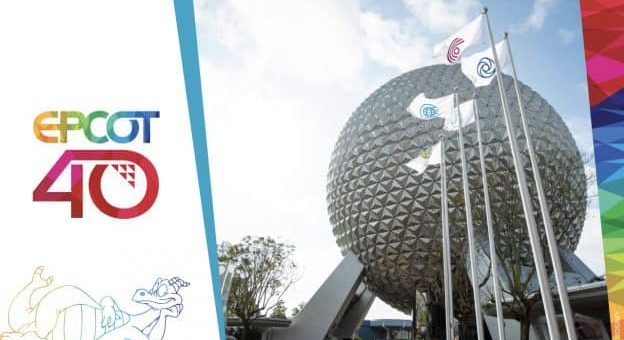 If you’re following Disney news today, you know that it’s Epcot’s 40th Anniversary! MickeyBlog has been bringing you news from the festivities all morning, with special events, snacks, merchandise and more! 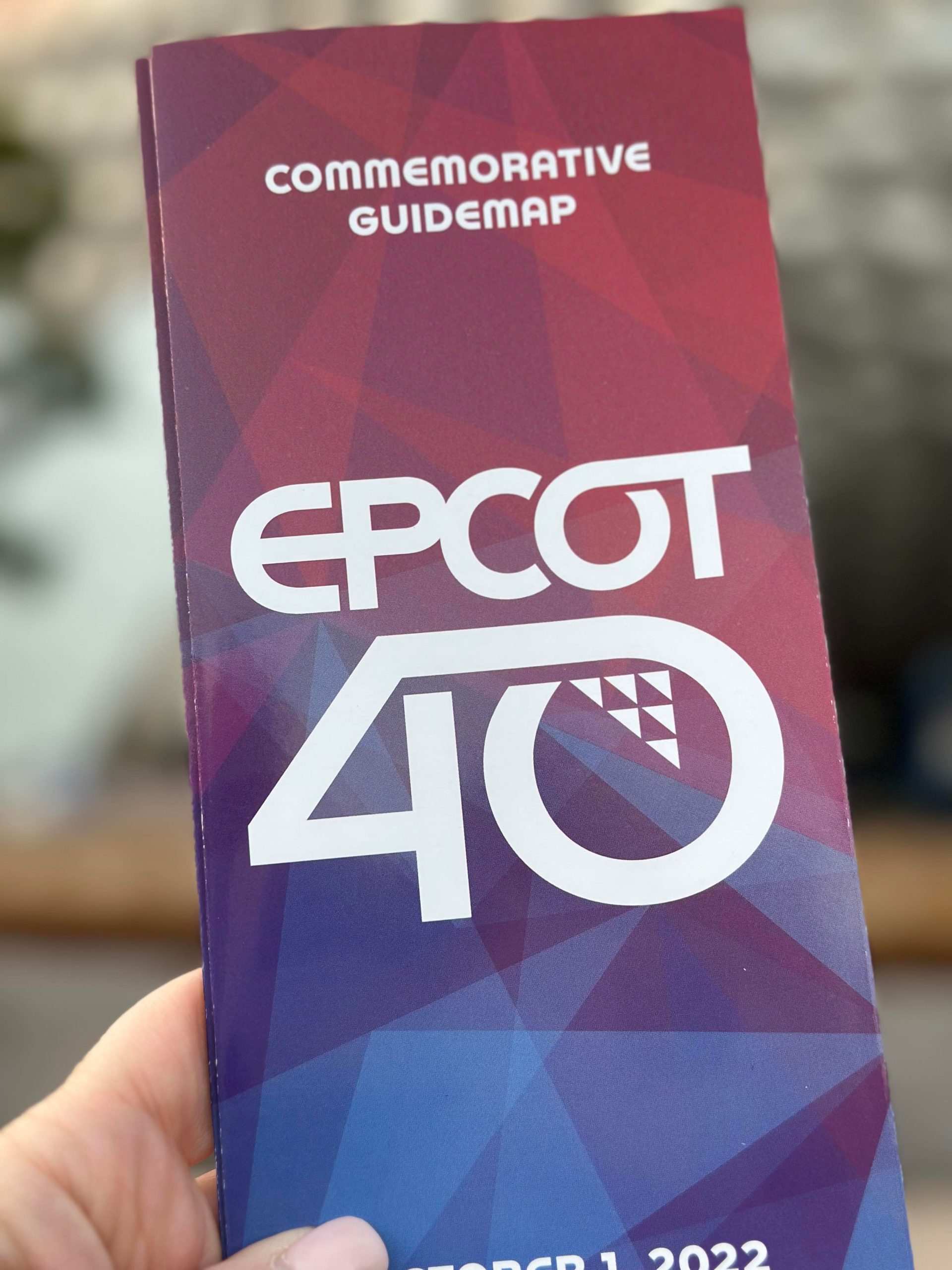 To further commemorate the park’s big day, Disney PhotoPass has introduced a special 40th Magic Shot available at the front of the park! Let’s take a look! 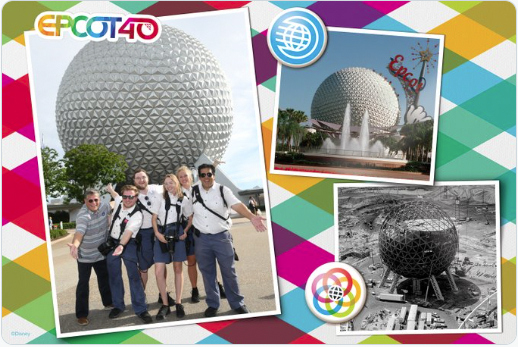 The colorful new shot features a current Guest photo in front of the iconic Spaceship Earth. This has been the most popular photo stop in Epcot for years!

The daily photo is laid out on a bright rainbow weave background with two historic Spaceship Earth photos! Disney history buffs will probably really like this photo spread, celebrating Epcot at 0, 20, and 40 years.

The top photo features a special version of the attraction from the turn of the century – with Mickey’s hand holding a 25-story tall wand with the sparkly letters of “Epcot” scrolling above the geodesic sphere. 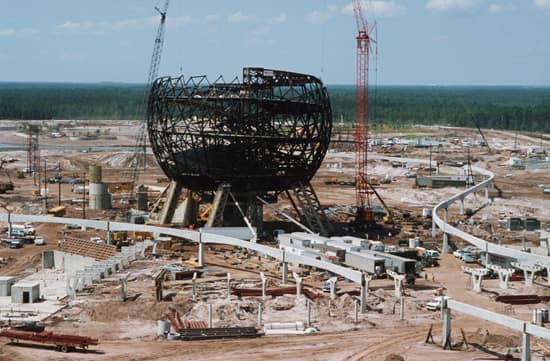 The other photo in the collection is a black and white construction photo from when Spaceship Earth was built in 1981!

All three photos have a special Epcot logo laid out with them. The new rainbow alphanumeric “Epcot40” logo, the rainbow version of the historic Epcot Center logo, reimagined for the 40th, and a blue version of the traditional Spaceship Earth logo.

The new photo opportunity was announced by DisneyPhotoPass on Twitter, as seen below.

#EPCOT is turning ✨40✨! Beginning today, our #DisneyPhotoPass photographers are excited to help you celebrate by capturing this new Magic Shot available at the main entrance of the park. 📸 pic.twitter.com/xH3B0Y4XlV

If you want to snag the new PhotoPass Magic Shot, we recommend not waiting too long. The DisneyPhotoPass tweet states “beginning today”, so we assume this option will be around at least a short while, but no end date has been given. 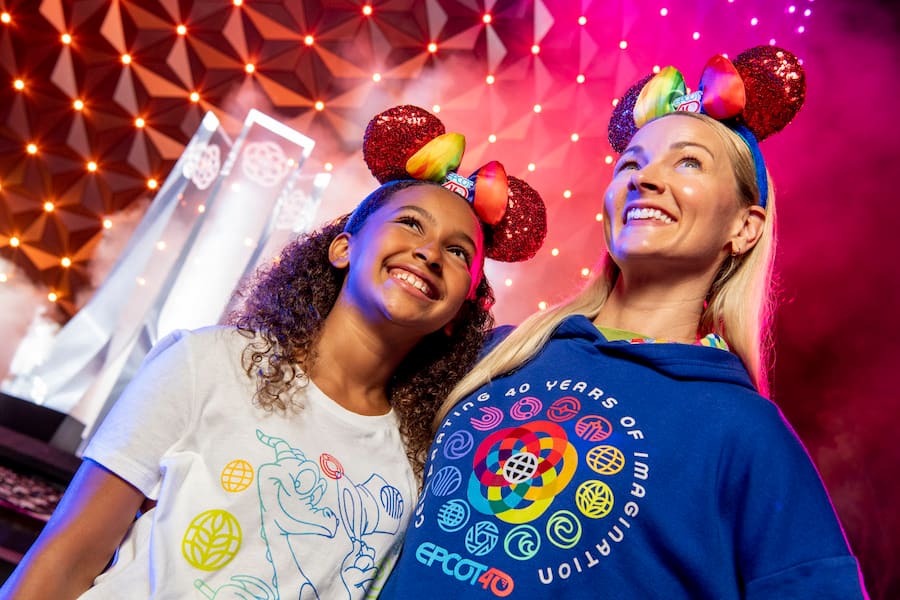 Ready to head to Epcot and celebrate the 40th Anniversary in person?

As a Vacation Planner with MickeyTravels I would love to help you get there! Whether you hope to visit Walt Disney World, Disneyland, Disney Cruise Line or Aulani, I’m happy to help you with everything from date selection to dining reservations. Let’s create an itinerary that gives you and your loved ones magical memories for years to come. All of my planning services are 100% FREE with no hidden catch!  Follow my Facebook page, or email me at andra@MickeyTravels.com. I’d love to help you get back to the magic!