If you’ve been following along with MickeyBlog you’ll know that one of the big announcements that came out of D23 EXPO earlier this month was that the TRON Coaster will be officially opening in early 2023. 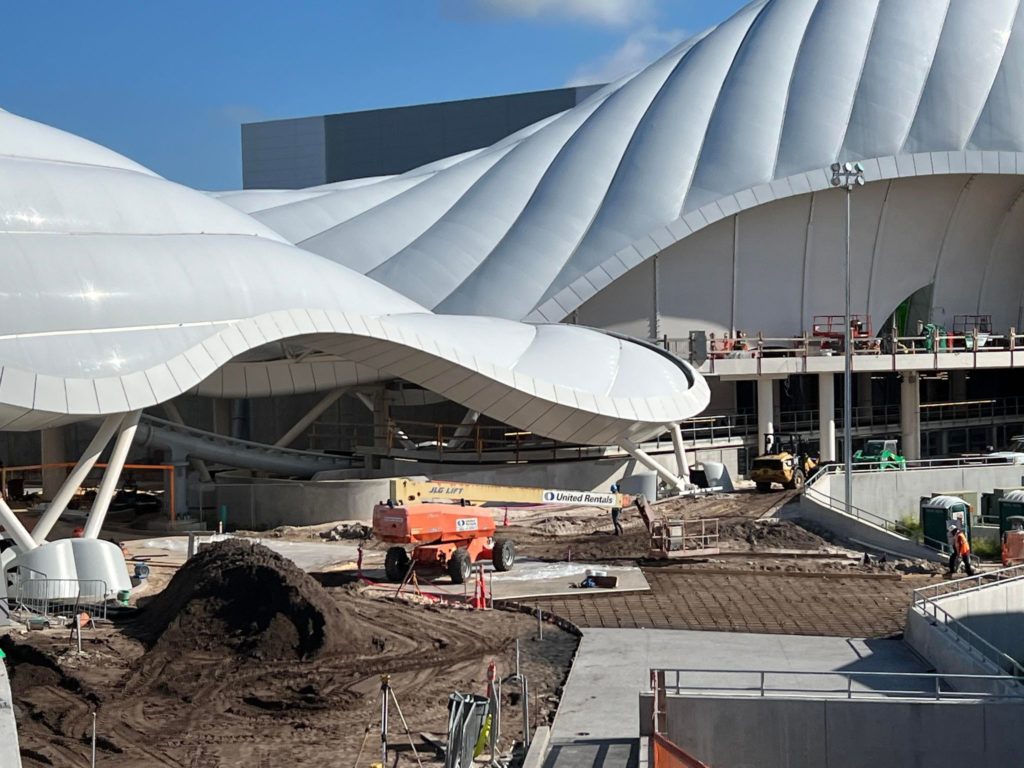 It’s not surprising then that after years of work we are seeing the coaster finally take shape. 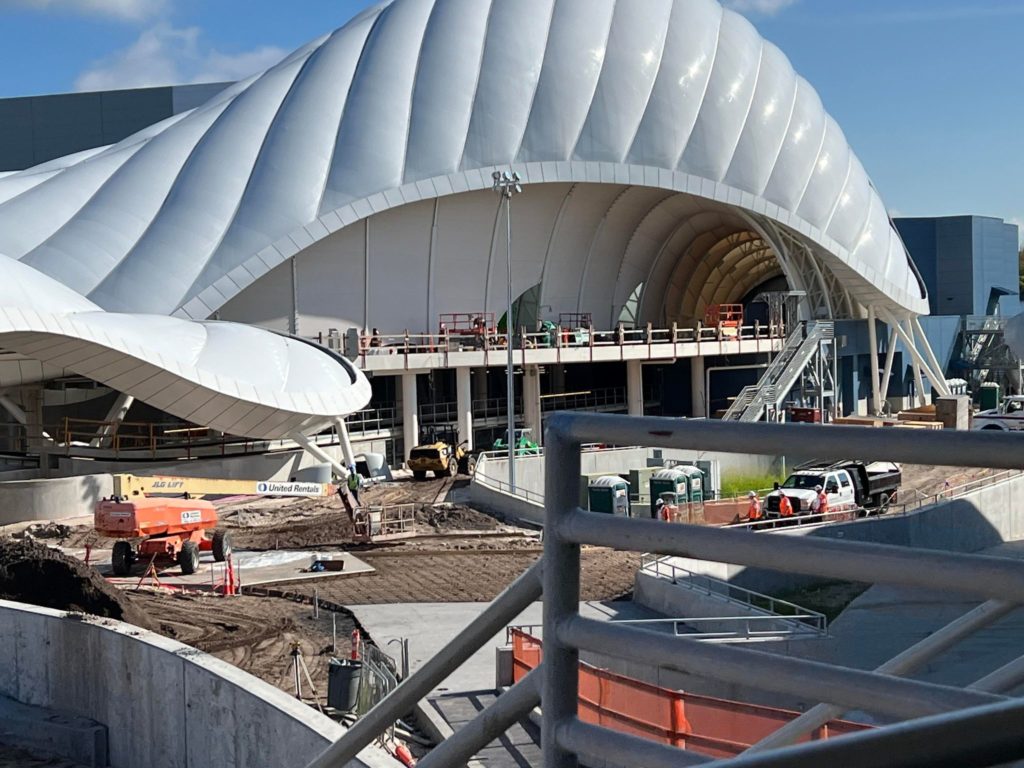 Most of the work to the ride itself has been completed for a while now.  As a matter of fact, Disney President Josh D’Amaro shared a video during D23 of him and other cast members riding the coaster for the first time.  Let’s just say it looks EPIC! 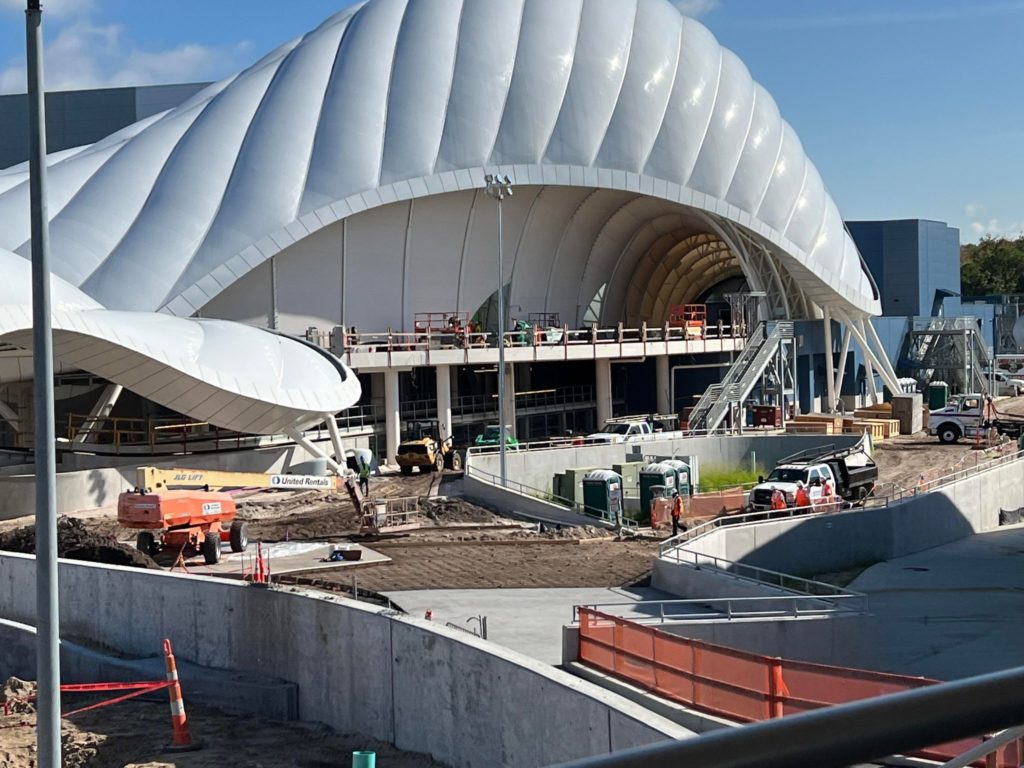 However, as you can see from these images taken today on the Tomorrowland Transit Authority PeopleMover, it is still a bustle of activity and work is being carried out to the grounds and queuing area around the attraction. 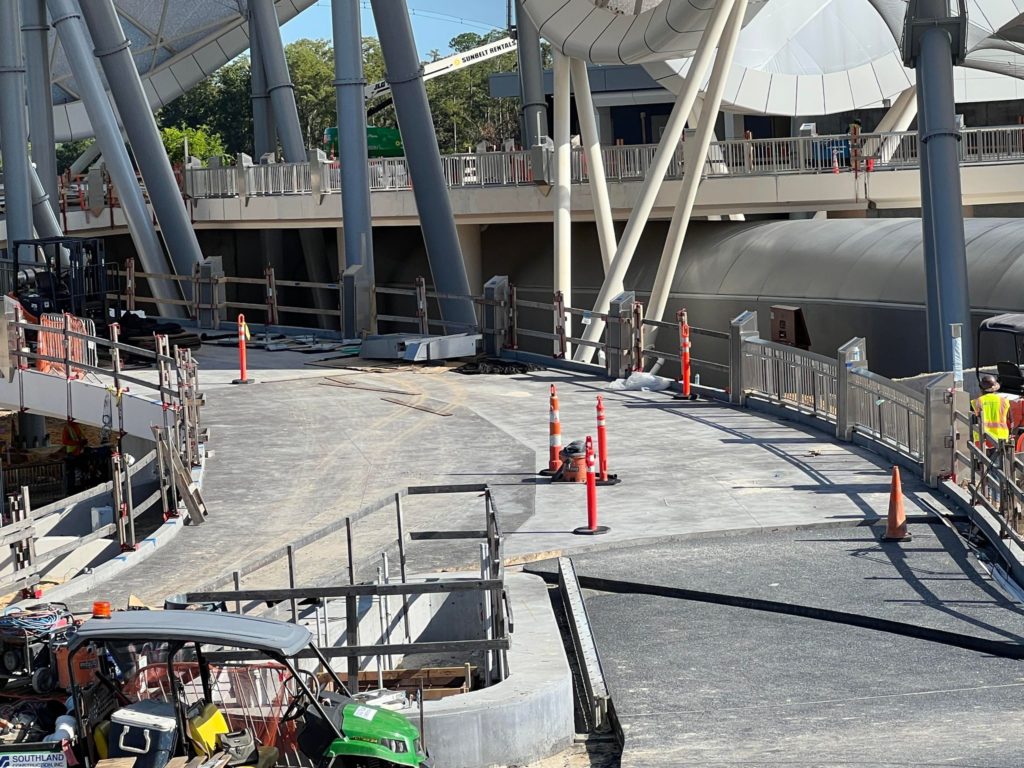 The entrance and exit ramps are looking a bit more completed. It does still look like there is railing work to be done though. 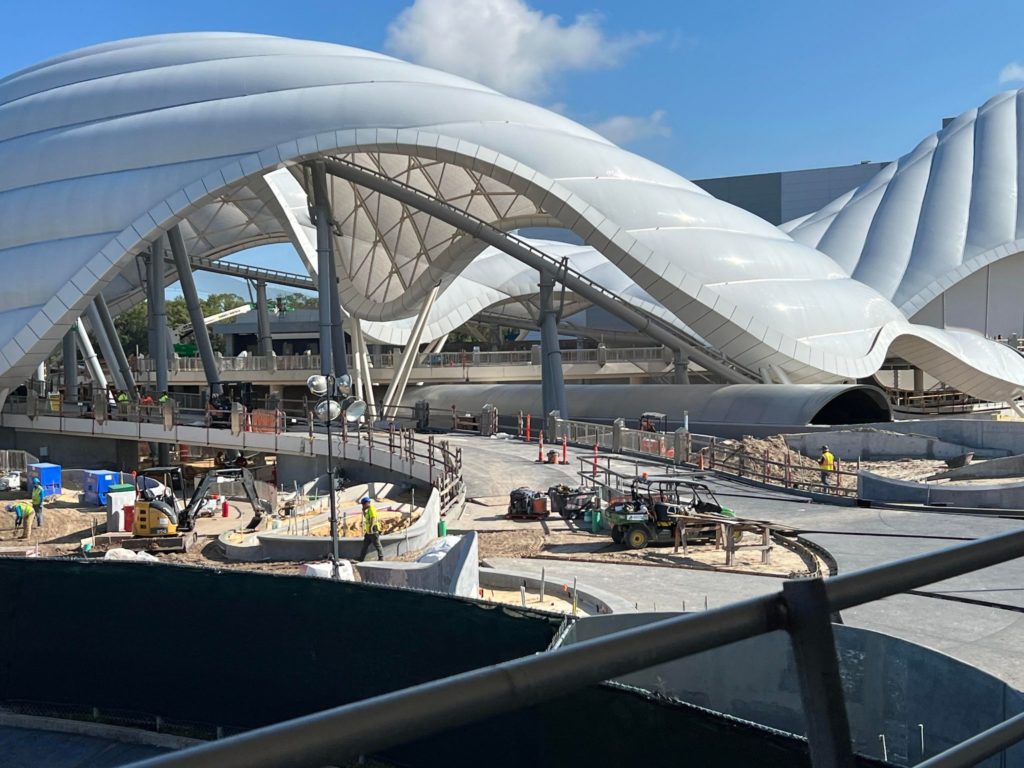 Concrete barrier walls have also gone up to separate the attraction from the neighboring Tomorrowland Speedway. 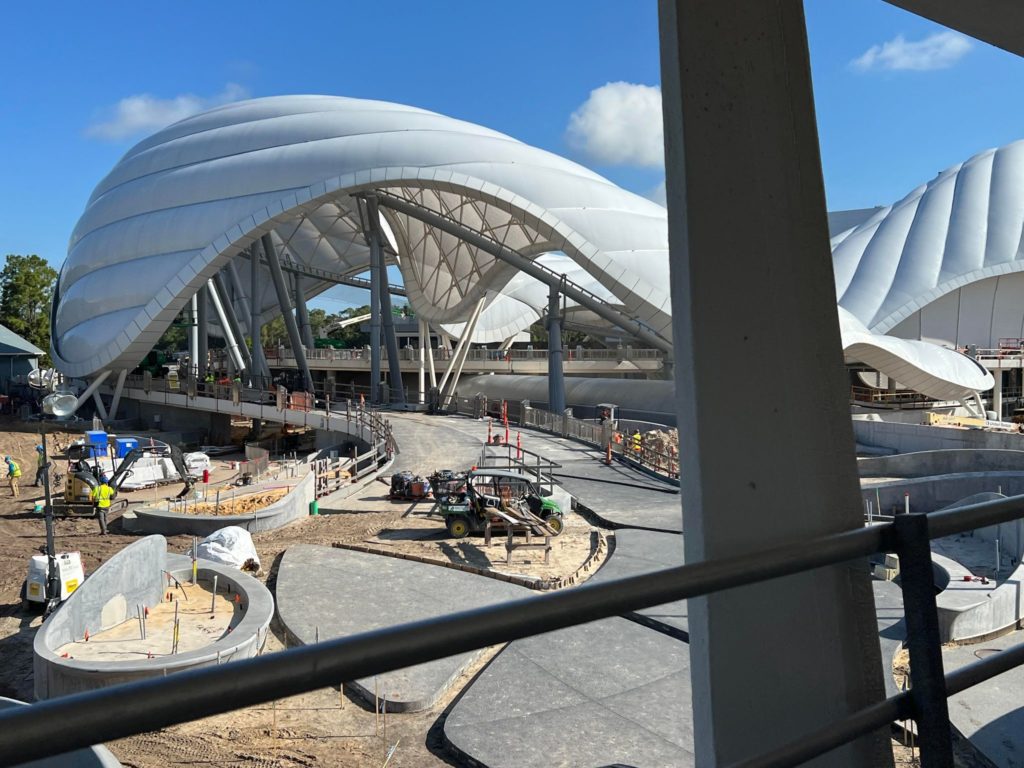 Large concrete slabs have also been laid toward the entrance of the attraction as well as concrete area that could potentially hold the sign for the attraction in the future. 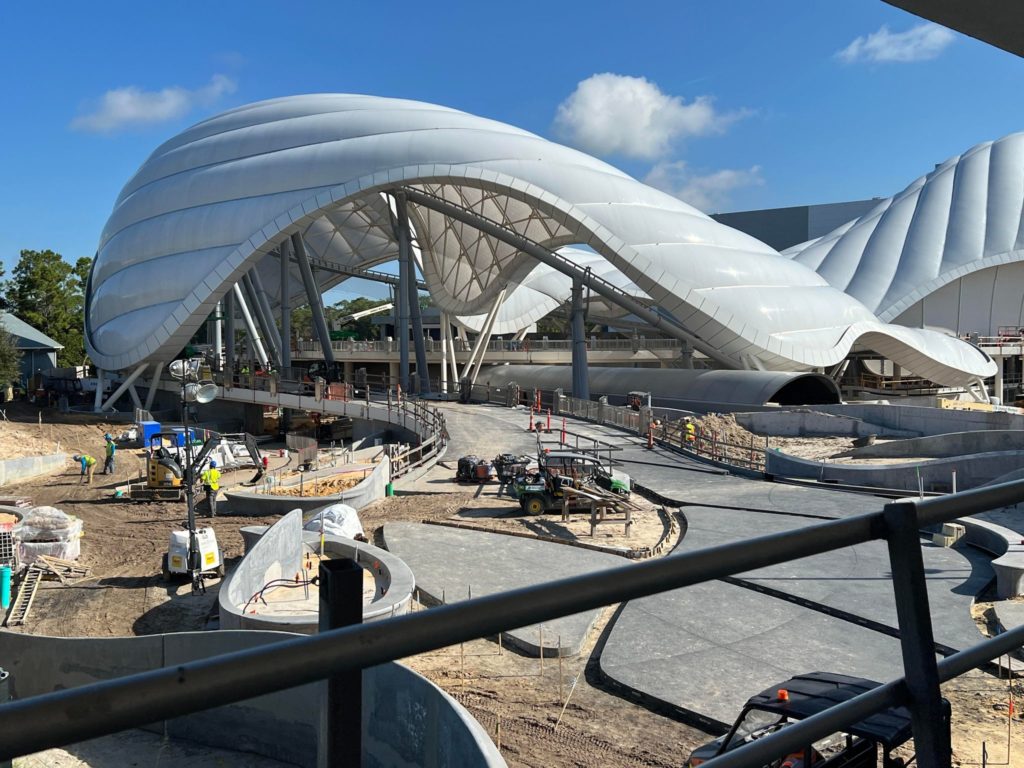 Just under the first canopy, you can also see the tunnel that will be used by the Walt Disney World Railroad! 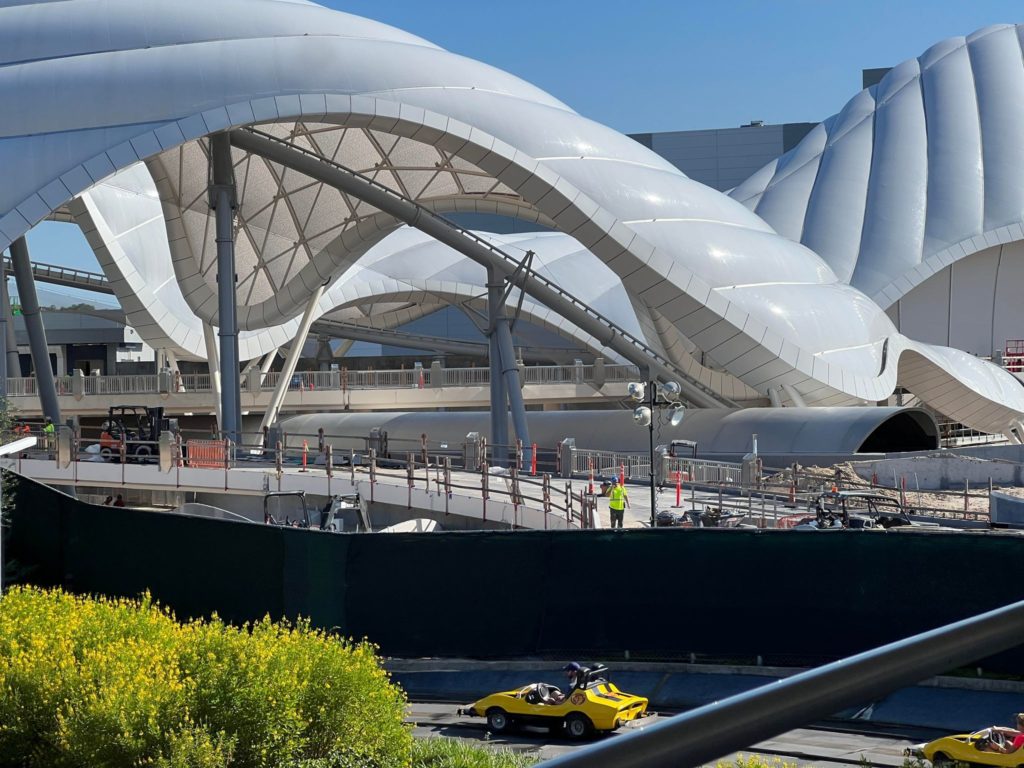 The Railroad is also expected to be up and running around the time as the coaster.  It too has been closed during the TRON Coaster construction period. 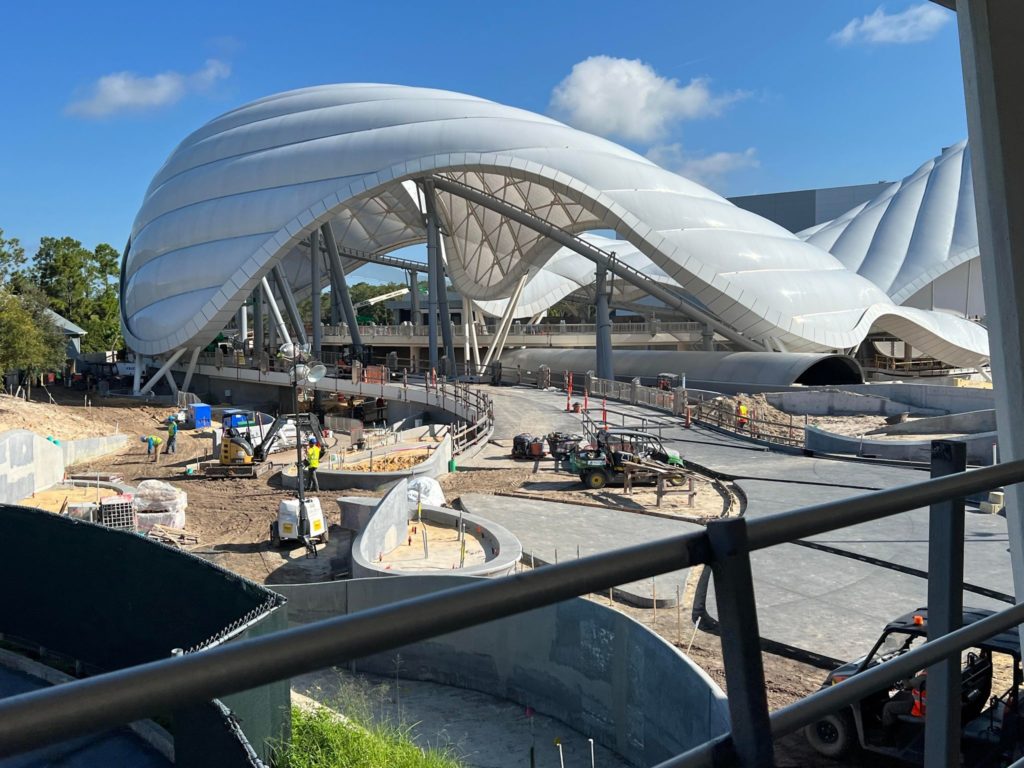 With several months still left to go, we’ll continue to keep you updated on how construction is progressing on the attraction. 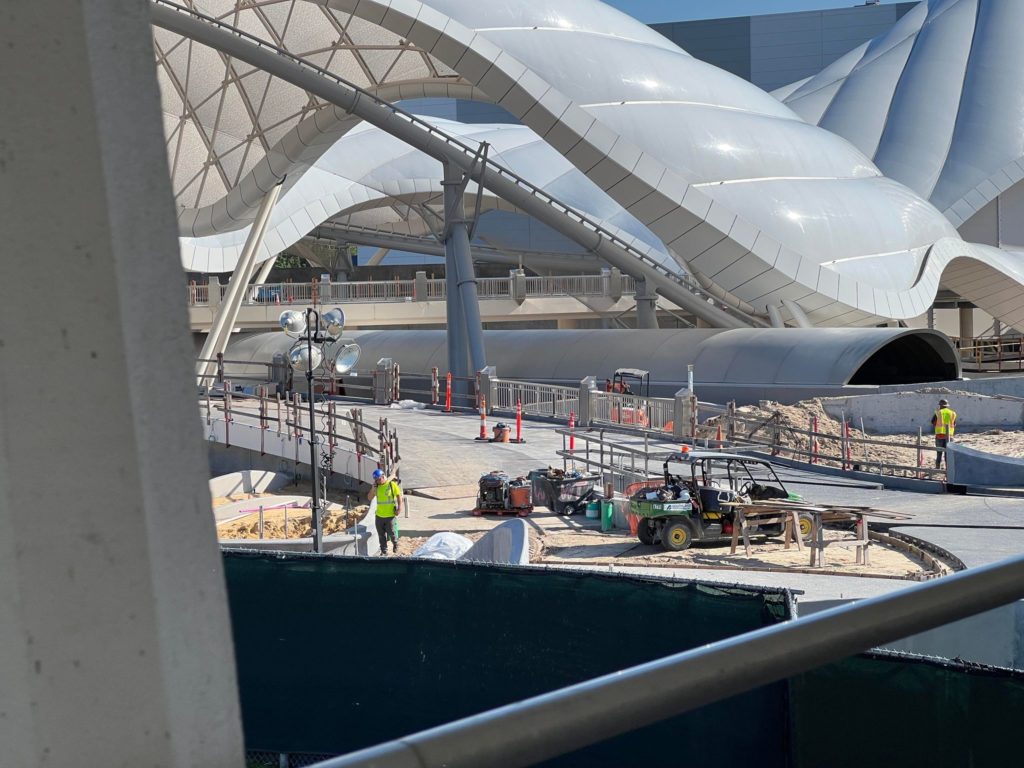 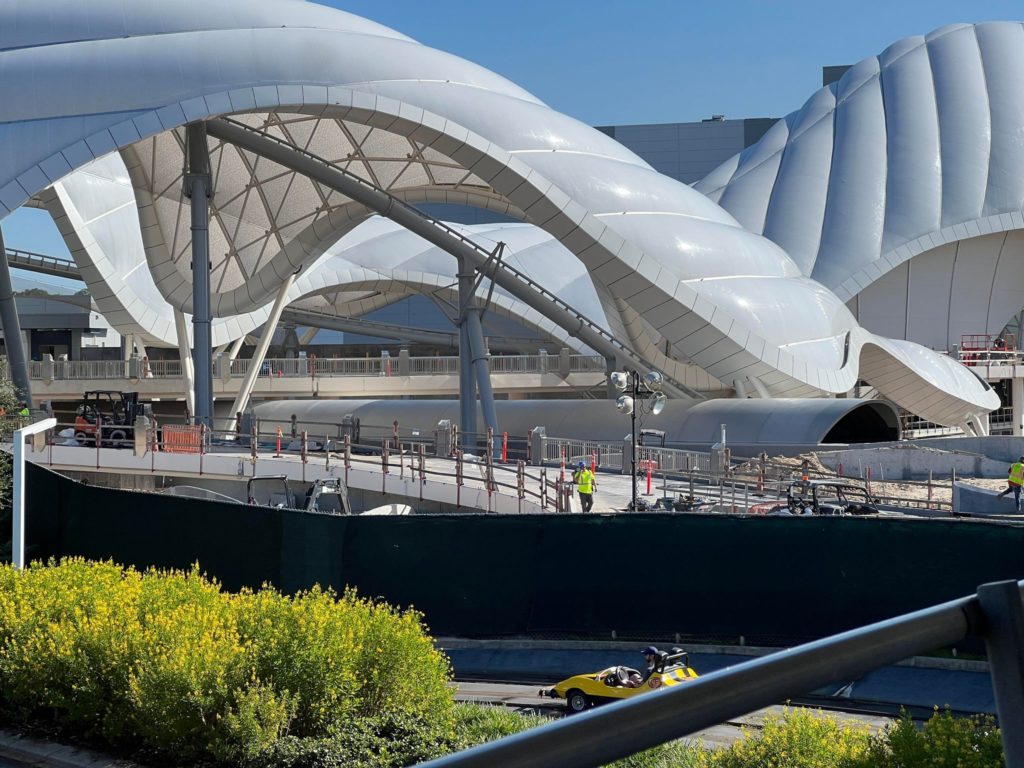