EPCOT is getting ready to celebrate its 40th birthday on October 1st.  To mark this momentous occasion, Disney has gathered an eclectic array of characters together for filming this morning. 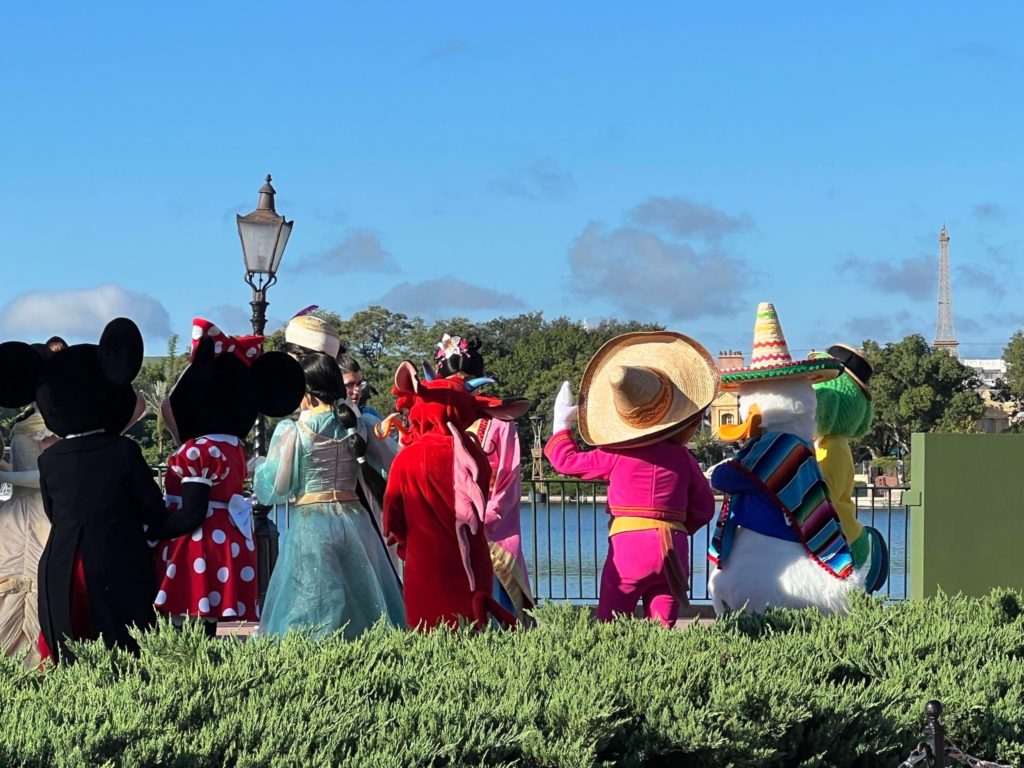 Along the banks of the World Showcase Lagoon, we managed to catch Mickey, Minnie, Aladdin, Jasmine, Mushu, Mulan and more! 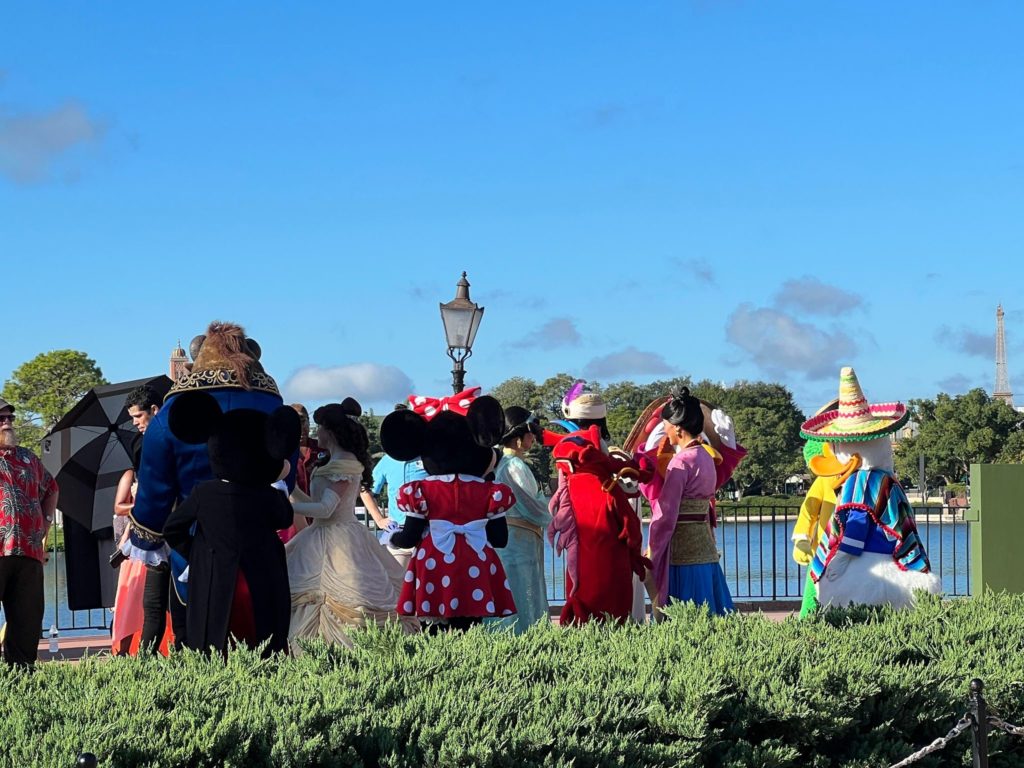 You can also see The Three Caballeros including Donald! 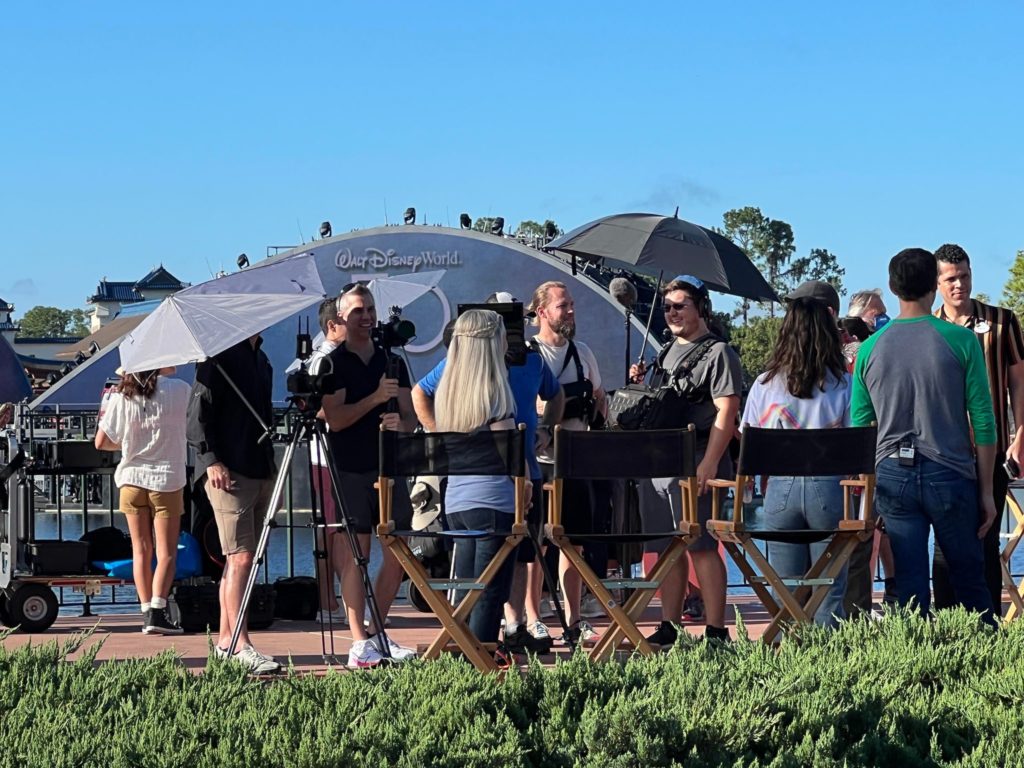 In addition to the characters, we also noticed that Ashley Eckstein was onsite this morning. 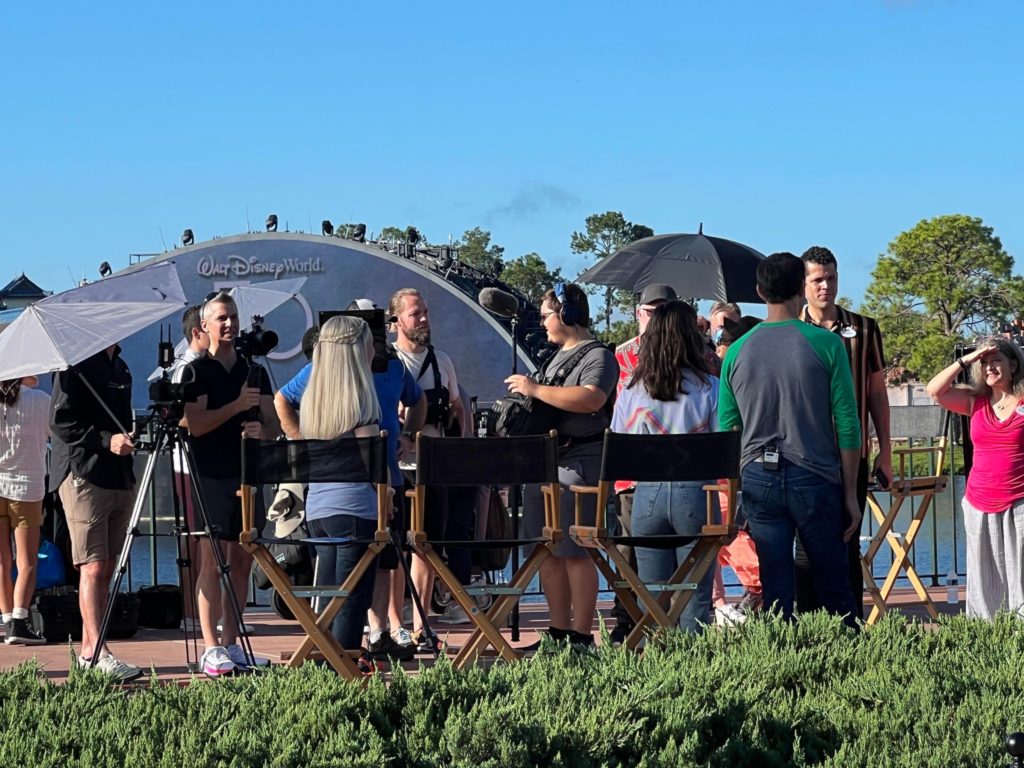 For those unfamiliar, Ashley is a regular when it comes to Disney events and promotions.  She was a host of several of the events at the D23 Expo in Anaheim earlier this month. 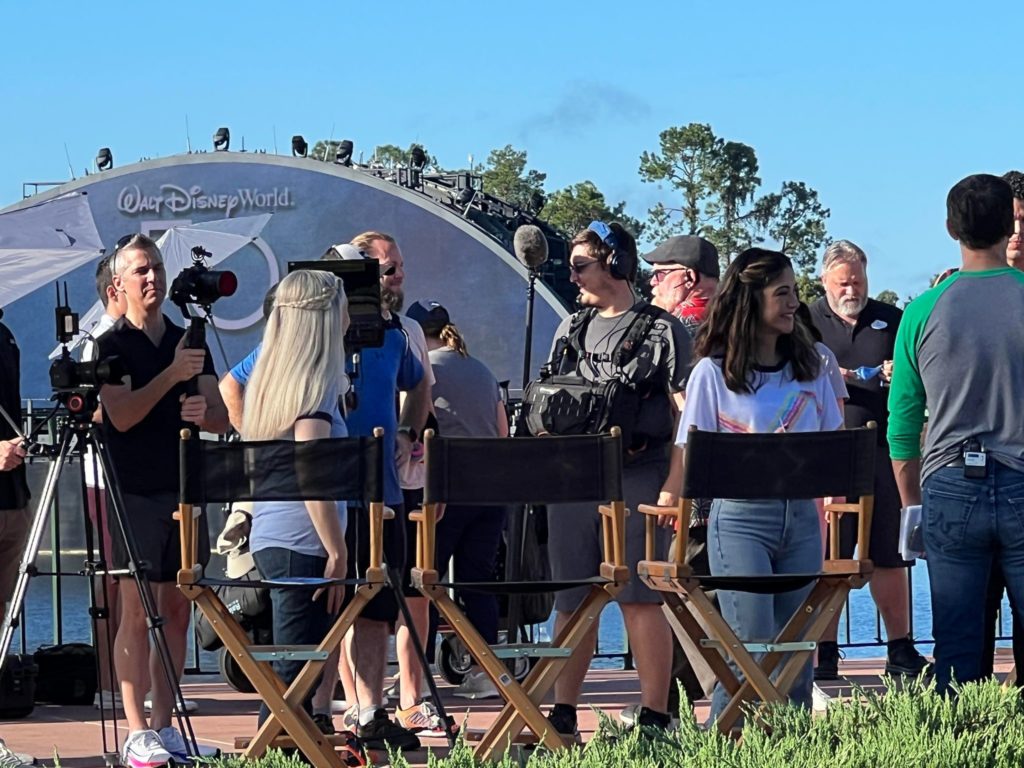 Ashley is also owner of Her Universe and Our Universe which is known for its clothing and accessories inspired by pop culture including Disney. 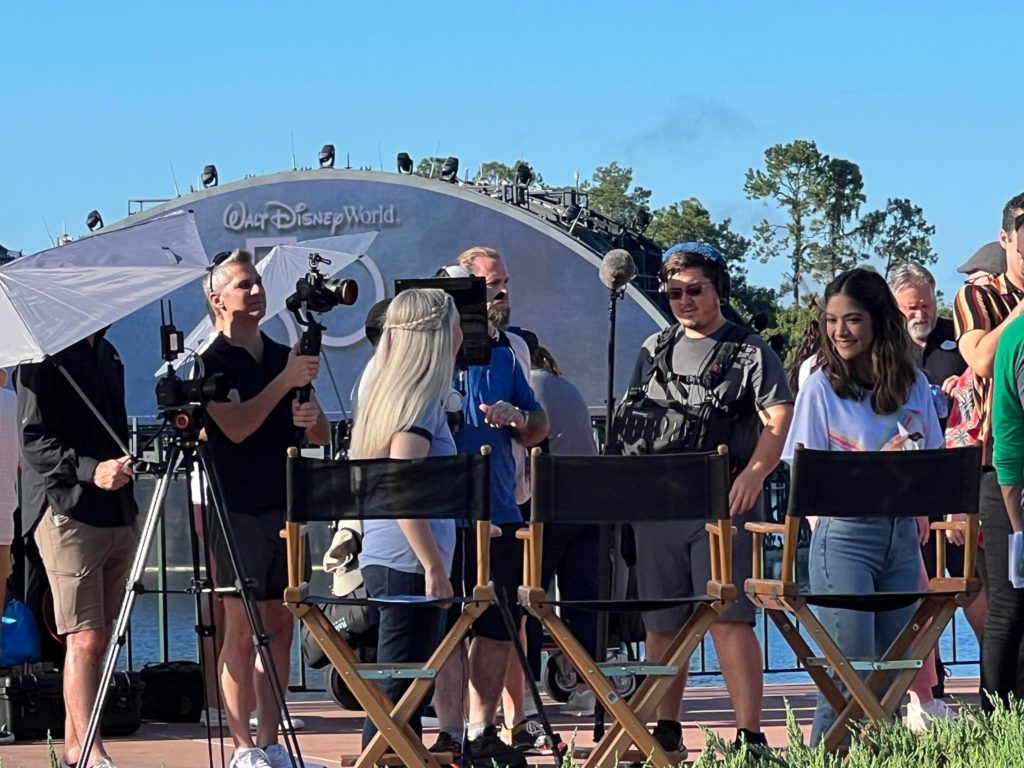 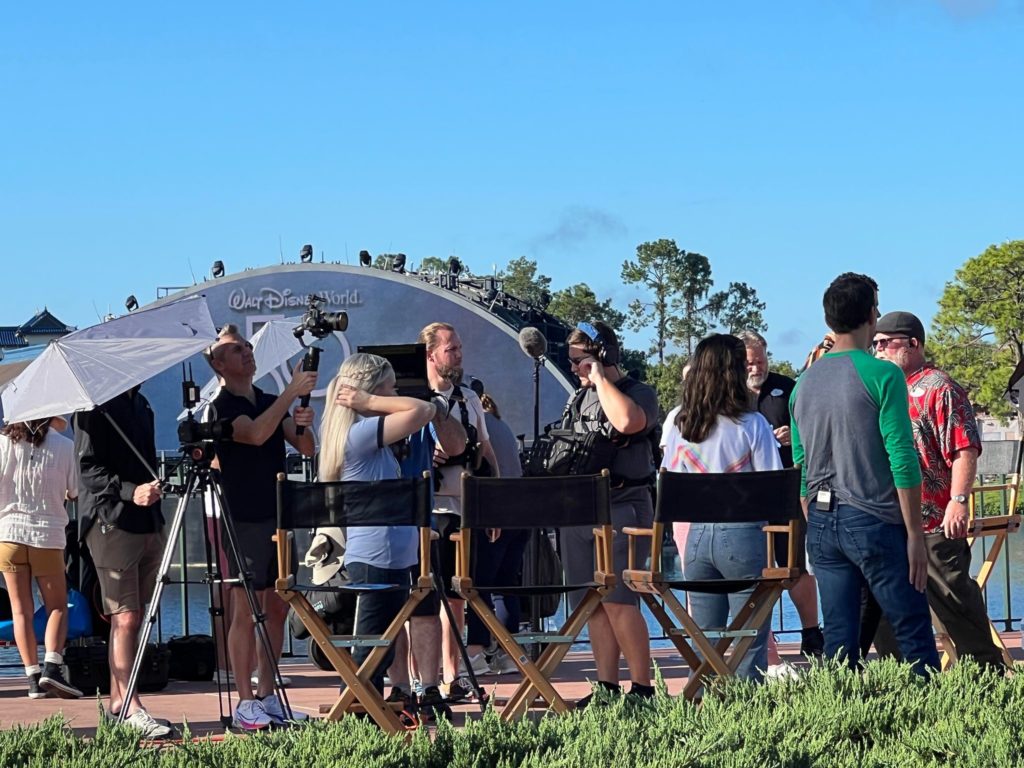 We did chat with a cast member on the scene this morning who advised that the filming is for a 40th Anniversary spot. 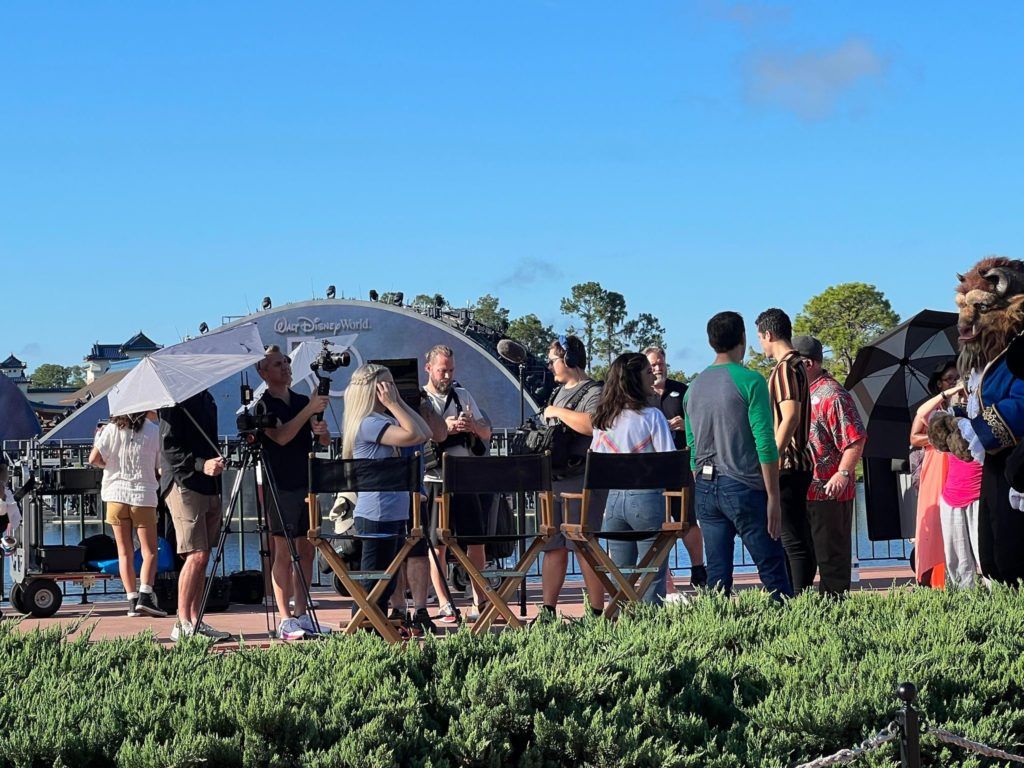 We were advised to be on the lookout for the finished product which will be released from planDisney on October 1st. 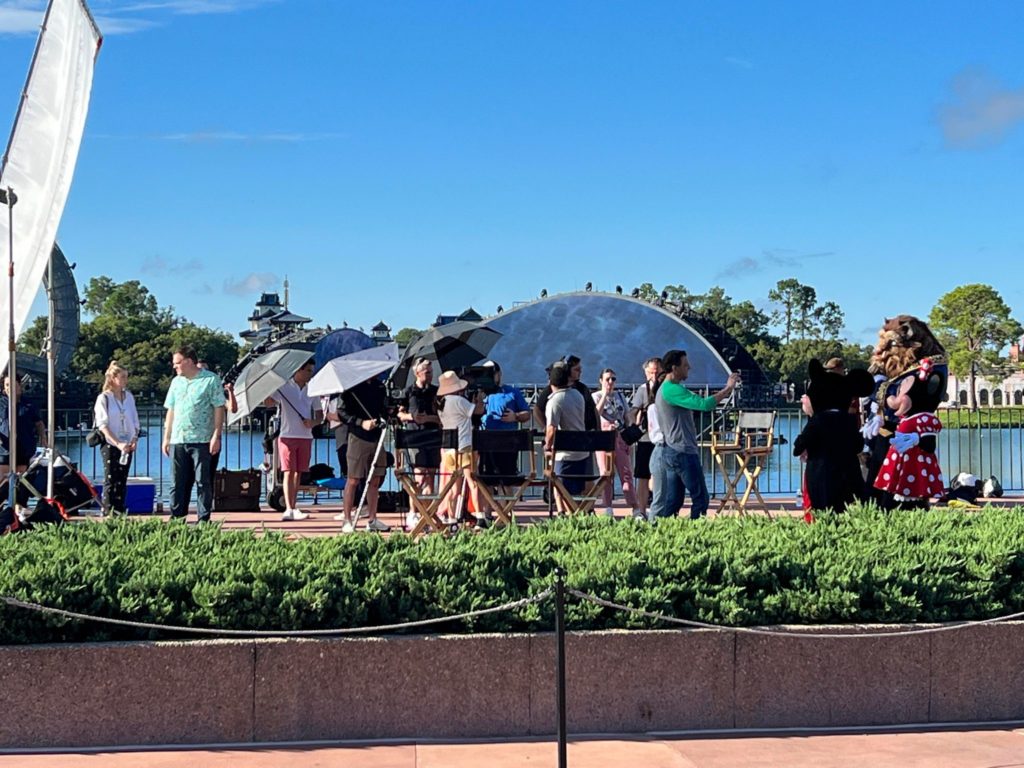 We suspect that Disney will be unveiling other exciting ways to celebrate EPCOT’s 40th birthday over the next few weeks! 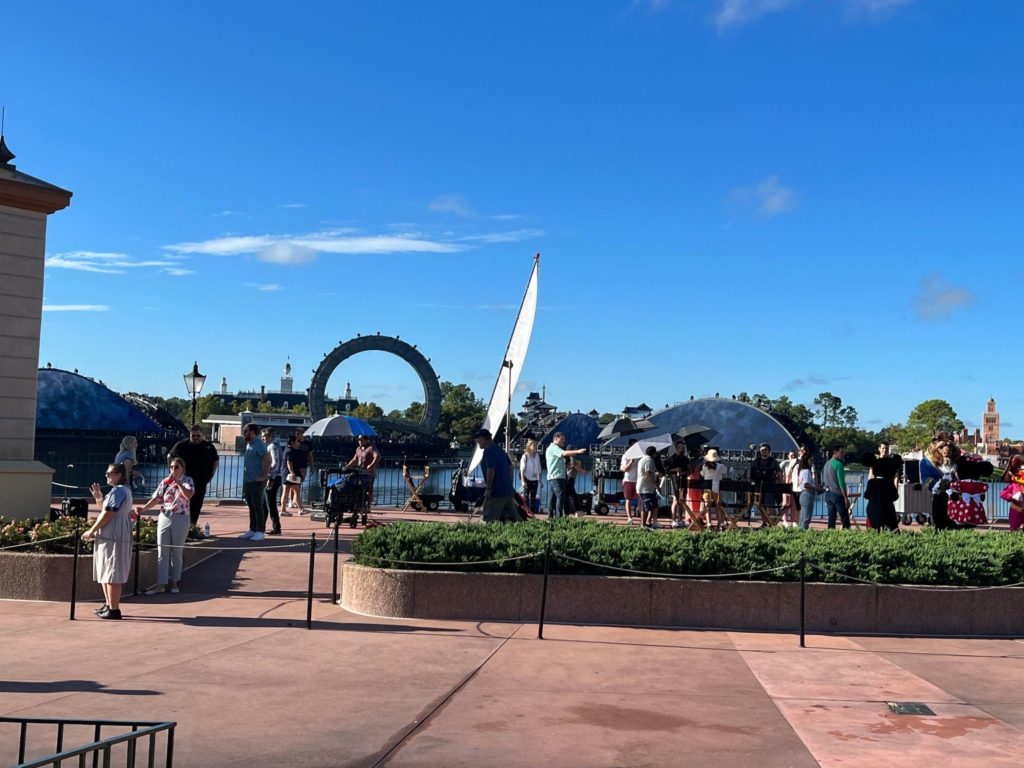 This is a story that we will continue to follow closely and promise to keep you updated!

Unfortunately we weren’t able to capture the filming itself as they did close the area off. 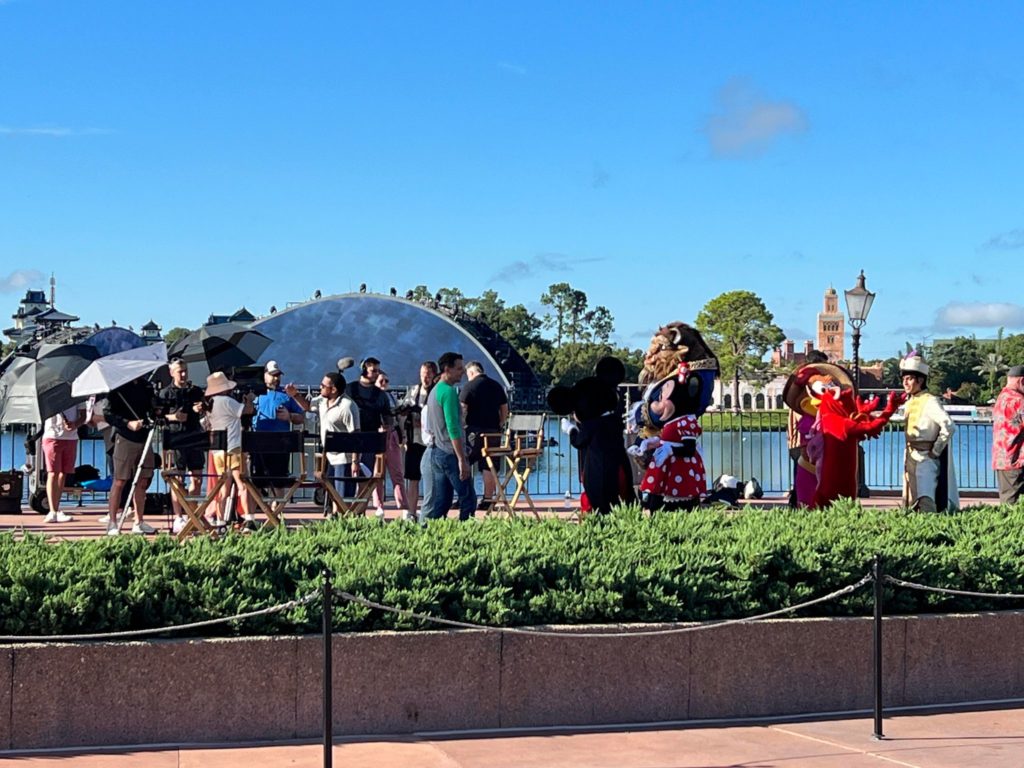 However, we did manage to grab a few videos pre-production. You can check them out below: