Andor Merch and Artwork Popping Up at Disney’s Hollywood Studios

The latest Star Wars series heading to Disney+ makes its debut in a week and already we’re seeing merch and advertising at Disney’s Hollywood Studios.  Our MickeyBlogger was on the scene today and noticed a bit of an Andor takeover starting to happen.  Take a look at some of the updates below:

We popped over to Keystone Clothiers where we noticed a three new shirts as well as a Cassian Andor bag. 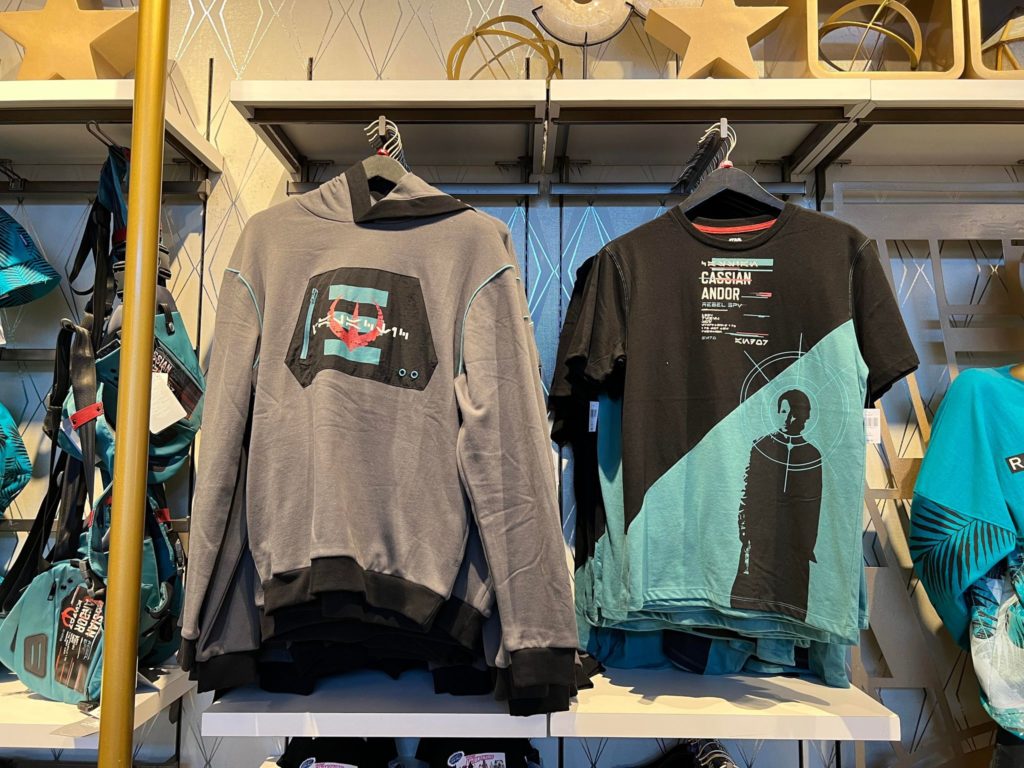 For the shirts, we’ve got a short-sleeve tee, long-sleeve t-shirt and hoodie. 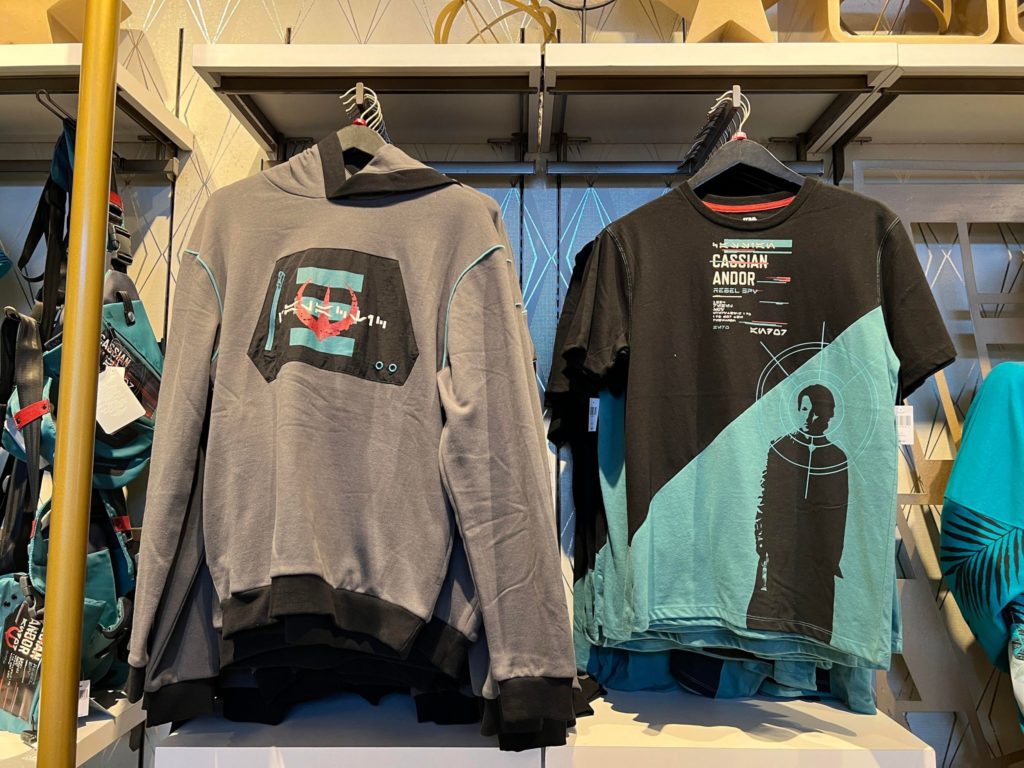 The hoodie features the Andor emblem on the front along with black cuffs and hood. 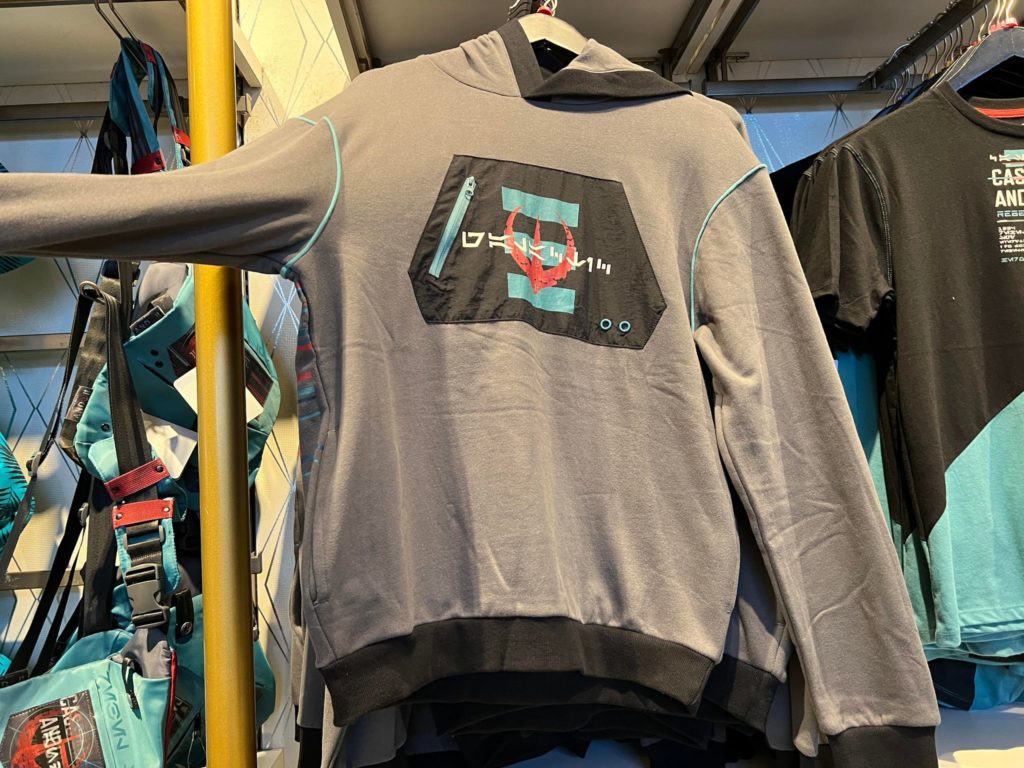 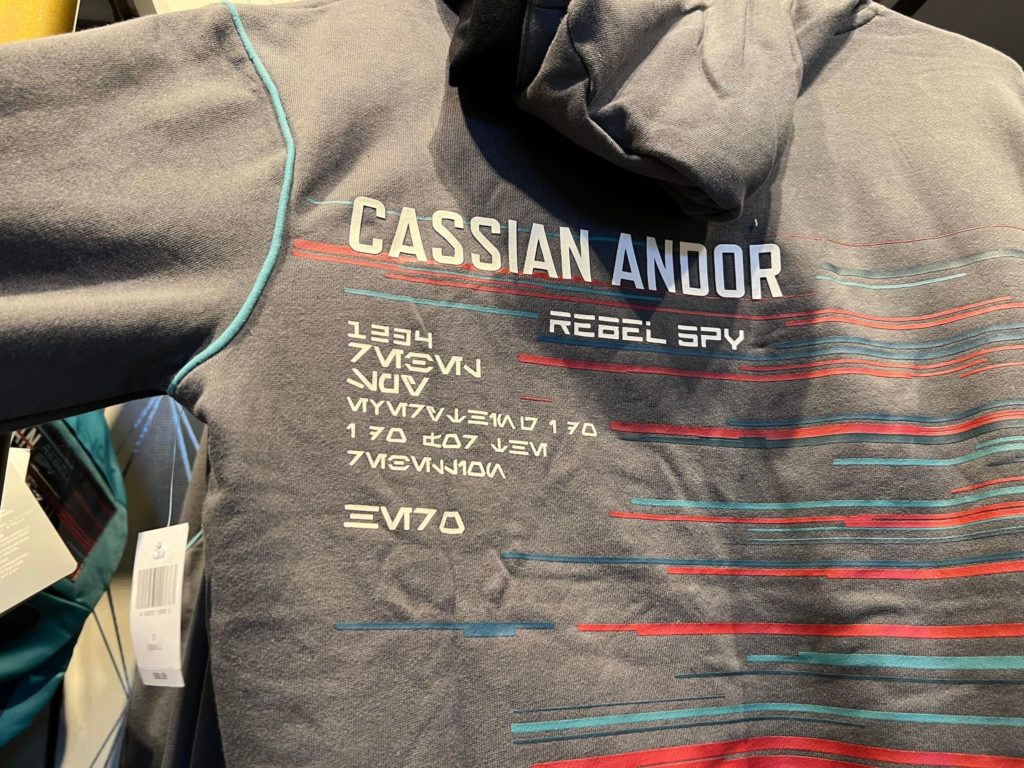 The back of the shirt reads “Cassian Andor: Rebel Spy” 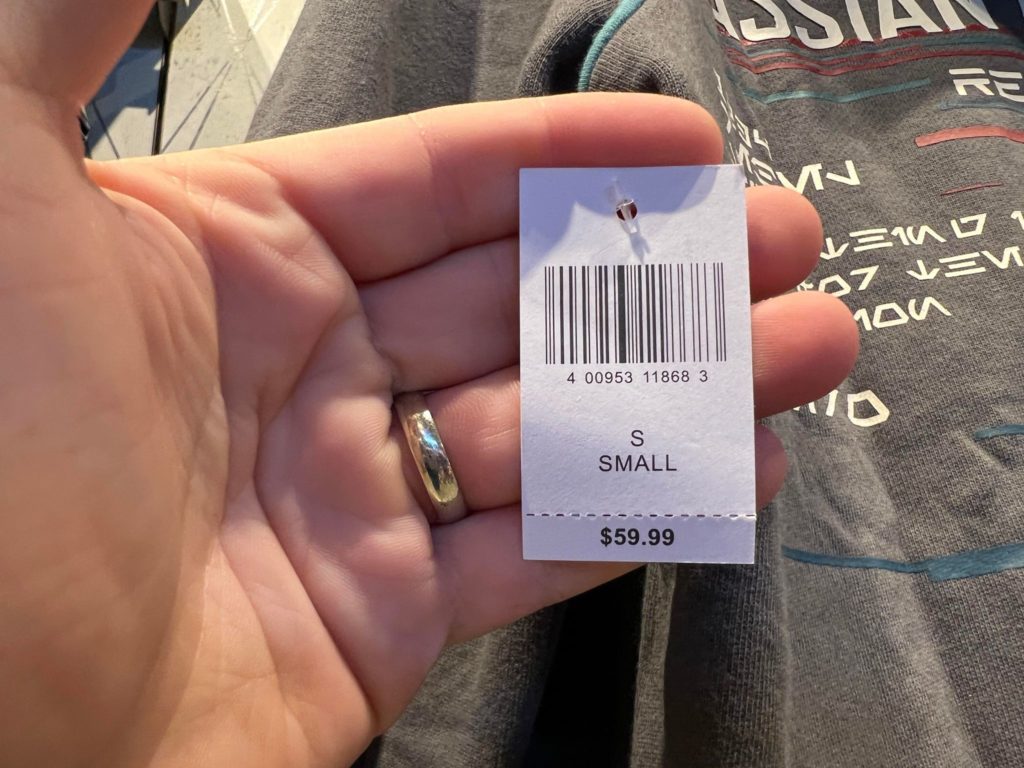 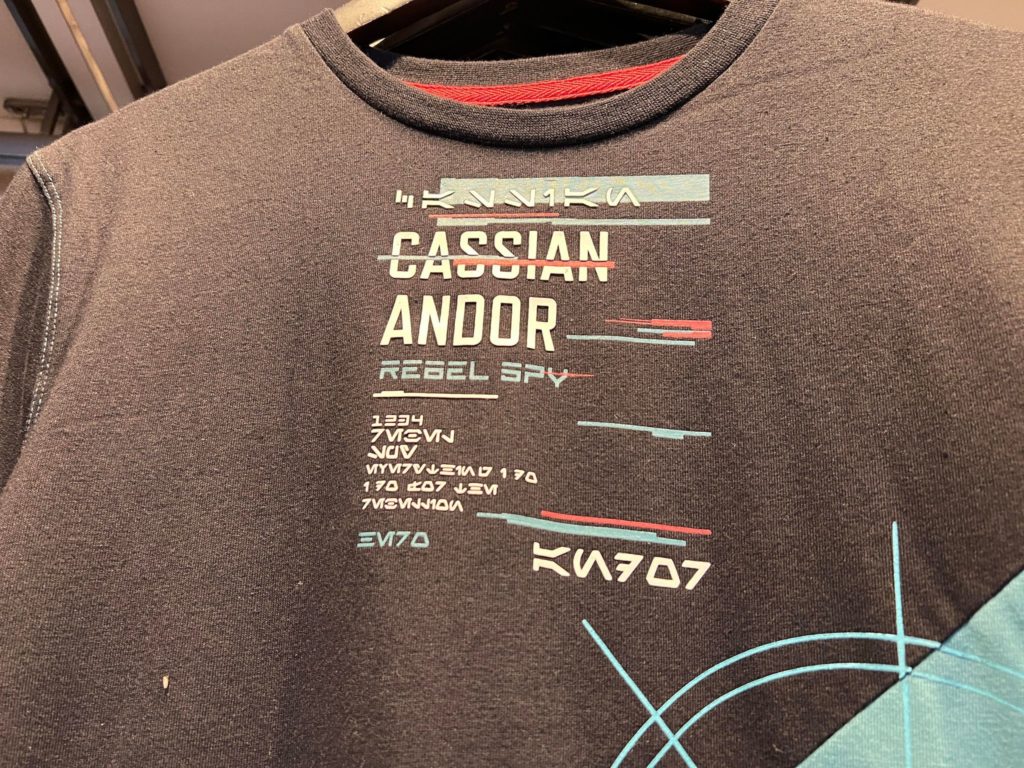 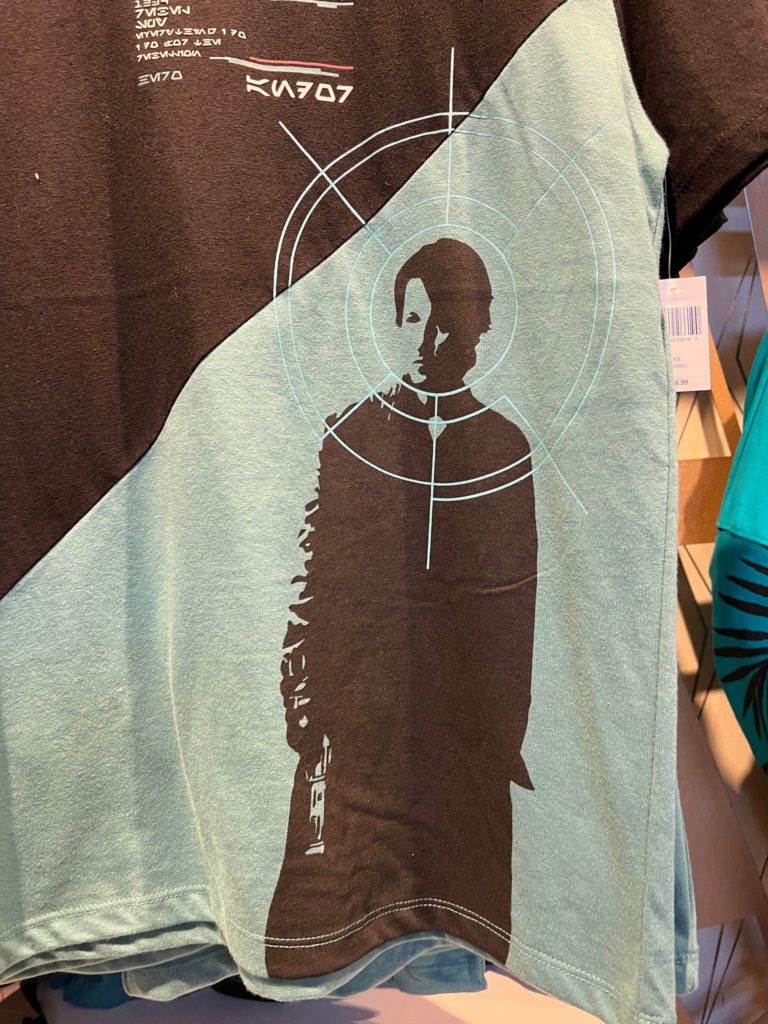 The t-shirt also features a graphic of the title character. 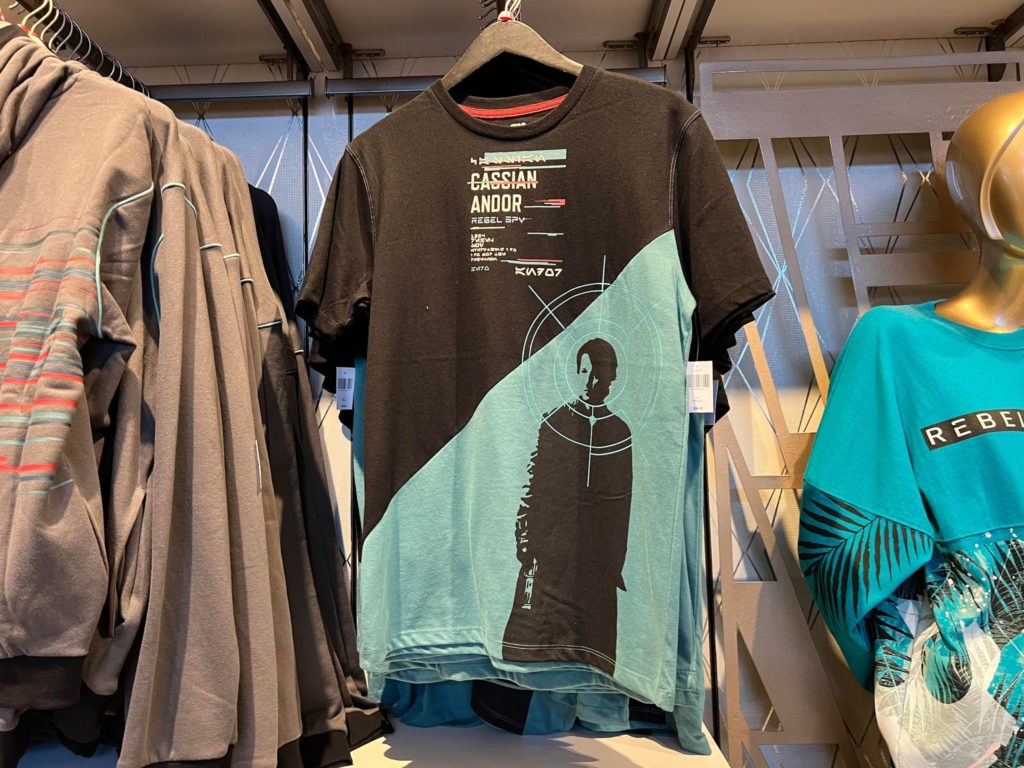 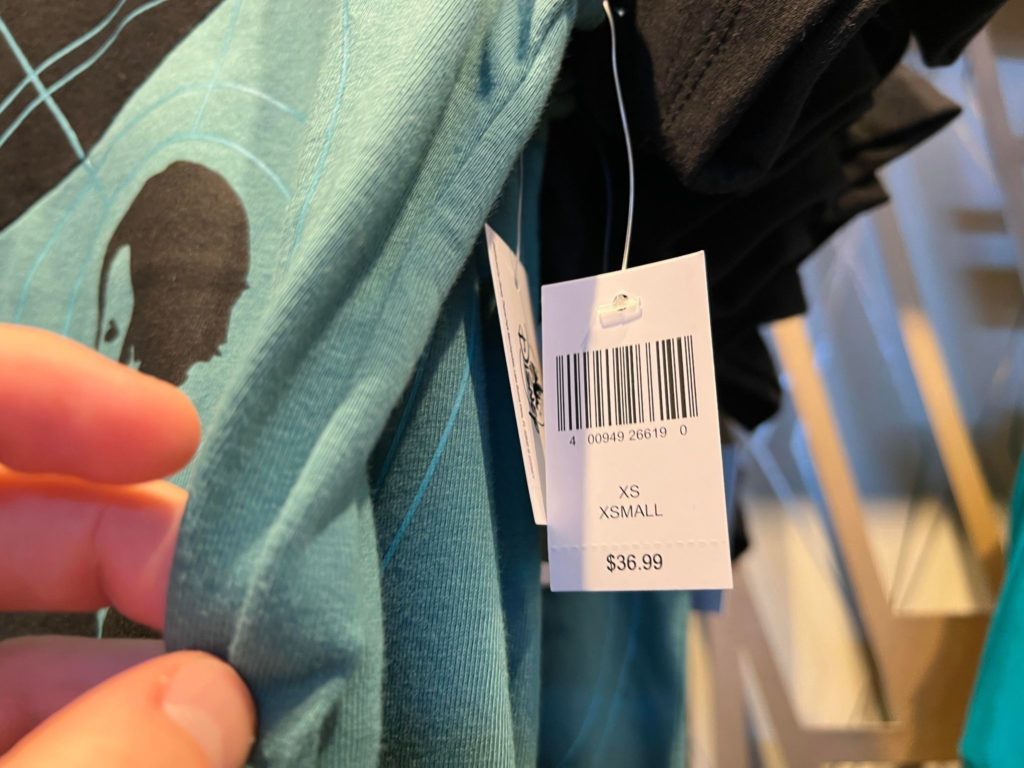 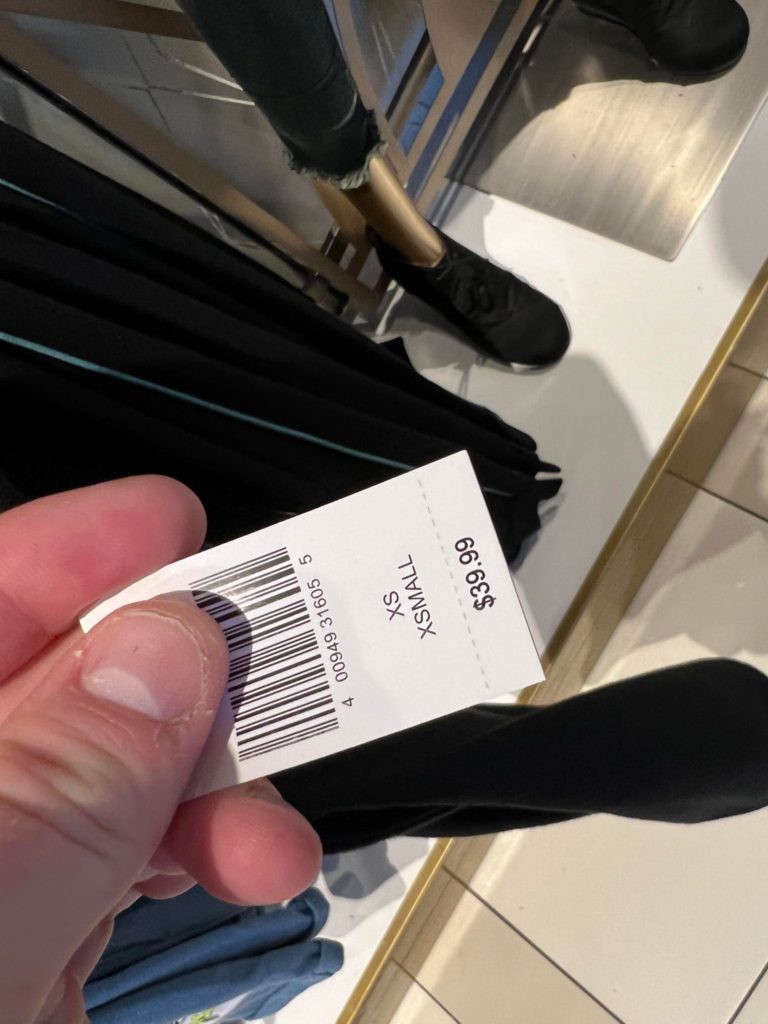 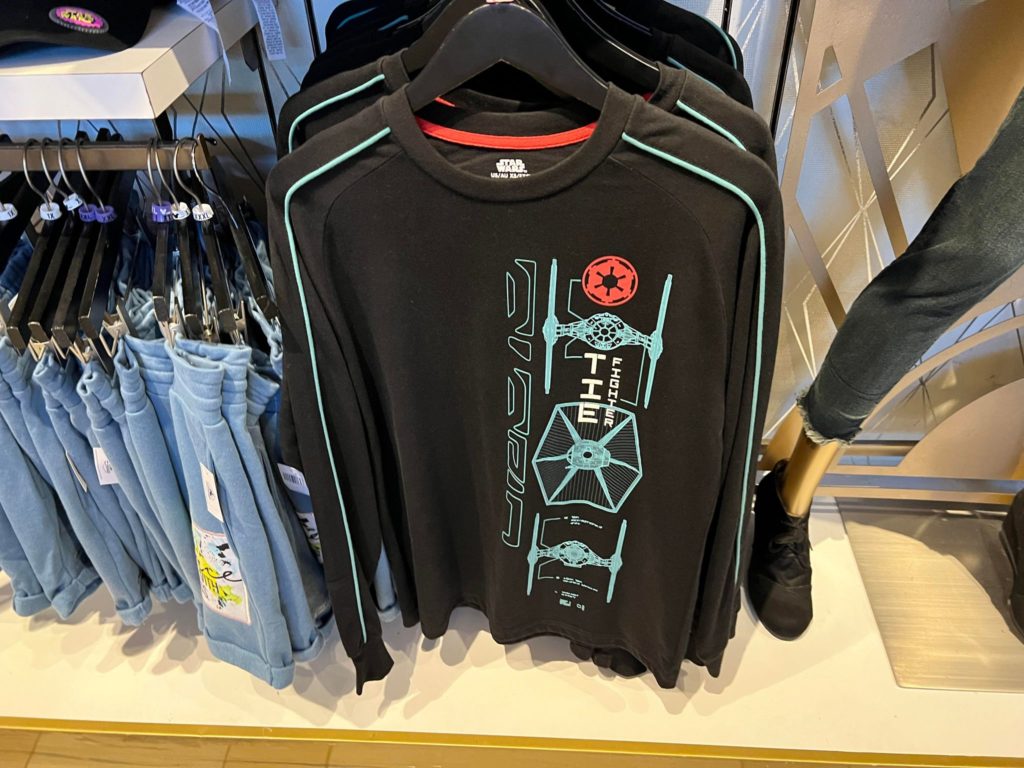 It features a Tie Fighter graphic on the front. 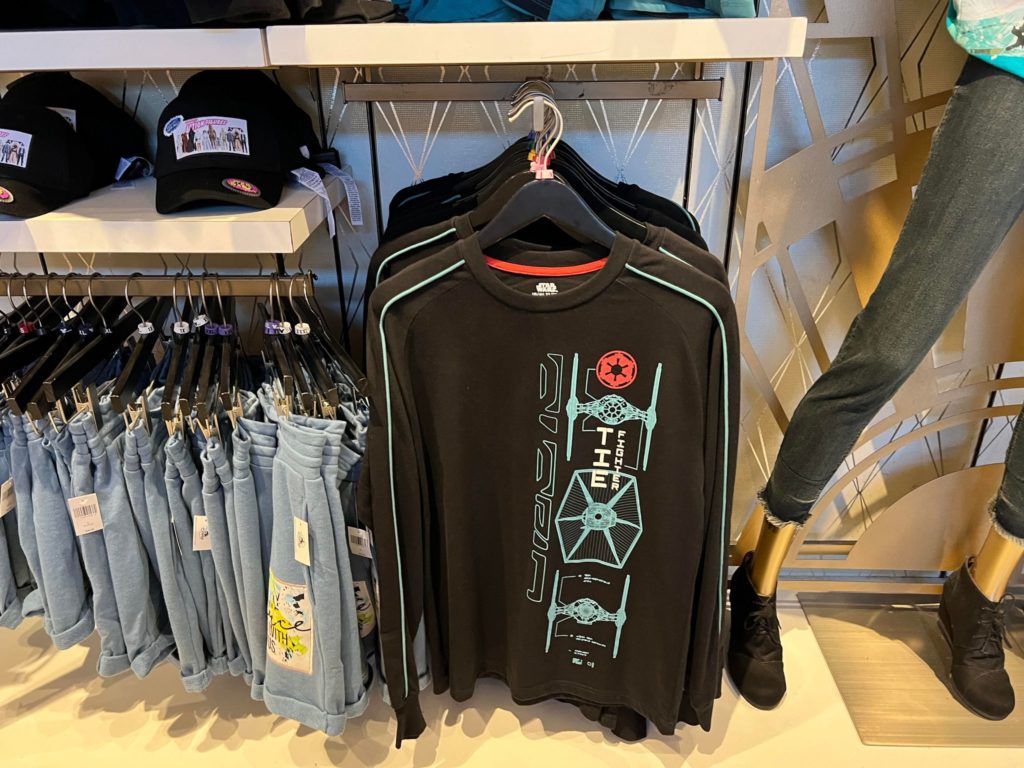 The shirt also features turquoise ribbing down the sleeve. 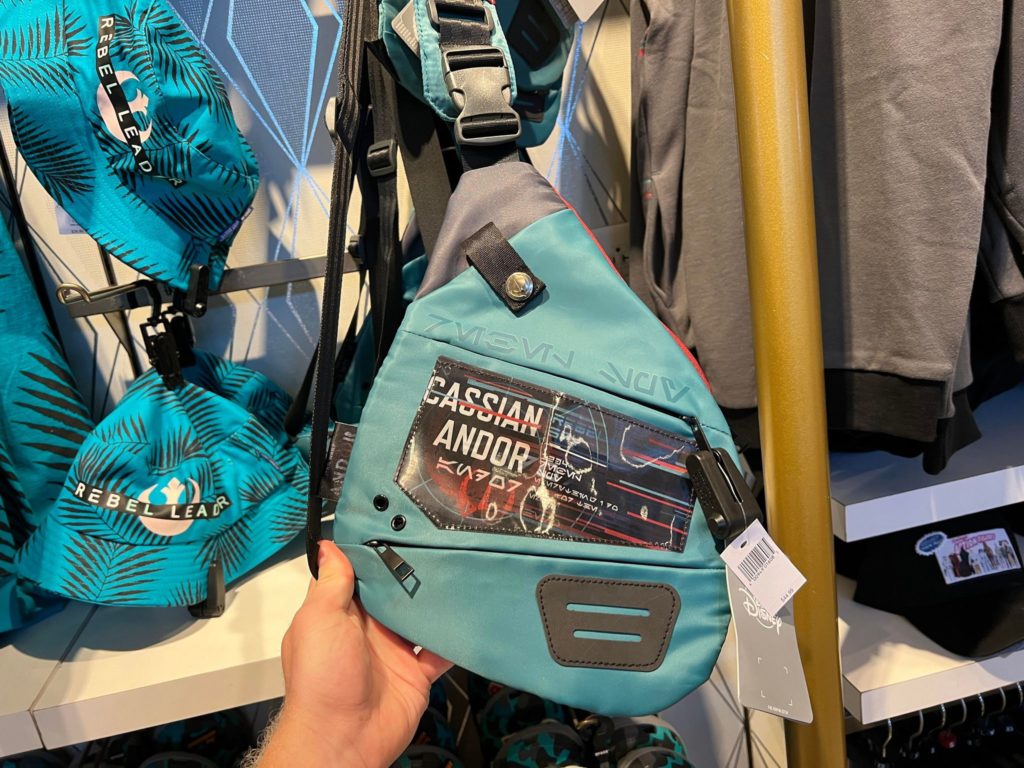 Lastly, there’s a sling bank in the same fabulous shade of blue. 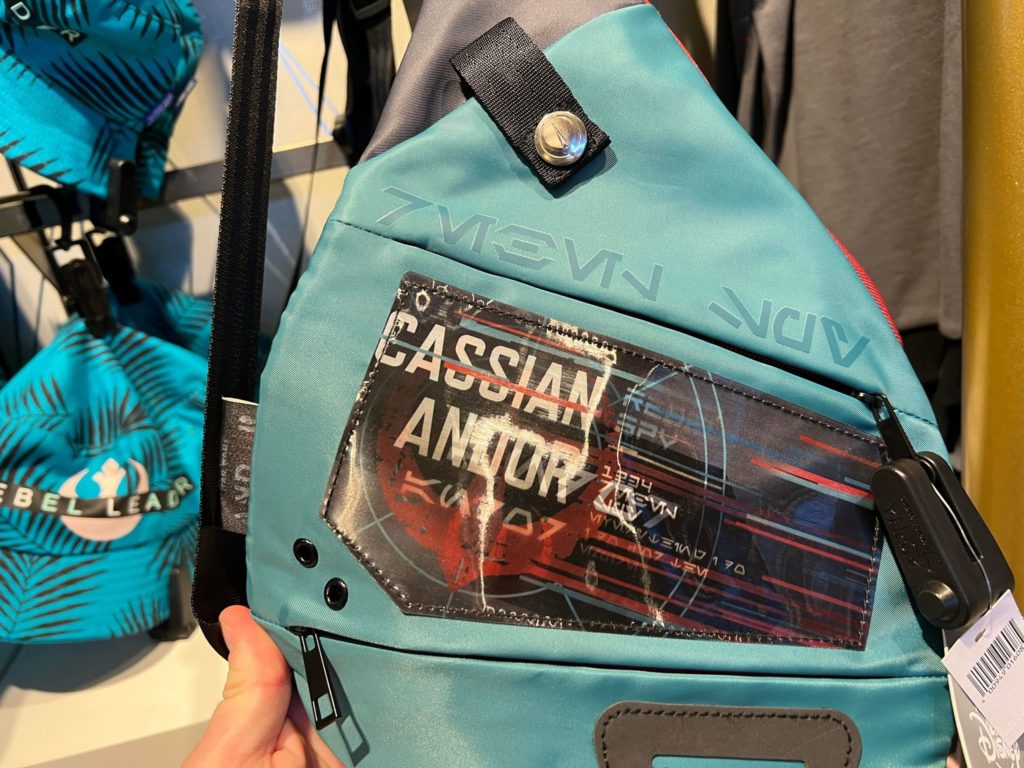 The bag features a black, white and red Cassian Andor graphic on the front. 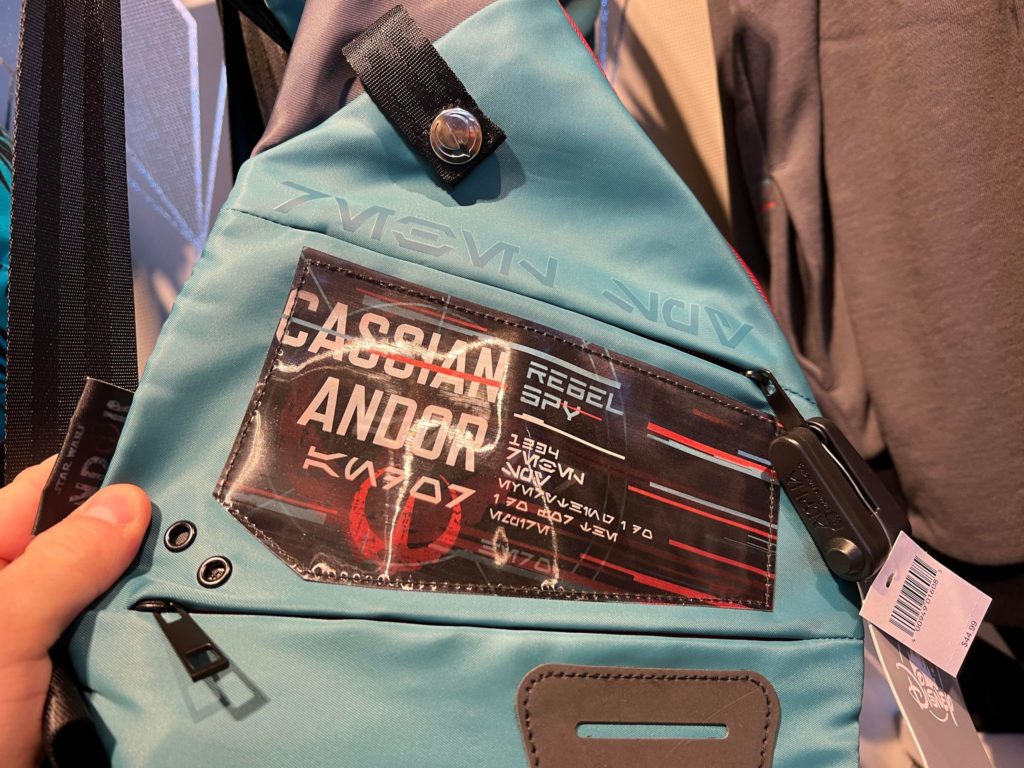 You’ll find plenty of pouches for all your belongings and adjustable shoulder straps. 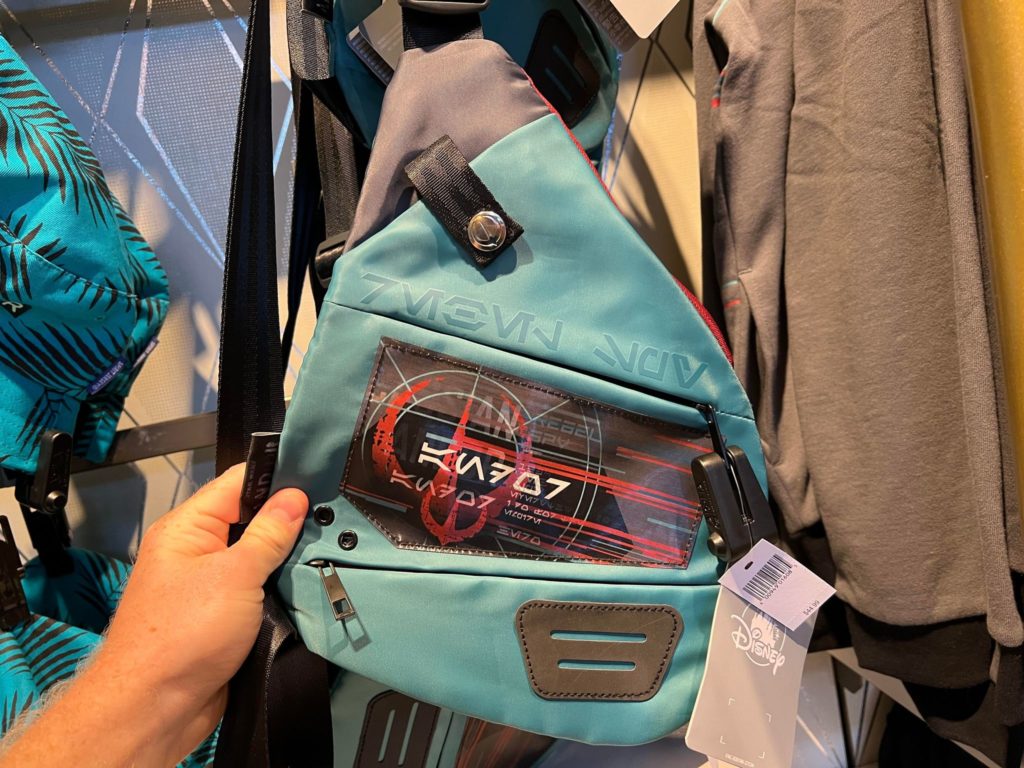 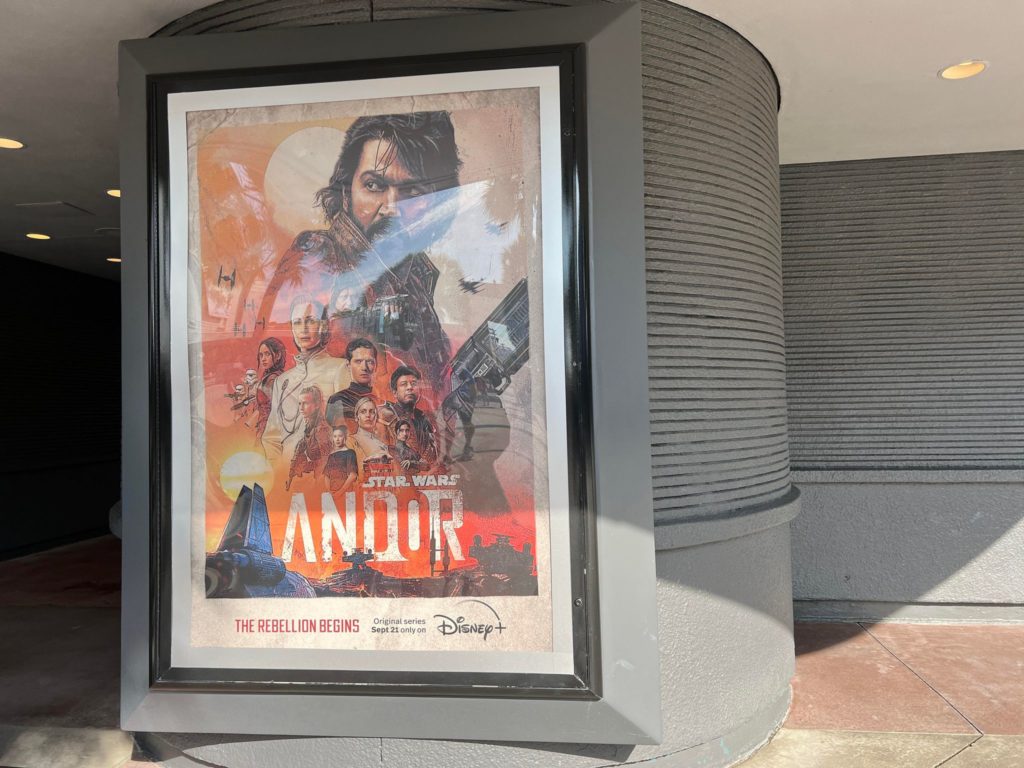 As we wondered around Hollywood Studios we also noticed lots of Andor signage popping up. 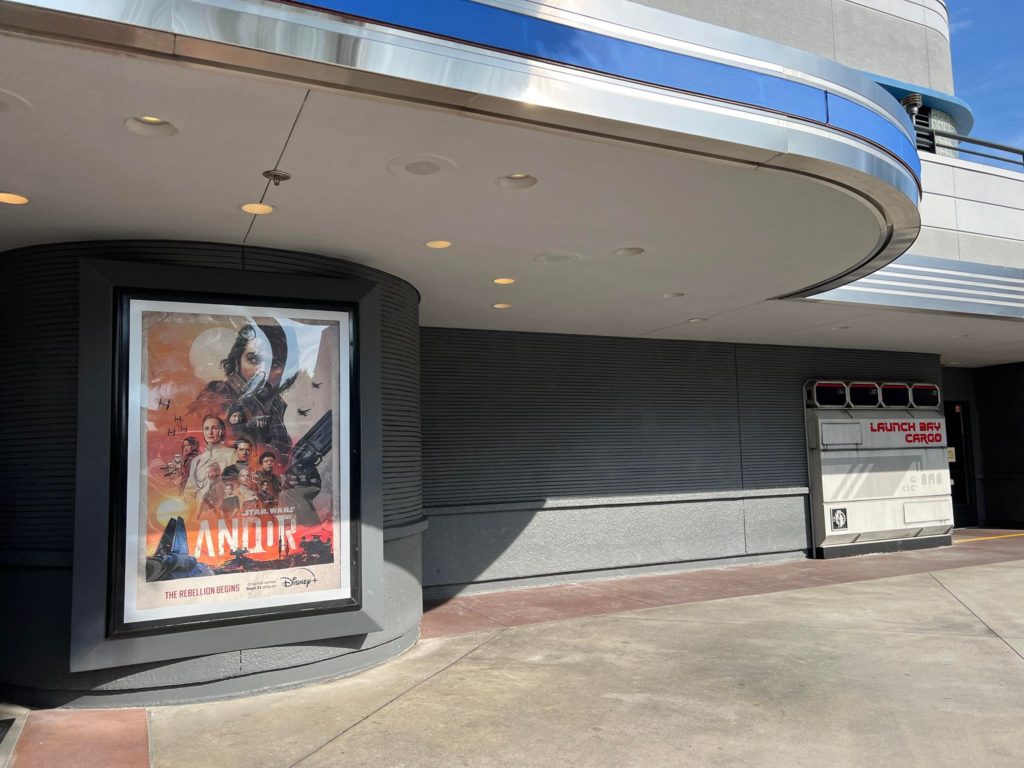 This included full-size movie posters in the marquee areas. 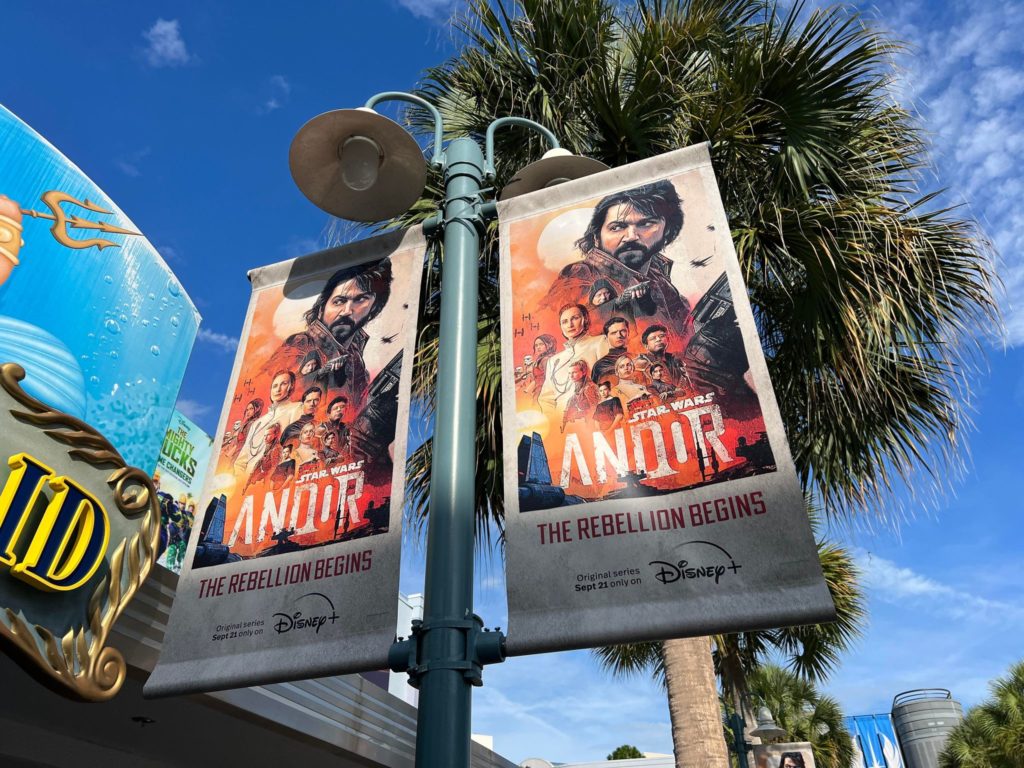 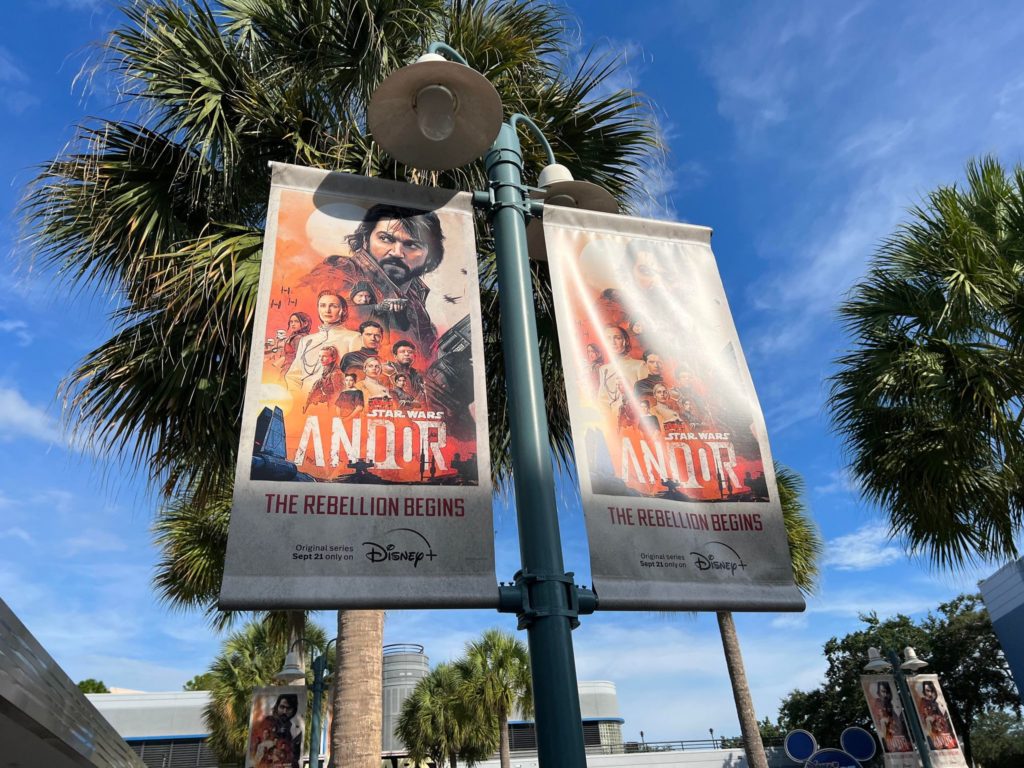 I don’t know about you but this certainly has us excited to see the new series when it comes out.

You can take a look at the trailer below:

For those unfamiliar, the show is a prequel taking place before the events of Rogue One (which is set before the first Star Wars movie.) Returning to the project are Diego Luna as Cassian Andor as well as Forest Whitaker as Saw Gerrera.