We have details about a brand new Disney trading card game! Disney Lorcana is the company’s anwer to Magic the Gathering and the Pokémon Trading Card Game. Set to make its global debut in Fall 2023, Disney Lorcana has been developed in collaboration with Ravensburger. Some luck fans received the first seven cards at the D23 Expo this past weekend! 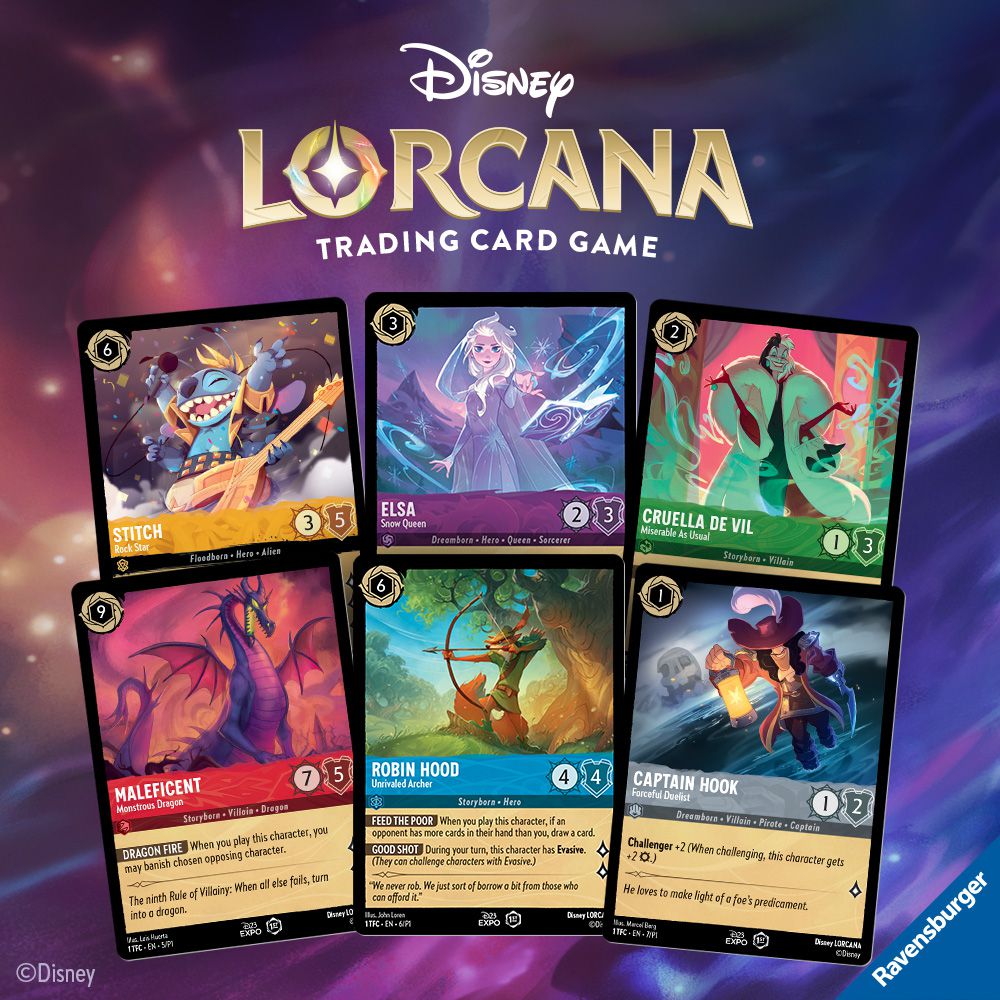 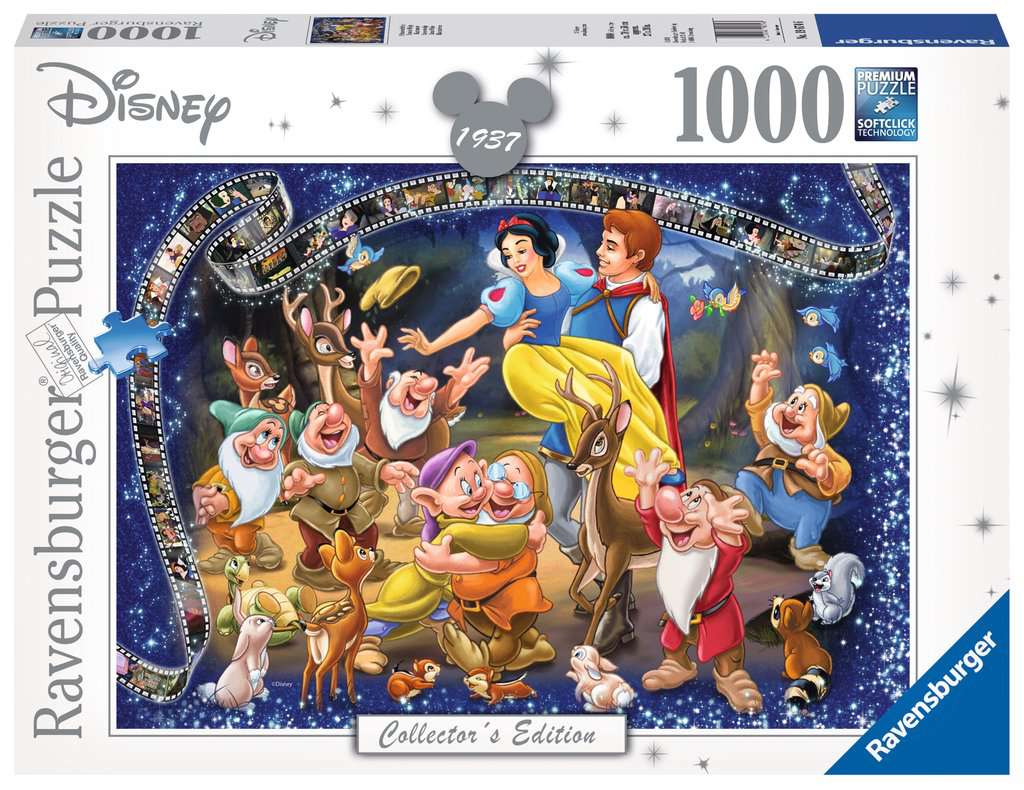 It has also collaborated with Disney to create Villainous. This popular strategy board game requires each player takes on the role of a different Disney villain, such as Malificent, Ursula, Captain Hook, or the Queen of Hearts, to name a few. Each villian has their own personal goal to achieve that is thematic to their universe. Whoever achieves their goal first wins the game. 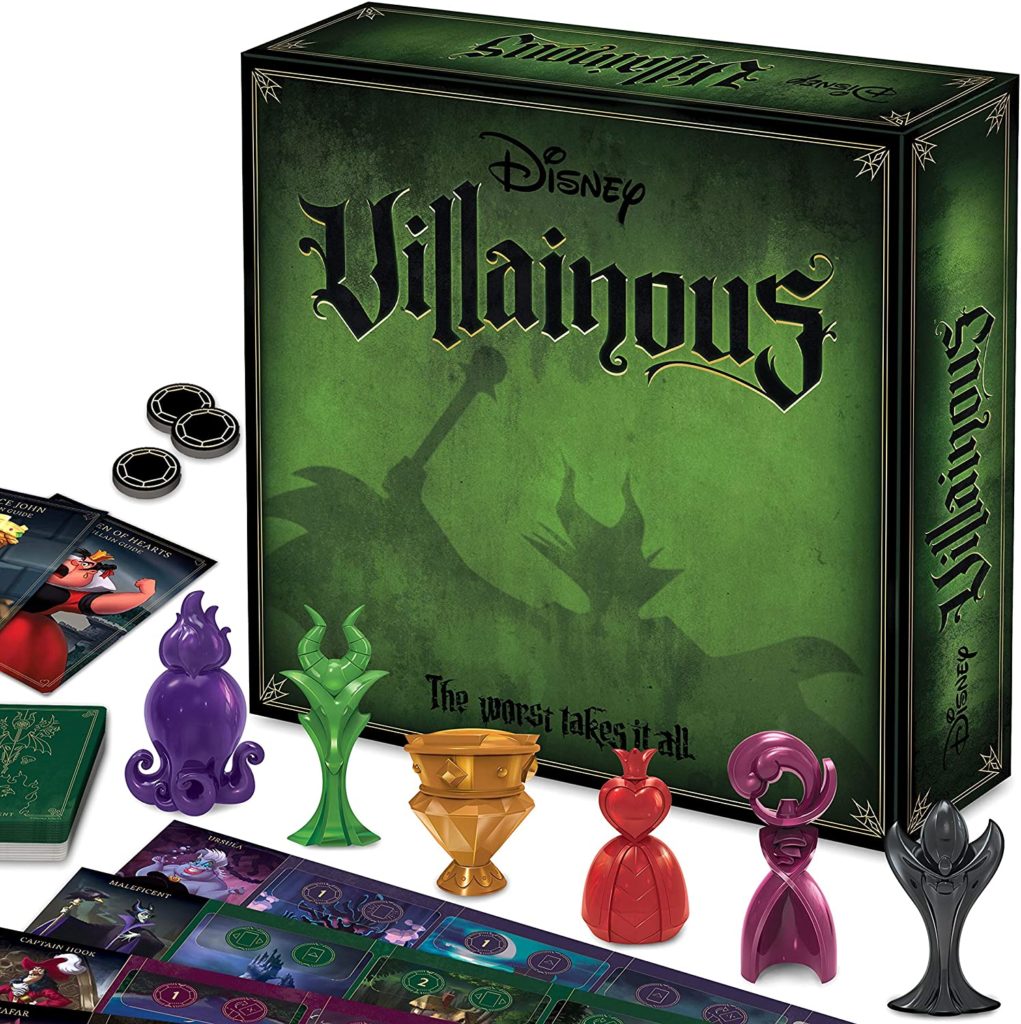 Villainous launched in 2018. It now offers a wide variety of expansions, containing villains from across the Disney, Pixar, Marvel and Star Wars universes. Each expansion boasts its own collection of villains. They can be played on their own, or combined with any other version of the game. 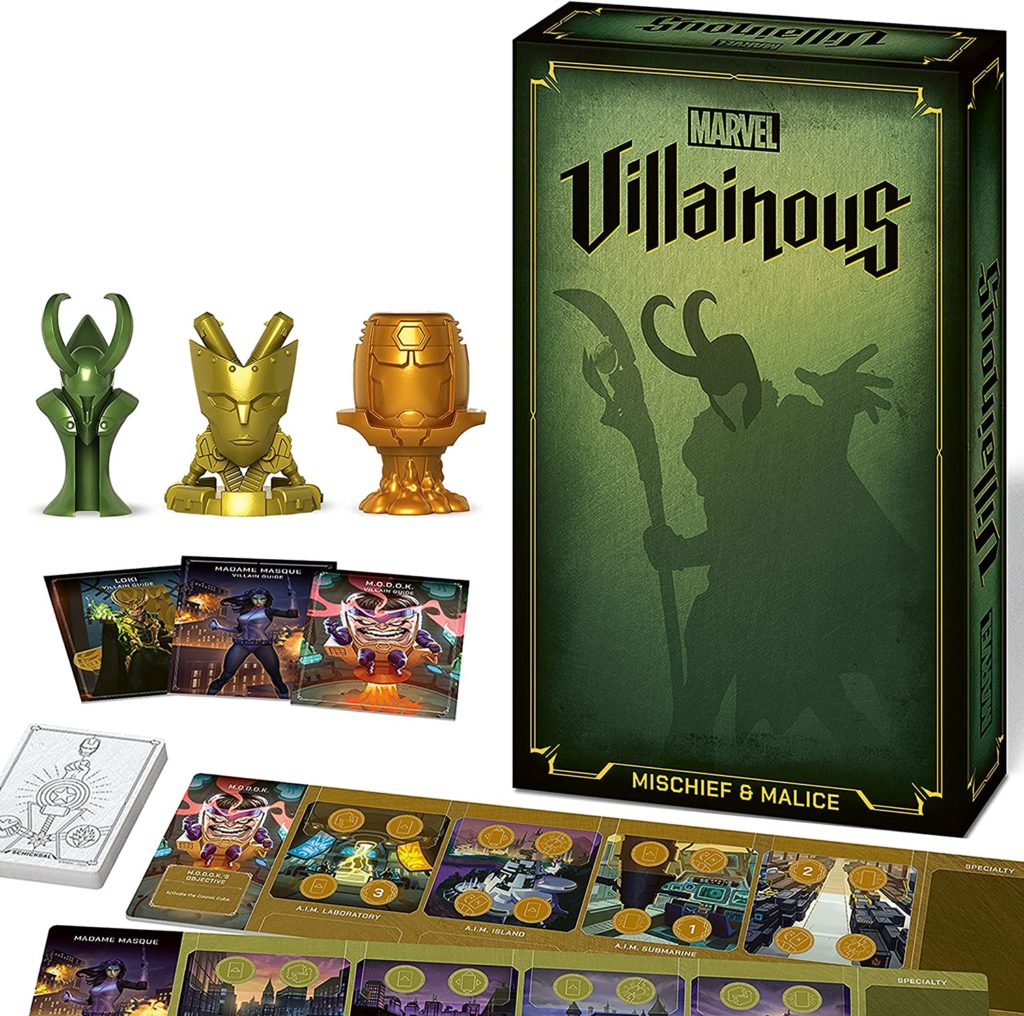 Taking Things to the Next Level 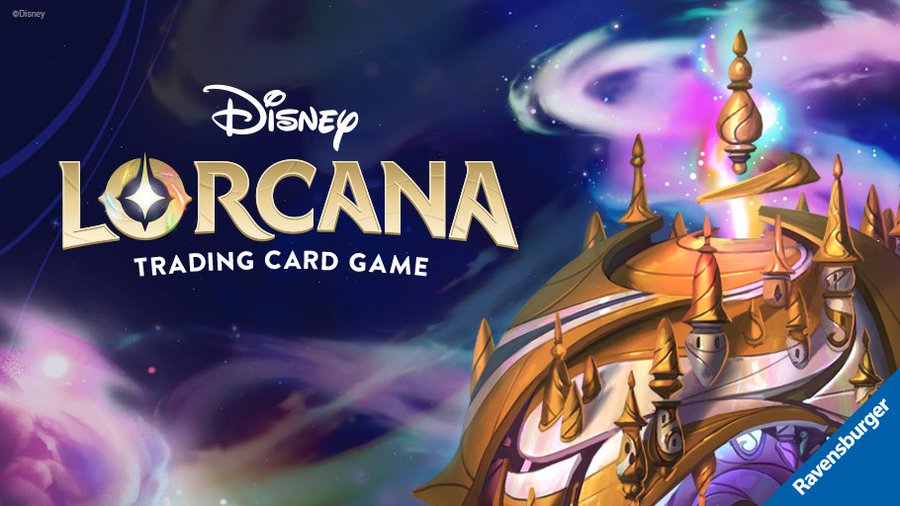 Lorcana will be easy to learn from those unfamiliar with TCG games, but will also offer plenty of stragey for experienced TCG players.

The game is set in the fantasy world of Lorcana. The clever name combines two words – Lore (meaning folklore or mythology) and Arcana (meaning secrets or mysteries). Players wil become an Illumineer – a powerful sorcerer – and gather Disney characters from “The Great Illuminary,” a treasury of all Disney songs and stories ever made. “The Disney Lorcana team is an incredible and passionate group with over a century of combined experience creating trading card games. Great care has gone into delivering an unforgettable world and gameplay experience that will be equally fun for Disney superfans, trading card game beginners, and the most enthusiastic and advanced players.”

D23 atendees who took a tour of the Disney Lorcana booth received the Brave Little Tailor card, along with a pin (while supplies lasted). 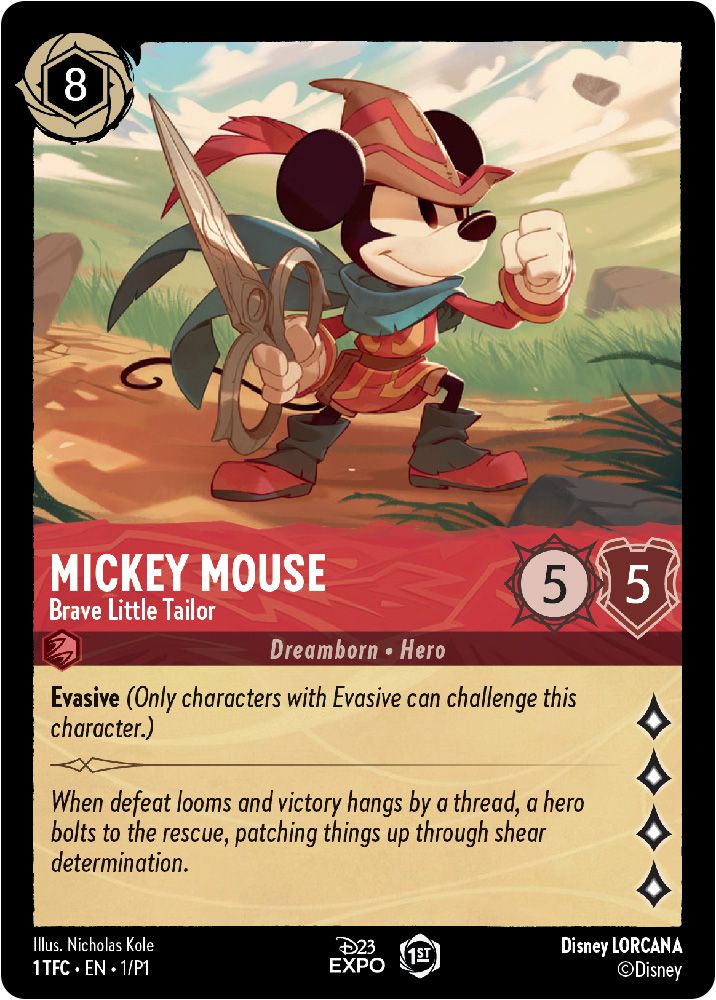 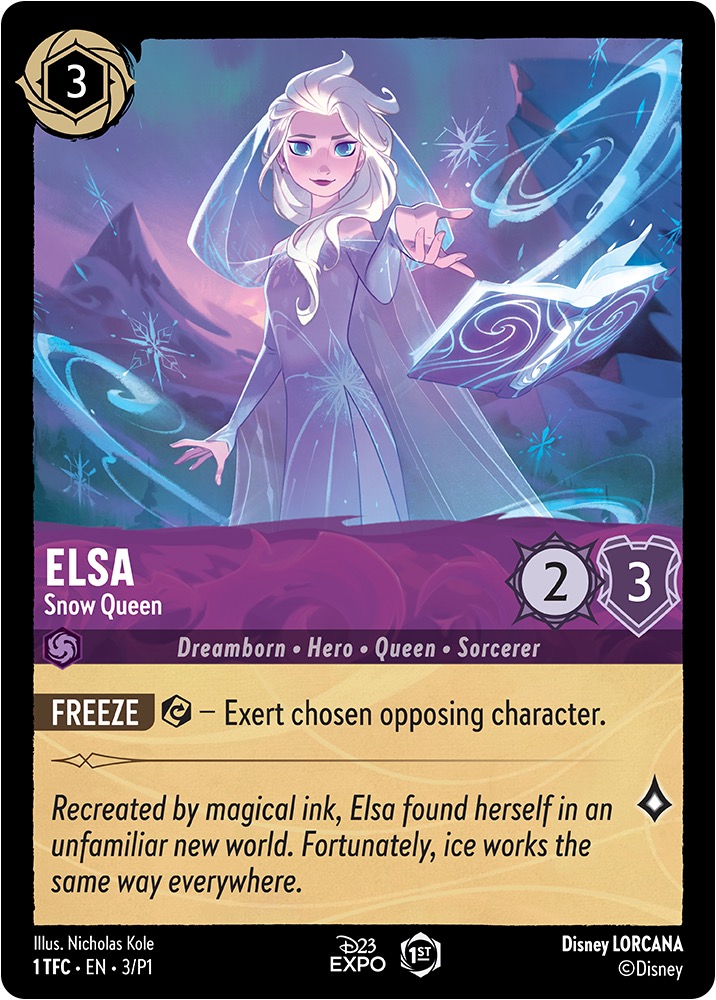 Disney Lorcana will be available globally in Fall 2023. Four new card sets will be released each year and there will be an organized play program to accompany the game. 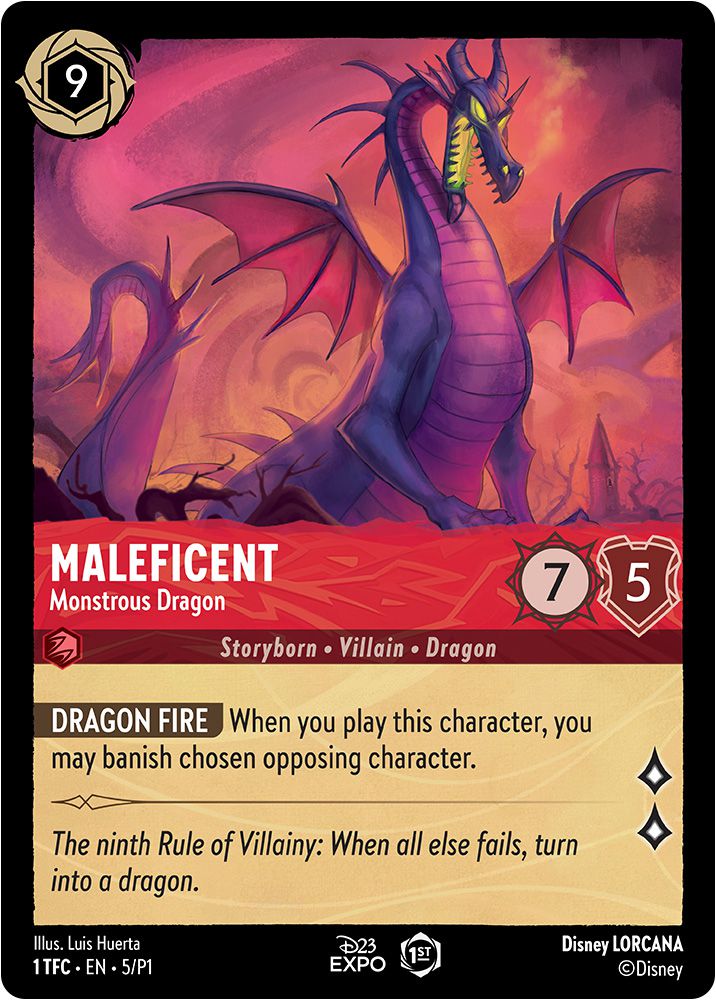 For those of us who miss Sorcerers of the Magic Kingdom, this incredible game collaboration is sure to fill the gap in an epic way. We can’t wait to play!