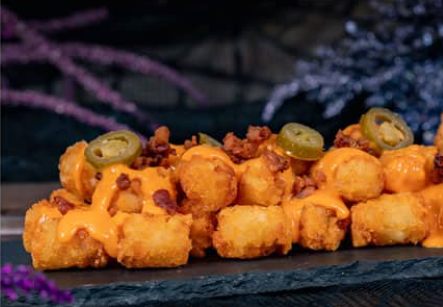 Fall has definitely arrived and we’ve got new menu items to prove it!  Disney is giving us a sneak peek of some noteworthy treats coming to both Disneyland and Disney World and we hope you brought your appetites!

Start your morning off right with this lighter, healthier option.  The plant-based Acai Bowl is a combination of house-made acai, sorbet, strawberries, bananas, blueberries, granola and agave!

Another fabulous way to start the morning this breakfast wrap is made with egg whites, spinach, roasted tomatoes and feta served on a flour tortilla! 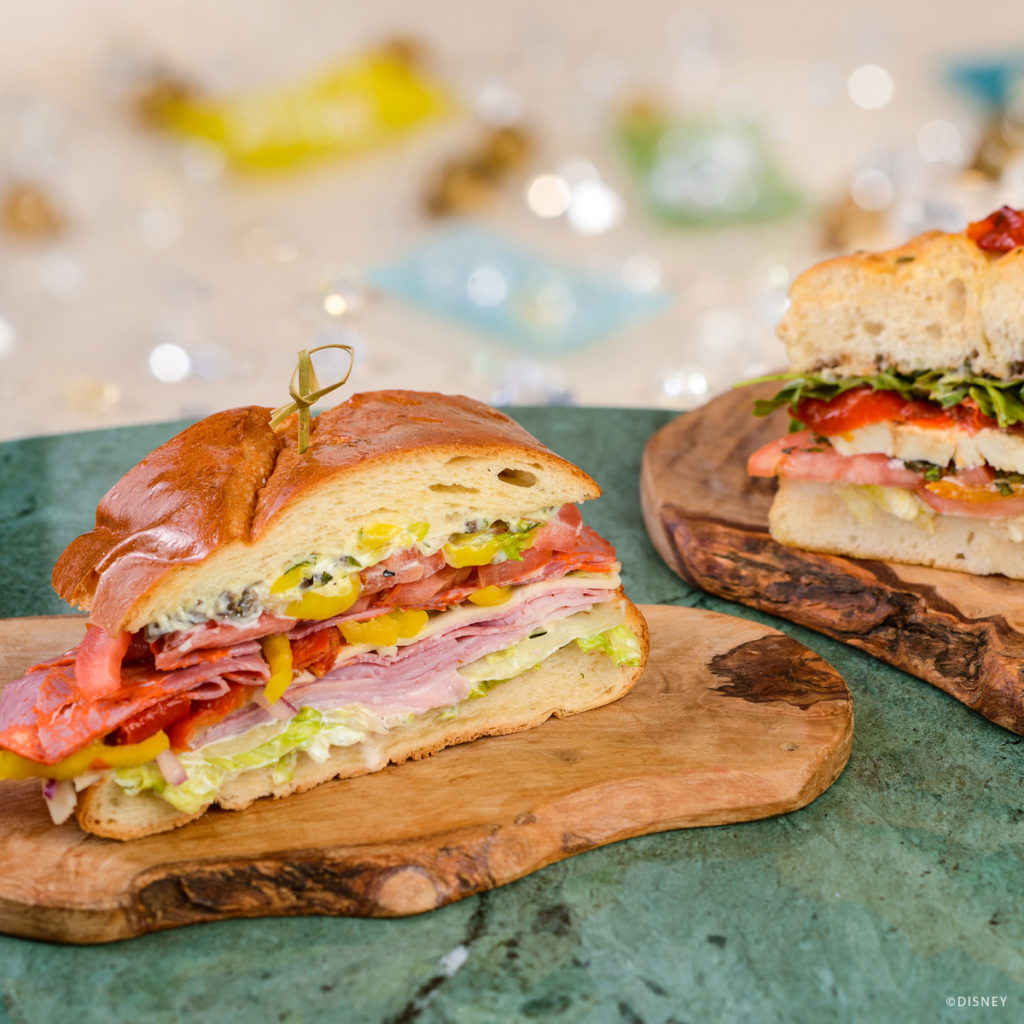 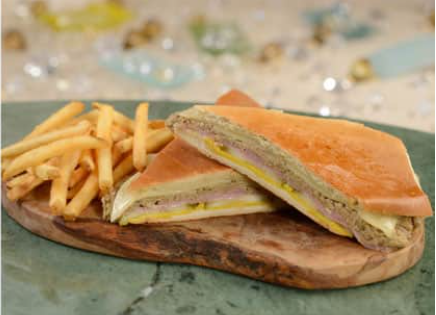 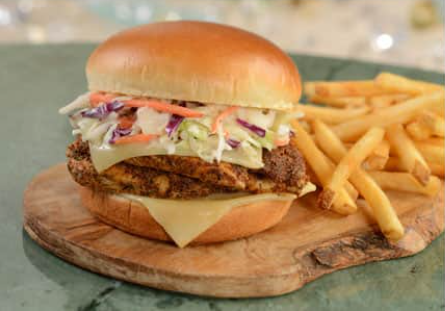 This sandwich comes with blackened chicken, pepper jack and coleslaw on a brioche bun. 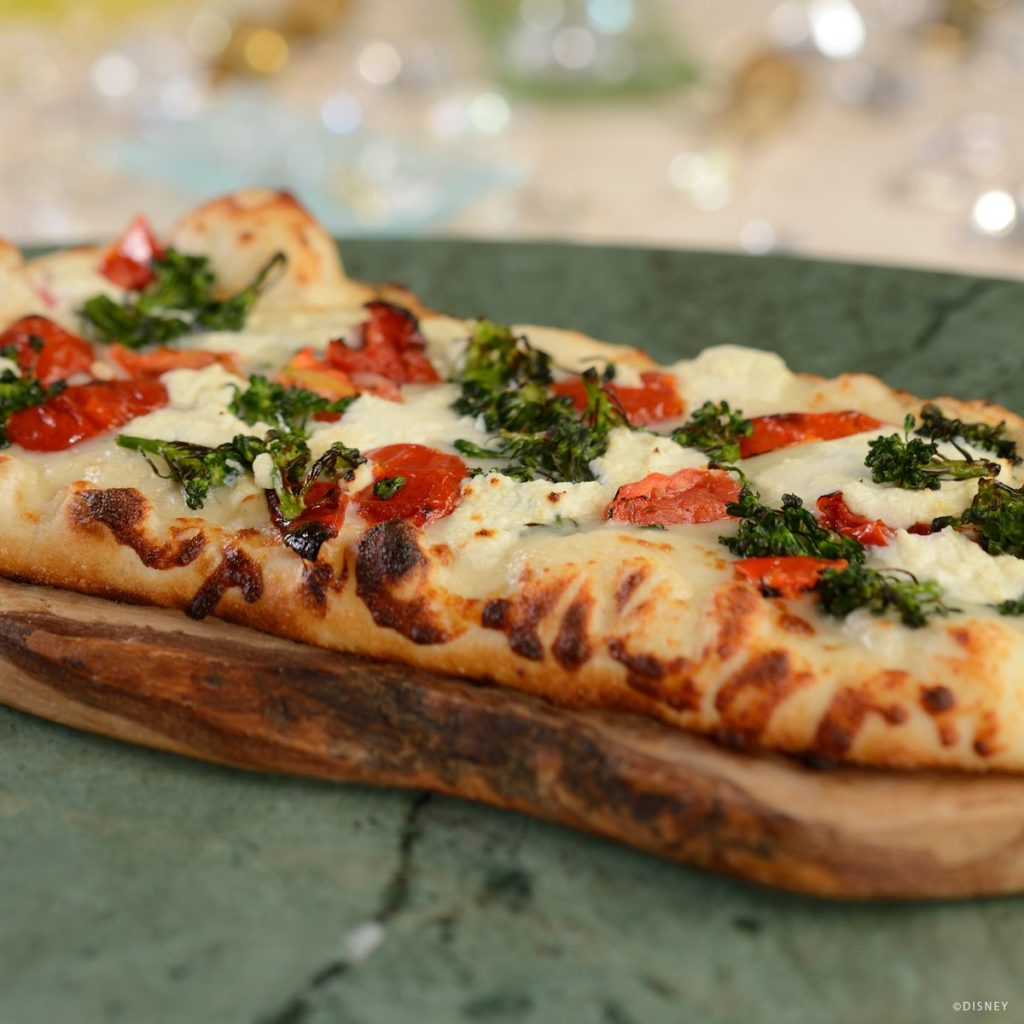 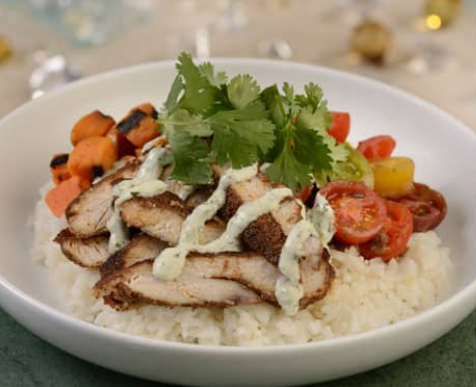 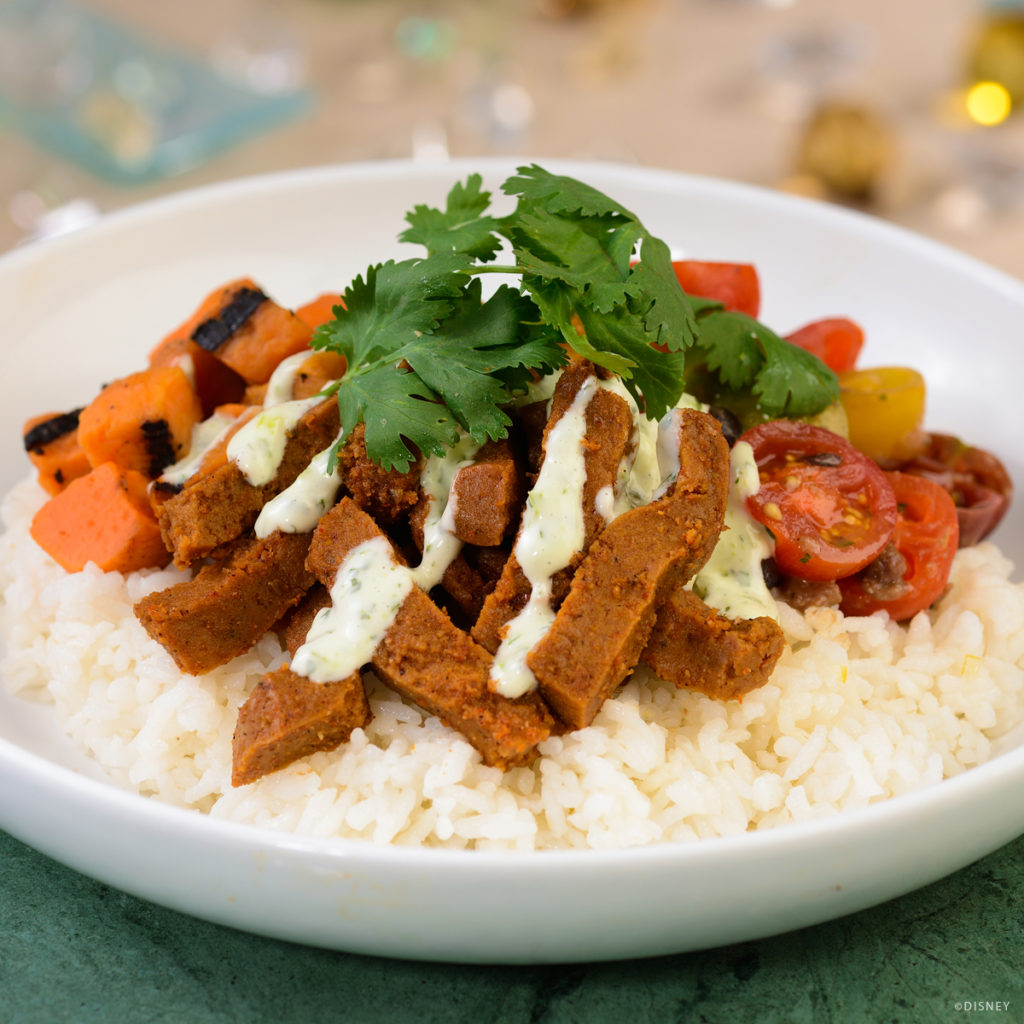 Those looking for a plant-based option are sure to love this dish featuring mojo seitan, jasmine rice, sweet potato, cilantro-scallion aioli and black bean and tomato salad. 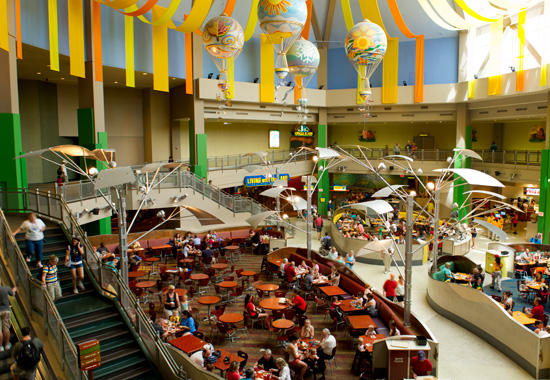 Head over to this popular quick service spot in The Land Pavilion with this new breakfast option.  Ham, egg and cheese is served up on a kaiser roll with a side of fresh fruit.

Other breakfast items to be on the lookout for at Sunshine Seasons includes Overnight Oats and classic Greek Yogurt. 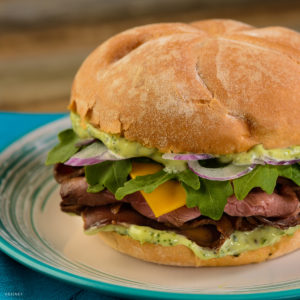 The new Roast Beef Sandwich at Sunshine Seasons is made with chilled roast beef, chimichurri aioli, cheddar, arugula and red onion on a flour-topped kaiser roll served with potato chips.

This vegetarian treat is made with roasted red pepper, red onion, tomato, arugula, hummus and balsamic vinaigrette on herbed focaccia and served with potato chips. 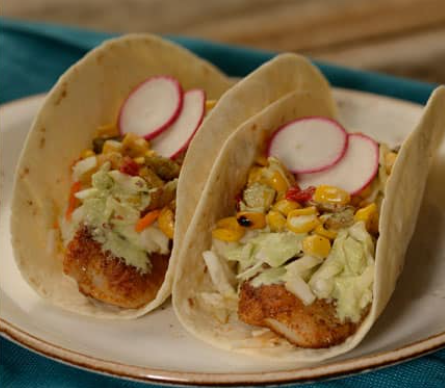 Available daily before 4pm, the tacos combine fire-roasted corn salsa, creamy jalapeno, Piri-Piri sauce and radishes.  They come with a side of plantain chips! 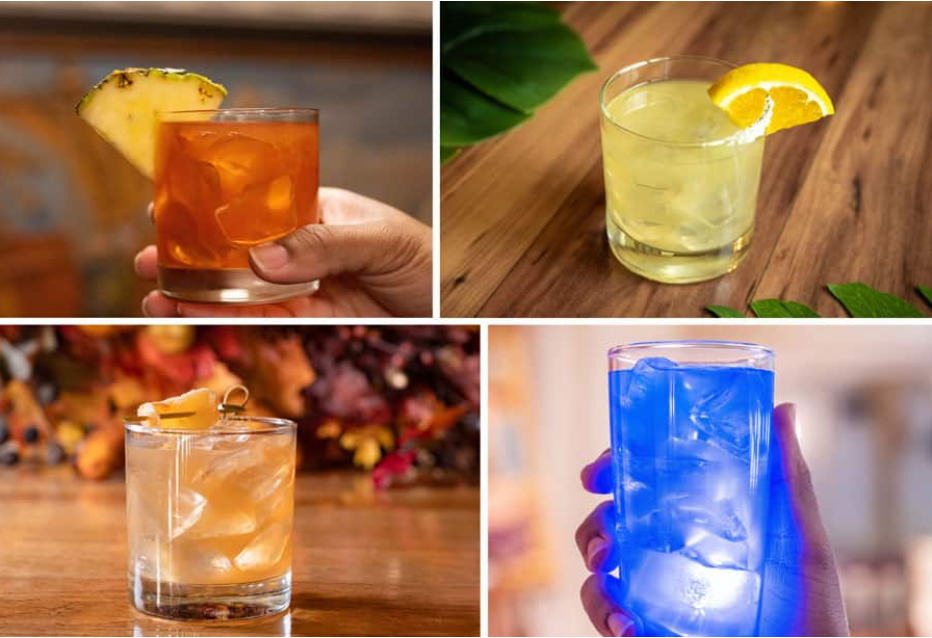 One of the new boozy drinks coming to the Magic Kingdom (which used to be teetotal) the Jungle Bird Cocktail features Gosling Black Rum, Campari, cane syrup and pineapple and lime juices.

Made with Elijah Craig Bourbon, lemon juice and honey and garnished with crystalized ginger 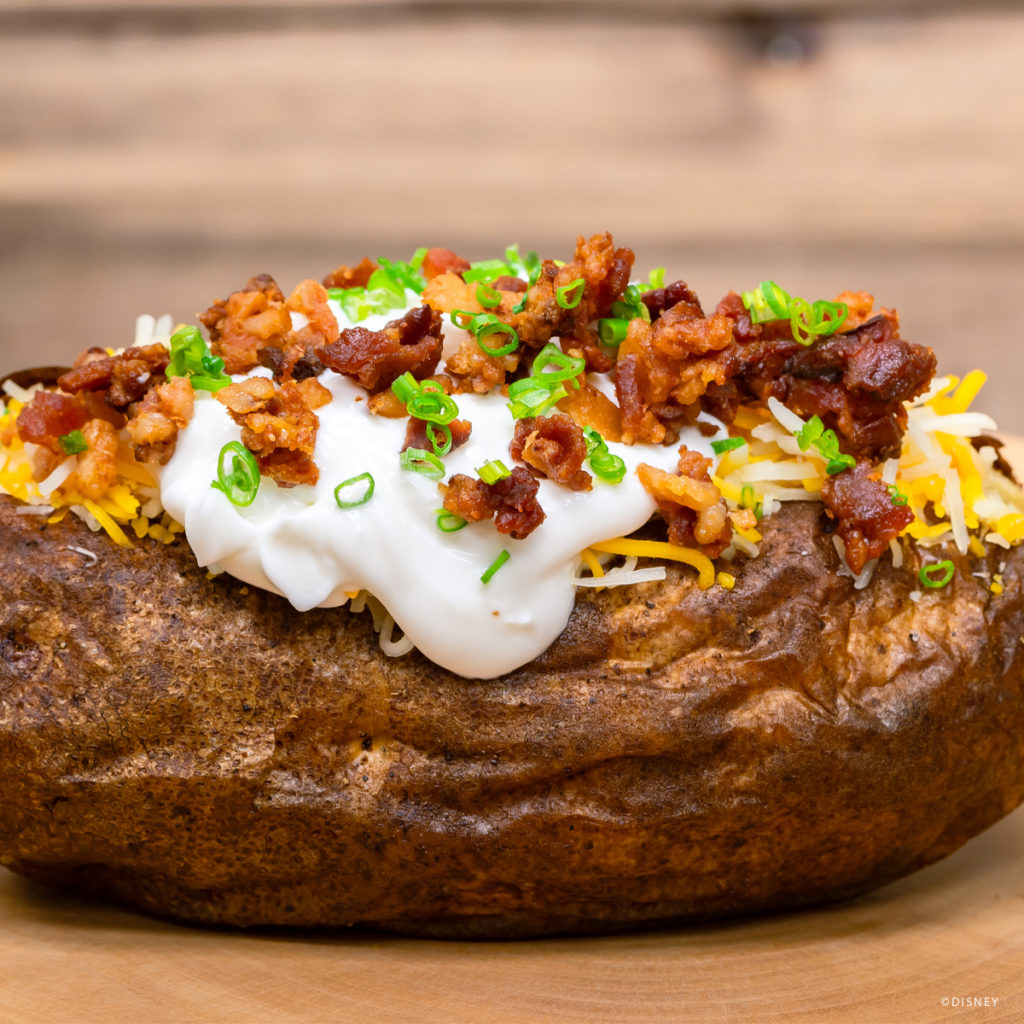 The return of a theme park favorite, this potato is topped with butter, sour cream, cheese, bacon bits and chives. 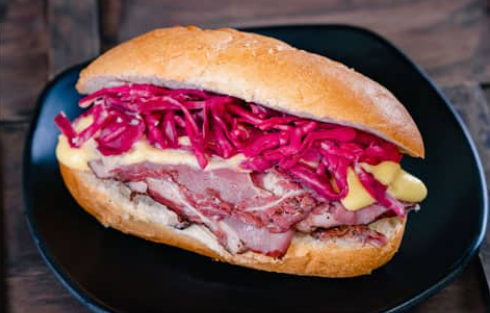 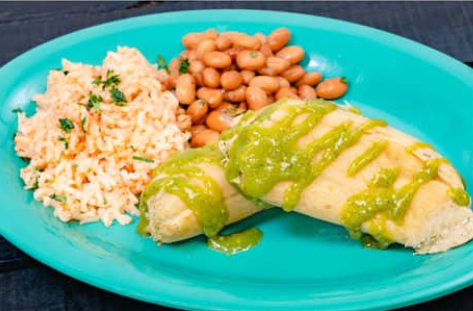 This dish is served up with green Chile tamales, Spanish rice and pinto beans. 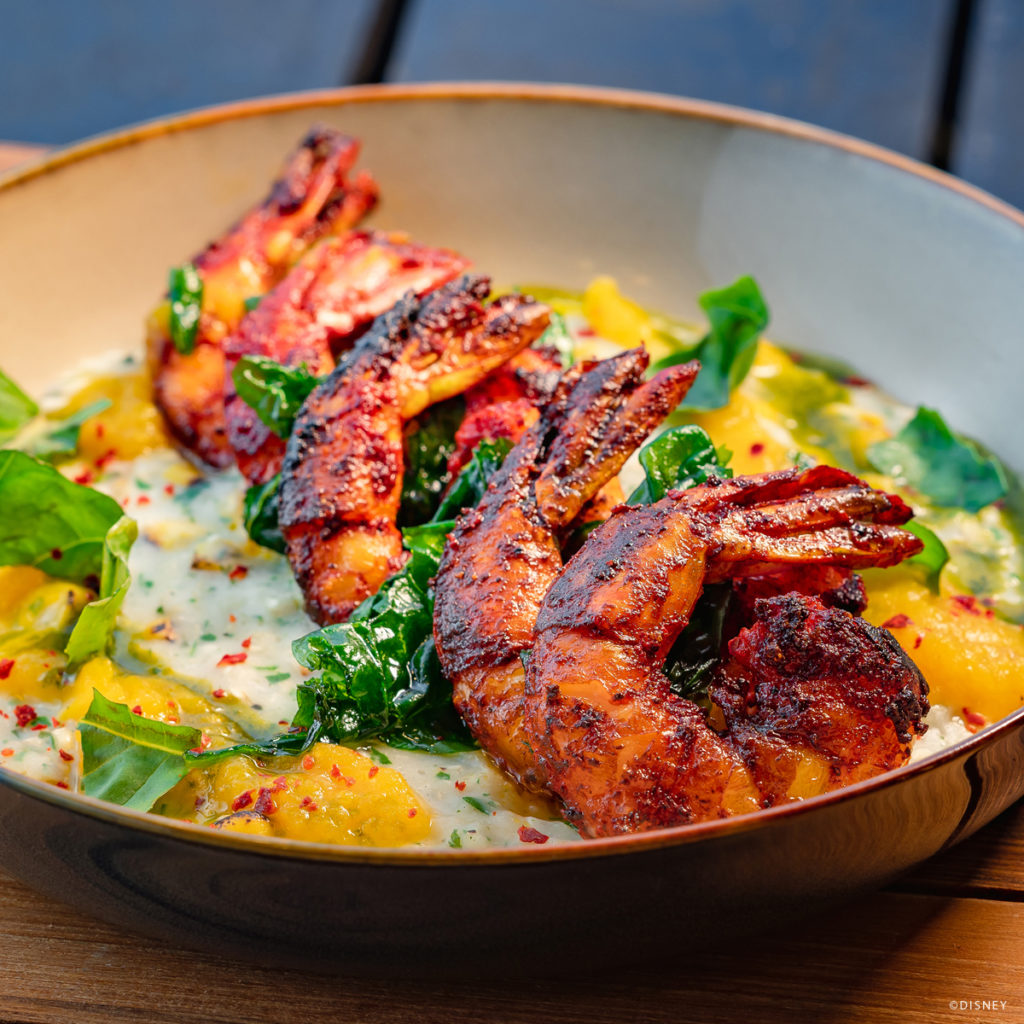 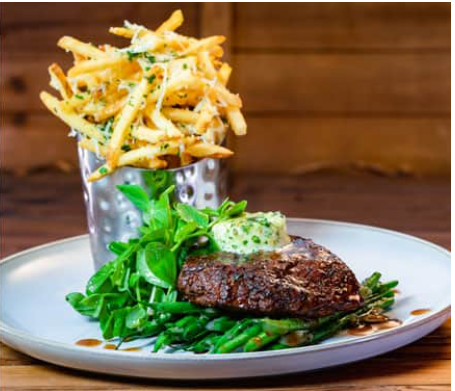 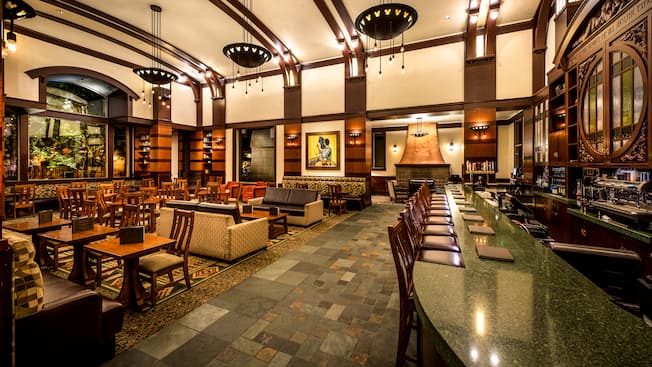 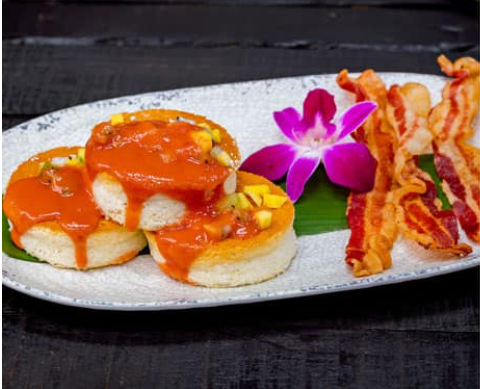 Pancakes topped with a tropical fruit blend made up of starfruit and guava syrup and served with bacon. 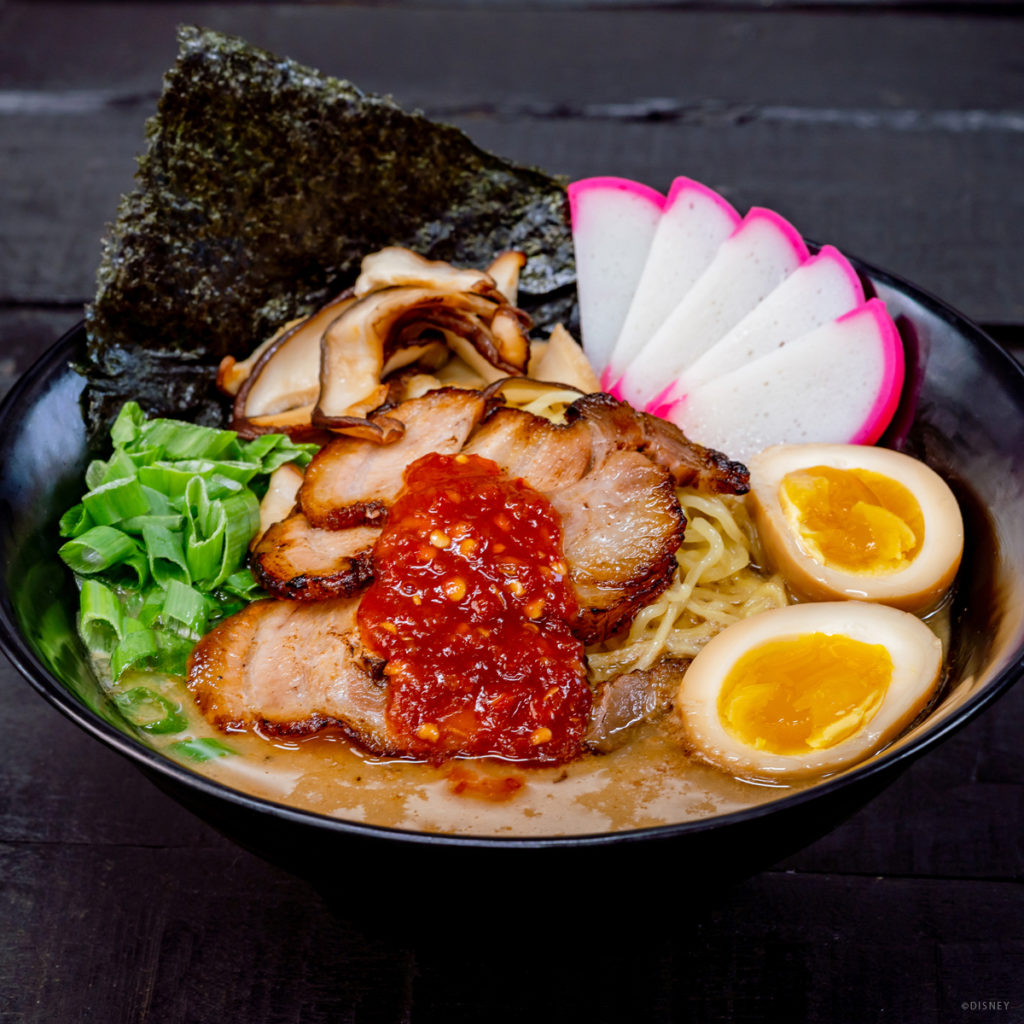 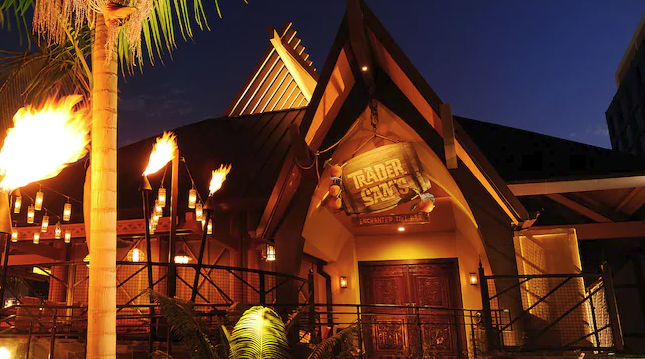 This treat has flavors of ginger, clove, nutmeg and cinnamon and is topped with cinnamon cream cheese frosting. 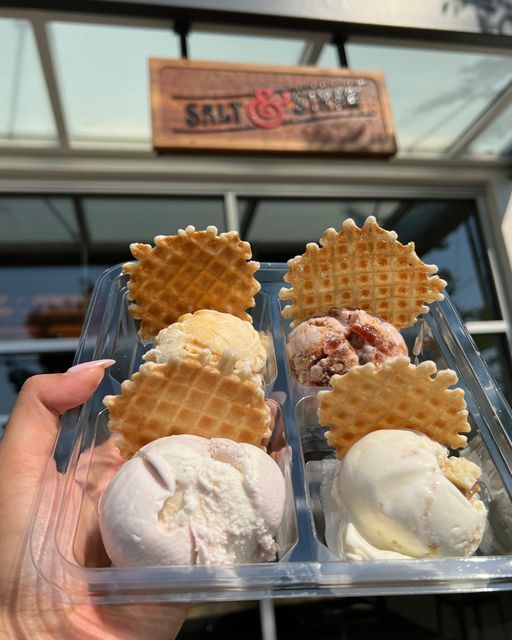 Also, Salt & Straw has their Harvest Festival Series featuring tasty flavors inspired by the season. Check them out on your next venture over to Downtown Disney District!

Don’t forget to check out the My Disney Experience and Disneyland Resort mobile apps to help you plan ahead and secure some of these amazing items on mobile order. Readers are encouraged to keep following along with MickeyBlog for further Walt Disney World news and updates. We’ll be coming to you LIVE! from the theme parks each and every week!